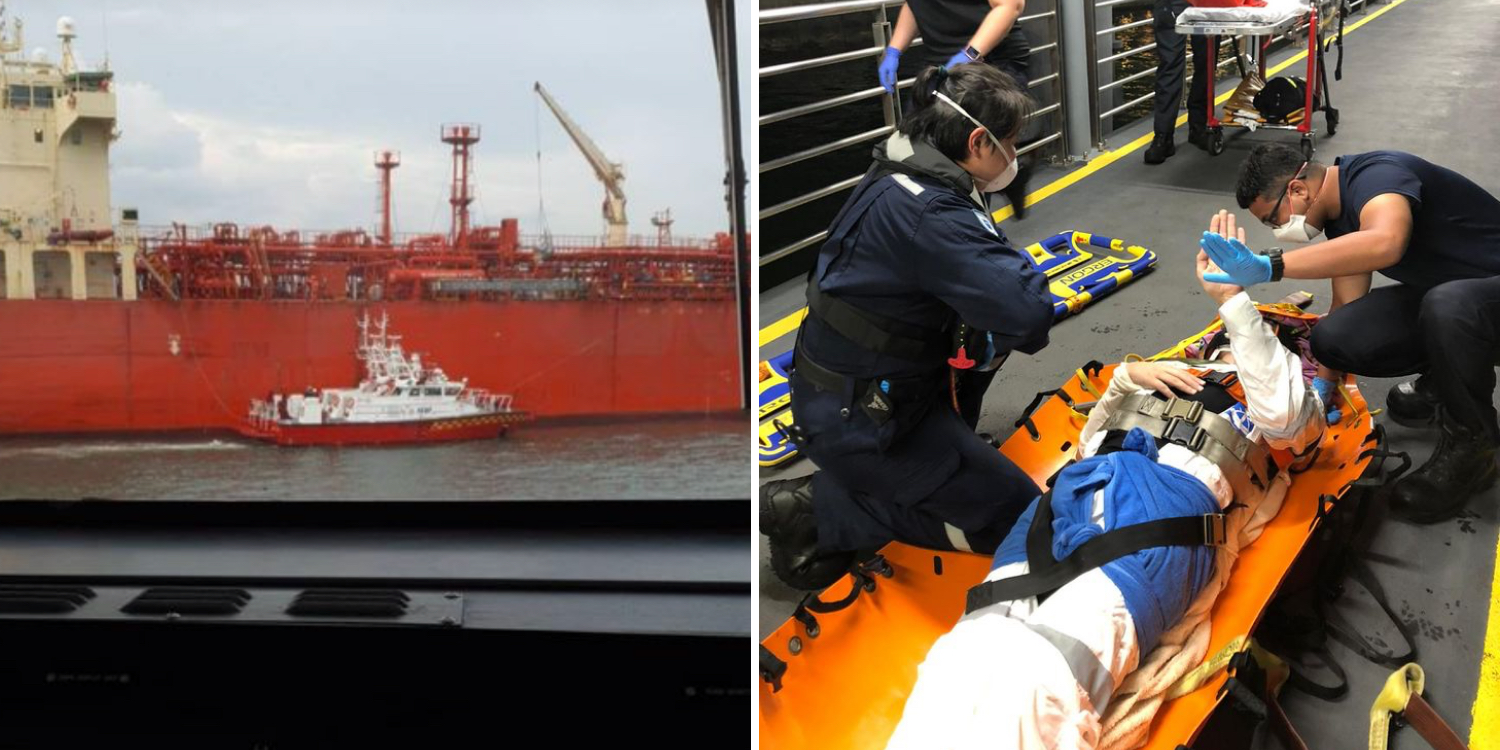 SCDF Rescues Man Who Fell On Offshore Vessel, Using Crane To Lift Him

Working on a ship comes with its own perils, especially when the nearest emergency services may be far away.

However, a man was lucky enough to only be 10km southwest of Singapore when he fell on an offshore vessel on Wednesday (2 Sep). 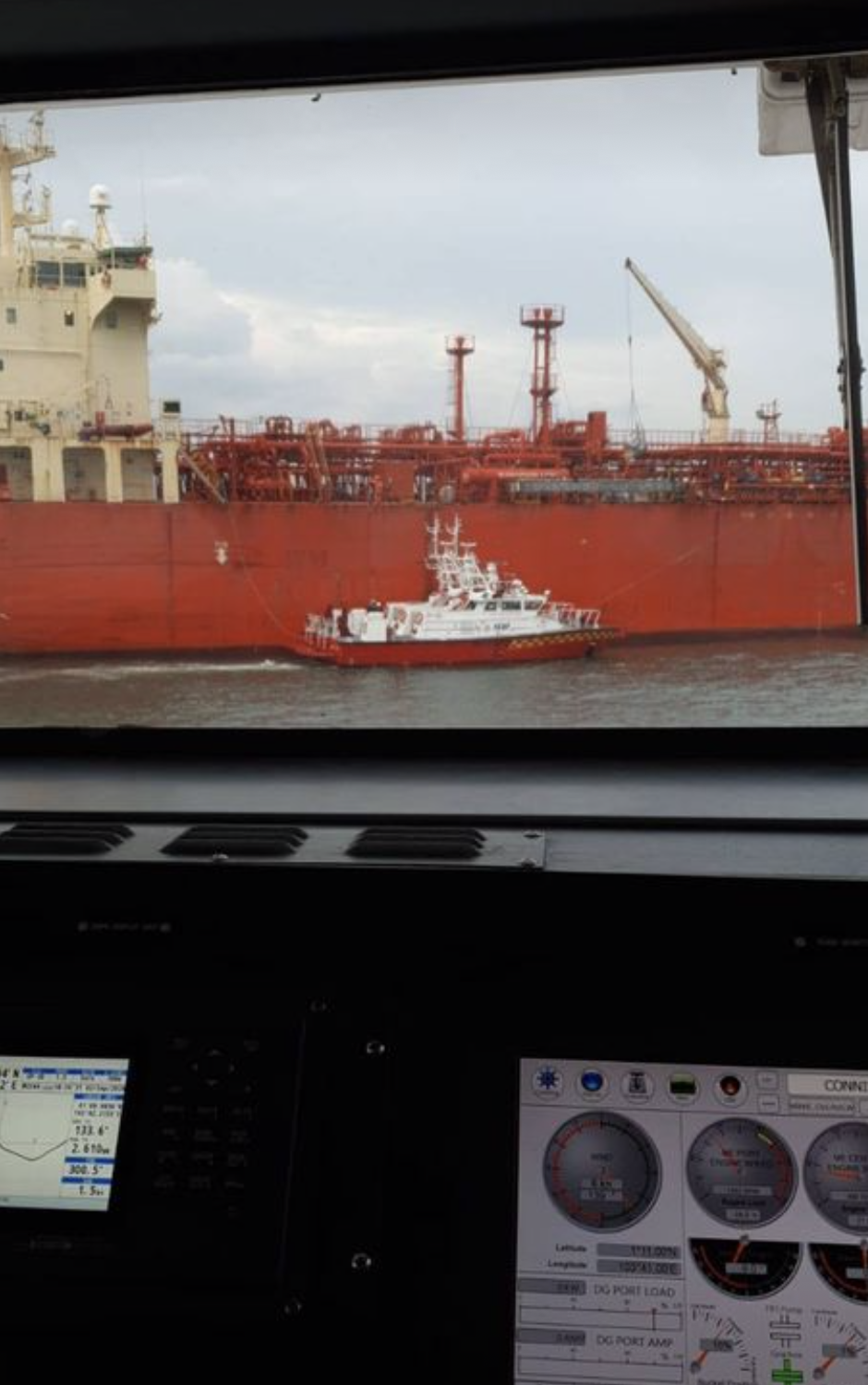 The Singapore Civil Defence Force (SCDF) was able to quickly send rescue there and bring him to the mainland for treatment.

The man was on the highest part of the offshore vessel, conscious but immobile 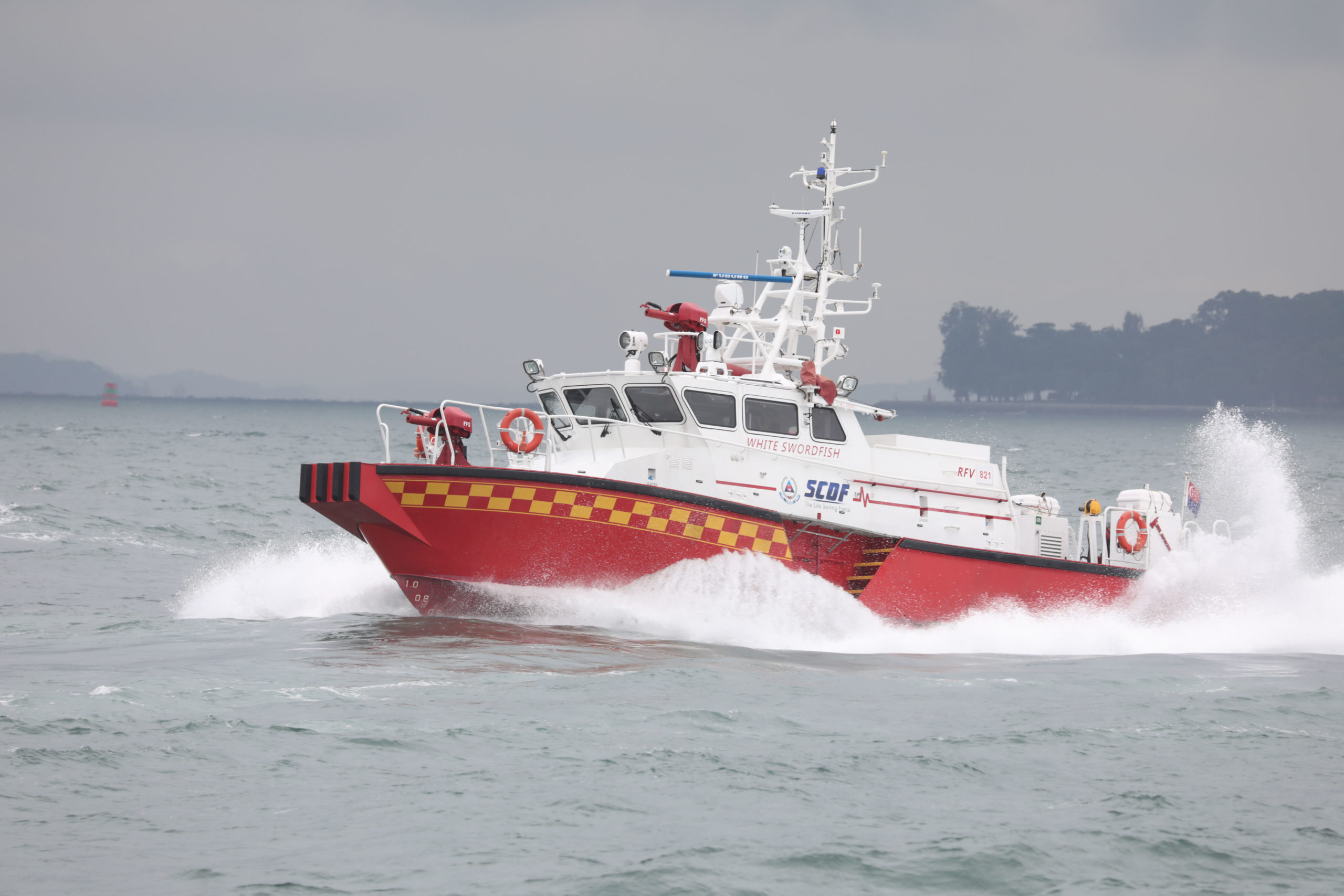 They were there to rescue a man who’d taken a fall on a ship offshore, and was unable to move.

Marine Specialists from one of the rescue vessels boarded the ship, beginning a complex rescue operation.

The man was found on the highest deck of the ship — the bridge.

As there might be broken bones due to the fall, rescuers had to take great care in handling the man. After finding the man, they proceeded to place him on a stretcher within the confined space.

It helped that the ship had utility cranes, normally used to lift cargo.

Taking great care, one of these cranes was used to lower the man to an RFV, which promptly conveyed him to West Coast Pier. SCDF then transferred the man to the National University Hospital for treatment.

Kudos to the SCDF for swift response

We’re lucky that the ship wasn’t too far away from shore — if the incident happened on open waters, rescue would be even more complicated.

This incident is also a reminder that we must take extra care when at hard-to-reach places. A utility crane may not come to your rescue if you don’t.