He wanted all his traffic jam worries to fly away.

A man has came up with a seemingly ingenious way to beat Indonesia’s horrible traffic — building his own helicopter. 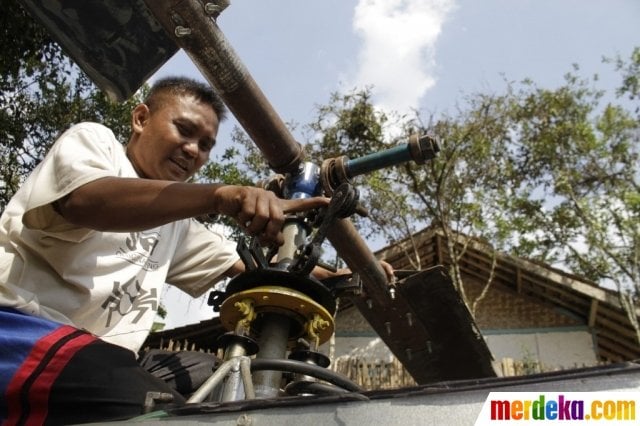 For the last 18 months, Jujun Junaedi, 42, dedicates his free time to building a helicopter in his backyard with instructional videos as his guide.

According to Channel NewsAsia (CNA) on Thursday (28 Nov), he dreams of flying back to his hometown Sukabumi one day, in his self-built helicopter.

Hometown is 110km away from Jakarta

Mr Junaedi saw Indonesia’s notorious traffic jams as a waste of both his time and money.

It’s so incredibly frustrating. You run out of petrol and it’s a waste of time.

The congestion was terrible but unavoidable as his hometown is located 110km away from the capital. 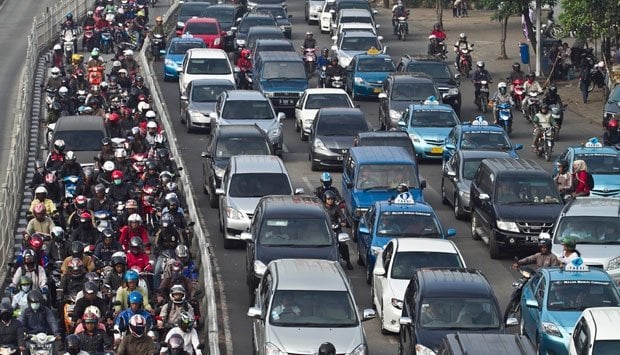 According to The Jakarta Post, traffic jams in the city are so serious that Jakartans spend around 22 days per year stuck in traffic.

Builds his own helicopter using scraps

The helicopter was built using scraps from Mr Junaedi’s auto repair shop. The do-it-yourself (DIY) project has been going on for 18 months so far. 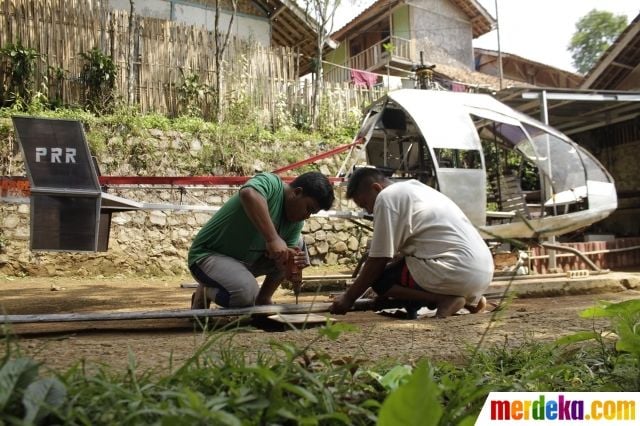 The spirit of neighbourliness is strong among them, as he got his son and neighbour to help him build it. 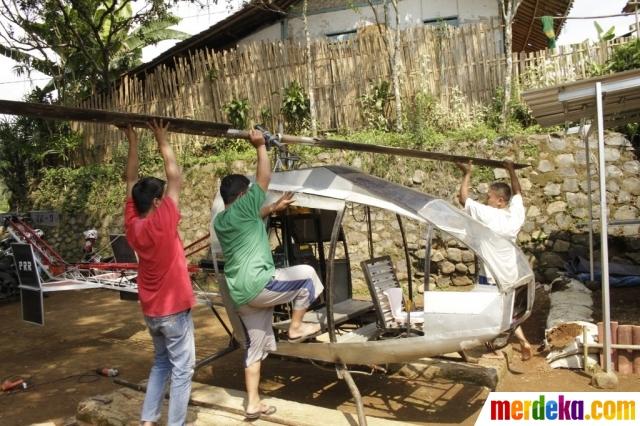 Mounting costs more of a problem than airworthiness

Although the helicopter was made of mostly scraps, it has cost 30 million rupiah (~S$2,860) to build because other parts need to be purchased. 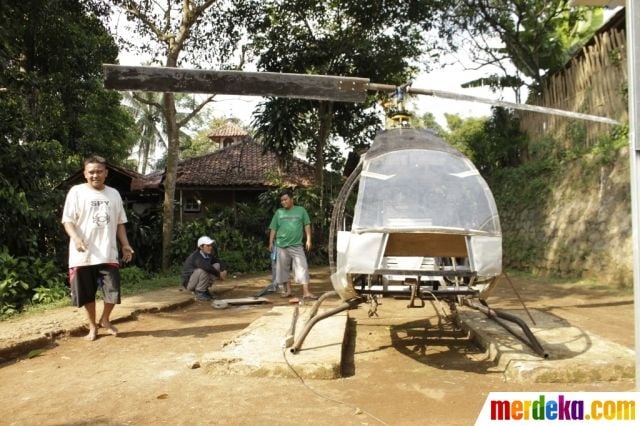 The cost of Mr Junaedi’s ambitious project worries his wife, Yeti, who says that parts like engines and blades cost are expensive.

She is afraid that they won’t have enough left to feed the family if “everything is spent on this helicopter”.

Mr Junaedi’s project is definitely one of the most creative attempts at avoiding traffic jams.

However, it’s still not known whether the helicopter can be successfully operated. He doesn’t have high hopes for his homemade helicopter, though.

As long as my helicopter takes off then I’ll be satisfied.

What do you think of Mr Junaedi’s ambitious project? Let us know in the comments below.