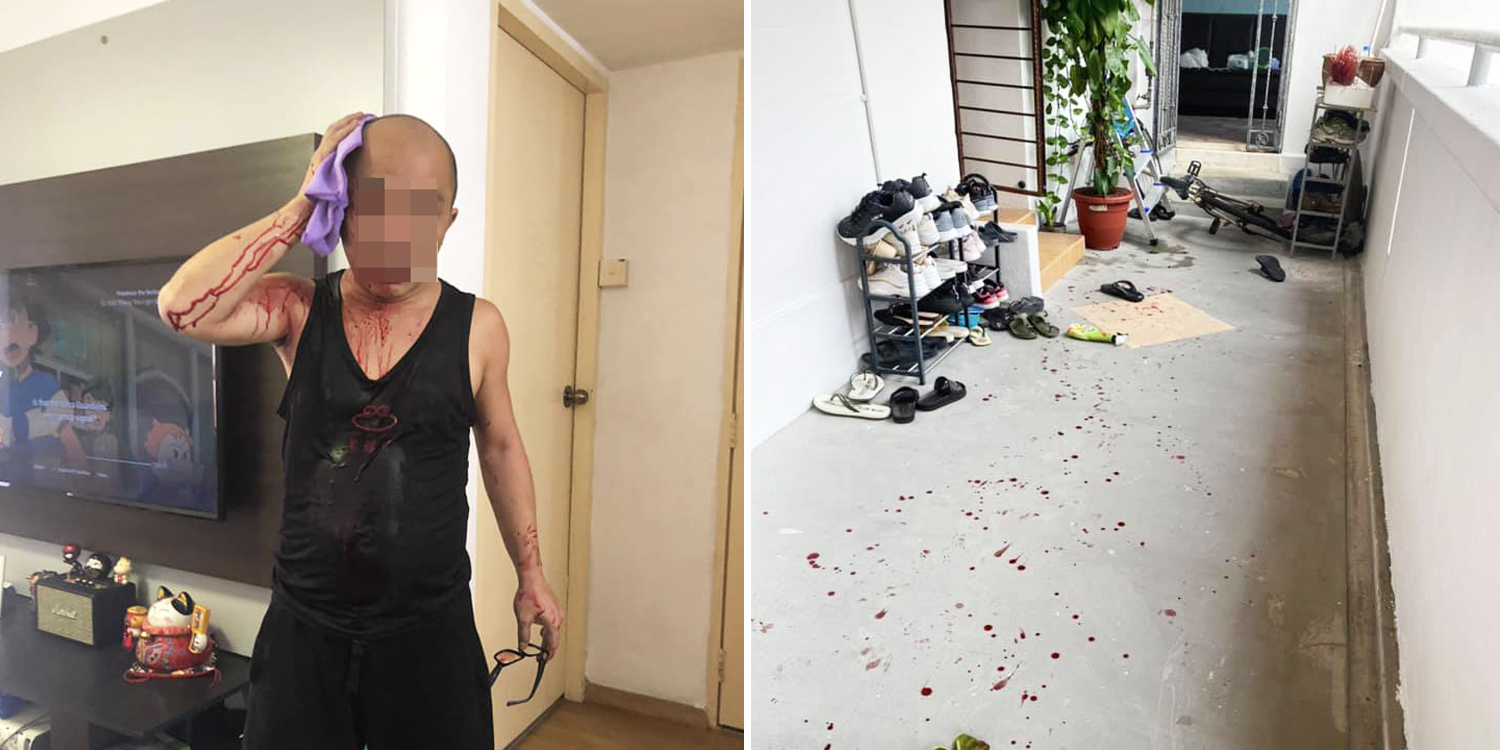 Man Allegedly Hit With Bike Chain By Neighbour On 12 Jun

The 47-year-old victim suffered a laceration on the head, reports STOMP.

In land-scarce Singapore, many of us live in close proximity to our neighbours. As a result, over time, there can be some friction between one another.

But sometimes, the situation could escalate into a serious one.

On Saturday (12 Jun), a man living in Ang Mo Kio was allegedly attacked with a bike chain by one of his neighbours.

He later took to Facebook to recount the incident, which left him bleeding profusely. 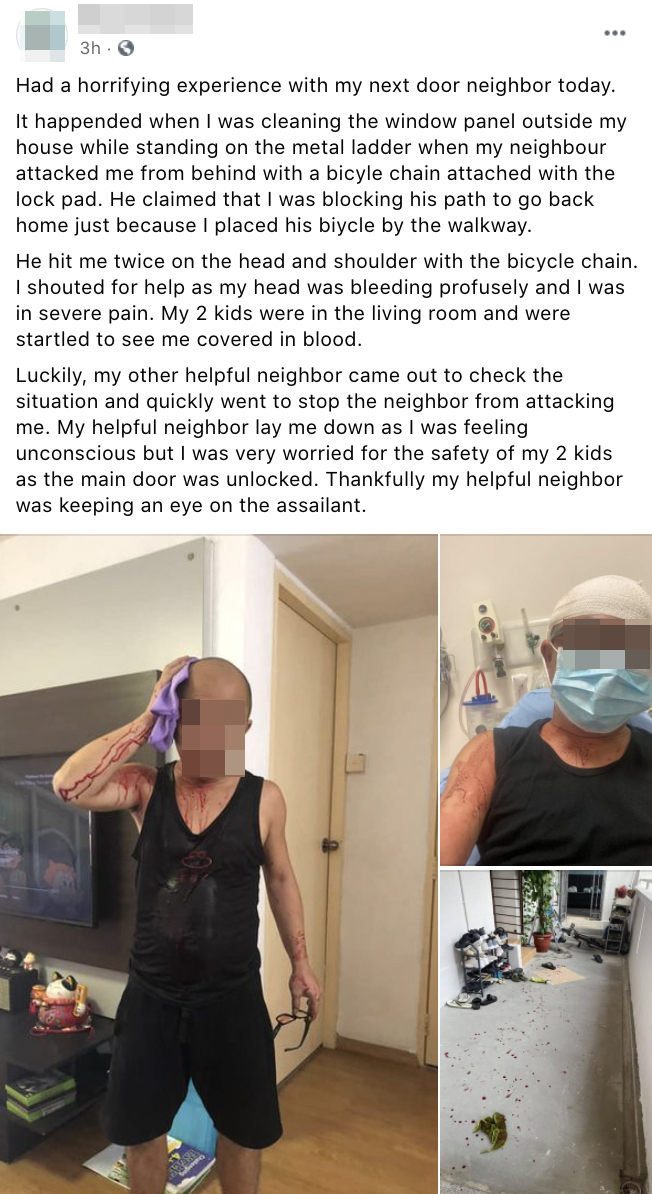 We only have a one-sided account of the incident for now. Here’s what we know so far.

The man said he used a ladder to clean the window outside his house at Block 130 Ang Mo Kio Avenue 3 on Saturday (12 Jun) morning.

Suddenly, he was allegedly attacked from behind with a bike chain attached to a padlock.

According to the Facebook post, the man was hit twice on the head and shoulder with the bike chain.

He started bleeding profusely and was in a lot of pain. 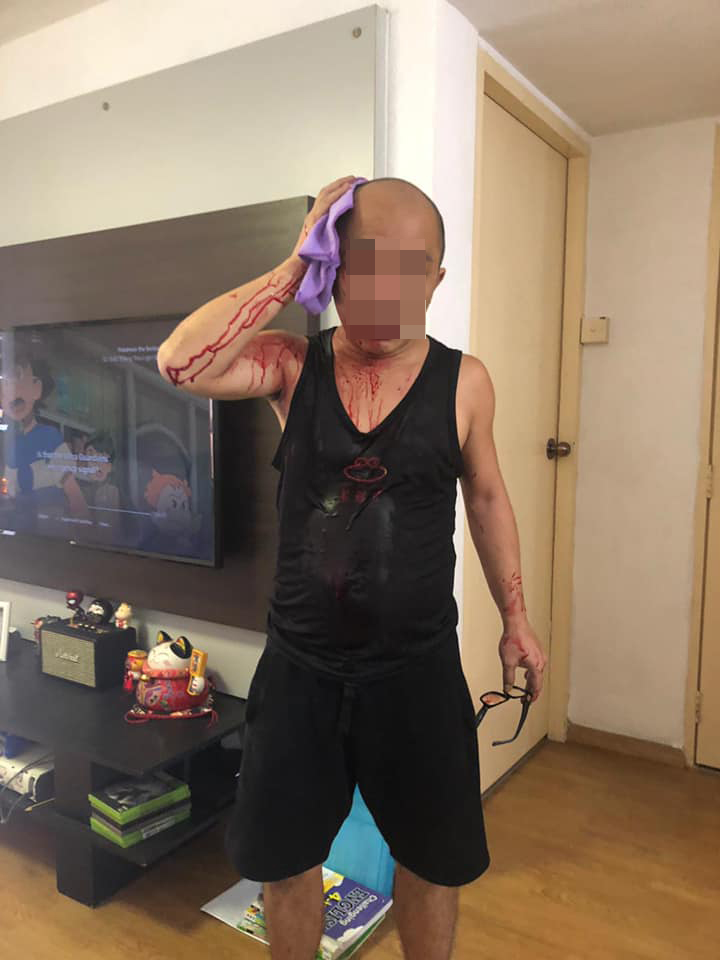 Thankfully, another neighbour heard the man’s calls for help. The neighbour sprung into action and promptly stopped the perpetrator from continuing the alleged attack.

The neighbour then helped lay the man on the ground while keeping an eye on the perpetrator.

In his Facebook post, the man expressed his gratefulness towards his kind neighbour, especially because he feared for the safety of his 2 children in the house.

The man related that he was accused of blocking his neighbour’s path home.

However, he explained that he had simply placed the neighbour’s bicycle by the walkway before the incident occurred. 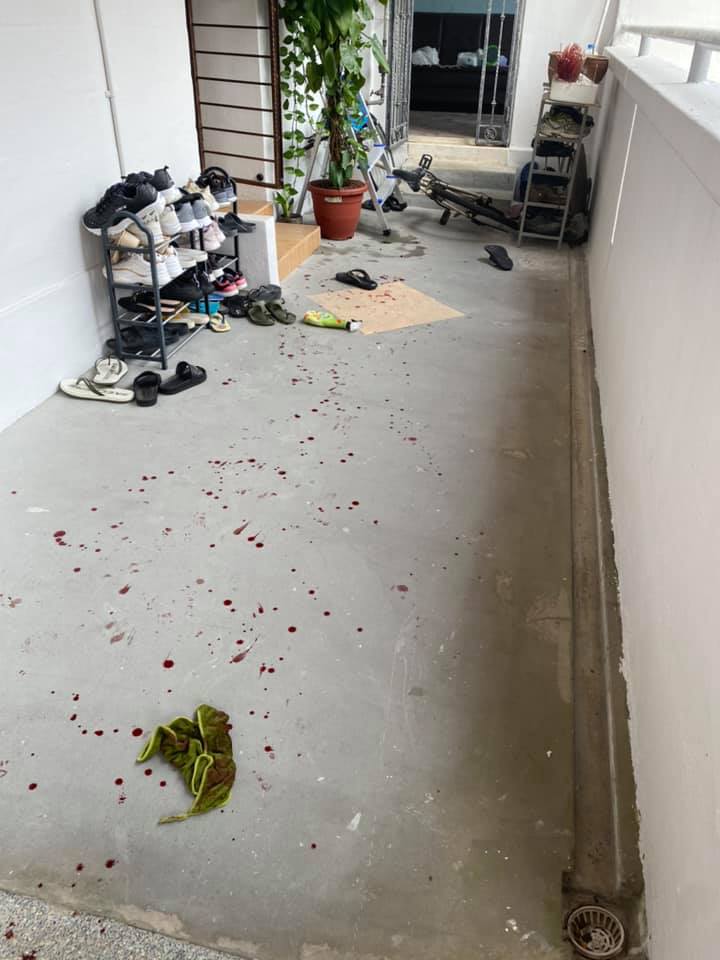 He said his 2 children were startled when they saw him covered in blood following the attack.

Although it wasn’t stated explicitly in the post, it appears that the man managed to seek medical treatment. He posted a picture of himself in bandages. 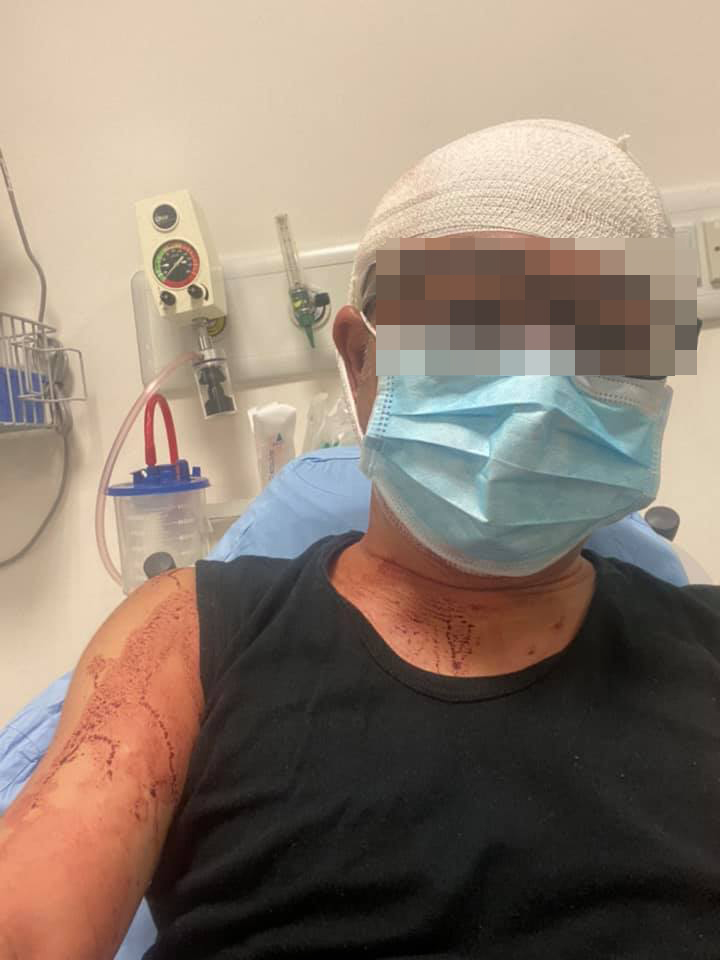 Dried blood could still be seen on his arm and neck area. Many netizens urged him to make a police report too.

We’ve reached out to the OP for more information.

We may not have heard the neighbour’s side of the story at press time. But no matter the circumstances, violence should never be the answer.

It is also a criminal offence to voluntarily cause hurt.

We wish the man a speedy recovery from his injuries. Then, hopefully, he and his neighbour can work things out and resolve their differences amicably.