Man Allegedly Jumps Out Of Moving Vehicle After Quarrel With Wife, 1 Person Conveyed To Hospital 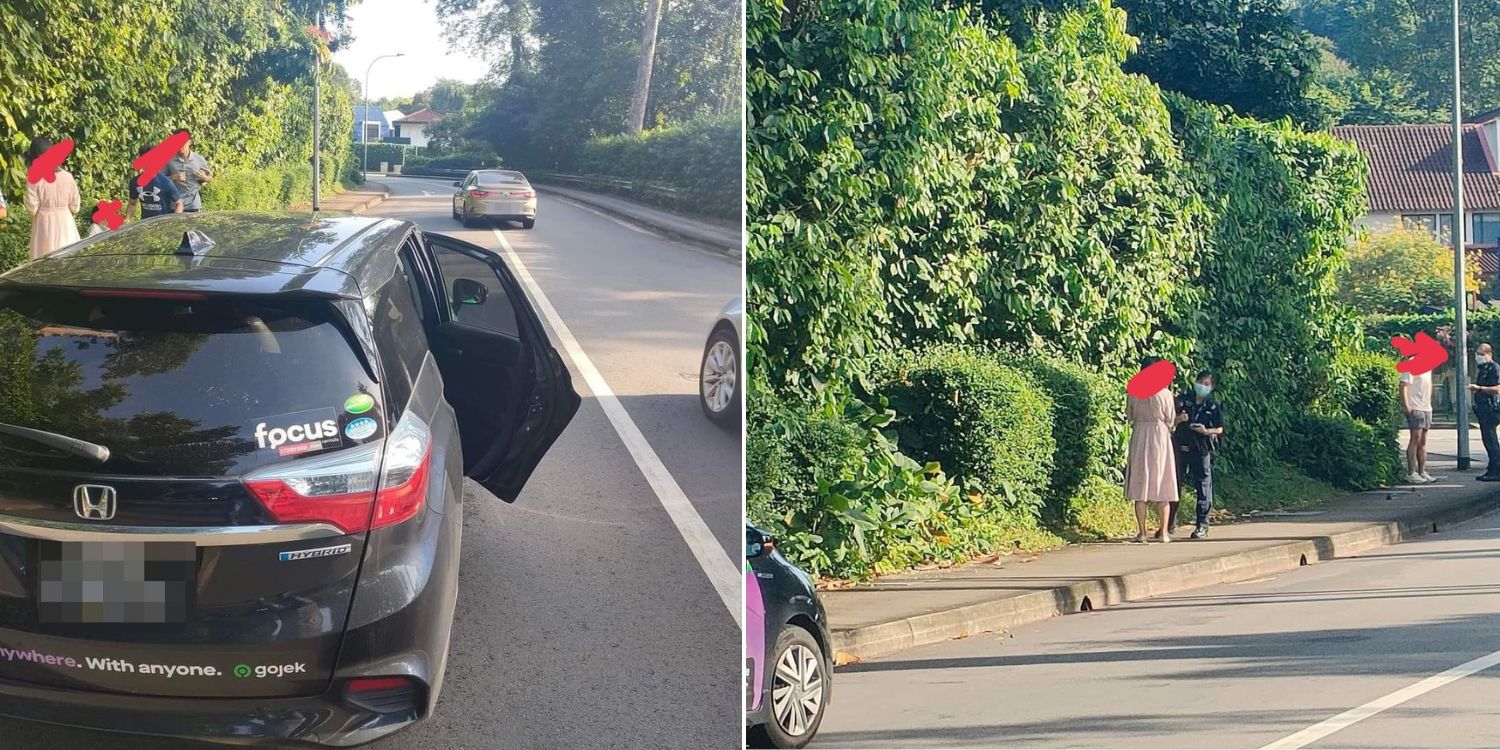 The man was apparently seen bleeding from his arms and legs.

Man Allegedly Jumps Out Of Moving Vehicle After Quarrel In Tanglin

Jumping out of a moving vehicle seems almost like a stunt out of a Bond movie that only trained professionals dare attempt.

A man in Singapore, however, allegedly did just that after a squabble with his wife.

On Saturday (23 Jul) morning, a private-hire vehicle (PHV) driver took to Facebook to share about the incident that took place as he was driving in Tanglin. 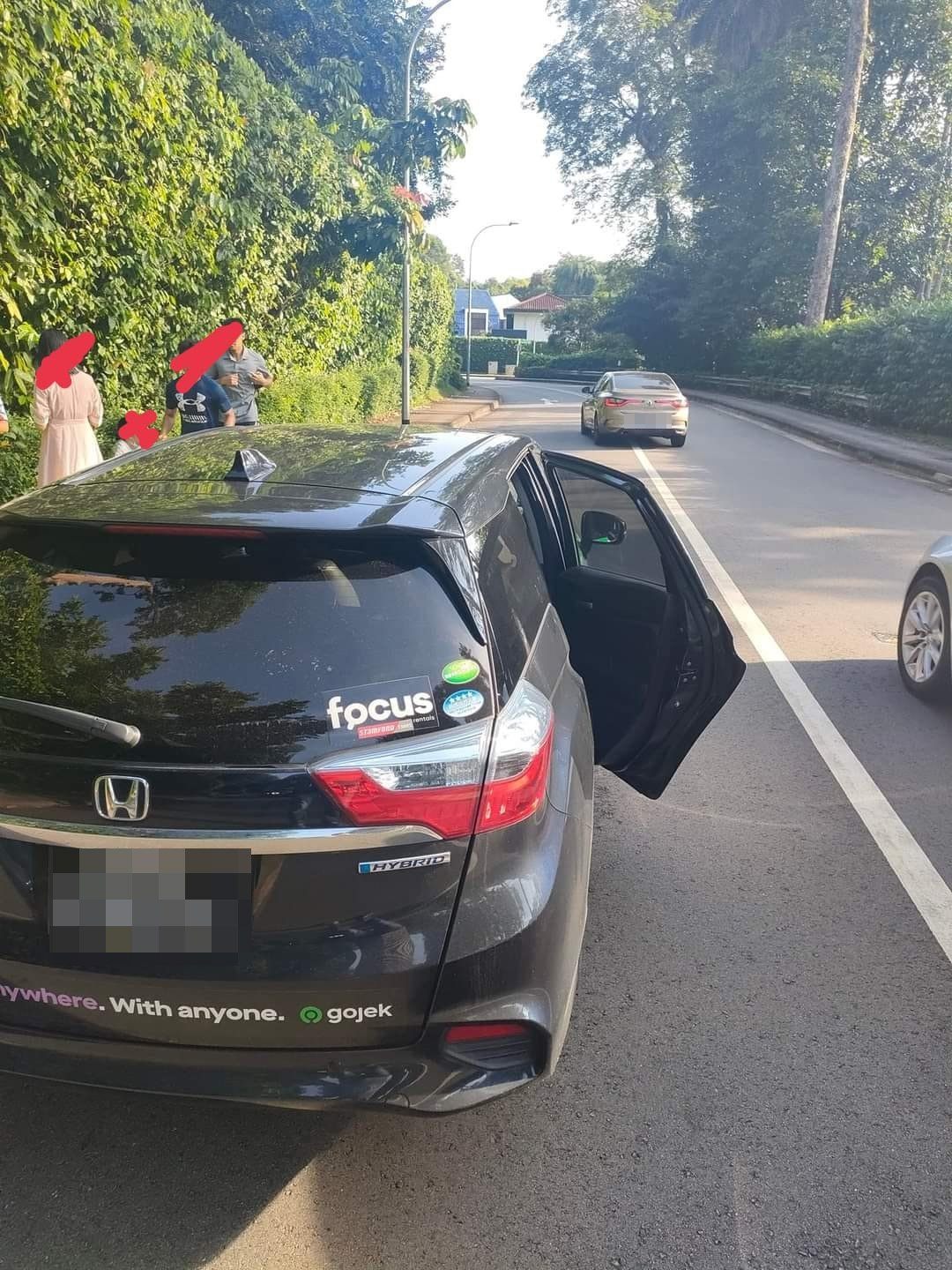 The man reportedly suffered blood injuries to his limbs, and SCDF officers were later seen attending to the incident.

Man allegedly jumps out of moving vehicle along Cluny Road

On Saturday (23 Jul), a Facebook user who also appears to be a PHV driver posted about the bizarre incident in the Professional PHV Drivers Singapore Facebook group.

According to him, a male passenger he was ferrying jumped out of his moving vehicle after “fighting” with his wife. The driver bemoaned that his day was ruined as a result of the incident.

In the photos accompanying the post, a black Honda was seen parked along the side of a two-lane road.

Based on the surroundings, the incident seemed to have taken place along Cluny Road in Tanglin.

In another picture, police officers were seen speaking to two individuals further up the road. Providing updates on the incident, the OP shared that the man was seen bleeding from his hands and legs.

As such, police and SCDF officers were called in to attend to the incident. 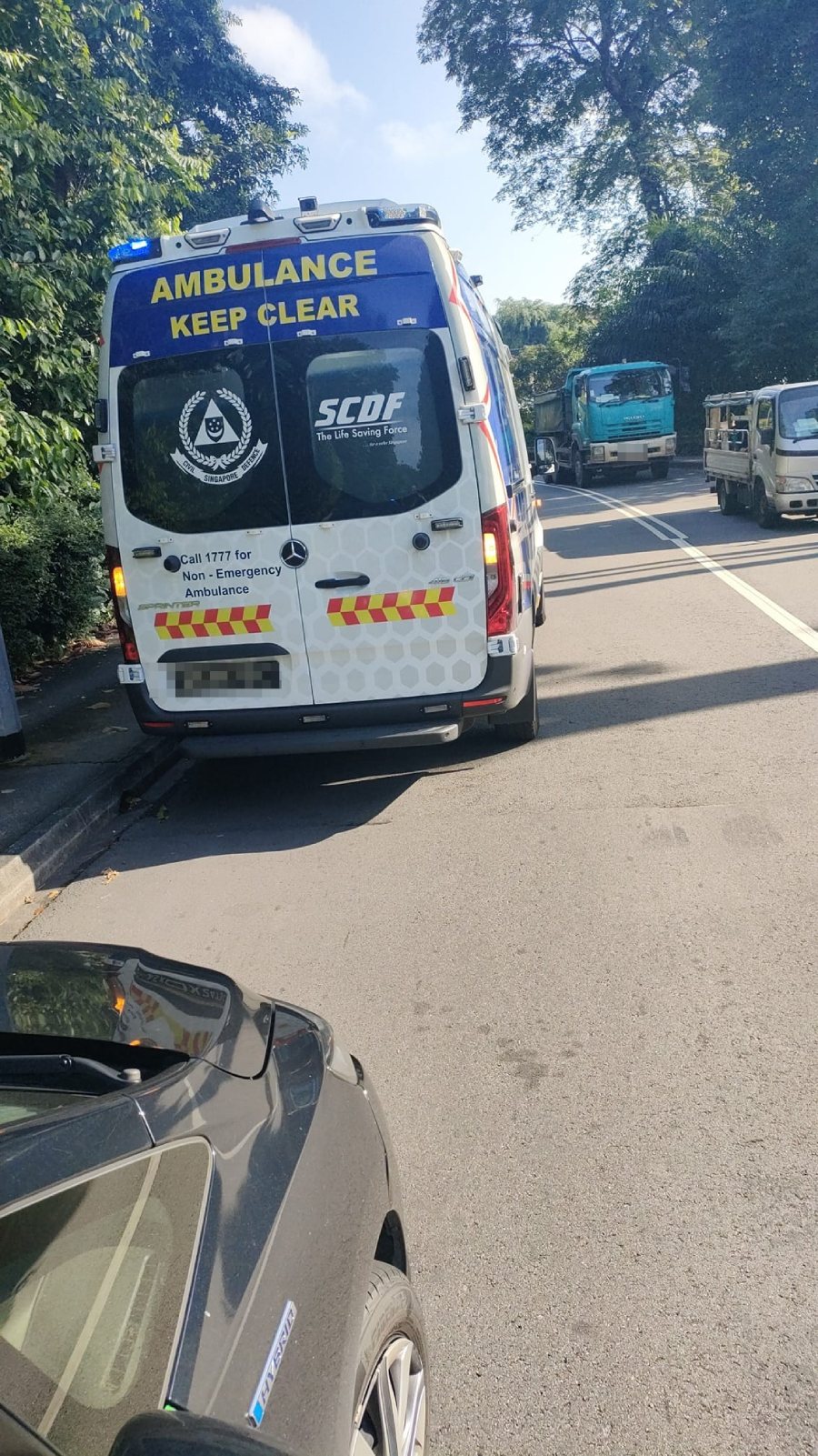 In response to MS News’ queries, an SCDF spokesperson said they were alerted to the case at about 8.55am today (23 Jul).

An ambulance conveyed one person to Singapore General Hospital.

No need to resort to such impulsive behaviour

Actions like these are dangerous not only to the people involved but also to others around them.

Regardless of the events leading up to the incident, there’s no reason to resort to such impulsive actions that can place people in danger.

We hope the man did not suffer any serious injuries and that the couple will be able to put their differences aside and reconcile.