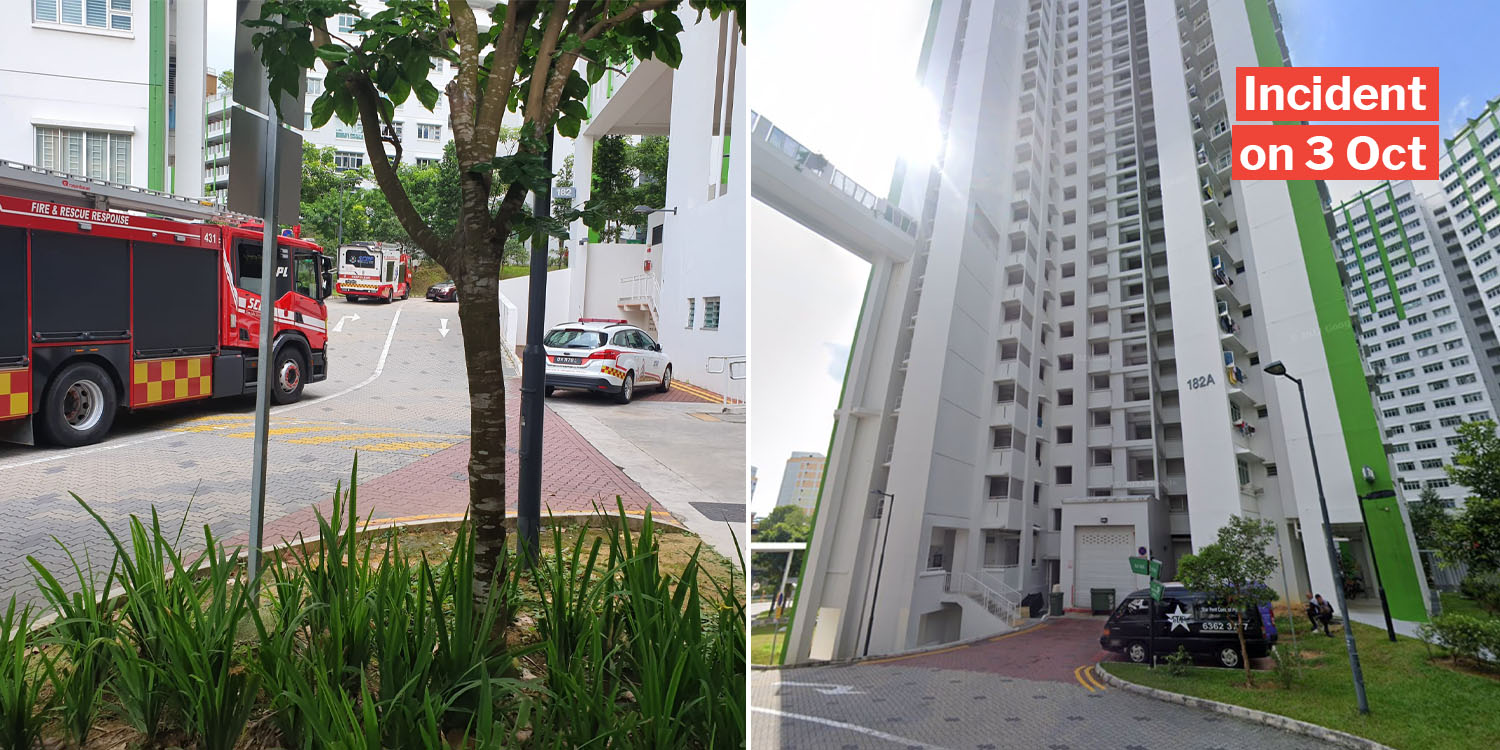 He had reportedly gotten into a fight with his wife.

On Monday (3 Oct), a 33-year-old man reportedly got into a fight with his wife in their Woodlands flat.

He later locked himself, his wife, and his one-year-old son inside their home, reported Shin Min Daily News.

Negotiation experts were dispatched by the police and after about three hours, the man was finally persuaded to unlock the flat. 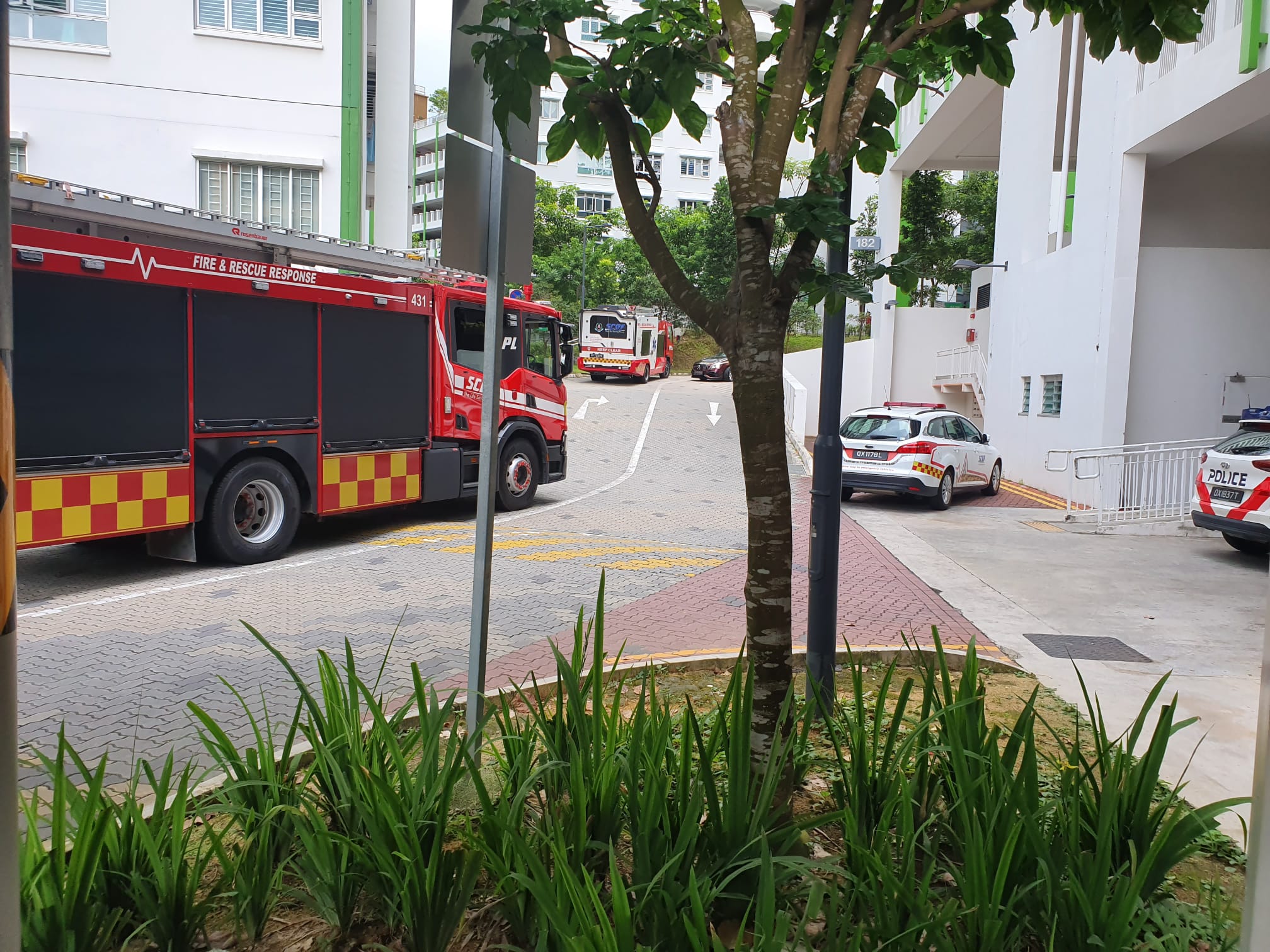 The man was then arrested for obstructing the police in the discharge of their public functions. Investigations are ongoing.

Man locks himself, wife, and toddler in flat on 3 Oct

According to Shin Min Daily News, police began arriving at Block 182A Woodlands Street 13 on Monday (3 Oct) at about 10.37am.

The Singapore Civil Defence Force (SCDF) was also alerted to the incident at about 11.10am.

At least four police vehicles, an SCDF truck, and an ambulance were spotted on site. 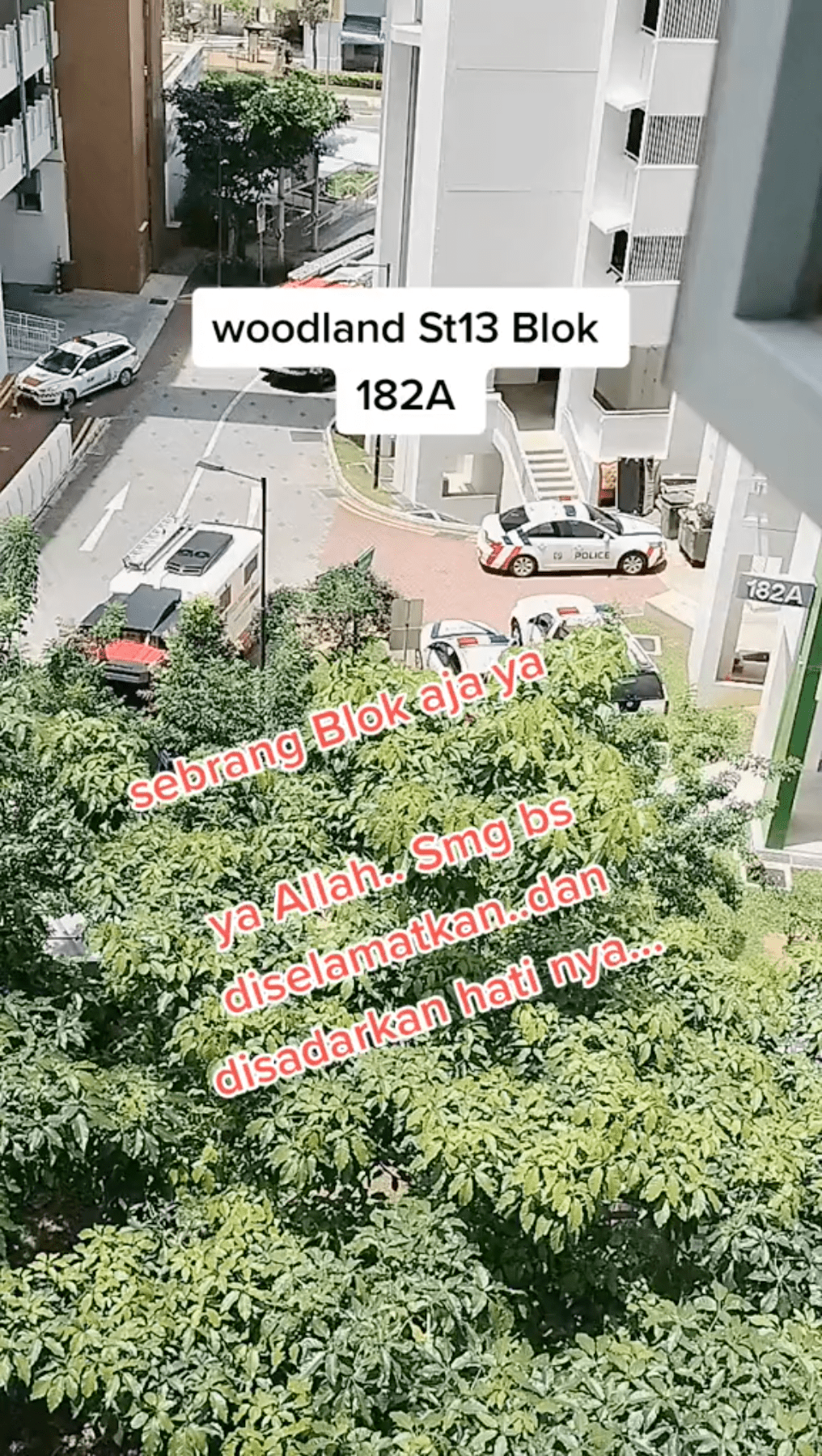 According to residents, there were about 20 police officers at the scene.

Officers found that a man had locked himself, his wife, and their one-year-old toddler in the Woodlands flat.

They proceeded to cordon off the carpark under the block and the atmosphere was described to be tense.

Shin Min Daily News reported that a video circulating on social media showed him and his wife fiercely arguing in the flat.

The couple’s upstairs neighbour told the Chinese daily that the family has been living in the flat for five years.

Throughout that time, he often hears them quarrelling.

A year ago, they allegedly fought very loudly but the police were not called to the scene.

He shared with Shin Min Daily News that when the police arrived on 3 Oct, the couple was still in the midst of their argument. When police arrived at their doorstep, the man locked the door, shouting at them.

Through the closed door, police urged the man not to do anything silly. However, he reportedly continued yelling at them.

The couple’s next-door neighbour said there were quite a few officers surrounding the front door.

When the man refused to open the door, police sent expert negotiators to talk to him.

After about three hours, the man was persuaded to open the door at 1.20pm.

His wife was allegedly found with red marks on her shoulder while the young toddler was safe.

The police revealed that they were worried about the man hurting himself and others.

They thus activated their Crisis Negotiation Unit as well as Special Operations Command.

Following that, the 33-year-old man was arrested by the police for obstructing police in the discharge of their public functions.

A 38-year-old woman was found to have sustained minor injuries.