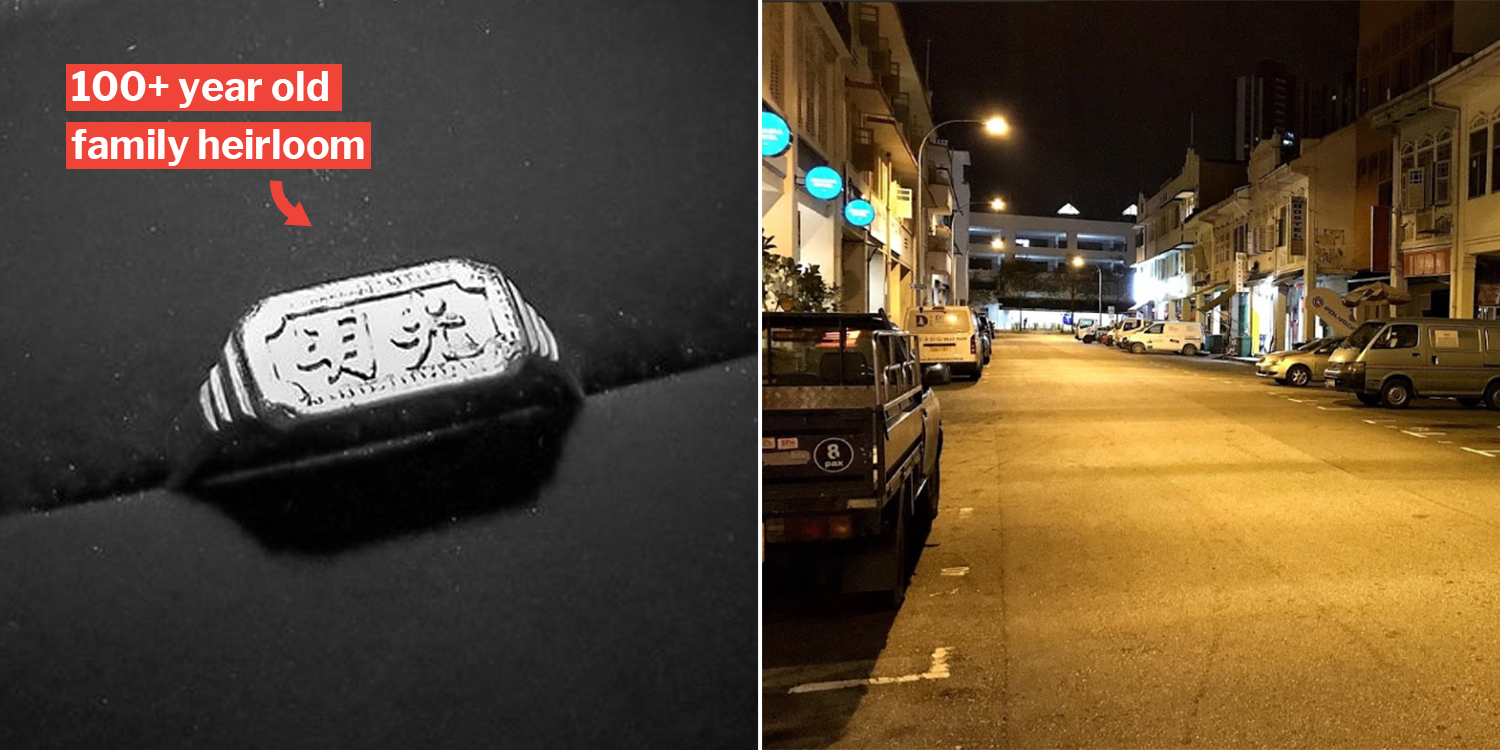 There are some items we possess that hold sentimental value, and even if not valuable, are irreplaceable.

So it is that a netizen is offering a hefty reward for a ring that was stolen, and even a bonus if the culprit is apprehended by police. 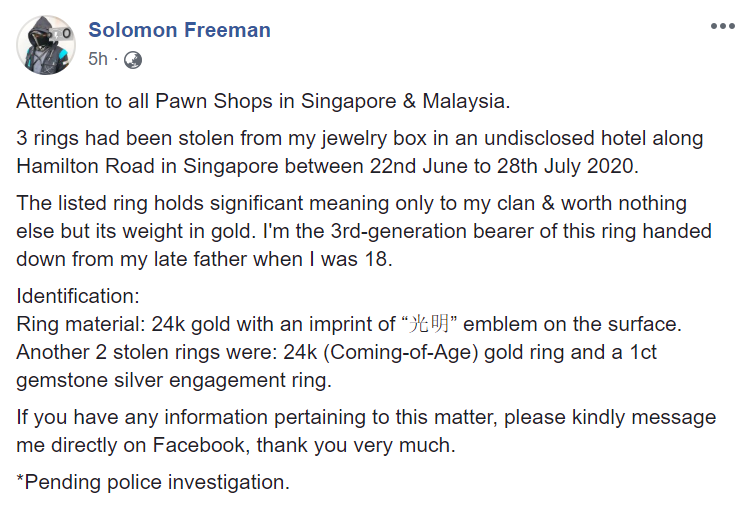 The ring in question is a heirloom that’d been passed down for over a hundred years — the netizen is the 3rd-generation bearer.

3 rings were stolen from the netizen’s jewelry box in a hotel along Hamilton Road.

This took place between 22 Jun and 28 Jul — it seems the netizen only came to know of this theft case yesterday or today.

One of the rings holds significant meaning to him, as it was passed down to him by his late father when he turned 18. 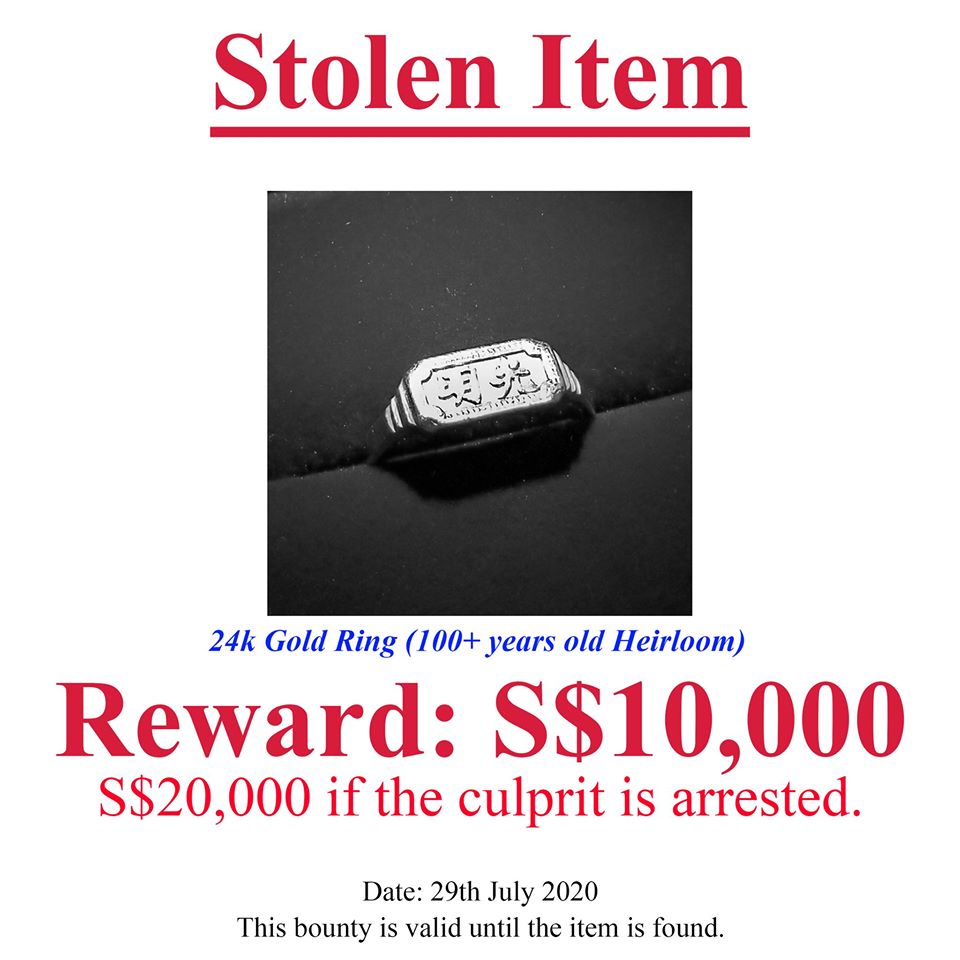 The heirloom has the words 光明 (guang ming) inscribed, and is made of 24k gold — otherwise known as pure gold with no impurities.

2 other rings are another 24k coming of age gold ring as well as a 1ct gemstone silver engagement ring. 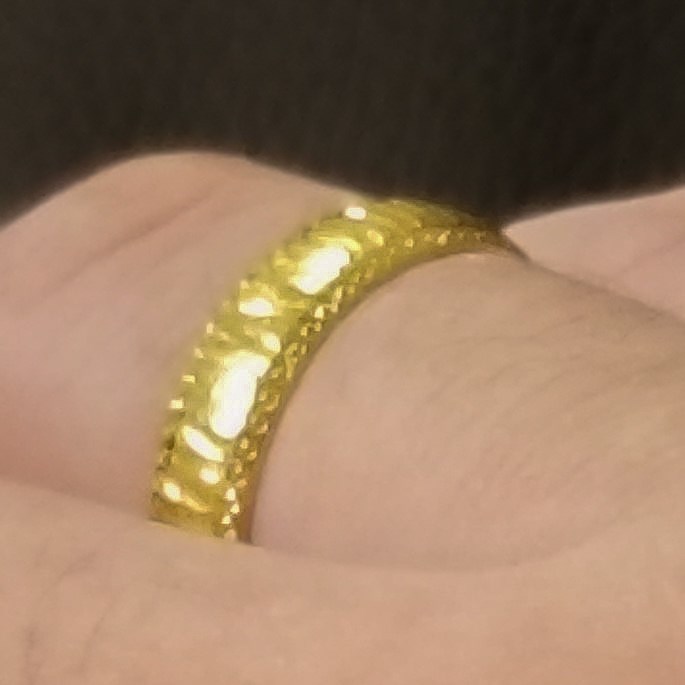 Reward for finding rings, bonus if culprit is arrested

A police report was made and the case is being investigated.

However, to secure a greater hope of finding the rings, the netizen is also offering a reward of $10,000 if anyone is able to retrieve the ring.

In a movie, this may entail the beginning of a dramatic crime or thriller story, but we’re in Singapore, so good ol’ social media might just do the trick.

More mundane, but certainly as big a help if not moreso.

To sweeten the deal, the netizen will even throw in an additional $10,000 if the culprit is arrested.

This probably means that whoever stole the ring can’t simply hand them back. Would they take a $20,000 reward if they did steal the ring? What a dilemma.

The netizen also asked all pawnshops in Singapore and Malaysia to take note of the rings’ details, as they may be pawned.

He declined to reveal the location of the exact hotel or whether someone he knew had stolen the rings.

We hope the netizen gets his rings back as heirlooms are truly irreplaceable. Money can buy a lot of things but sentimental items are a different story entirely.