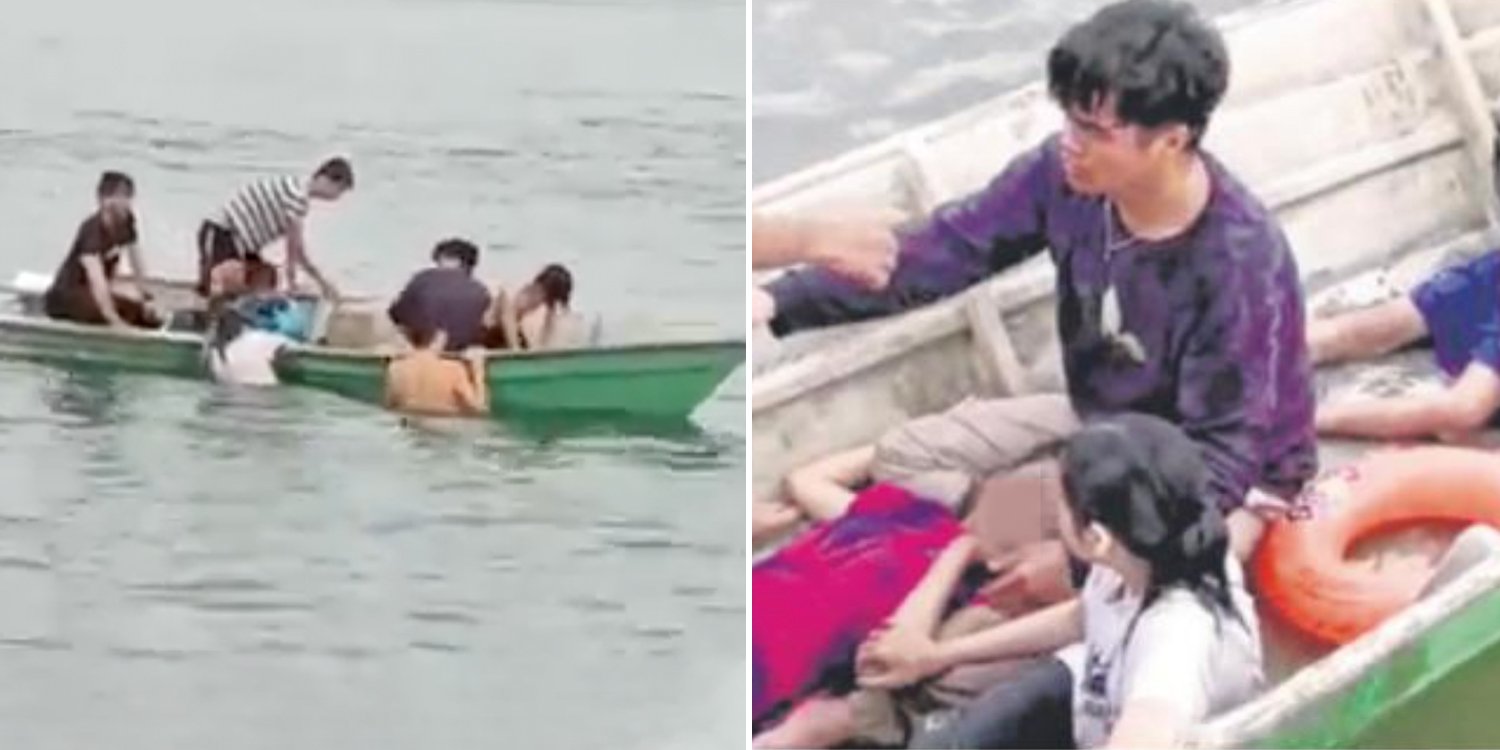 One more girl from the group was swept away by the tides.

During the September school holidays, 45-year-old Singaporean Mr Xie and his wife took the opportunity to bring their children for a family vacation in Malaysia.

When they were at Tanjung Balau beach in Johor, they spotted about five to six people struggling to keep afloat in the water.

Seeing that nobody was helping them, Mr Xie immediately jumped into the water, pulling five people to safety. 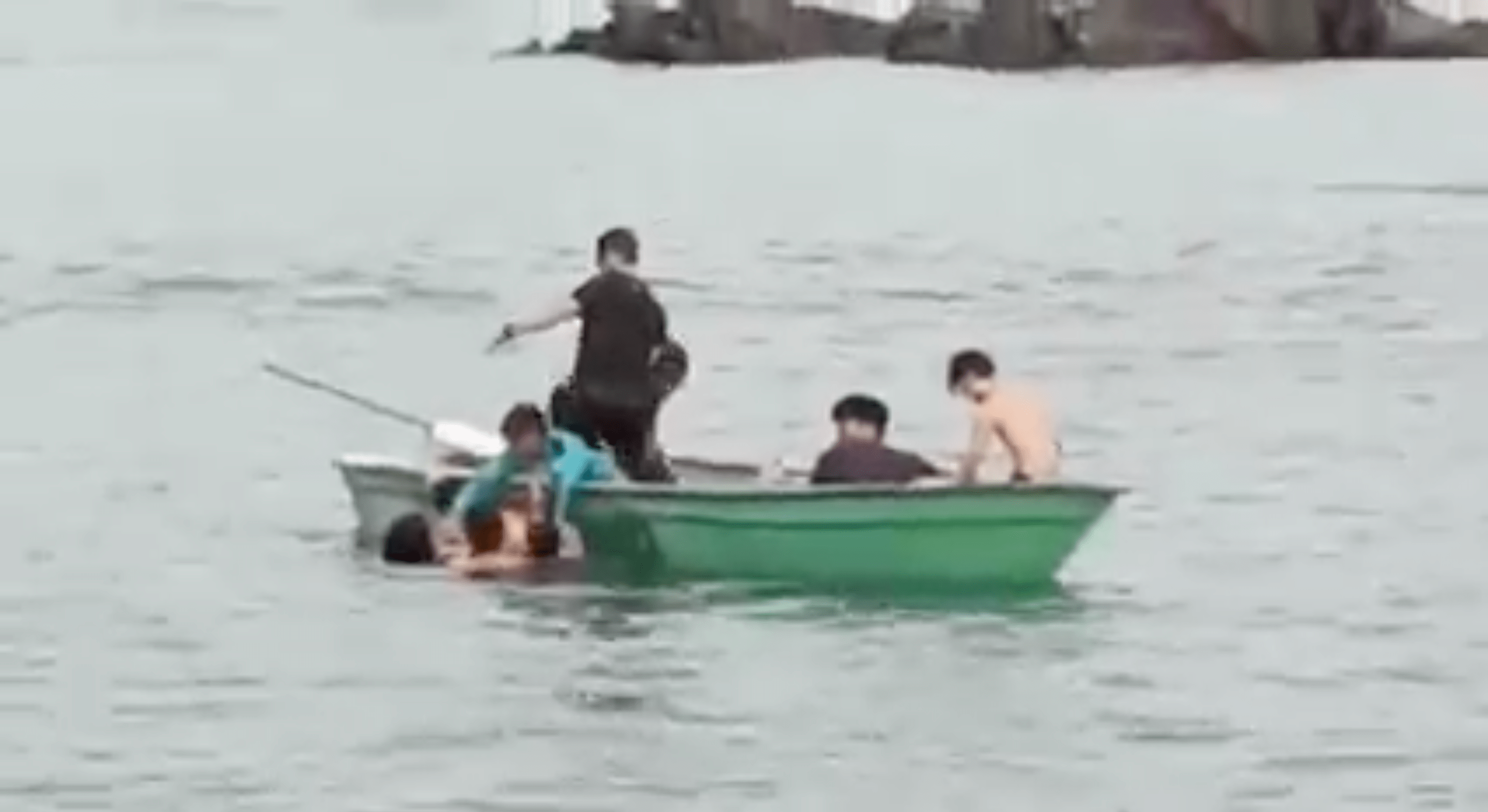 He then brought them on board a small boat nearby. One young boy was later brought to the hospital.

According to Shin Min Daily News, Mr Xie and his wife, Madam Lee, brought their two daughters to Malaysia for a vacation on 9 Sep.

They planned to visit Desaru Coast Adventure Waterpark, but when they arrived early, they took a stroll at Tanjung Balau Beach instead.

At about 8.40am, the family of four was walking on a bridge at the beach when they heard shouts.

Madam Lee said they saw about thirty to forty people on the opposite coast shouting. In the sea, there were about five or six people.

At first, Madam Lee thought they were playing about in the water, but upon closer inspection, she saw that one person seemed to be drowning.

Seeing that nobody was taking action, Mr Xie immediately took off his top and jumped into the sea.

At that time, three girls were holding onto a ring float. Behind them, waves pushed a young boy and another girl further from the group.

Mr Xie immediately swam to the young boy’s side and pulled them towards the coast.

As this happened, a group of students on the coast found a small boat. They began paddling towards Mr Xie and the group using a wooden plank as an oar.

With the help of the students and Mr Xie, the boy and girl were brought onto the boat.

One student then performed cardiopulmonary resuscitation (CPR) on the boy. 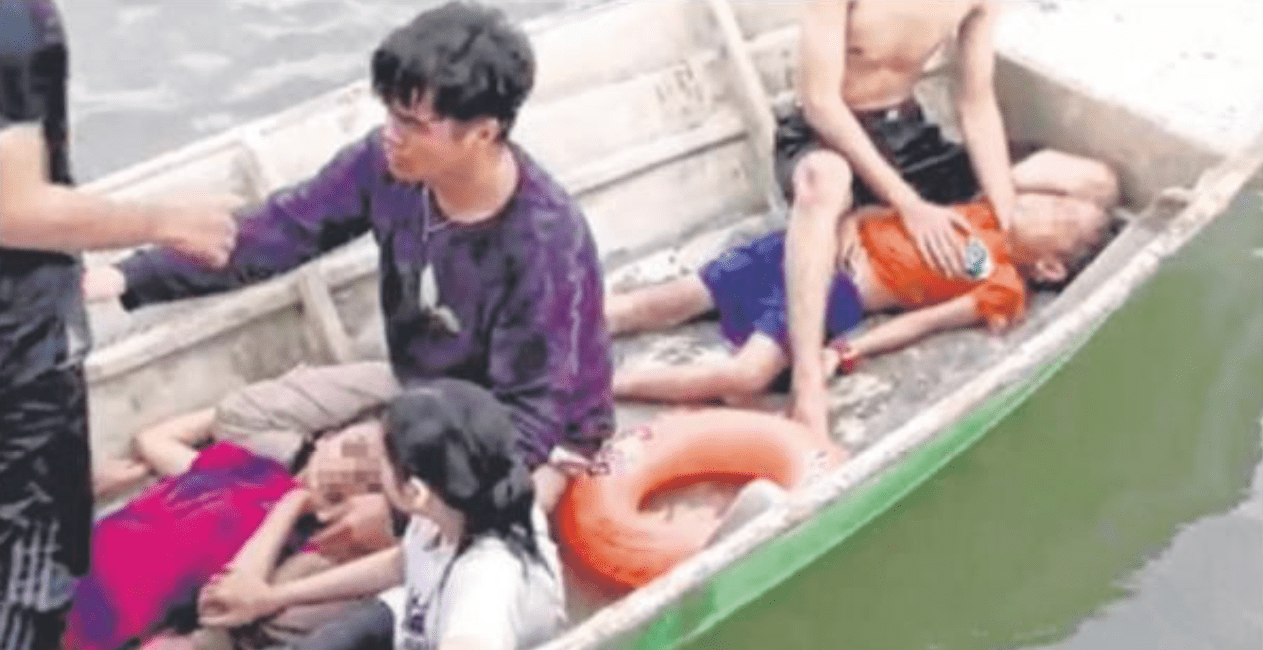 Without hesitation, Mr Xie turned back around and swam towards the remaining three girls.

According to Shin Min Daily News, he also successfully brought them onto the boat.

The boy was later conveyed to the hospital.

Drownings common in the area

Shin Min Daily News reported that there is often high tide in the area, and cases of drownings are common.

Locals shared that this was because most do not have the ability to swim well enough against the tides. The high tide will often sweep people away within a short period.

They noted that there had been cases of people jumping in to save others and losing their own lives in the process.

However, after the rescue, one of the girls told Mr Xie that they were actually a group of six. It is believed that the last girl had been swept away by the tide.

When Mr Xie couldn’t spot anyone else in the waters, he felt guilty that he couldn’t do more.

Madam Lee shared that he was in low spirits for the rest of the trip, often saying he should have jumped into the waters sooner.

Malaysian English daily The Star reported on 9 Sep that authorities found the body of the missing teenage girl at 2.37pm.

Meanwhile, two teenagers were rescued by beachgoers, while three other victims, all of whom were 13-year-old girls, survived.

The rescue operation involved 27 firemen from various nearby stations.