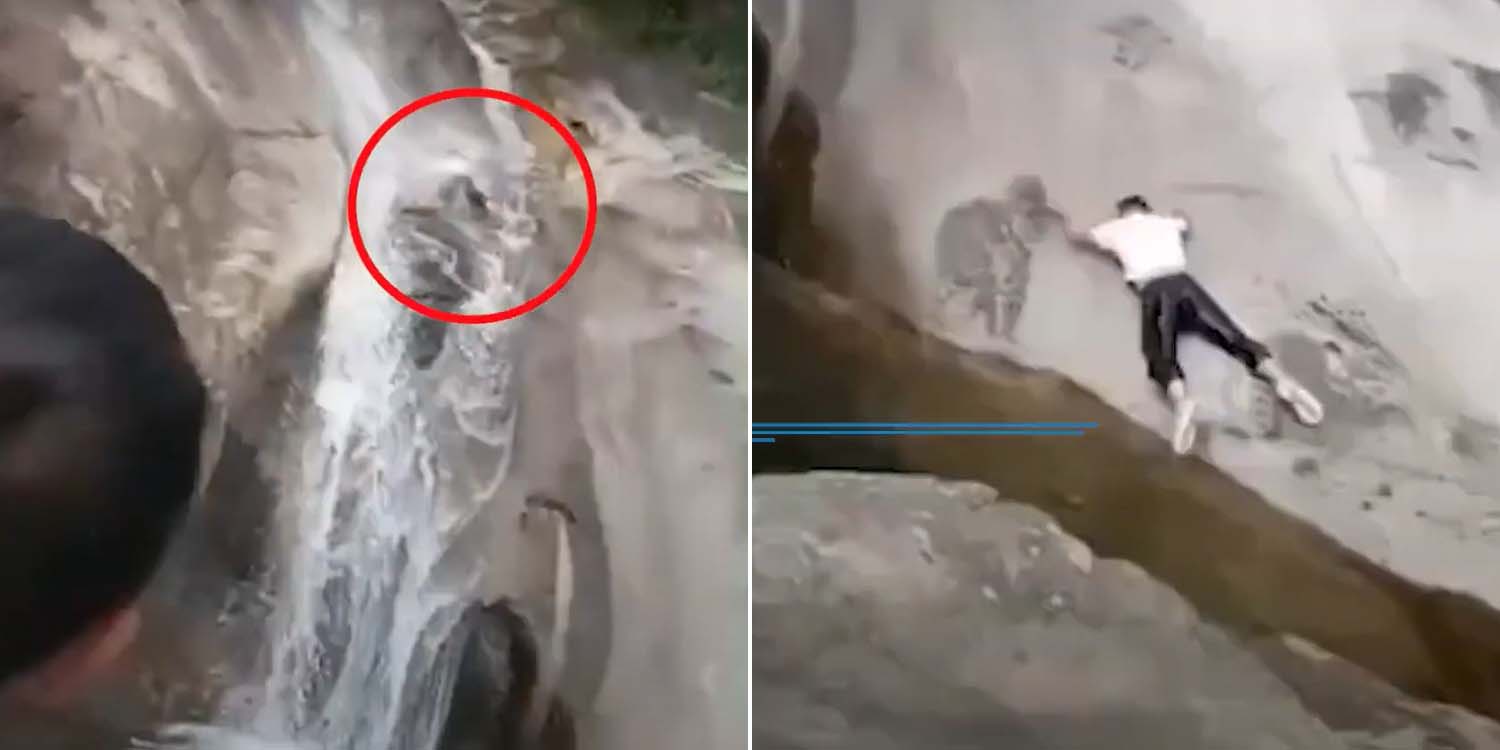 He fell face down and landed in a pool of rocks.

Thrillseekers sometimes want to test their limits and pull off stunts they’ve never done before. But just like anything else in life, things sometimes don’t quite go as planned.

On Monday (16 May), a man entered a prohibited area in China to attempt a stunt. However, instead of succeeding, he accidentally slipped and slid down a waterfall at high speed.

Despite the horrifying sight, he miraculously survived with just minor scratches.

According to 163.com, a man entered an underdeveloped area in China despite warning signs and locals’ attempts to dissuade him. He insisted on running across the top of the waterfall, known for its slippery rocks, as part of a stunt.

While he was confident that things would turn out all right, it didn’t end that way. Instead, he slid face down from the top of the waterfall to the bottom within seconds. 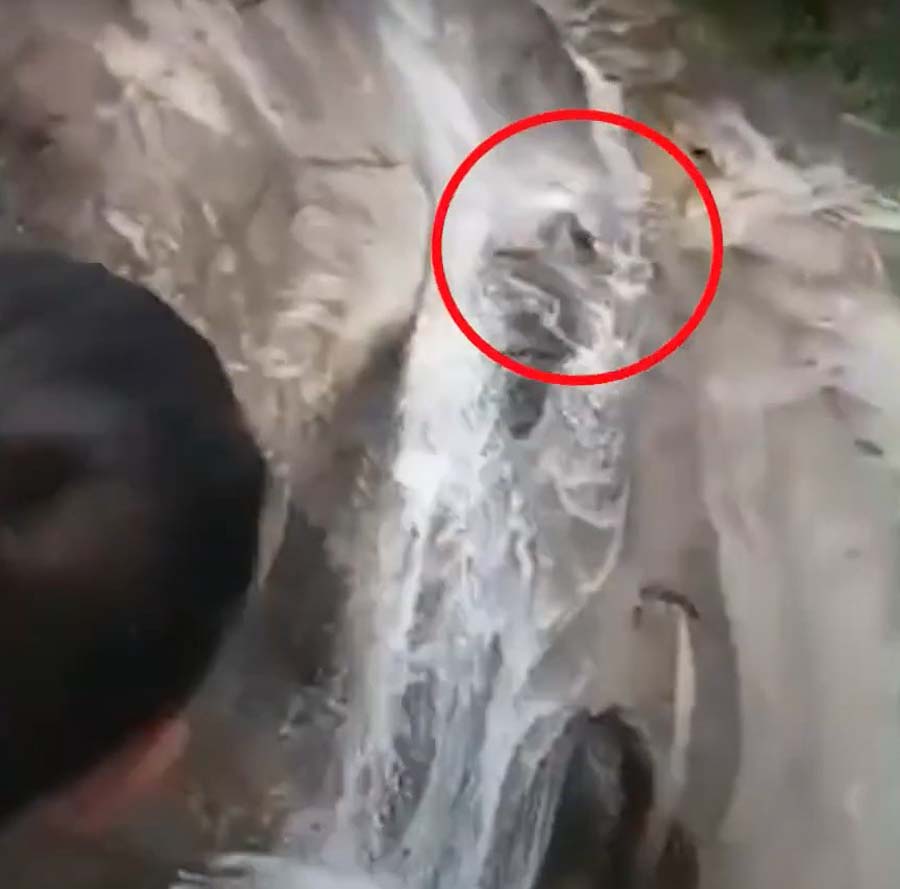 His descent continued until he landed in a shallow-looking pool filled with rocks. Ouch. 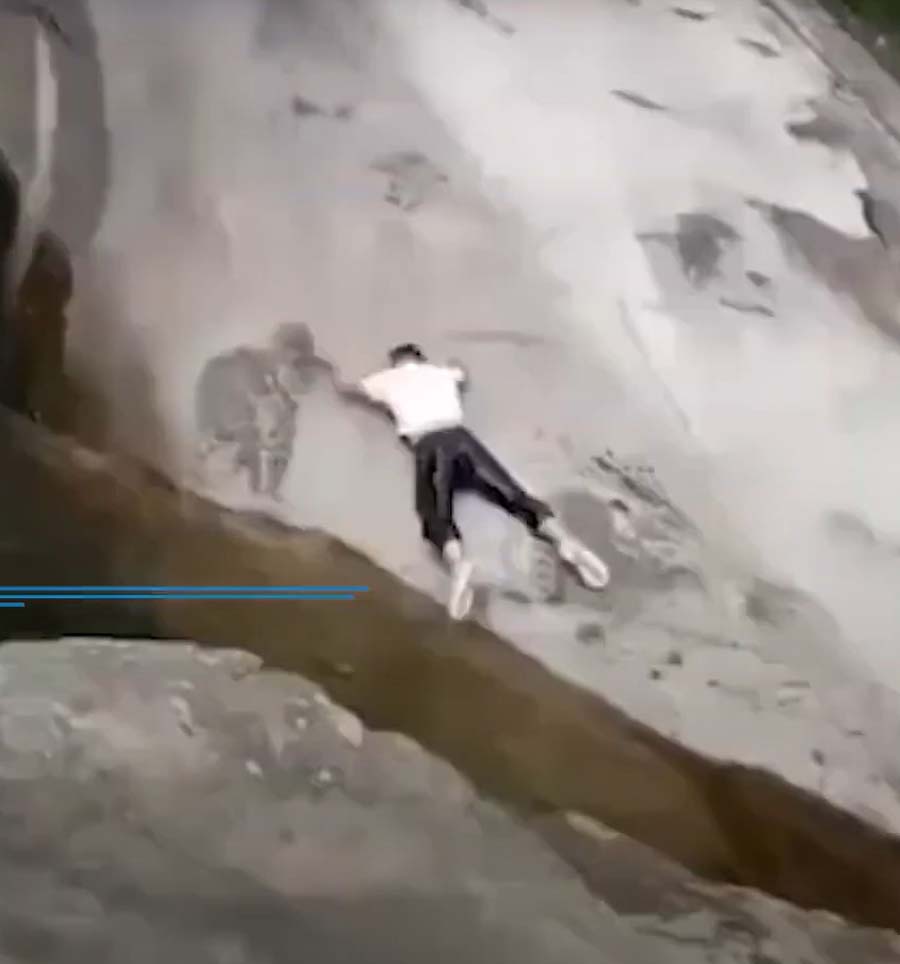 Nearby witnesses rushed to help him up and lead him to safety.

Miraculously, he apparently survived the ordeal with only a few minor scratches.

Netizens surprised by his miraculous survival

In the comments section of South China Morning Post (SCMP) ‘s video, viewers expressed their shock at the man’s survival.

One netizen was astounded that he only ended up with minor injuries after falling from such a height, concluding that he must have been under the protection of a higher being.

Several users chided him for attempting such a dangerous stunt in the first place and hoped that he’s learned his lesson.

Some believe that we should avoid risky activities that could harm our bodies and stay away from dangerous areas.

Sometimes, we take risks and overcome them unscathed — but it won’t always turn out this way.

Thus, it would be wise to heed warnings and think twice before tempting fate. Otherwise, you may end up paying for it with your life.

Fortunately for the man and his loved ones, he managed to survive, but we hope thrillseekers won’t try to follow in his footsteps – literally – because they may not be as lucky.