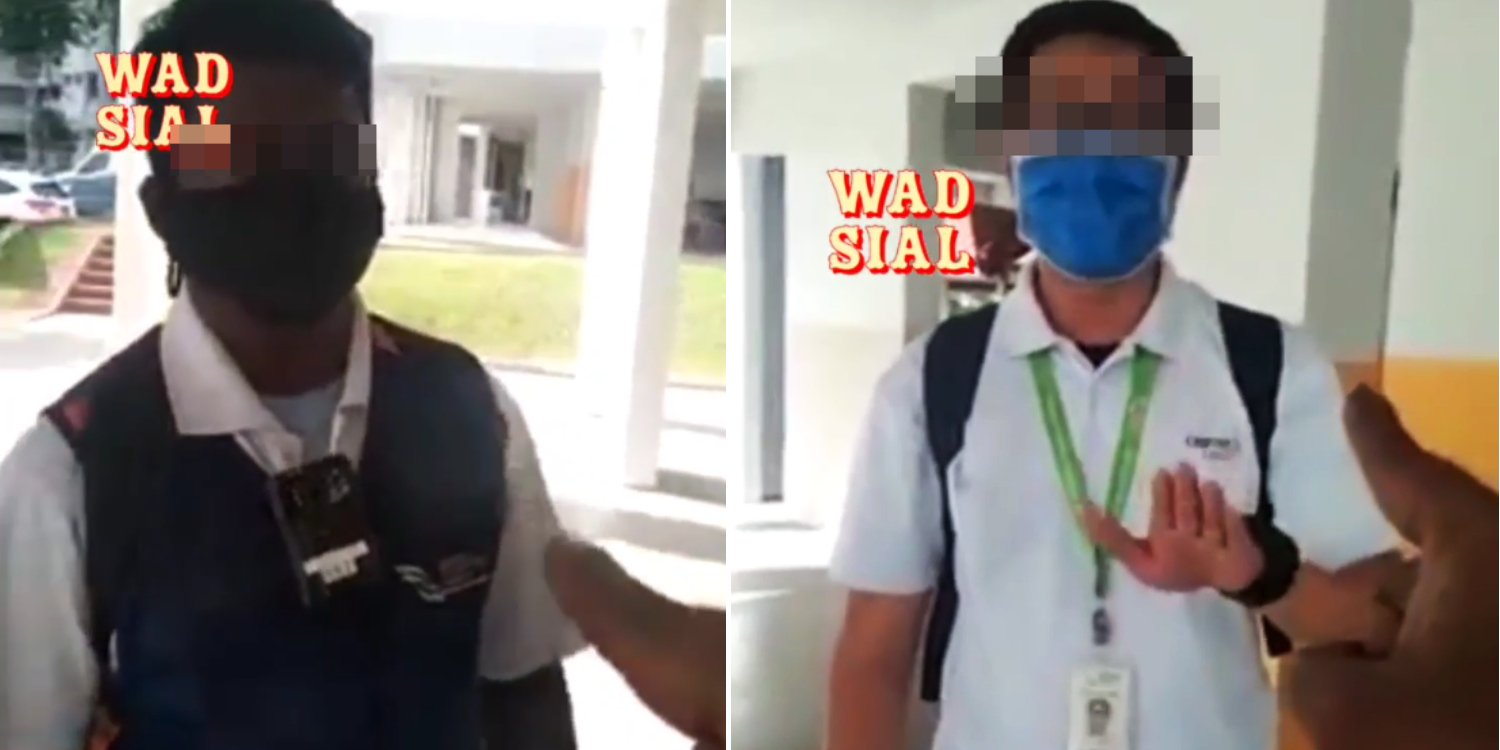 He assumed one of the NEA officers came from India.

Void decks are a public place of gathering and activity for many, so it’s no surprise that smoking is prohibited there by law.

However, some seem unaware of the law or willfully ignorant of it.

One man appeared to be the former, as he reacted indignantly to National Environment Agency (NEA) officers telling him to stop smoking at a void deck.

He made racist remarks towards one of the NEA officers as he questioned why smoking is prohibited. NEA said the man has been charged with the smoking offence and is pending a hearing in court.

In the video posted by @wadsial.sg on Thursday (23 Jun), the man can be heard arguing with two NEA officers.

According to @sgnewsdaily, who reposted the video, the offender had been caught smoking at a void deck.

Recorded from the man’s point of view, the video begins with him showing the faces of the NEA officers. 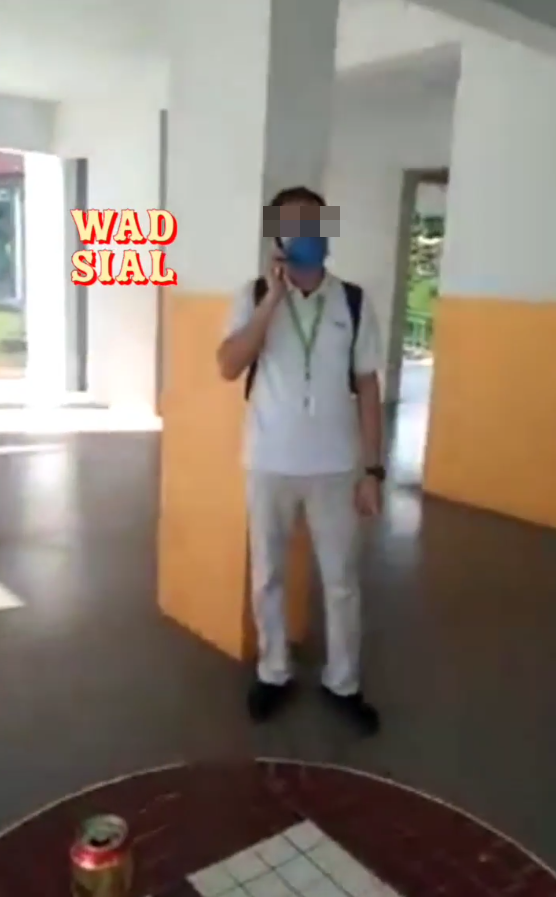 One appears to be a Singaporean, while another is heard later in the video stating he is Malaysian.

However, the offender initially assumes the latter is an Indian national, as he is heard saying, “(There is) one Indian from India (who is an) NEA officer (trying) to catch people.” He then goes on to say in a mocking tone, “This Indian guy (wants) to catch (a) Singaporean. It’s okay, no (worries).”

At this point, the man aims the camera back at the Chinese-Singaporean officer and asks, “Oi, so (what happens now)?”

The officer tells him that he is not allowed to post the video on social media, to which the offender cuts him off.

He asks why he is not allowed to smoke under the block, prompting the officer to remind him that it is the law. 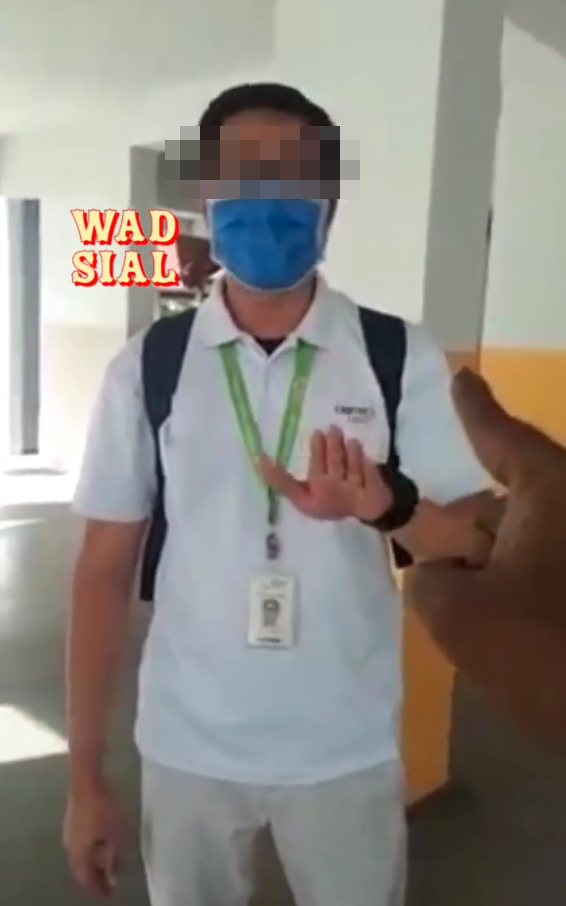 The man tries to refute him further, saying he knows it’s the Singaporean law but wants to understand the reasoning behind it.

As the NEA officer tries to explain, the man interrupts him again, stating that the void deck “is for everybody”.

The man now turns his attention towards the other officer by first asking him rudely if he is from India.

When the NEA officer states he is from Malaysia, the offender says, “You (are) Malaysian, right? You (should) (step aside).”

However, after casting the officer aside, the man contradicts himself by continuously quizzing him on why he can’t smoke at the void deck. 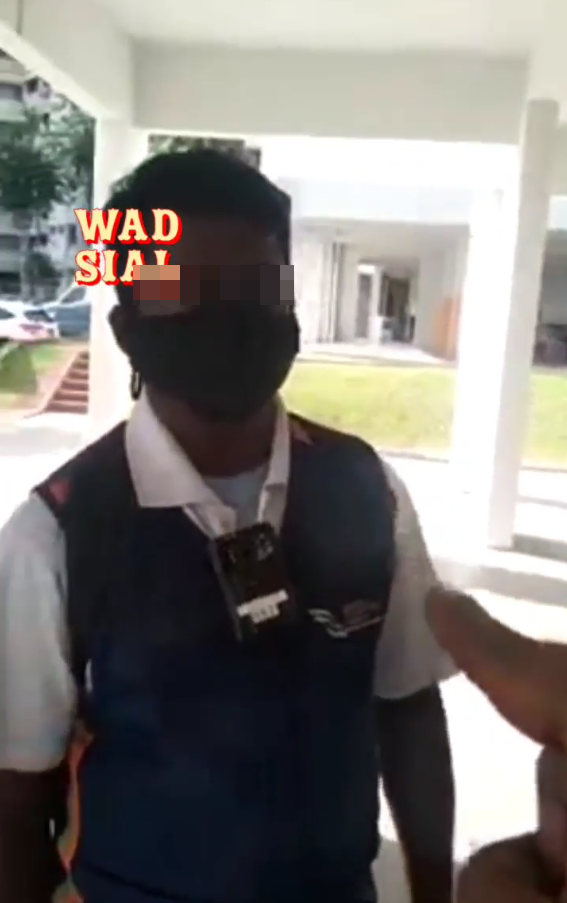 When the first officer tries to chip in, the man raises his voice and tells him to be quiet.

Perhaps not wanting to aggravate the offender further, the Malaysian officer only looks at him without saying anything.

It is unclear what happens afterwards, as the recording ends at this point.

Since the offender is the one recording, it is possible he was hoping to call out the officers and highlight an ‘injustice’.

However, the law makes it clear that smoking is not allowed at void decks under the Smoking (Prohibition in Certain Places) Regulations.

Judging by the comments, most netizens also seem to be well aware of the prohibition.

One user stated that the law had ‘come out (a) long time ago’ and suggested the man ask the government instead.

Another user joked sarcastically that all the nicotine inhaled by the man from his cigarettes had made him forget the law.

One netizen pointed out that the officers were merely doing their job and that the racist comments were unnecessary.

Another Instagram user simply asked the man to look up the law on Google.

In response to MS News‘ queries, an NEA spokesperson said the agency was aware of the video and clarified that the incident took place at Block 908 Jurong West Street 91 on 22 Jun.

“Our enforcement officers had observed the subject smoking in a prohibited place at the HDB void deck, and proceeded to engage the subject by identifying themselves and informing him of the offence he had committed.

“During the engagement, the subject used vulgarities on our officers. The incident has been reported to the police for the abusive language used on the officers,” they said.

NEA also noted that the man has been charged with the smoking offence and the matter is pending a hearing in court.

Be respectful of the law & people around you

It is one thing to be smoking in a prohibited area, and another to be displaying racist behaviour towards authorities like NEA officers.

Although it was a hostile situation, we commend them for communicating with the offender in such a diplomatic, patient manner.

With smoking being further prohibited at all parks and 10 beaches starting 1 July, we hope Singaporeans continue to stay updated on our laws and be respectful of those around us.