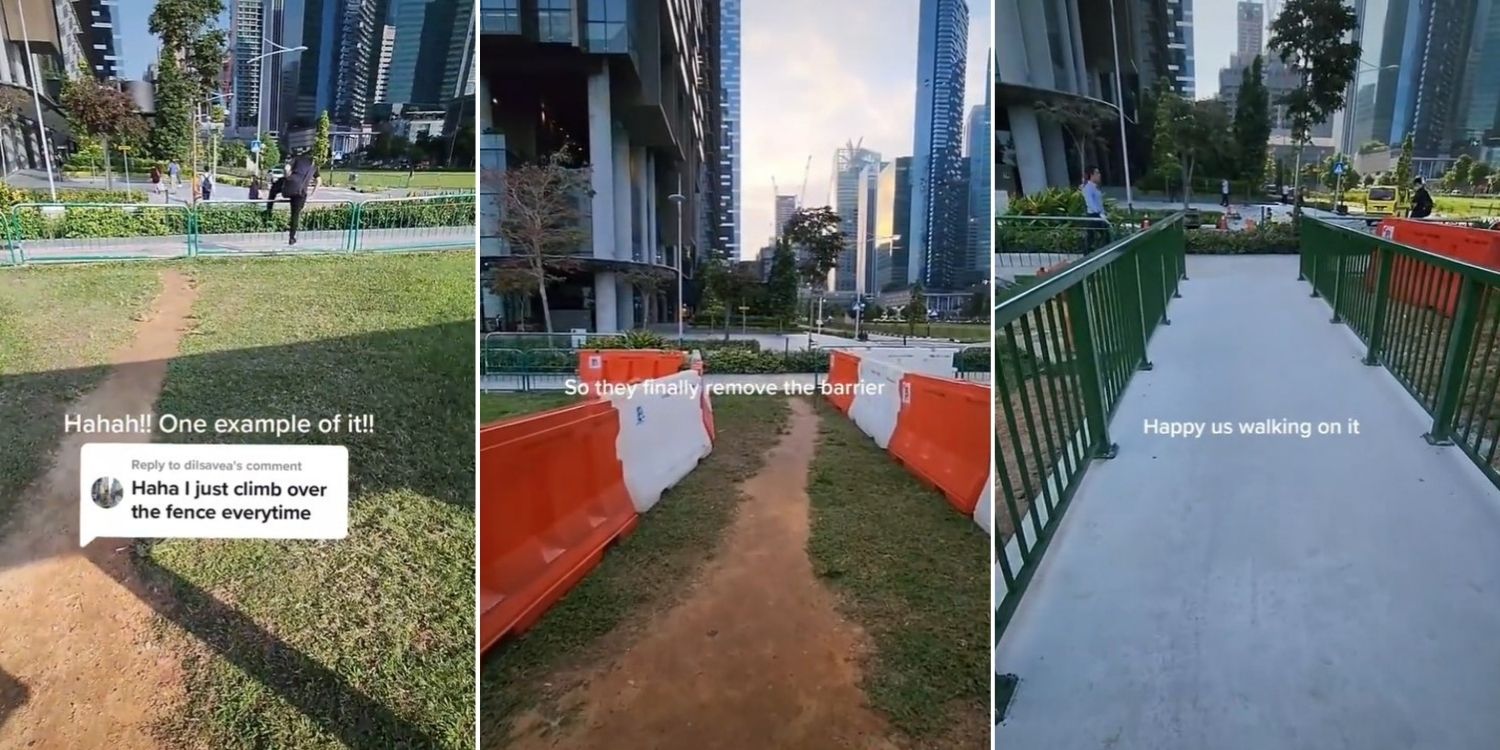 Many were spotted climbing over the fence to get to the road more quickly.

Those who work in the downtown area might use the Marina Bay MRT station often to get to work.

However, passengers exiting the station used to encounter a bit of a roadblock just to get to the road in front of it.

After the daily bugbear was shared over TikTok, a new walkway was built for easier access to the road. 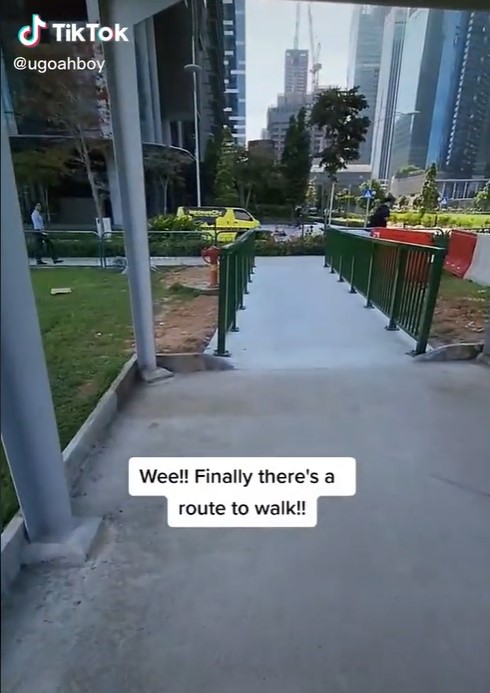 That irksome barrier that blocked pedestrians has also been permanently removed.

The former inconvenience came to netizens’ attention when TikTok user @ugoahboy posted a video in Apr, expressing his annoyance at how the area is configured.

Whenever he emerged from Marina Bay MRT and had to cross the road at Marina Way, he found the shortest pathway to the road blocked by a fence. 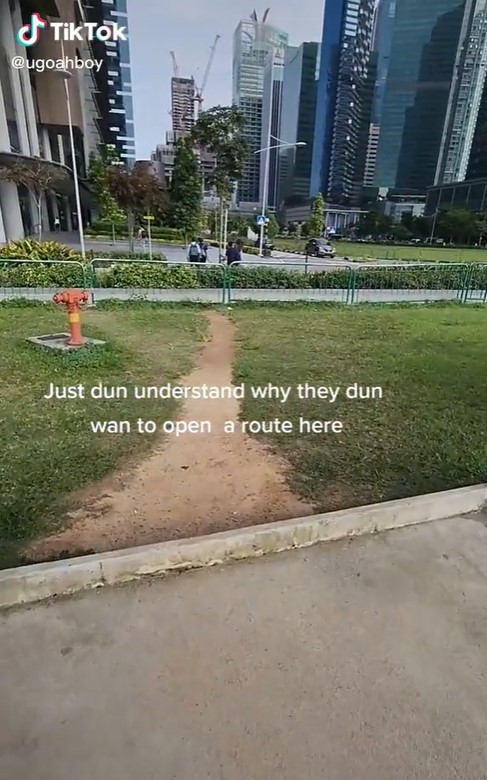 Instead, the “official” sheltered walkway directed pedestrians to a route that led them straight to the traffic light crossing — which would be fine if people wanted to go there, or if it was raining. 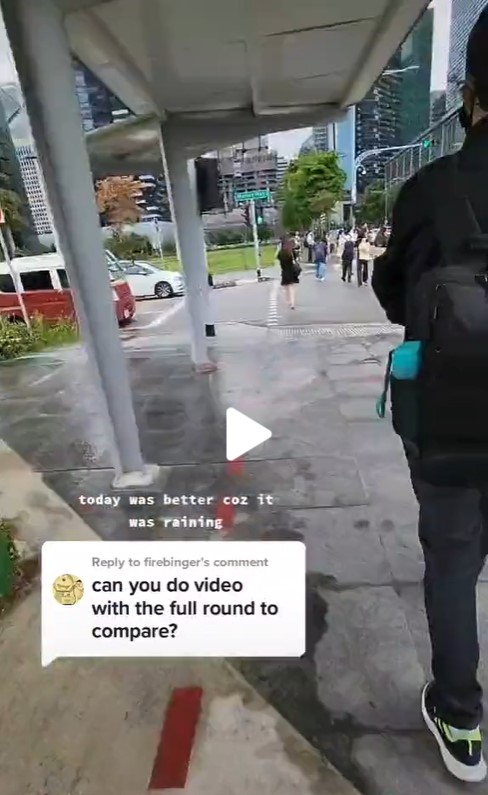 However, those who wanted to get to Marina One, for example, would have to walk all the way back to where the barrier was in order to cut across Marina Way. 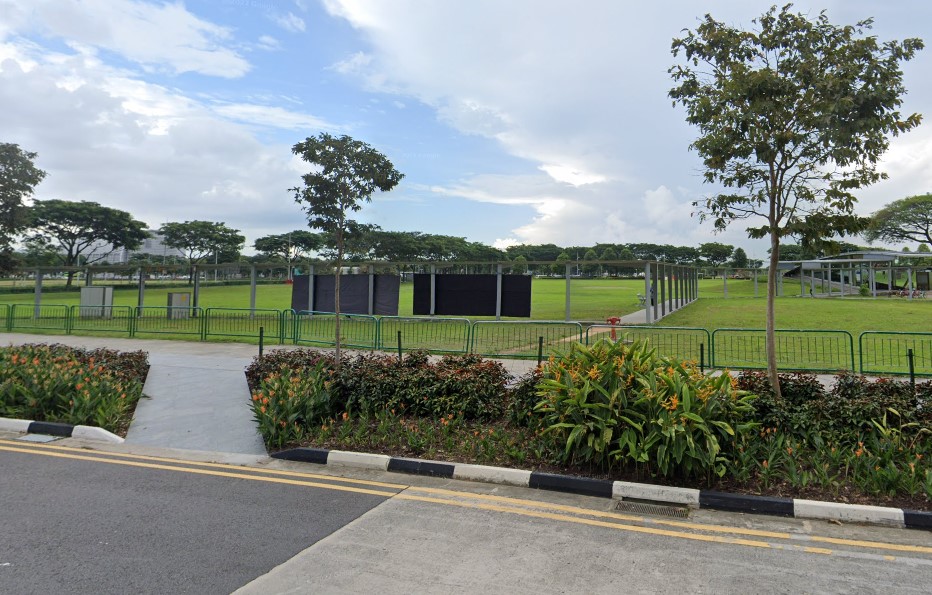 Thus, these pedestrians were forced to make a big round that ended up costing more time — not good if you’re in a hurry.

The OP wondered why such a detour and barrier were needed at all.

People ended up climbing over

Unsurprisingly, people weren’t about to let the barrier stop them.

Many were spotted climbing over the fence to get to the road more quickly. 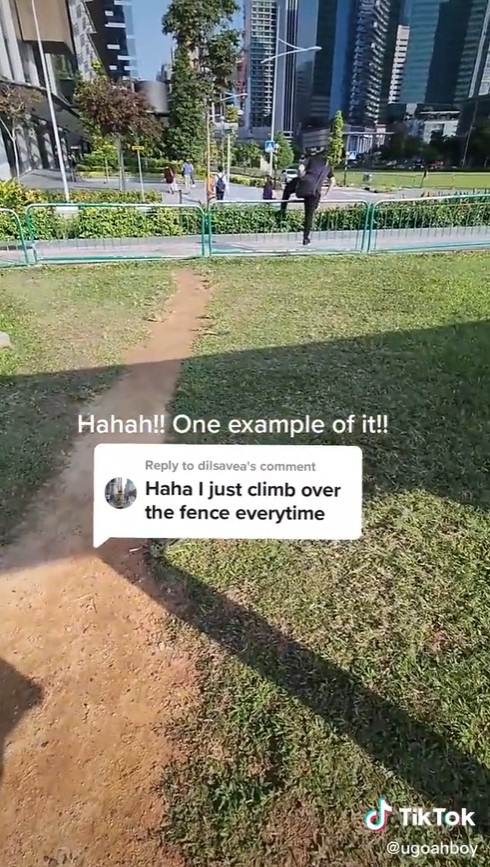 Even ladies would do this rather than make the detour. 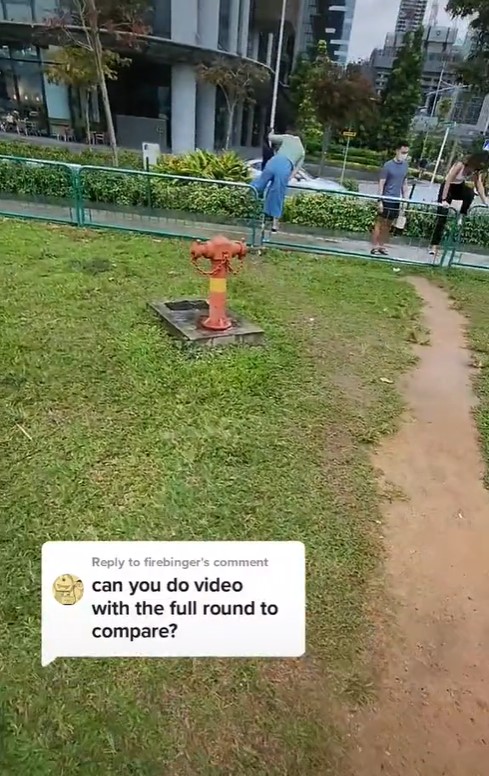 The grass leading from the walkway to the barrier was also worn down, making way for a well-beaten path — a clear sign that many were using this unofficial shortcut.

Just four days after @ugoahboy‘s post, a change was made that gladdened him — the fence was finally removed. 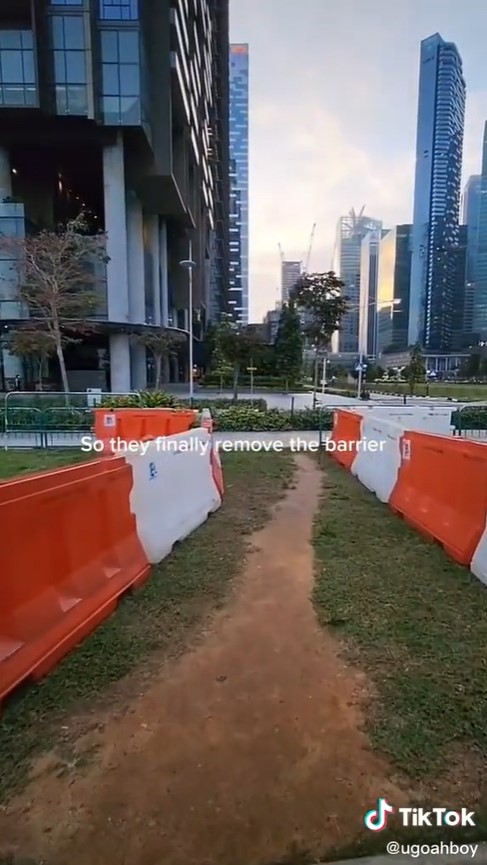 White and orange dividers were also erected, cordoning off the dirt footpath.

With the barrier’s removal, people wouldn’t need to have the unglam task of climbing over it.

Another Tiktoker, @revivalb, happy at the move, remarked how TikTok was seemingly better than an MP’s Meet-The-People session. 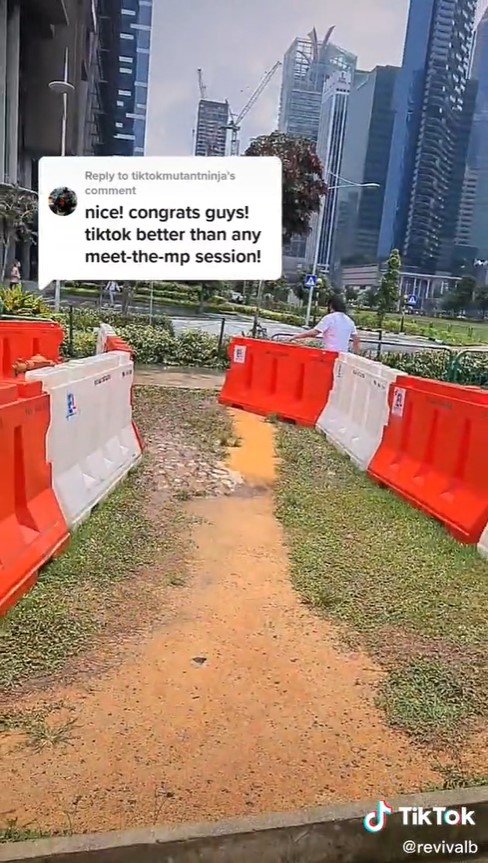 Greater things were to happen, though.

After the fence’s removal, @ugoahboy suggested that a proper walkway be built. 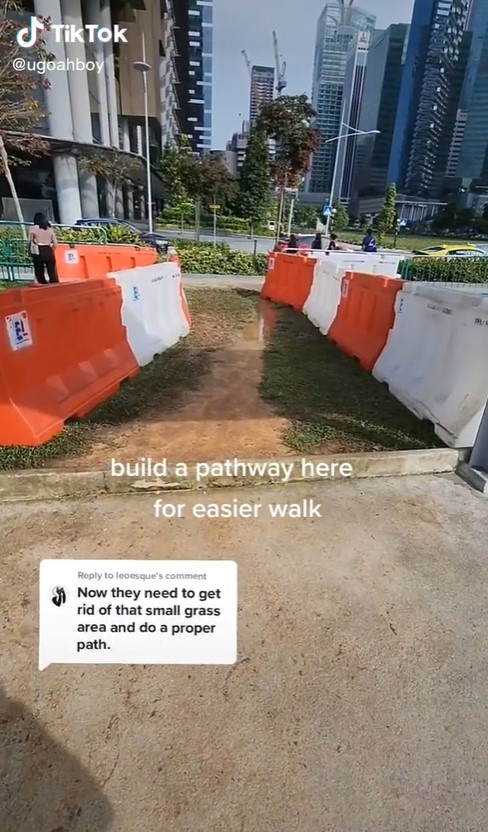 The authorities seemingly had the same idea, as on 13 May, he excitedly posted that a concrete walkway with railings was indeed being built. On 19 May, he updated that the walkway had opened for public use. However, it seems like there’s always room for improvement, as one netizen made an observation: The new walkway didn’t have a shelter, unlike the rest of the walkway.

Perhaps it’s not the end of the saga yet?

It’s uncertain whether the issue was fixed because it appeared on TikTok, or there were already plans to do something before that.

However, what matters is that the offending barrier is gone.

Kudos to the authorities for making pedestrians’ lives easier with the small improvement.

Hopefully, now that they’ve a proper walkway to get to the road, office workers will have a more pleasant walk to work.