Man In Bukit Panjang Lepaks On Top Of Walkway Shelter, SCDF Officers Try To Coax Him Down 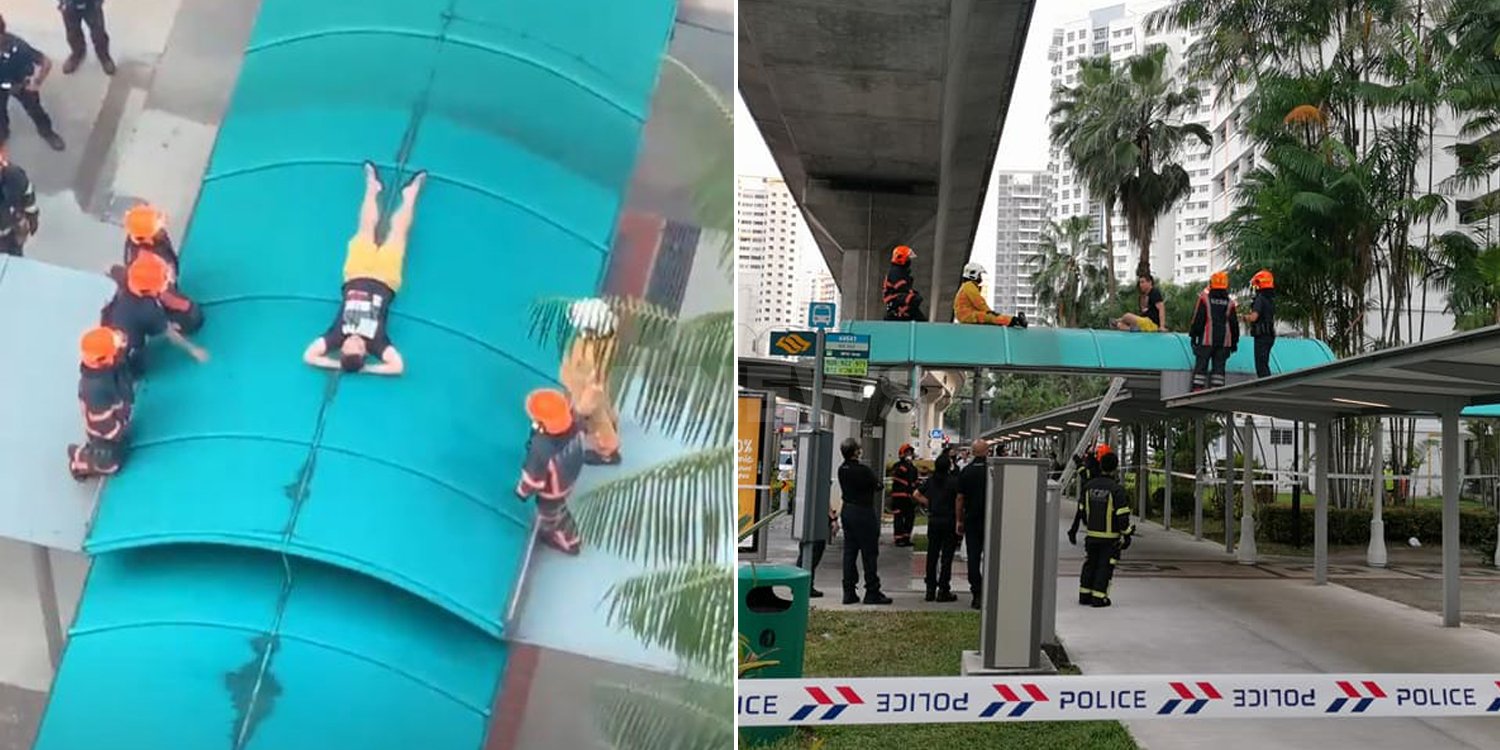 SCDF and police officers climbed up to talk to him.

A while back, a 19-year-old was arrested for the dangerous act of riding a PMD atop a walkway shelter in Bukit Panjang.

Strangely, it seems walkway shelters in Bukit Panjang are especially popular spots to hang out on, at least compared to their counterparts in other parts of the island.

On Friday (26 Feb), a man was seen climbing onto yet another walkway shelter in Bukit Panjang. At one point, the man even lied down casually on the shelter as SCDF officers tried coaxing him down.

According to an MS News reader, the incident took place at around 6.30pm on Friday (26 Feb) along Bukit Panjang Ring Road.

In a clip shared on the sgfollowsall Instagram page, the man was seen walking dangerously atop the curved shelter, located near Senja LRT station. 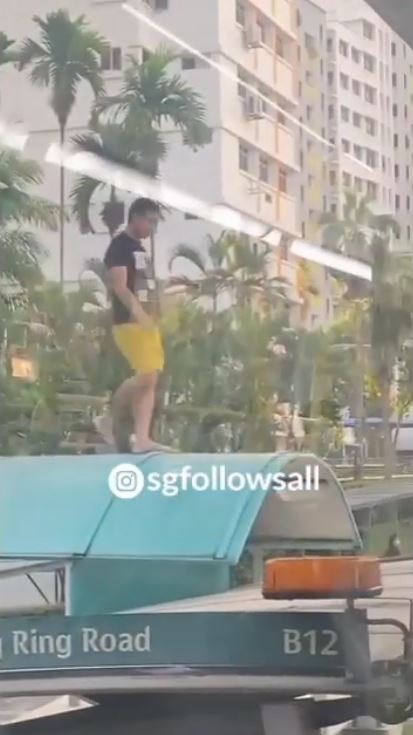 Officers from SCDF and SPF later arrived at the scene.

Armed with ladders and protective gear, a few officers climbed onto the shelter to talk things out with the man. 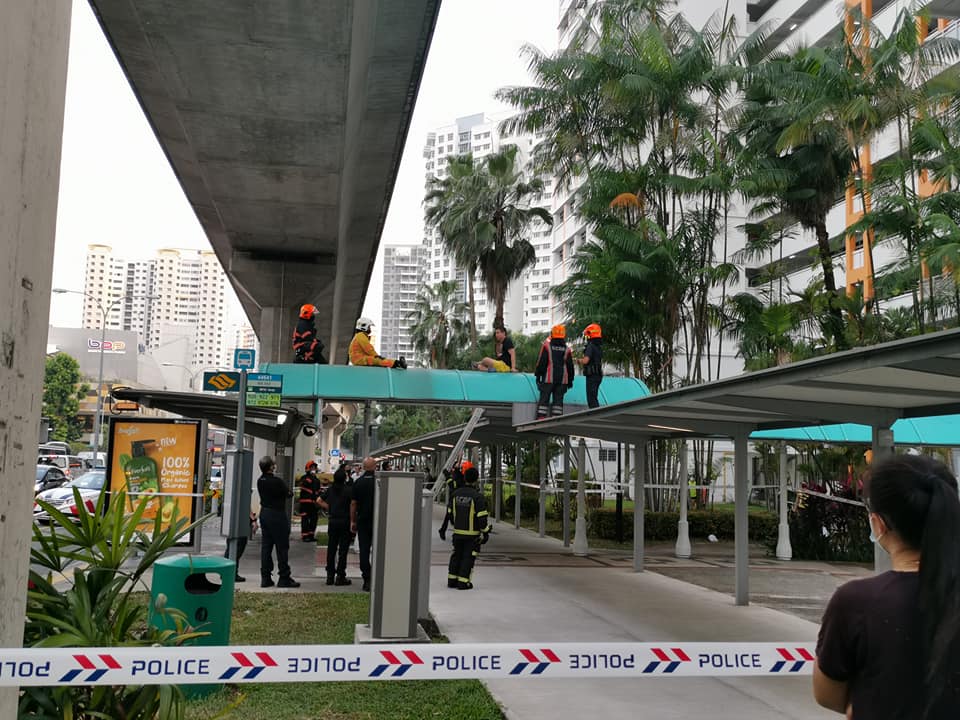 However, it seems the coaxing process wasn’t quite as straightforward, as the man appears to be ignoring the officer while staring blankly ahead. 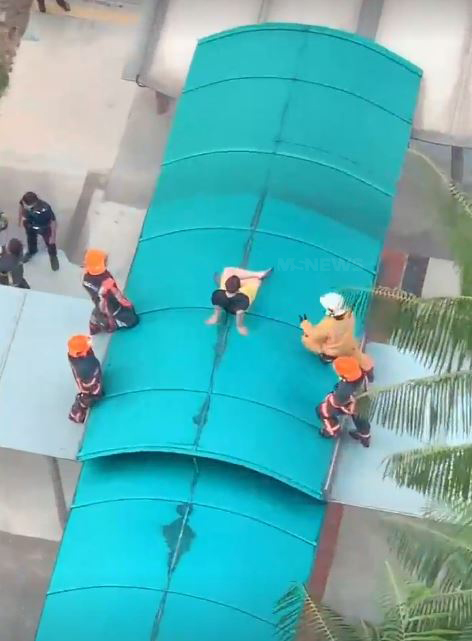 At one point, he allegedly said,

What’s wrong? I did not disturb anybody but enjoying the view, what!

Later, the man proceeded to lie down flat on the shelter. 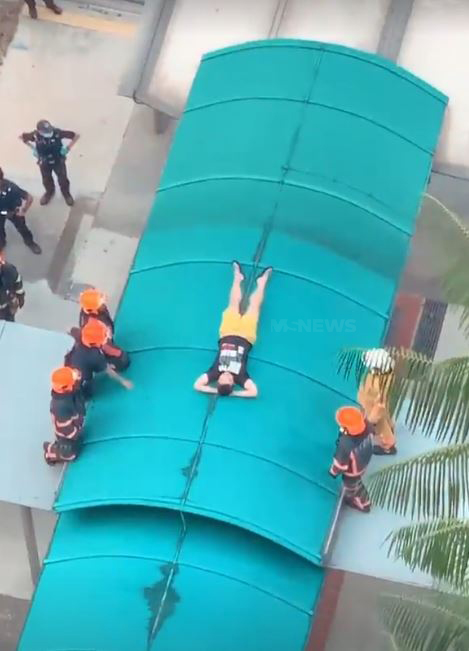 Thankfully, the man was later seen gently lowered to the ground by the officers on site. MS News has reached out to the SCDF and SPF for more information on the incident. Stay tuned for more updates.

Climbing onto walkway shelters can be dangerous

Kudos to SCDF and police officers for attending the incident. We hope the man didn’t sustain any injuries and received the help he needed.

Walkway shelters may not be very high, but falling from them may still result in some pretty nasty injuries.