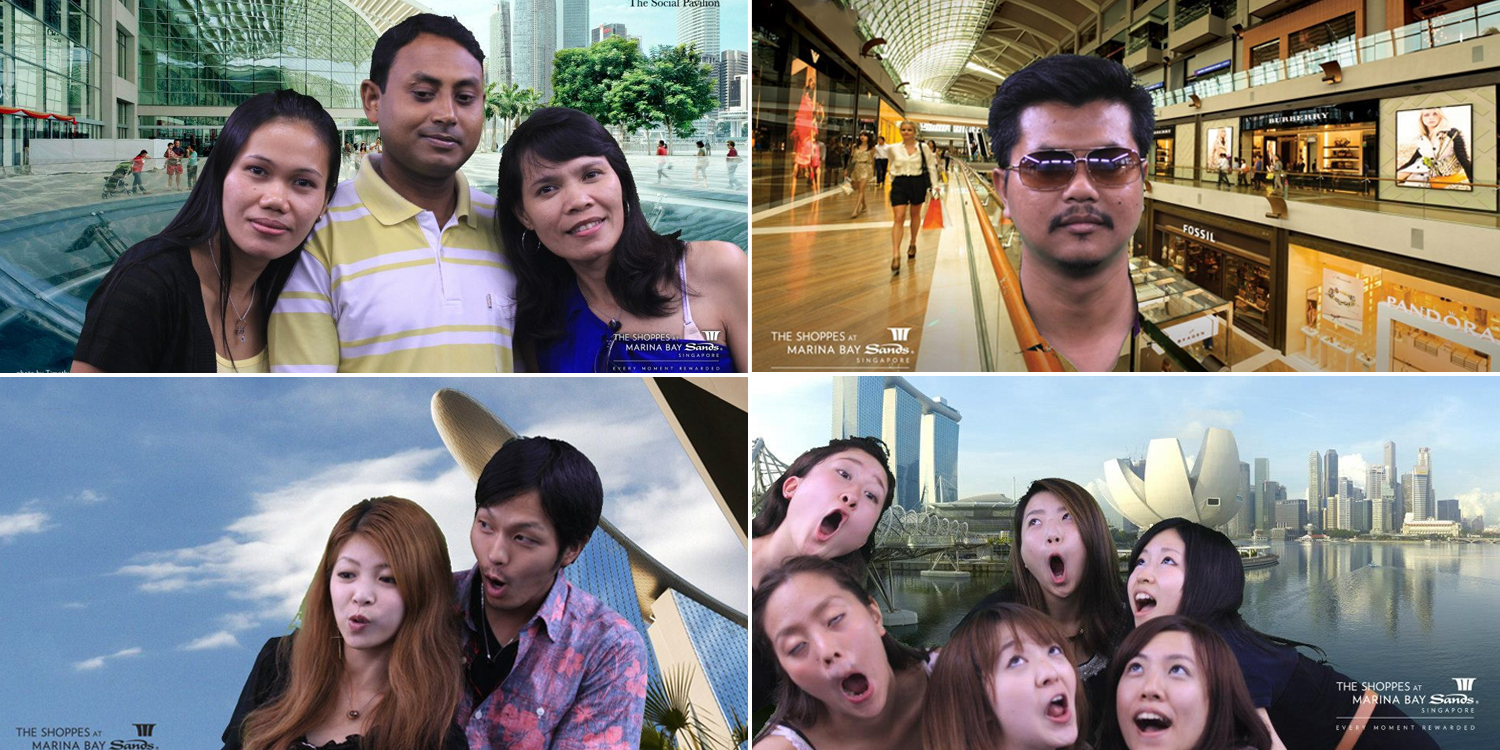 Photo booths that use greenscreens to ‘place’ visitor in artificial vantage points overlooking beautiful sceneries are no strangers at popular tourist attractions. 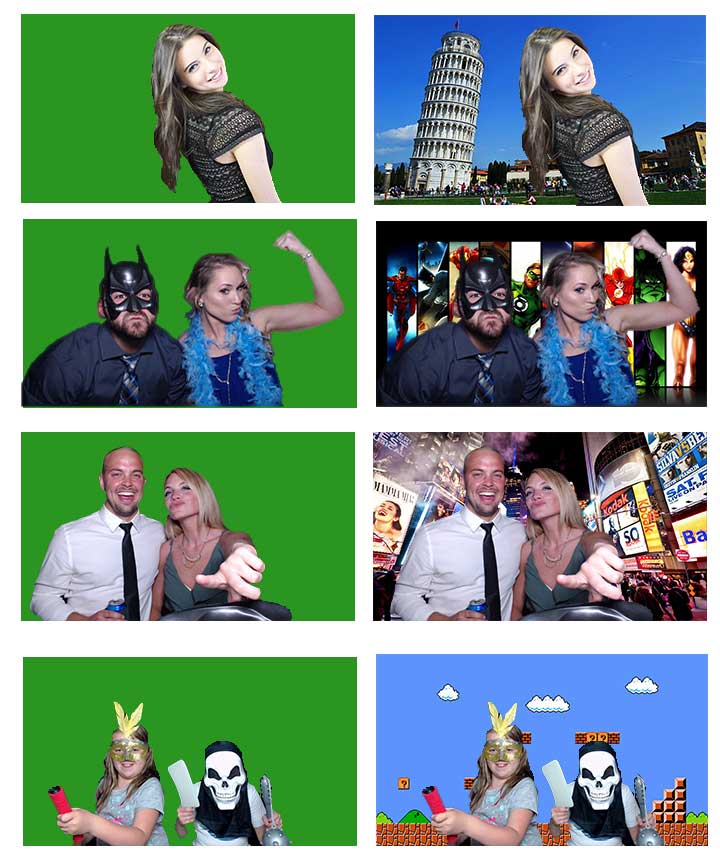 Marina Bay Sands (MBS) in Singapore is no exception.

Between 2012 and 2013, a pop-up booth named MBS Social Pavilion made an appearance at the tourist spot, allowing visitors to pose at various virtual locations without having to move an inch. These photos were later shared on MBS’ Facebook page. 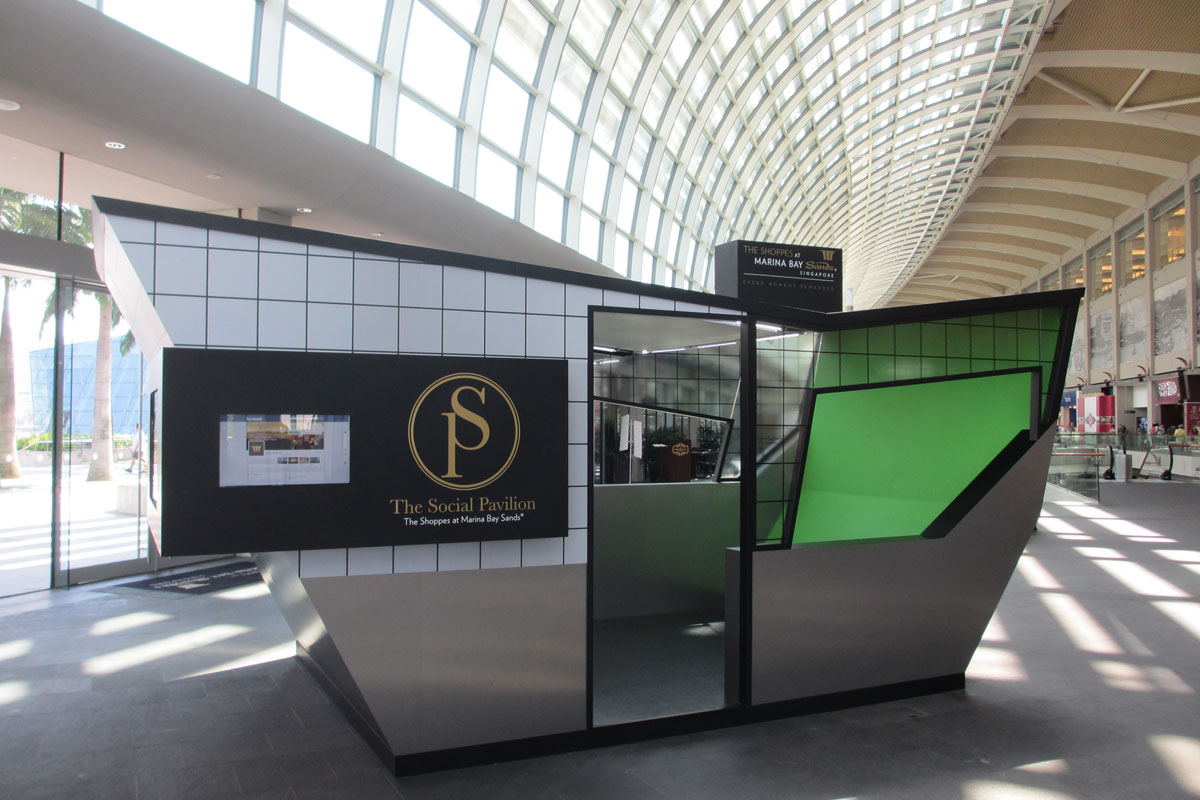 Yet 8 years later, some hilariously unglam pictures taken at the photo booth started circulating on social media, and netizen couldn’t help but wondered why they struck those poses in the first place.

Here are some of our favourites.

1. The one that grabbed our attention

The picture that garnered the most laughs involved a pair wearing shocked expressions on their faces.

But what grabbed netizens’ attention wasn’t their emotions, but rather how the man’s hands were awkwardly positioned. We cropped the picture as it probably deserves a rating higher than PG, but you can see the full photo here at your own discretion. 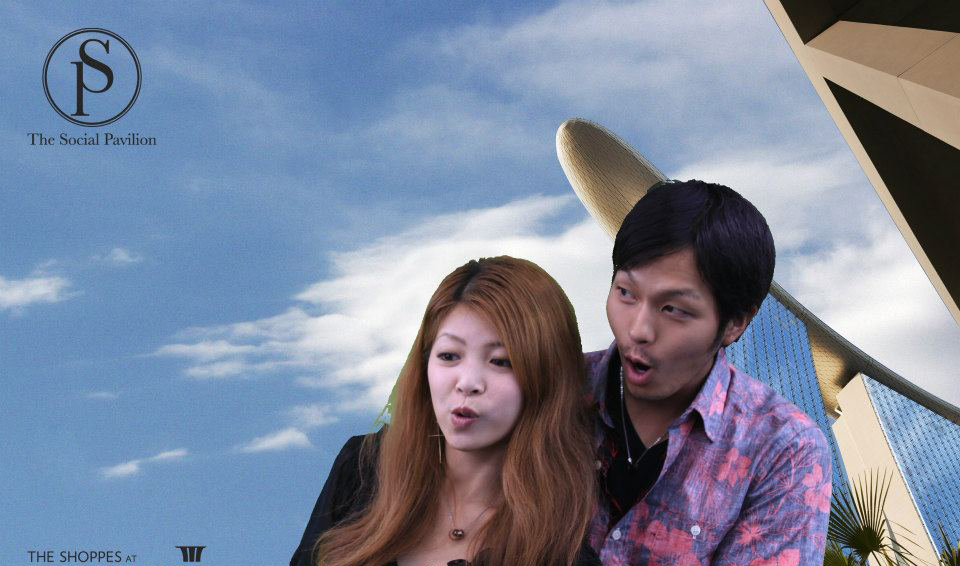 One Redditor couldn’t help but wonder why MBS posted the picture in the first place. 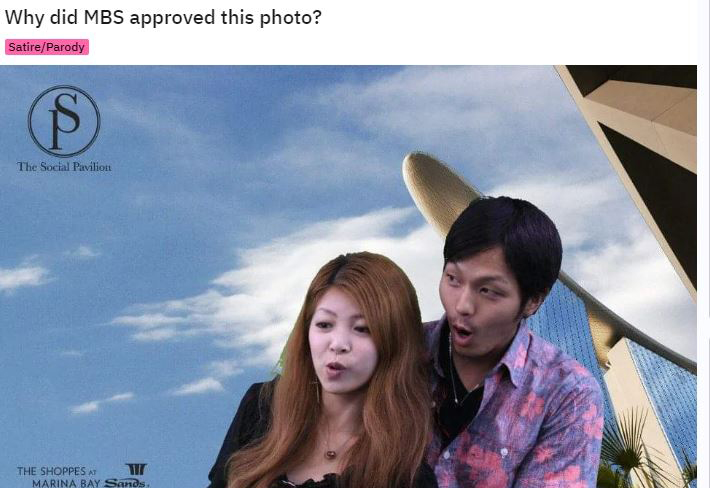 It’s one thing to strut down a runway, but another pretending to catwalk down the imaginative aisle of MBS. 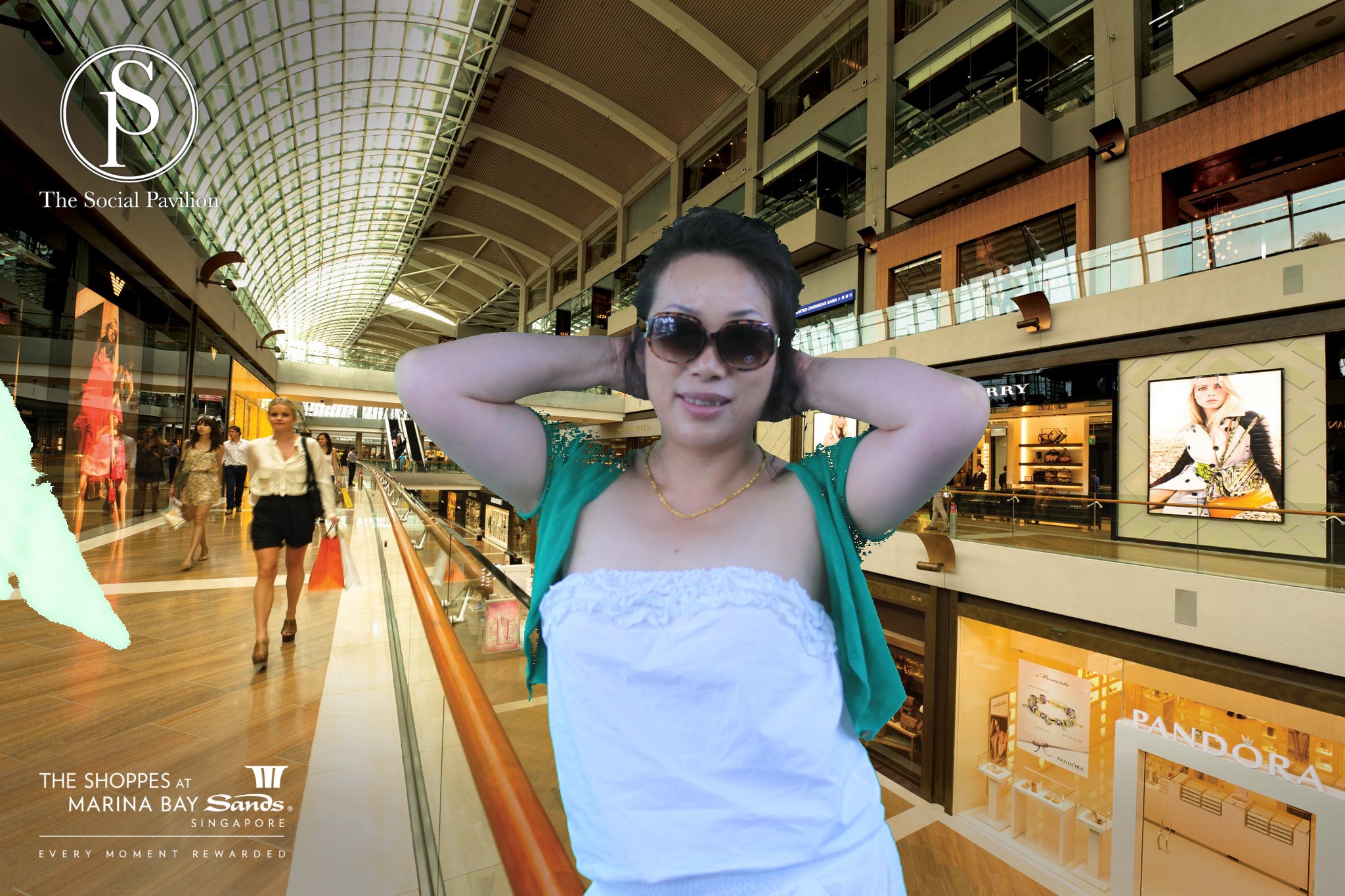 The lady was also seen pulling off a David Copperfield levitating act near MBS’ Venice-esque canals. 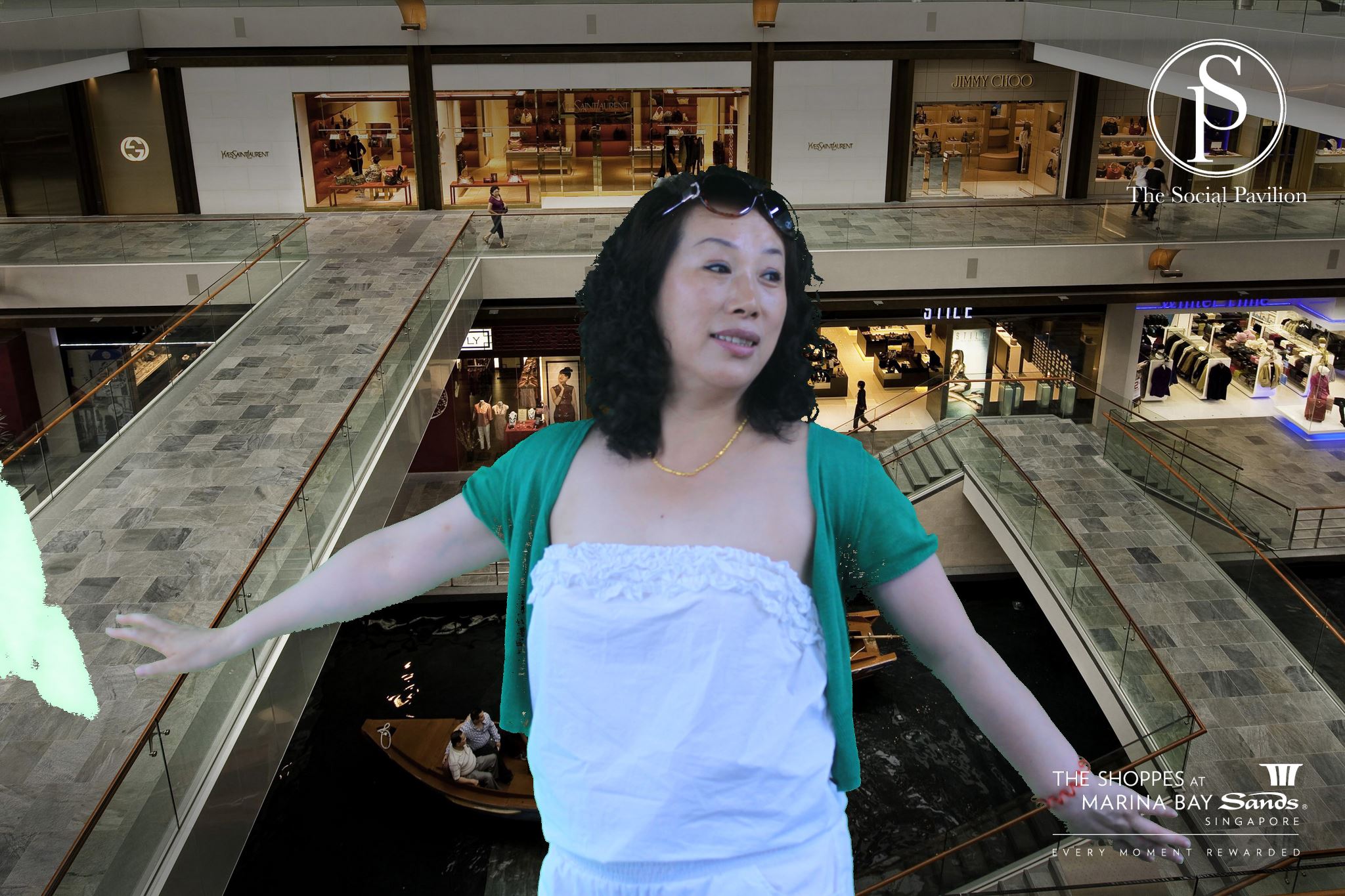 Many of us would love to have the ability to be invisible. This man who visited the photo booth years back seemed to possess just that. 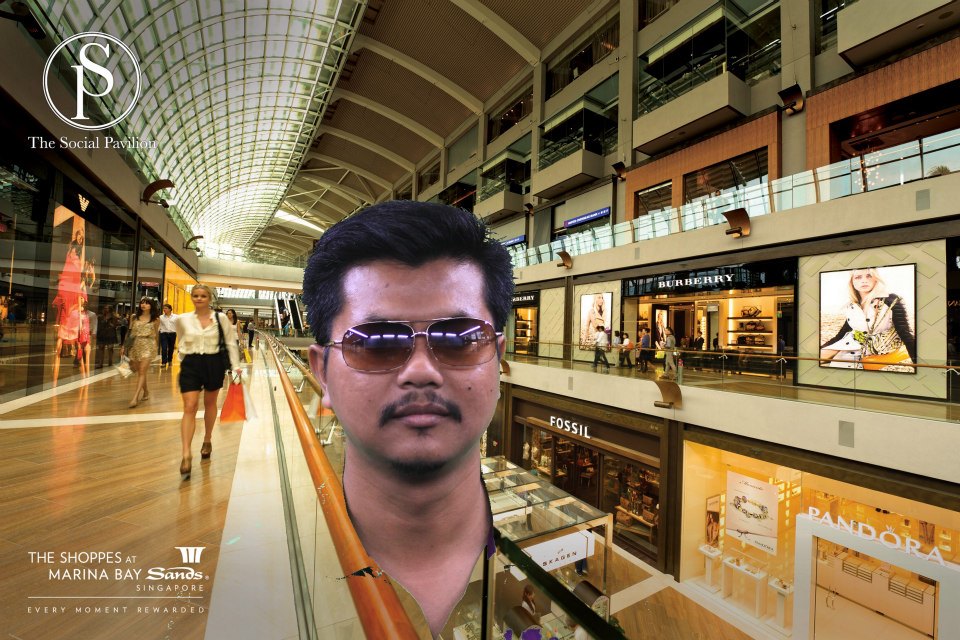 We heard rumours that he was never seen again after the picture was taken.

Jokes aside, he was probably just wearing a green shirt at the time.

Some guys naturally find it easier to befriend females, while others don’t. Here’s someone who clearly falls within the former camp. 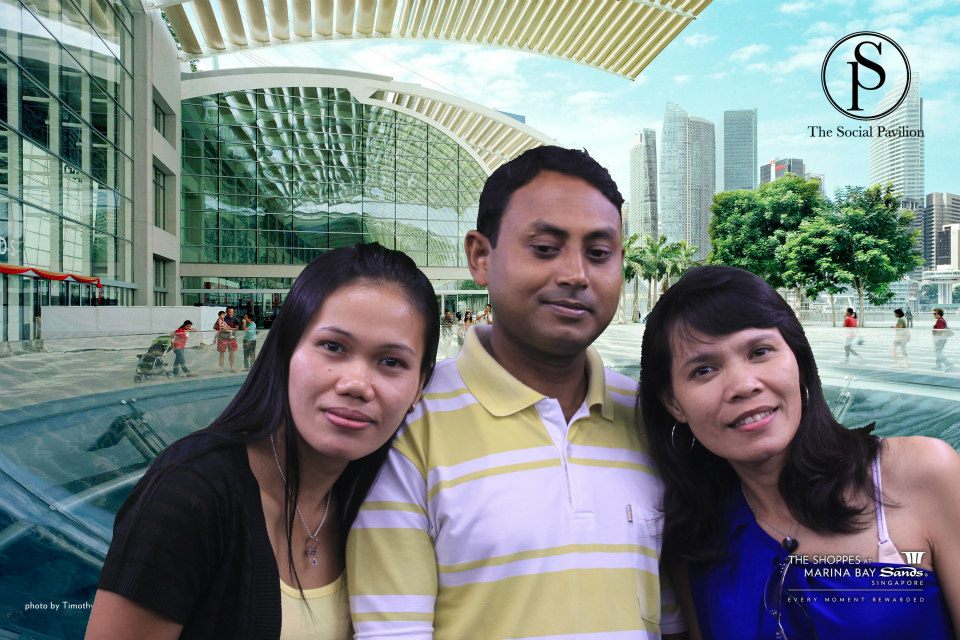 We honestly have no idea why this picture went viral. Either way, we hope the trio enjoyed their trip to MBS.

Most of us couldn’t help but marvel at MBS’ beauty and grandeur on our maiden trips. But that’s especially the case for the lady at the bottom left corner of this picture. 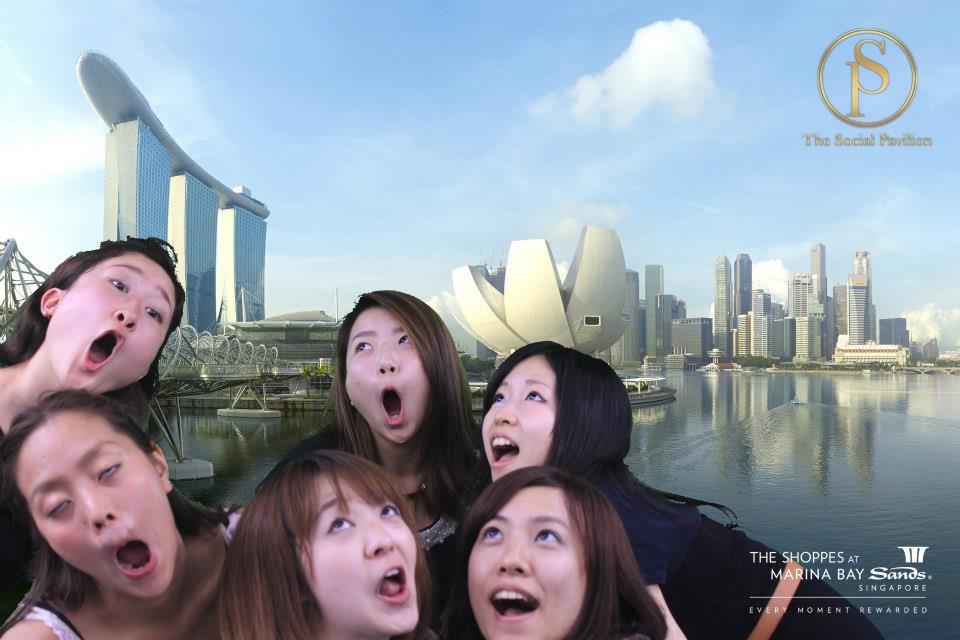 Before any of you start complaining about them not wearing masks and gathering in groups larger than 5, this picture was taken in 2013, so no social-distancing rules were breached in the process of capturing the shot.

Reminder of how lively MBS once was pre-Covid

These photos certainly bring back not too distant memories of how MBS was once teeming with life.

We hope the Covid-19 situation around the world shows signs of improving soon so tourist attractions in Singapore can once again return to their lively states.

That said, it’s genuinely hilarious how these photo booth pictures resurfaced nearly a decade after they were shot.

Let this serve as a reminder of how things posted online can come full circle to haunt years down the road.