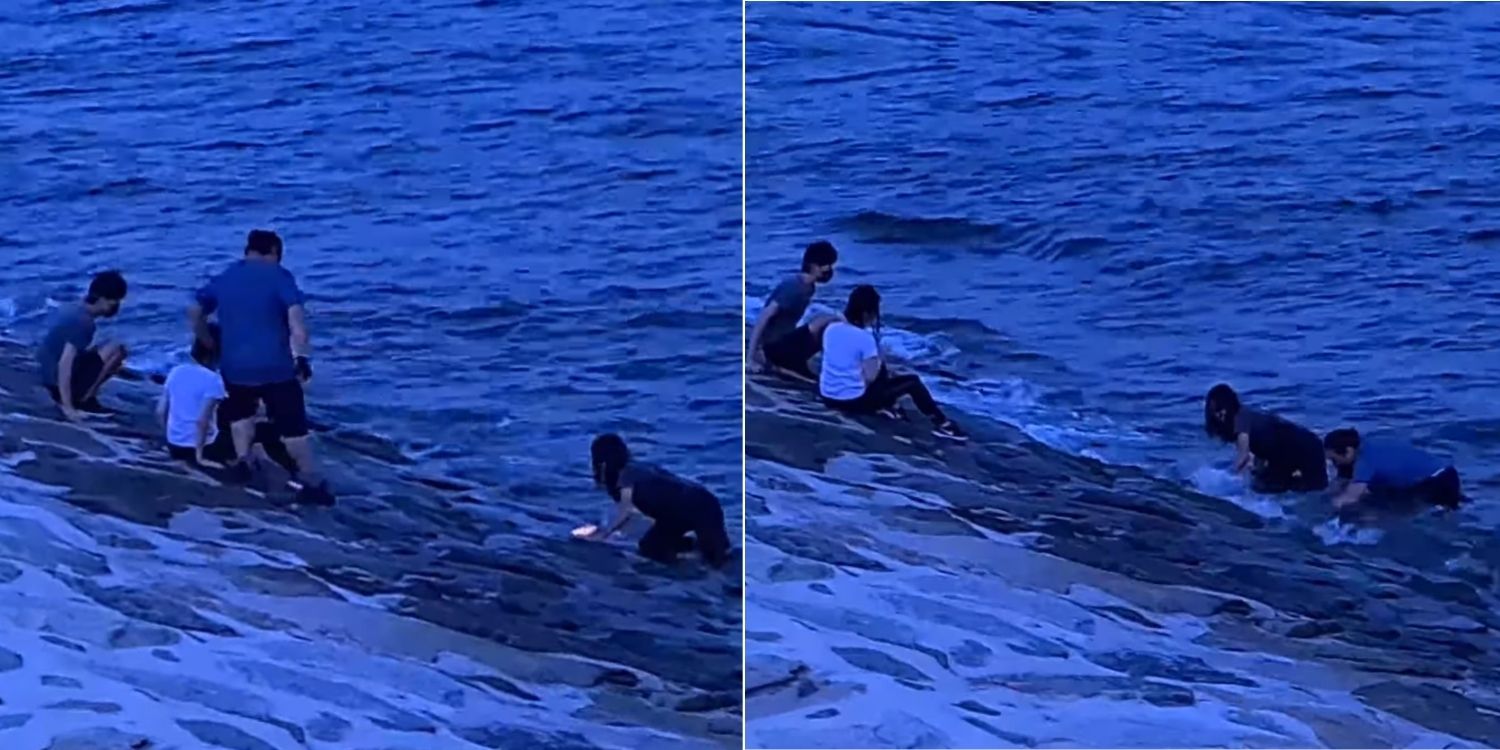 But more than that, the breakwater is meant to break waves before they reach the shore. It goes without saying that treading that line would be dangerous during high tides.

A woman may have learnt this the hard way after she was seen kneeling in the water, seemingly unable to move. As she stayed there looking rather helpless, a man swooped in to rescue the damsel in distress, albeit a little clumsily.

An onlooker who was watching the scene unfold decided to film the debacle, accompanying it with an acapella rendition of the Titanic theme song.

In a 2-minute video that Facebook user Piz Levy shared on 15 Aug, a woman appeared to have fallen into the sea at Marina East breakwater and gotten herself stuck.

As she struggled to hold on to the surface, with handphone still in hand, 2 men approached to render some assistance.

While one inched forward cautiously using his hands and feet, another walked down the slop confidently before slipping and falling into the water as onlookers oohed and ahhed.

Witnessing the pair struggling to get a grip of the rocks, Piz started singing an acapella rendition of the Titanic theme song.

Pair eventually climbs up to safety

As Piz continued singing the song, the man and woman started their ascent up the breakwater.

The woman even shoved her phone up towards another woman nearby, presumably prioritising the device’s life over her own.

Eventually, after some struggle, the pair managed to climb up the side of the breakwater to safety.

They returned to their picnic mat close by, seemingly unfazed by onlookers’ curious stares.

Stay clear of the waters to be safe

Although things turned out fine for the pair, it would be hard to guarantee that for everyone, should they end up in a similar situation. Even more so when weather conditions are vastly different.

Therefore, if you’re planning to visit the breakwater soon, do be sure to stay clear of the waters.

And if you’re there for a picnic, remember to pick up after yourselves. After all, we’d want to keep the area clean and pristine for everyone’s enjoyment.