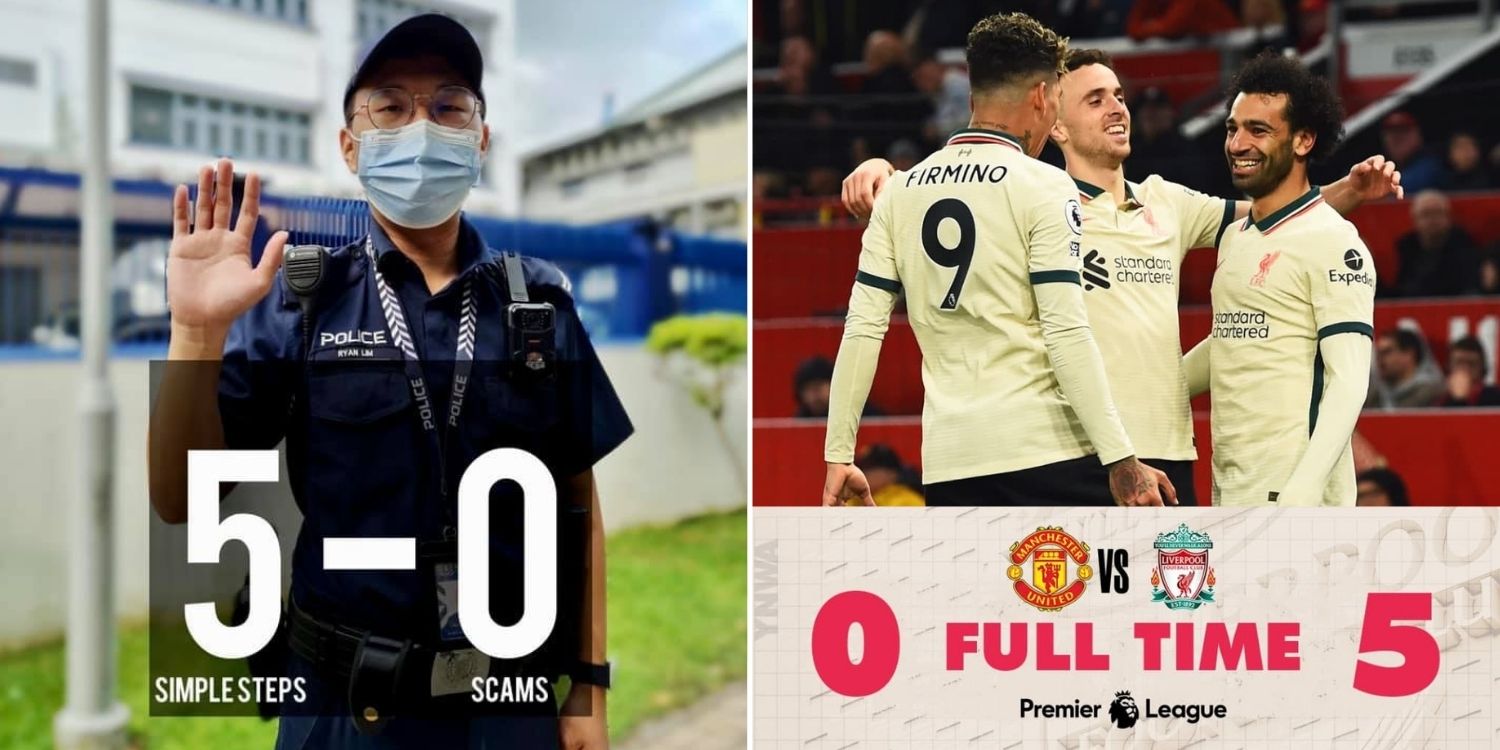 Most football fans were glued to their screens on Sunday (24 Oct) when Liverpool Football Club and Manchester United clashed on the pitch. When the scoreline eventually finished 5 goals to nothing for the Scousers, the Reds took to social media to gloat about the win.

While most fans did their best to carry on the ‘tradition’ of spinning puns from such major scorelines, a police station in Singapore decided to join the fun too.

Promoting their anti-scam campaign, Marine Parade NPC cleverly suggested 5 steps to prevent 0 scams. Attached in the post was also a picture of a police officer holding 5 fingers up, further emphasizing the scoreline. 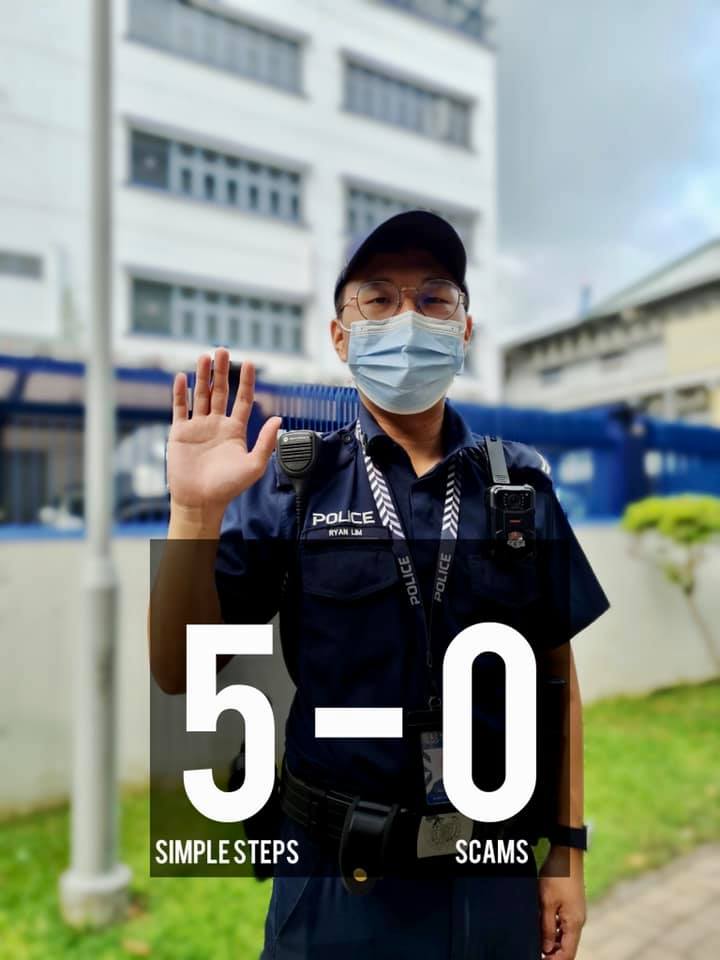 On Monday (25 Oct) night, Marine Parade NPC took to Facebook to share about their campaign that teaches citizens how to prevent scams. 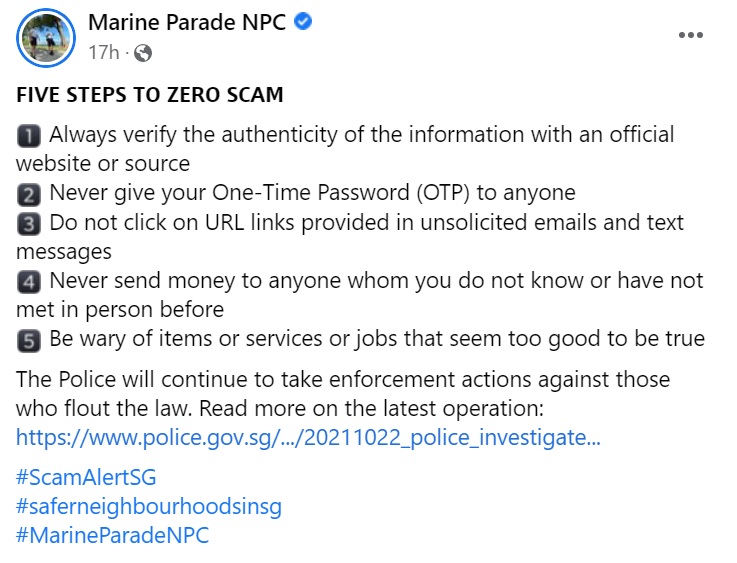 Posted less than 24 hours after the one-sided match, the post leveraged on the score by suggesting 5 steps to prevent 0 scams.

The post ends with assurances from Marine Parade NPC that lawbreakers will be taken care of.

Though likely done in jest, the post received divisive reactions in its comments section.

However, another netizen, presumably a Manchester United fan, didn’t see the funny side to things and labelled the post distasteful.

This Manchester United fan took the banter rather well, and saw the funny side to the post.

When it comes to footballing matters, it would sometimes bring up our tribalistic tendencies.

Hopefully, the message was well received and at the end of the day, beyond the harmless banter.