Must Share News – Independent News For Singaporeans
Home Inspiration Perspectives I Planned A Migrant Worker Party A Day Before The Little India... Crammed into a small, dusty room, the cacophony of carols and last-minute planning erupted from our small group. At the age of 13, this would be the first of many future encounters for me — but I wasn’t to understand the full impact of this event till I was a lot older.

While no one said it explicitly, there definitely was a strong wave of uncertainty of what was to come. Whether it was social anxiety, preconceived notions, language barriers or differences in culture, I guess we couldn’t pinpoint an exact reason. 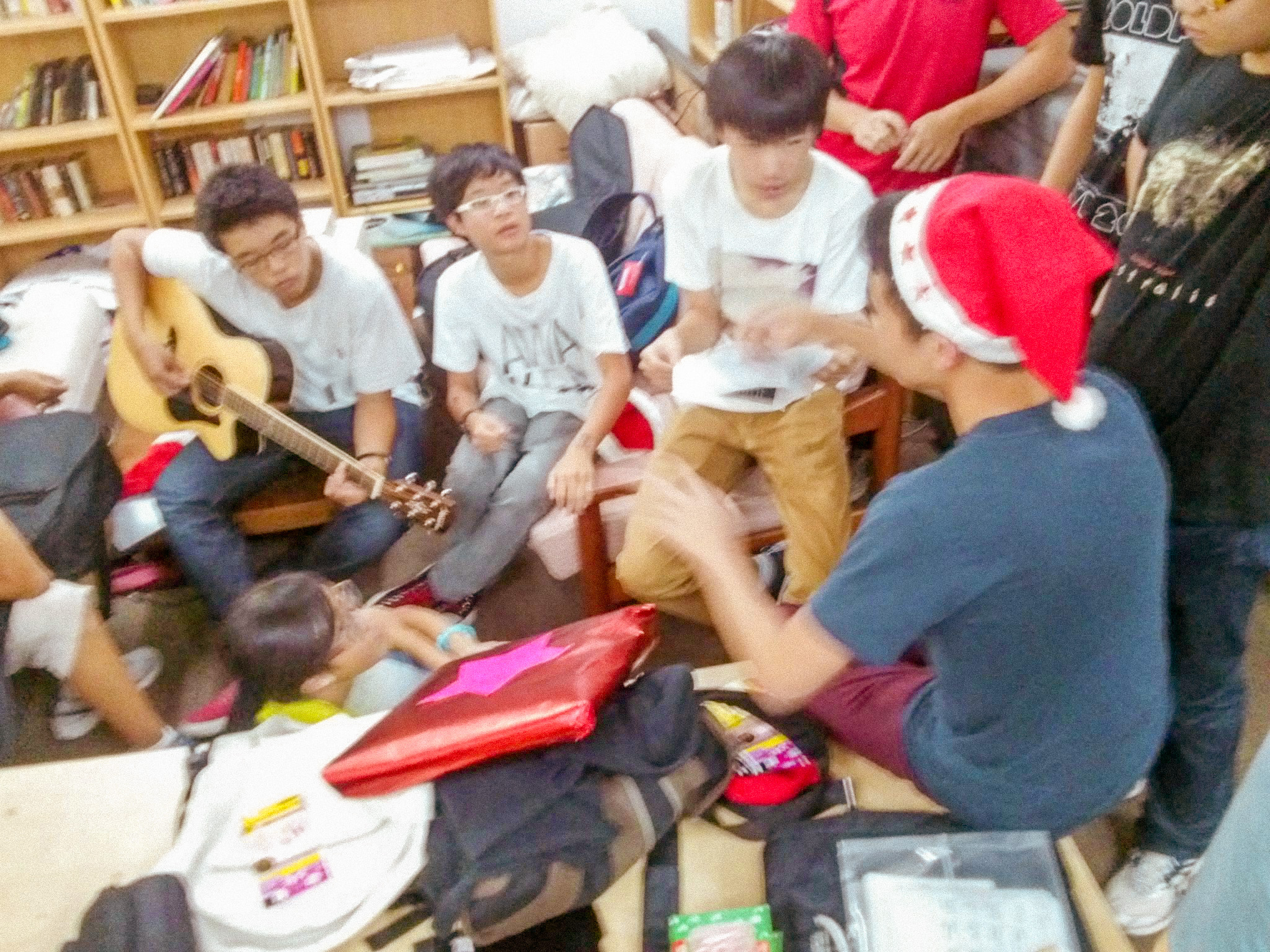 As the hour approached, we emerged from our stuffy room, greeted with a cool rooftop breeze and a hubbub of conversation we didn’t quite understand.

Dressed in crisp button up shirts and ironed out jeans, our audience was nearly half an hour early. 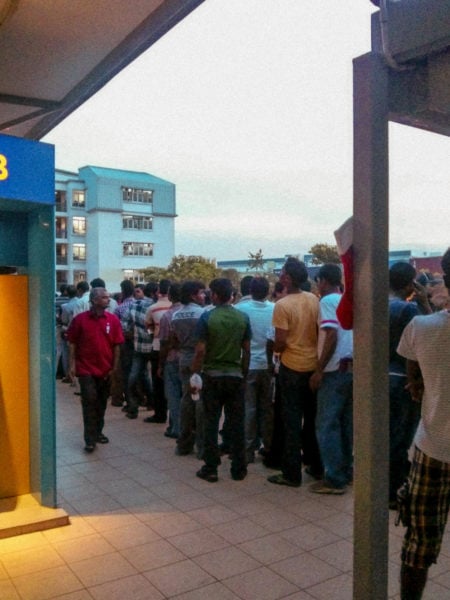 The sheer number of people left us pretty nervous, but as we played some games and sang some songs, we observed the tension in everyone’s shoulders gradually lifting. We began having fun, dancing and singing, as laughter filled the air. 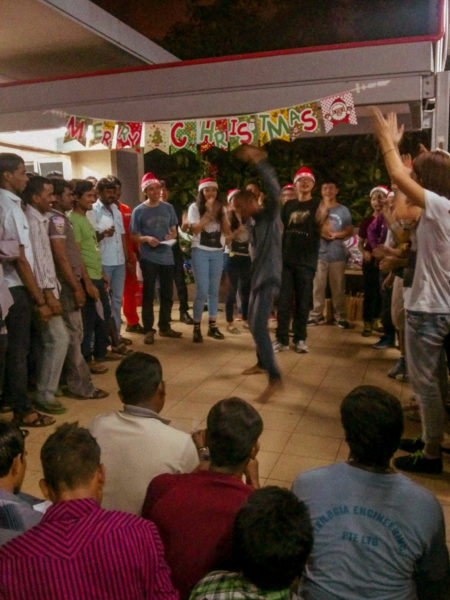 As I danced opposite them, I began examining our guests just a little closer. The crisp shirts and ironed pants I saw initially, had little holes I hadn’t noticed before.

I saw paint stains on their arms, callouses gracing their hands, and a tiredness in their eyes I missed at first glance. 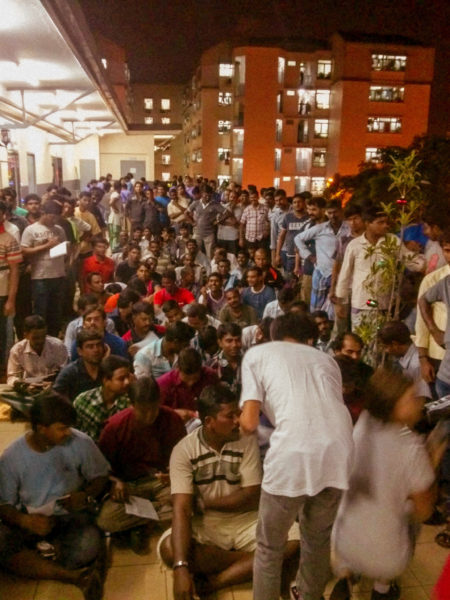 As the night wore on, I began pushing past mere observations and plucked up the courage to speak to a few workers around me. I heard stories that moved me till this day.

To be fair, they’re all stories we’ve heard before — of being far away from their families, and long hours of gruelling, backbreaking work with little to no financial returns.

But it struck a different chord in us when we witnessed them being told in person.

I recall tears being shed as a guest recalled how his 2-year-old daughter patiently awaited his return in Bangladesh. Whether they were mine, or from my new friends, it remains foggy until now.

Then came fire — overturned cars, violence and pure chaos. Fear and trepidation filled my heart as I heard the shocking news the very next day.

Encounters from the party were still fresh in my mind as I witnessed the Little India Riot unfold on my TV screen, just a day after our party. I was confused.

In retrospect, my 13-year-old self’s brain was pretty befuddled with emotions, desperately seeking a reason to comprehend the violence.

However, now I see more than ever, that the riots were merely a tipping point to an already overflowing pot. A total of 420 people were asked to assist in investigations, eventually seeing 57 repatriated, never to step foot in our country again.

The impact, however, extended beyond the 25 damaged police cars and SCDF vehicles. Alcohol bans and gathering restrictions were put in place, and it would never be the same in Little India again. 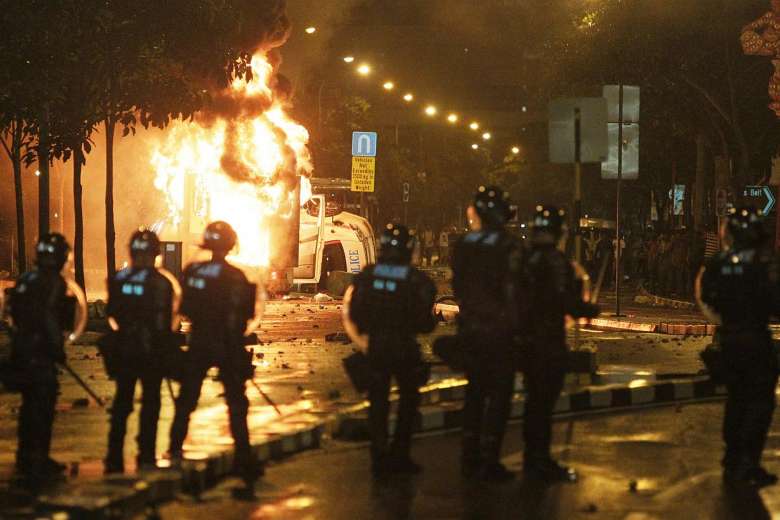 I thought about my new friends I met at the party as I watched the news. The ones I shared tuneful, festive songs with. The ones that told heartfelt but dearly missed encounters with their families.

It was hard for me to reconcile that the flurry of fire & chaos in Little India was actually unfolding in Singapore, that fateful night on 8 Dec 2013.

But what boggled me most was reading the comments from Singaporeans on the issue. The comments that asked for our migrant workers to be sent home, saying that they didn’t belong here.

There was a lot of anger coming from our community. There seemed to be a great chasm that could never be bridged. I still wonder what more I could’ve done to help.

Public begins to care when it affects us now

Flashforward to the onset of Covid-19 in 2020, 7 years later. The brewing context of our migrant workers’ daily struggles quickly surfaced to the fore yet again as they brought with them national consequences. 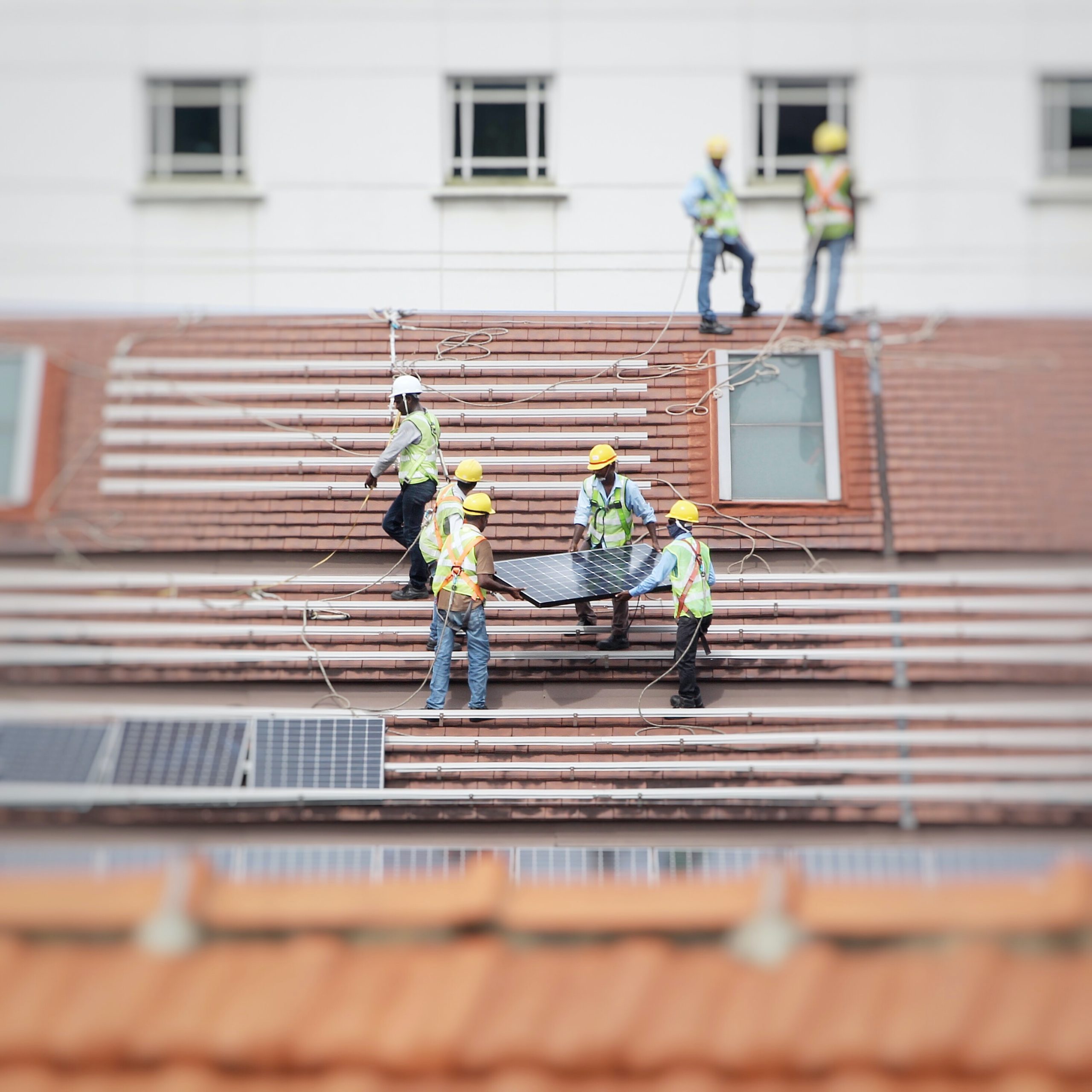 But our migrant workers’ living conditions & concerns aren’t anything new. 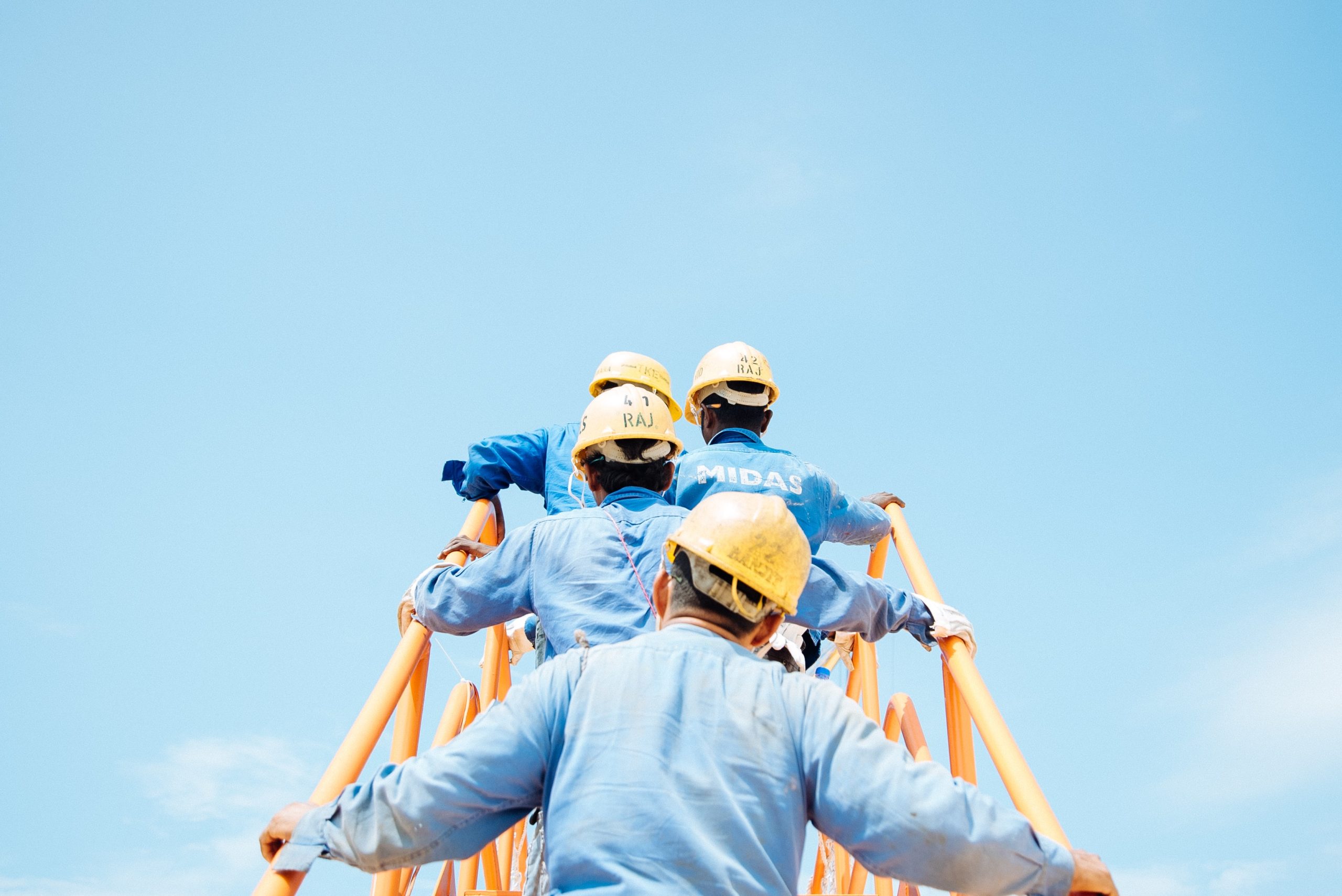 We just didn’t know the extent of it before the Covid-19 pandemic impacted the community.

“Thanks for making me feel like a person again”

Coincidentally, I remember heading down to a migrant worker’s dormitory just before the Covid-19 pandemic hit us, to be a ‘befriender’ as part of our outreach efforts. The day went by quickly, yet another time of fun and simple conversations, but my encounter with David was what has stayed with me forever.

I recall him beaming with joy as he introduced himself as an aircon repairman. He told me how happy he was to have this time to relax, and have some fun with his buddies.

He was a quick-witted partner, bantering with us & sharing the quirks of his occupation with an easy laugh & a permanent twinkle in his eyes. 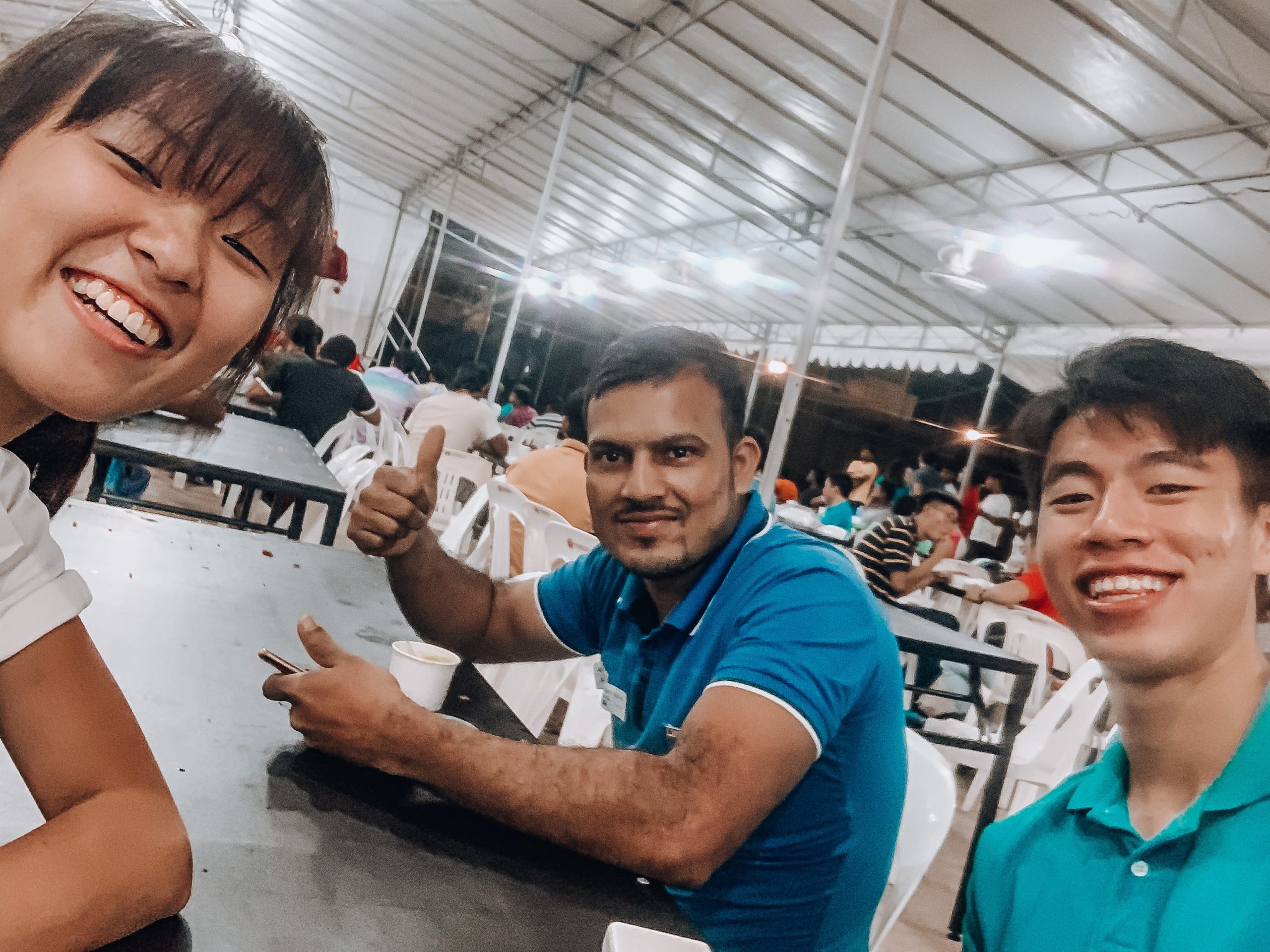 Photographed friend is not David
Image courtesy of writer

At the end of the night, after taking a selfie with him, David whispered,

I’m so thankful for you all who help me feel like (a) person again.

It was a simple but loaded statement, and it hit me hard.

Help is ever present, but mindsets need to change first

The truth of the matter is that there’s already a lot being done to help our migrant workers. 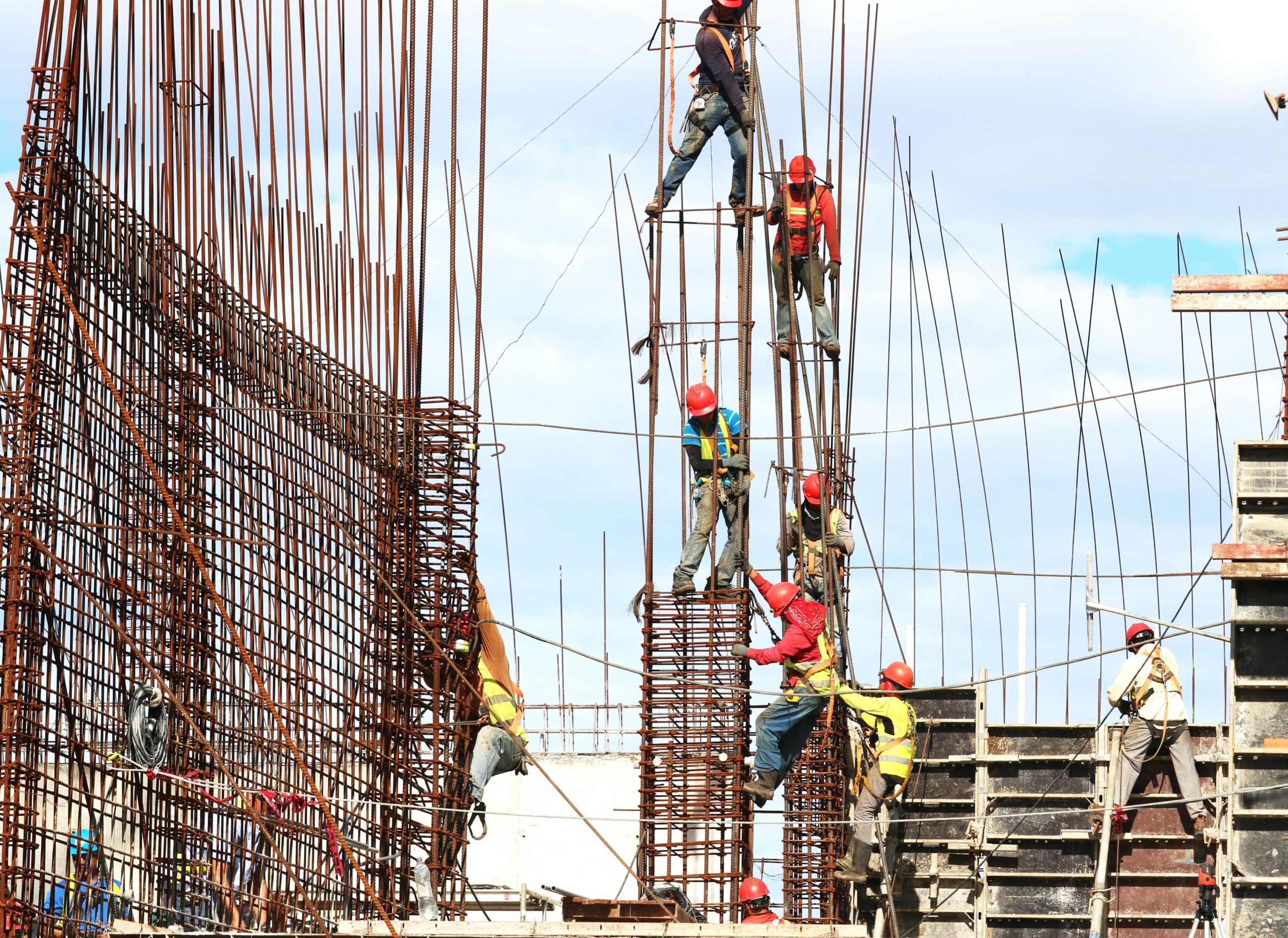 Organisations like Healthserve have been working silently behind the scenes all these years to provide support for our workers.

Here are just 2 organisations in a long list of many others helping with outreach to our migrant worker community:

But they need more help. Not just in manpower or logistically, but in open, caring hearts of our citizens as well.

Find out how you can support them. Raise even more awareness, and share your stories with our workers. 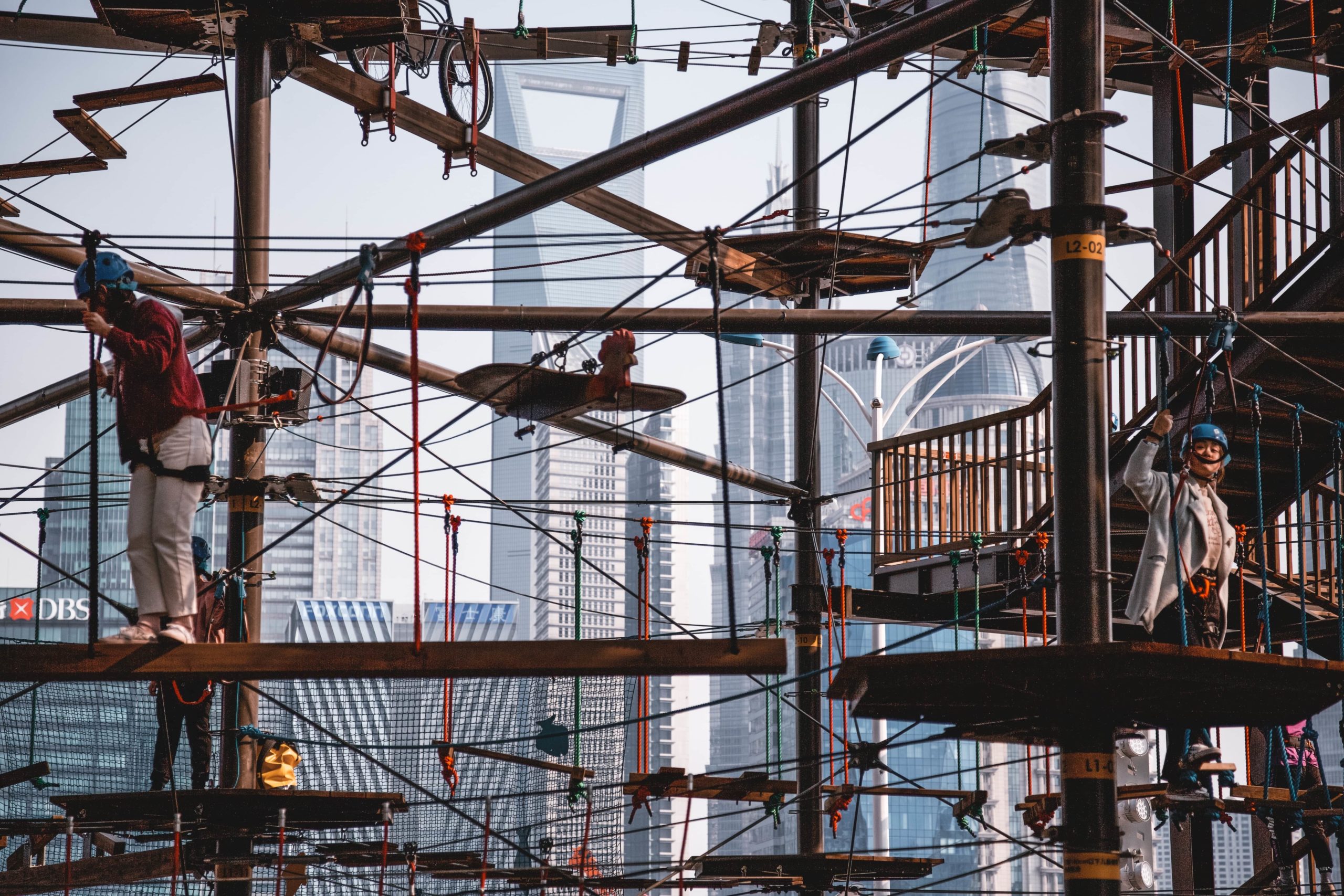 That’s how we can change our mindsets and create a conducive environment to address issues that desperately need to be talked about earlier.

It is a simple yet deeply rooted mindset, but not one we can never change.

We could’ve acted earlier, but we can still start now

As new dormitory worker Covid-19 cases dwindle, as media attention on our dorms wane and shift towards the upcoming elections, we must remember the lessons at the heart of this health crisis.

The things that have united and divided our communities, that over time – even since the first riot we’ve had in modern times – continue to leave indelible marks on our invisible communities. Our government has promised to build new migrant worker dormitories with improved facilities & living conditions. That’s a good start. Progress, some might add since the 2013 Little India Riots & this Covid-19 pandemic.

But let’s go beyond relying on our government for action. Migrant workers are simply people working hard to live their lives to the fullest, just like all of us. 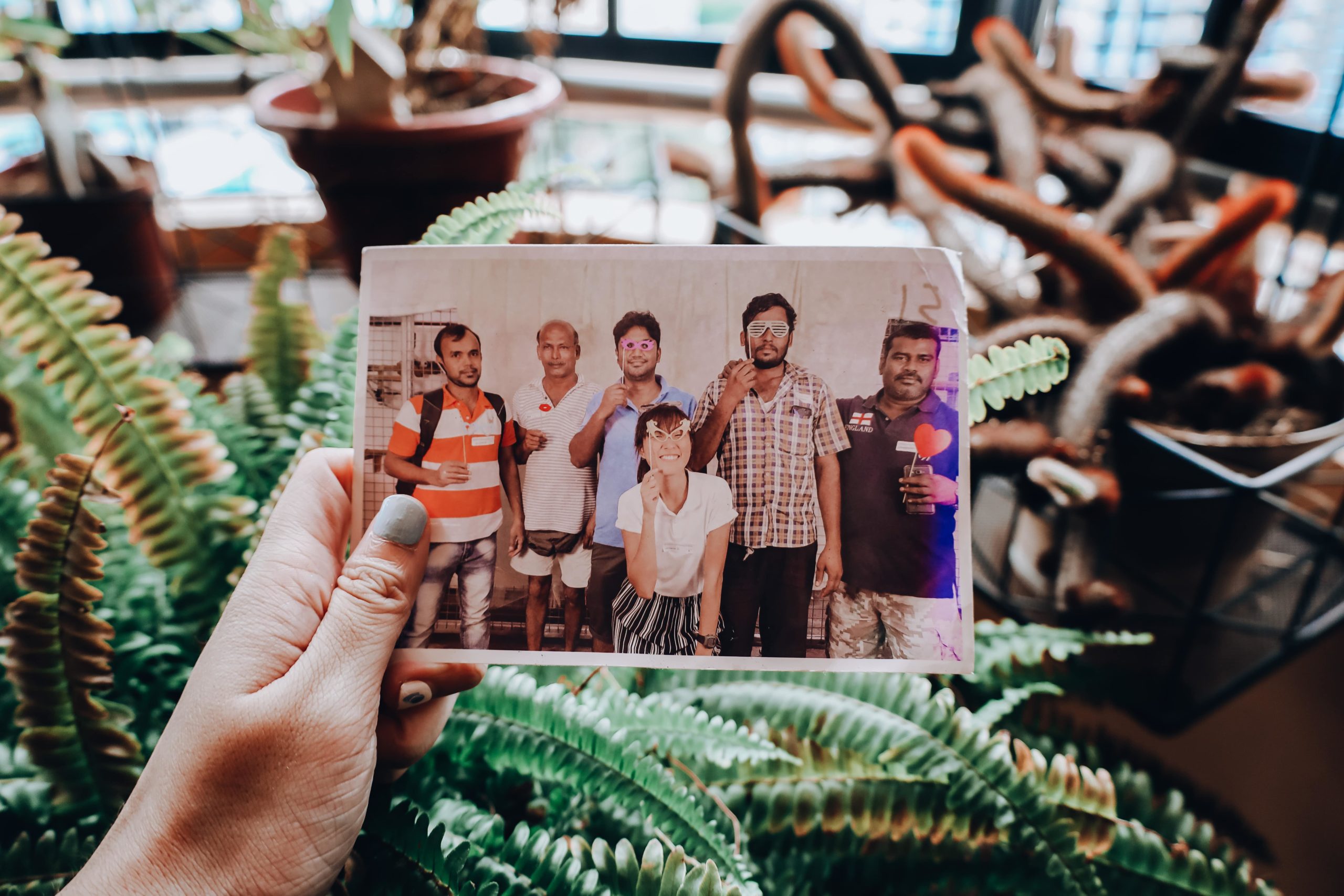 The best actions aren’t always the grandest, but simple ones that come authentically and from the heart.

What I’ve shared is simply what my experience has been like. It’s an experience I will not let stop here, and one that will always be held close to my heart.

13-year-old me felt so much for the cause, but I refuse to let 20-year-old me and beyond be content with the situation by simply “feeling” things.

Although we’re aware we could have acted earlier, we can’t go back in time to reverse the decisions we’ve made as a people, and as a nation.

But we sure can start now.

Featured image adapted from Unsplash. Names & identities featured have been changed upon request.