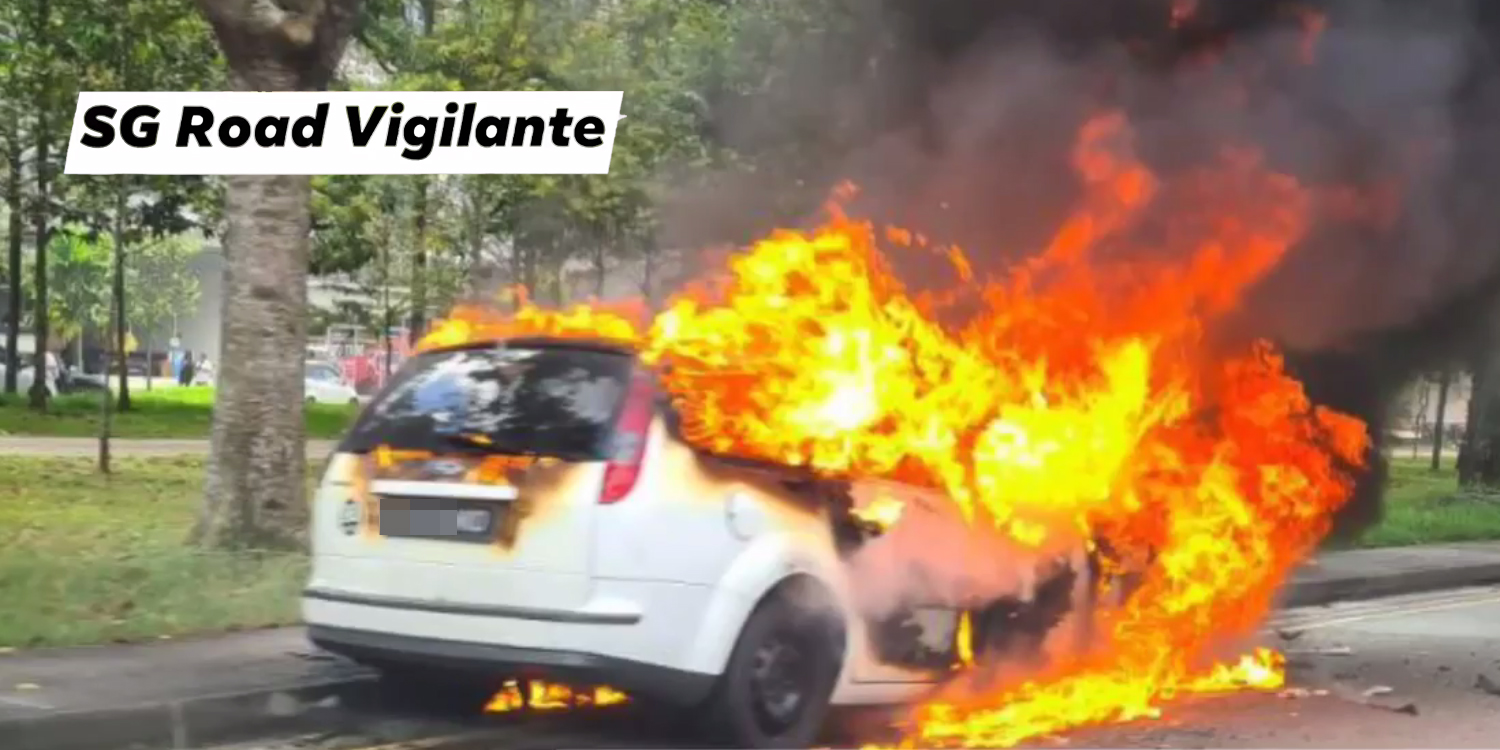 Ministry of Defence (MINDEF) vehicles aren’t just limited to tanks, trucks, and ambulances. Some seemingly ‘ordinary’ cars have also been spotted bearing the iconic “MID” letters on their car plates. 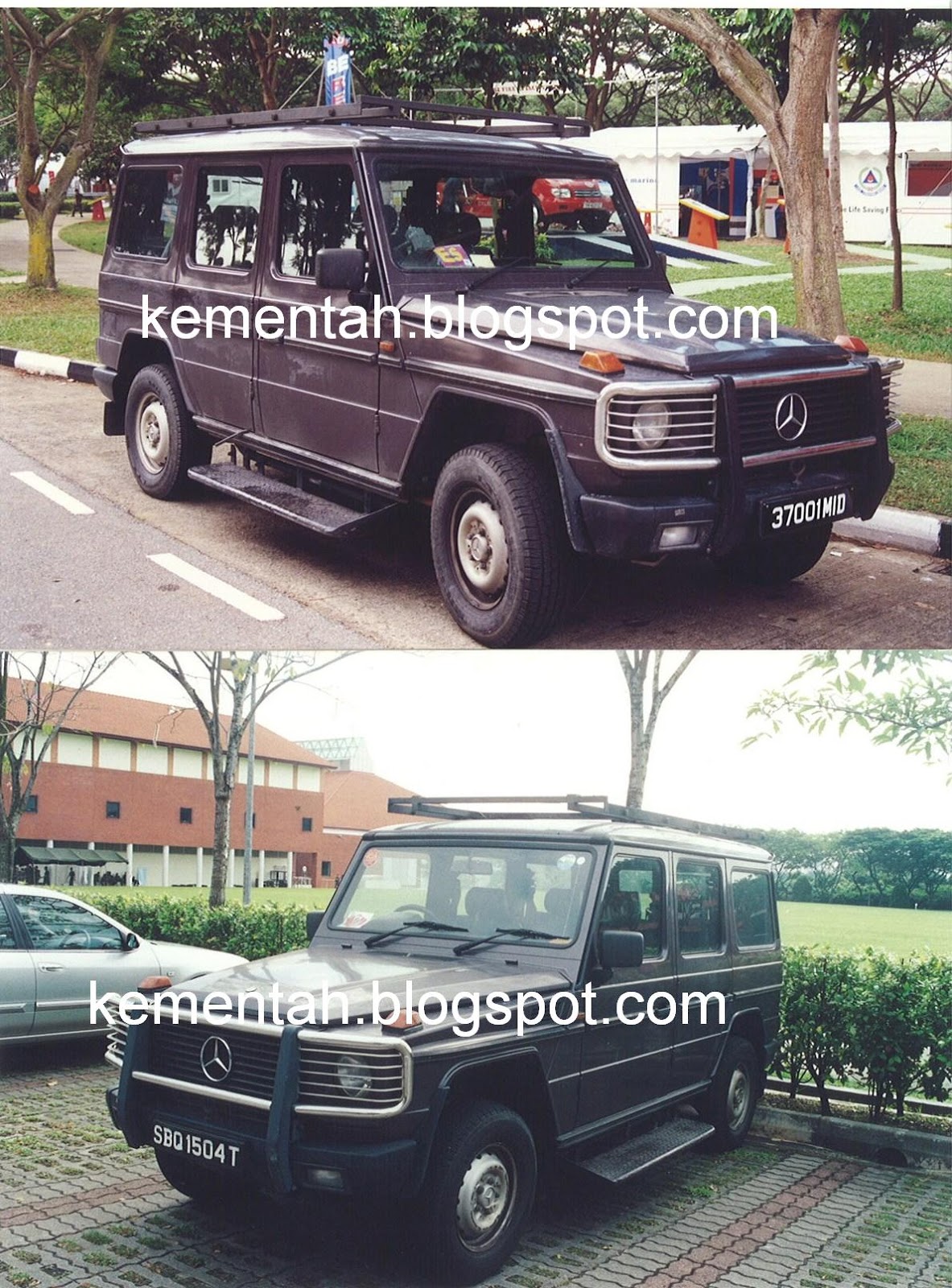 On Tuesday (21 Jul), what was apparently one of such ‘civilian’ vehicles burst into flames in Woodlands. Pictures and footage of the incident were shared on the SG Road Vigilante (SGRV) Facebook group on the same day. 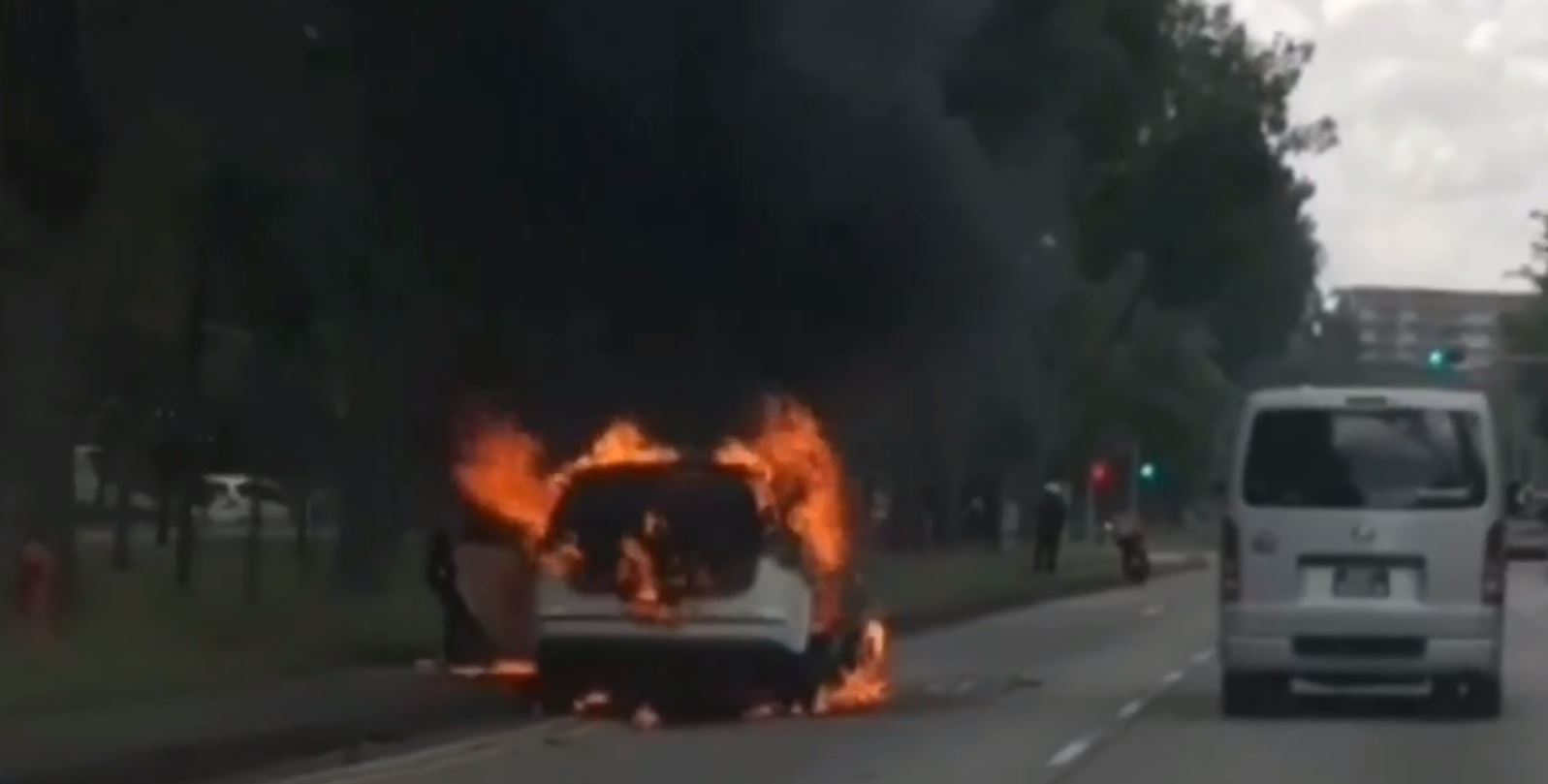 In the image that appears first in the video, a white car parked along the side of the road was engulfed in flames, covering the entire front of the vehicle. 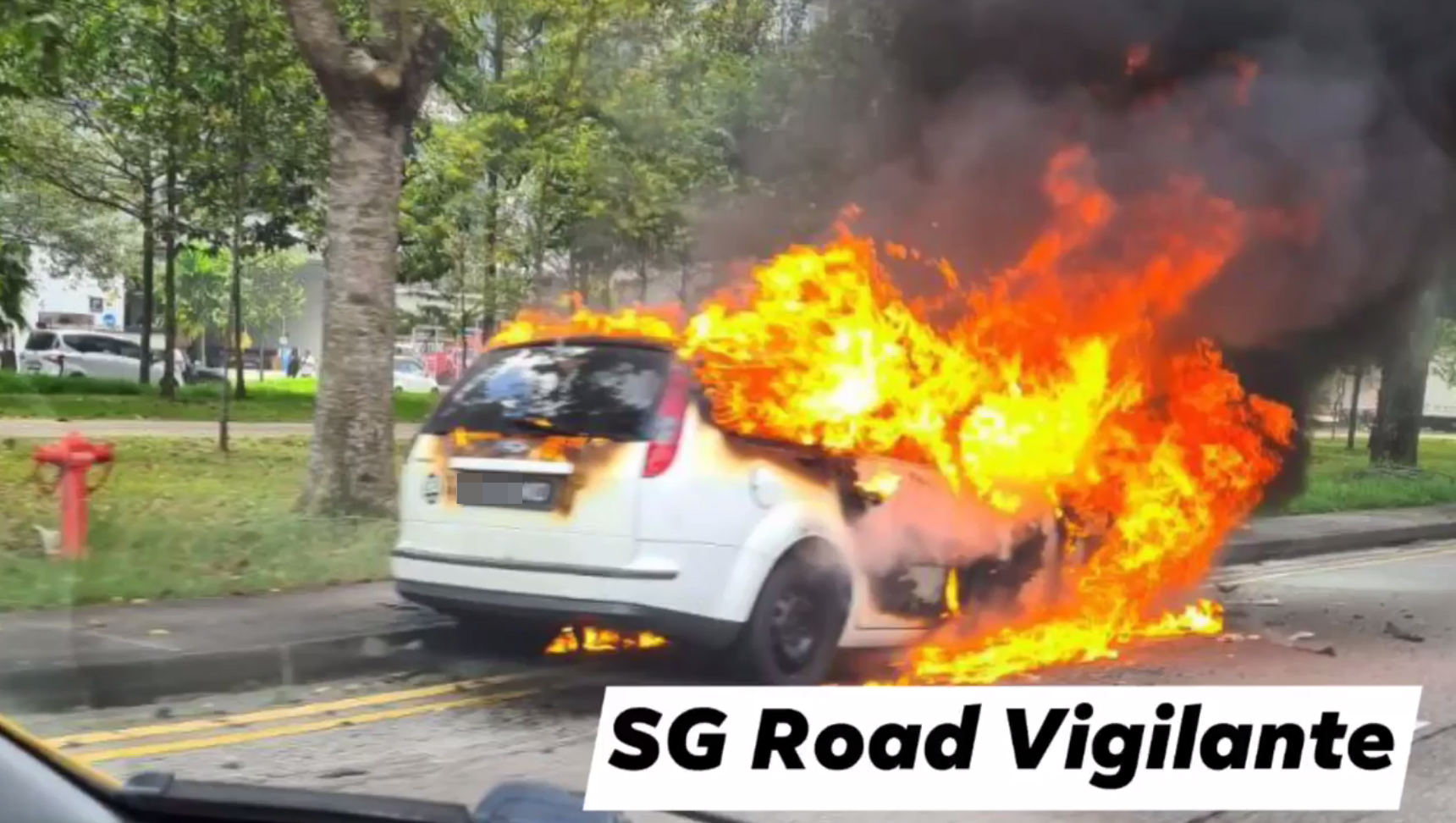 According to the description which accompanied the clip, the car was apparently a white Ford Focus MK 2 that was launched more than 10 years ago.

While blurred, the last 3 letters of the vehicle car plate seem to resemble “MID”, suggesting that it’s a MINDEF vehicle. This was also pointed out in the description.

Photos from other angles also show white smoke billowing out from multiple parts of the car.

At least 3 SCDF officers were seen in subsequent clips trying to extinguish the fire.

Despite their efforts, the vehicle appears to have sustained significant damage, with its frame taking on a charred appearance.

According to 8World News, the fire happened on Tuesday (21 Jul) along Woodlands Avenue 12.

SCDF officers were reportedly informed of the case at around 12.55pm and successfully extinguished the fire using 2 water jets.

One person was apparently brought to the nearby Khoo Teck Puat Hospital for treatment.

Investigations are still ongoing to ascertain the cause of the fire.

Kudos to the SCDF officers for successfully extinguishing the fire.

We hope the person brought to the hospital did not sustain any major injuries and that he or she will make a full recovery soon.