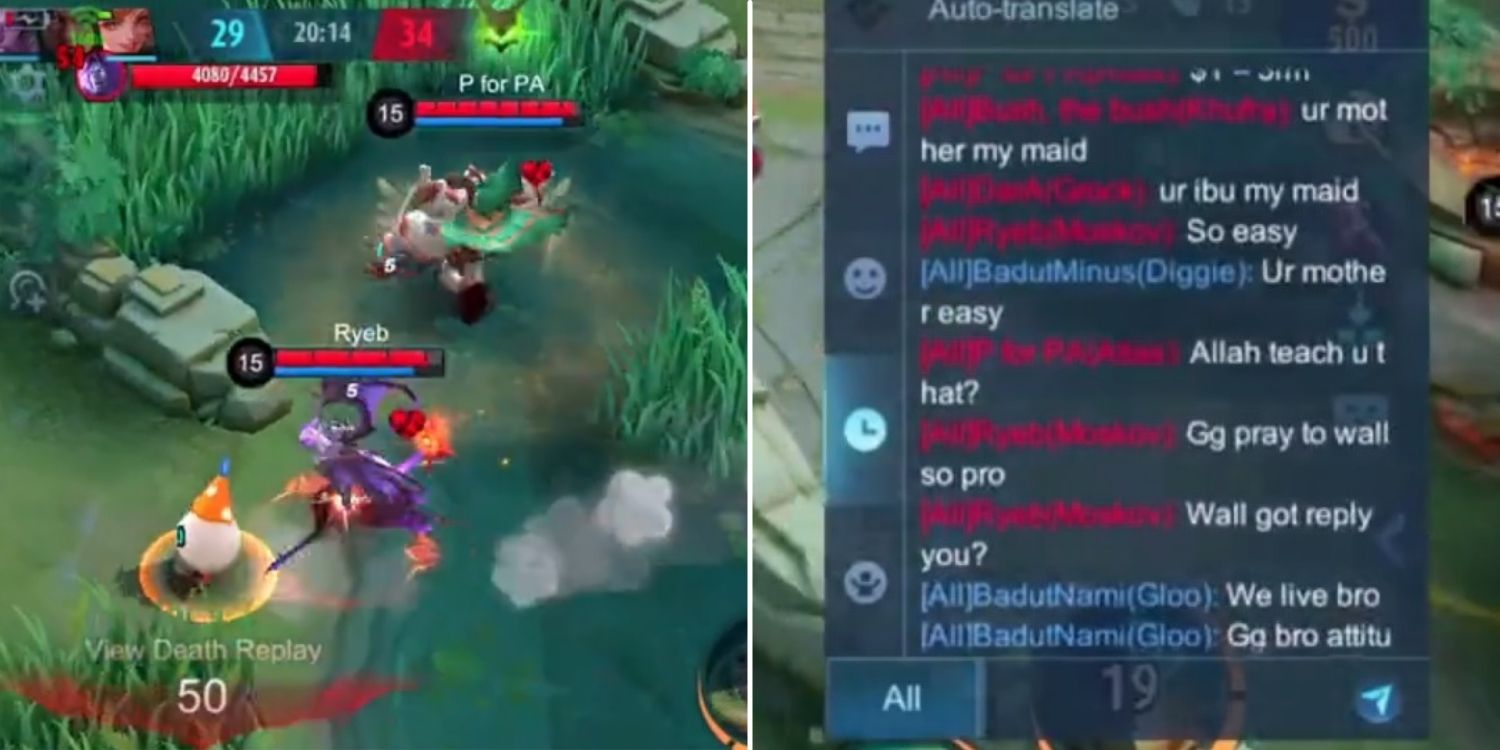 UPDATE: The E-sports Organisation released a statement on 30 Mar, stating the dismissal of 3 of their players due to the events that transpired.

Many Singaporeans play games in their free time, often using them to escape daily life.

However, transporting yourself into another world is no excuse to dismiss societal norms.

On Monday (28 Mar) night, a Singaporean Mobile Legends (ML) player was caught on a live stream hurling racist remarks towards a Malaysian player. 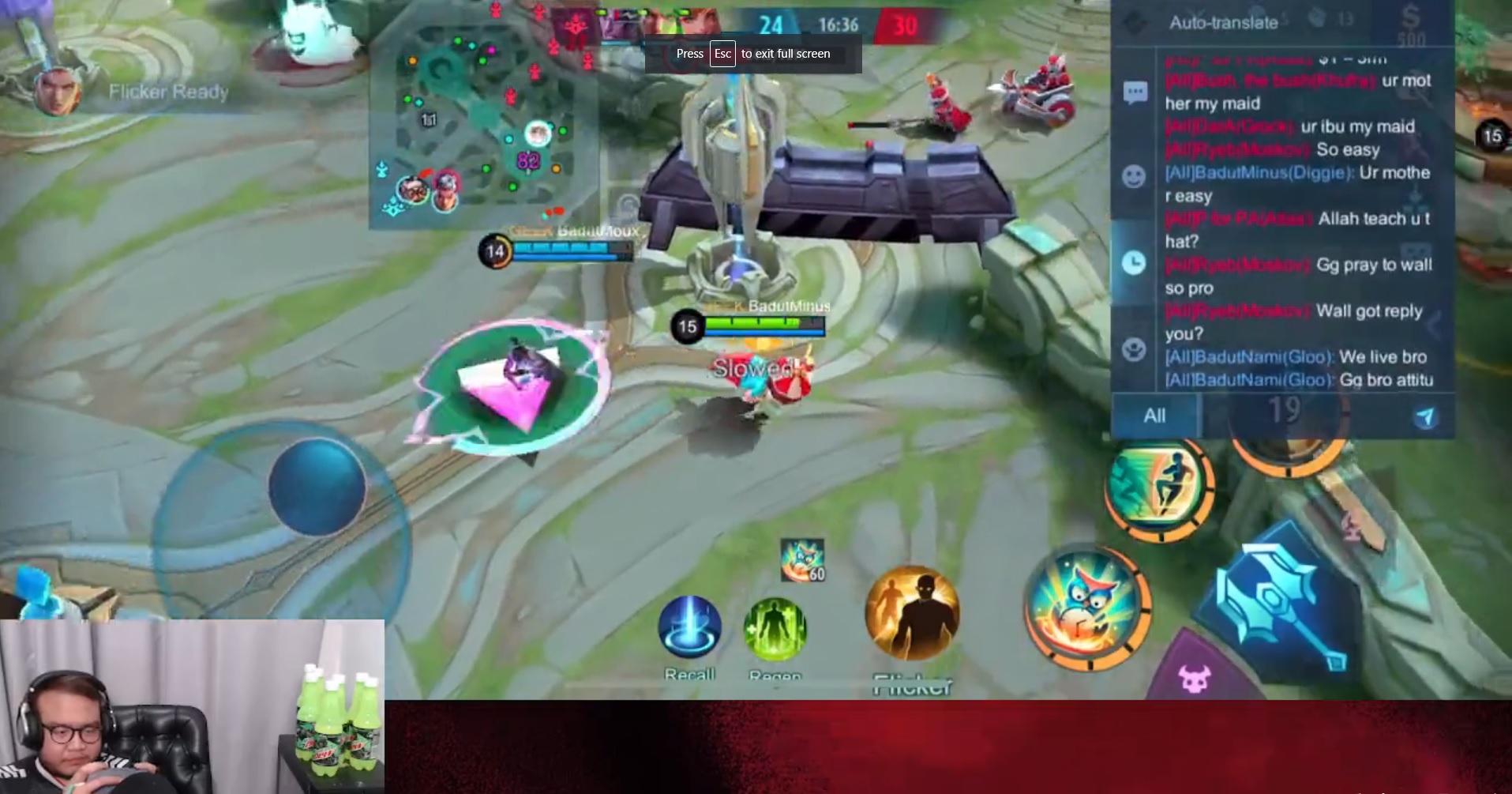 The Singaporean player made comments insulting the Malaysian player’s religion, such as, “Gg pray to wall”.

The term “GG” is an abbreviation of the words “good game” and players commonly use it to congratulate an opponent for a game well played.

However, it can also be used sarcastically when an opponent makes a mistake, insinuating that they should throw in the towel.

The esports organisation that represents the Singaporean player is now investigating the matter.

On Monday (28 Mar), Malaysian professional ML player Nik “Dominus” Aqieff was streaming on Facebook when he matched up against the Singaporean player.

After taking a lead in kills, the Singaporean player, known as “Ryeb”, began trash-talking the Malaysian player.

He mentioned the word “terrorist” and brought up the Singapore dollar and Malaysian ringgit exchange rates.

Not one to back down, Dominus made a play on the word “Singapore” and typed “poor” in the in-game chat.

The trash talk then intensified with the Singaporean player calling Dominus’s mother a “maid”.

Made offensive comments about religion

Anyone privy to gaming trash talk would not be unfamiliar with these insults. However, Ryeb took it up a notch when he started mocking the Malaysian player’s religion.

He asked if “Allah teach you that?” when Dominus commented, “Ur mother easy”. 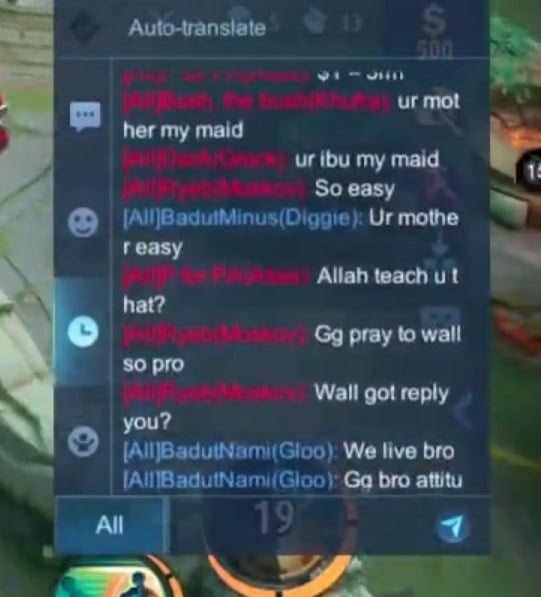 Following that, he remarked, “Gg pray to wall so pro” and “Wall got reply you?”.

This exchange was met with disgust from the Malaysian player, whose teammate reminded them that the game is being streamed live on Facebook.

The trash talk eventually quietened down, and the Malaysian player lost the game.

After the match ended, Dominus took to Instagram to notify Ryeb’s esports organisation of the latter’s actions.

On Tuesday (29 Mar), a day after the incident, the Singaporean player’s team published a statement on Instagram. 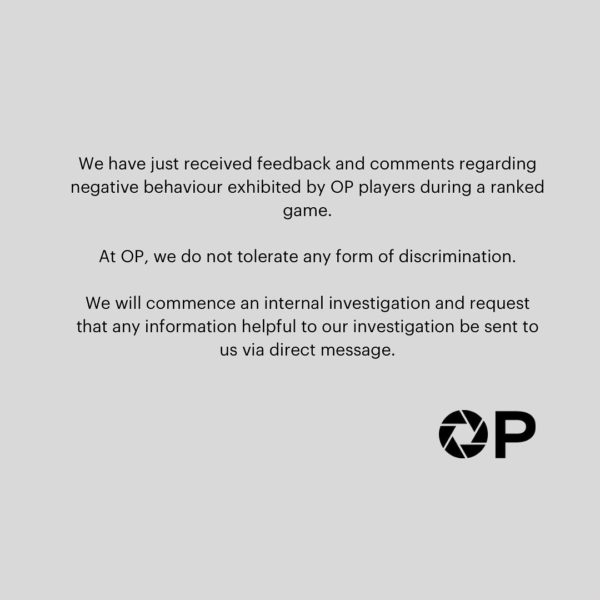 They stated that they are aware of the incident and will be conducting an investigation into the matter.

They also requested for additonal information that may aid them in their investigation.

In-game or not, there is no place for racist remarks and offensive comments about one’s religion.

The fact that the Singaporean player represents an organisation that supports his gaming endeavours makes it even worse.

Hopefully, the investigation bears fruit and the organisation deals with him appropriately.

As with any sport, conduct and behaviour are hallmarks of a great athlete and players should uphold them, even away from the public eye.