The monkey was later euthanised.

Monkey Abandoned On Geylang Tree Was Euthanised On Humane Grounds

Keeping animals like monkeys and snakes as pets in Singapore is illegal, yet during the ‘Circuit Breaker‘, these exact animals were found abandoned on separate occasions.

The Animal Concerns Research and Education Society (Singapore) ACRES took to Facebook on Tuesday (9 Jun), appealing for information on a monkey and a python which they had found during the ‘Circuit Breaker’. 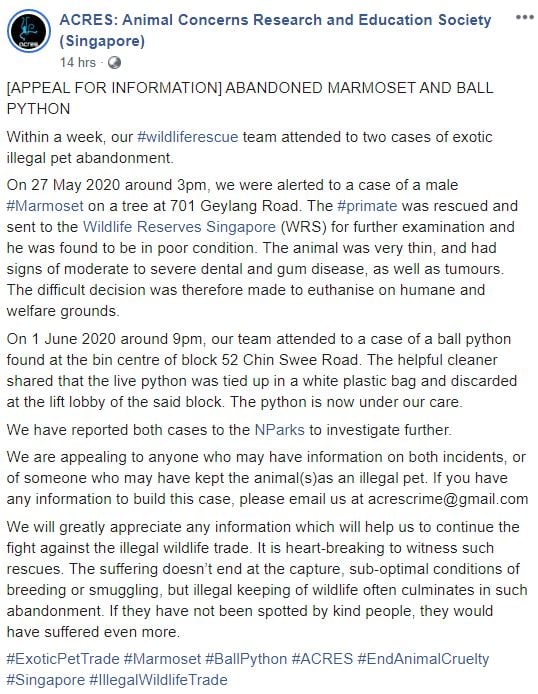 Monkey abandoned on tree in Geylang

In the first incident, ACRES found a male marmoset – a species of monkey – abandoned on a tree at 701 Geylang Road at around 3pm on 27 May. 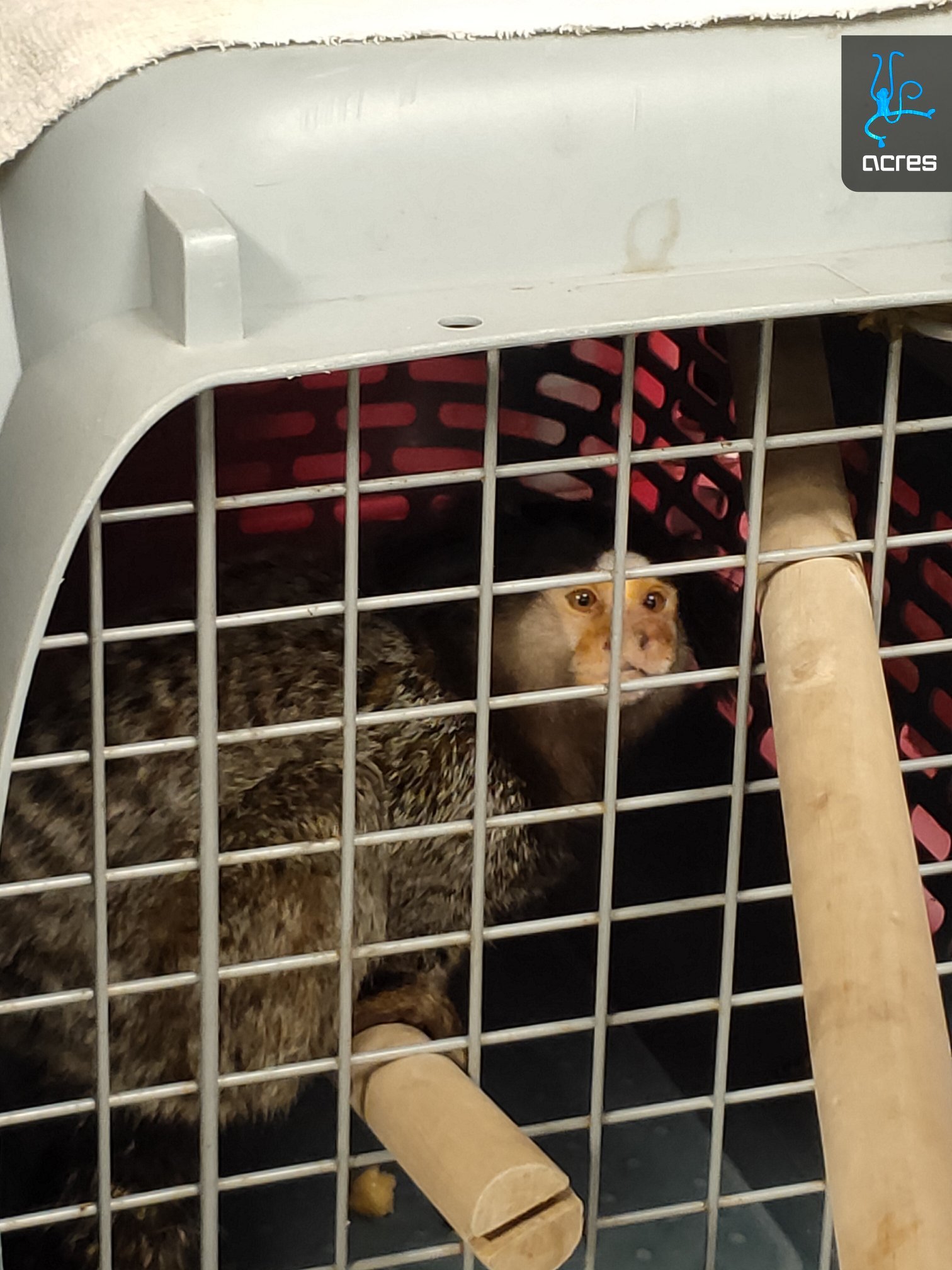 Further inspections at Wildlife Reserves Singapore revealed that the monkey was in poor health, and was suffering from tumours as well as dental and gum diseases. Vets subsequently euthanised him on “humane and welfare grounds“.

Python tied in plastic bag and thrown at bin centre 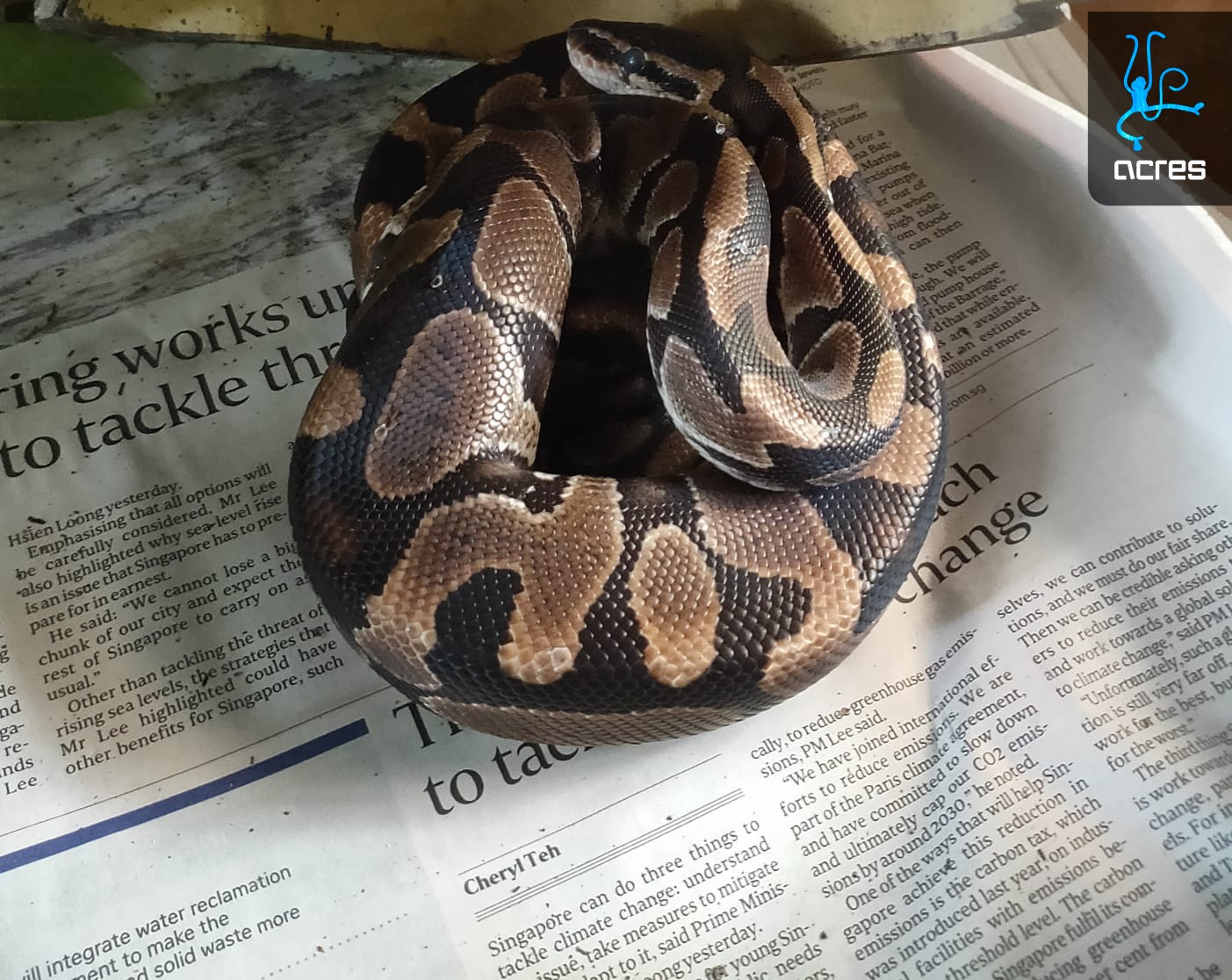 Someone had apparently tied the snake up in a plastic bag and thrown it into the bin centre at the void deck of the block. 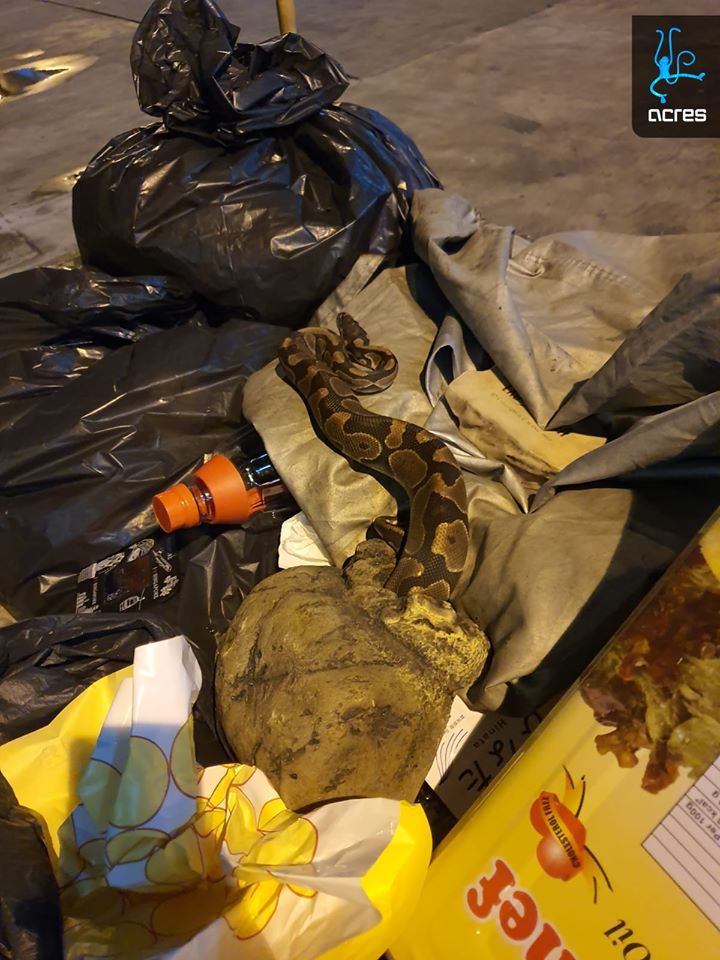 Folks at ACRES are currently taking care of the python.

ACRES is appealing for information on the 2 cases of abandonment including the identity of the individuals who kept them as pets.

Anyone with such information can reach out to ACRES at acrescrime@gmail.com.

According to The Straits Times, reptiles, primates and amphibians are “unsuitable” as they may potentially affect the ecosystem and biodiversity in our country if let out into the wild.

Hope the authorities get to the bottom of this soon

If you happen to have any information on the above cases, do reach out to ACRES via the email above.

We hope the authorities will get to the bottom of these cases soon and identify the individuals responsible for these acts.