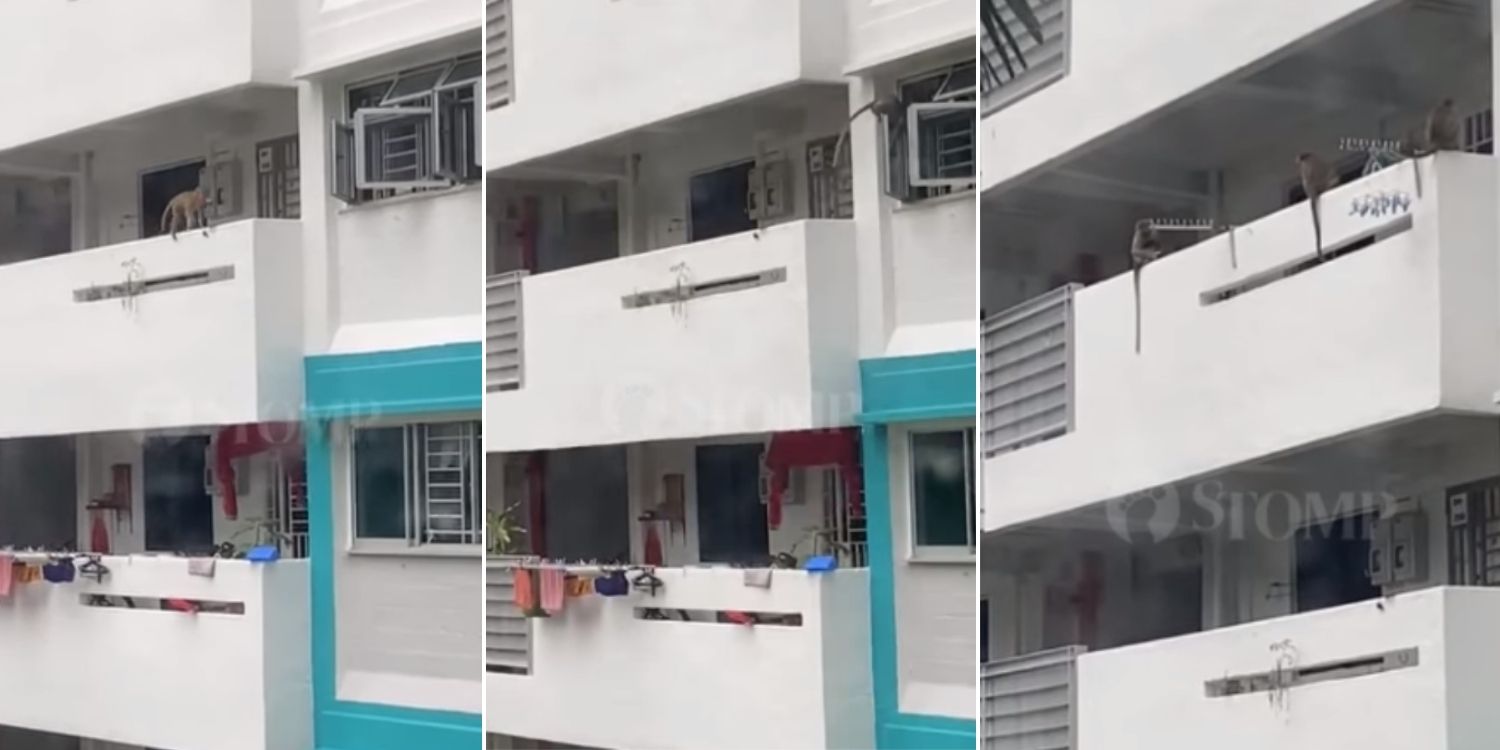 In our tropical island, monkeys aren’t a rare sight in places like nature parks. Seeing them in HDB estates, however, is still a surprise to many, especially residents in Marine Parade recently.

At around 1pm on Thursday (15 Jan), 3 monkeys decided to pay HDB residents near Marine Terrace a visit.

A video of the incident was later posted on Stomp‘s Facebook page.

Resident Fesha who recorded the video told Stomp that 3 monkeys were seen walking along the railings of an HDB corridor near Marine Terrace. 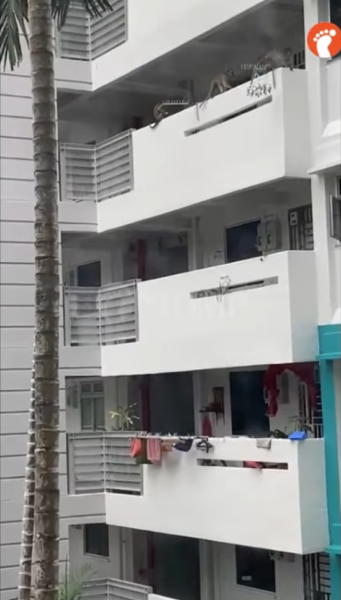 But not all 3 cheeky primates appeared at once, as the first bold one led the pack at the start. It jumped onto the ledge above a window and tried to enter the residential unit from there. 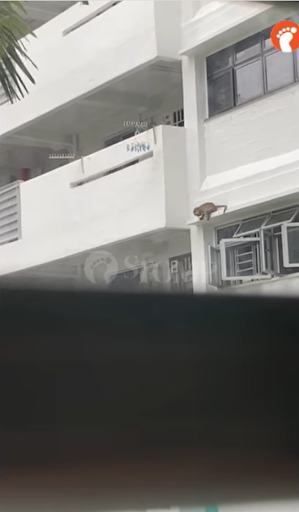 Unfortunately for the monkey, the window grille posed a challenge too great to overcome. 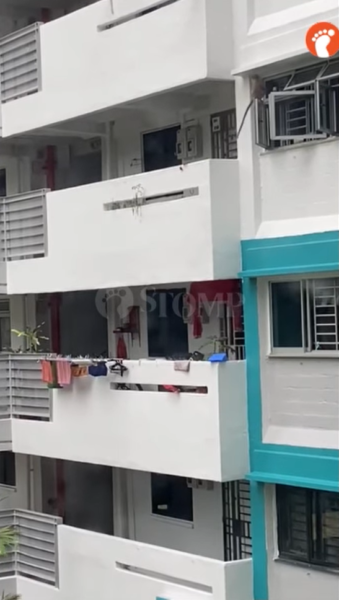 The recording ended with the 3 monkeys chilling on the corridor railing. They seemed to keep a safe distance between each other, just like what we’ve been advised to do. 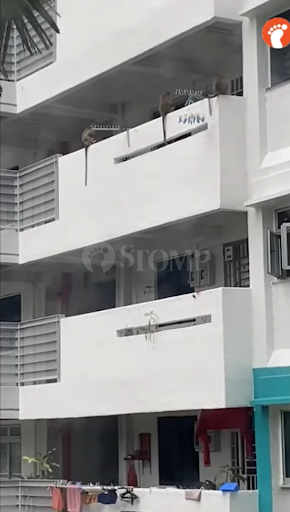 According to Fesha, it’s her first time seeing monkeys loitering around the area. She, like many of us, is clueless as to where they came from or how they found their way into the neighbourhood.

Seeing the monkey attempting to enter through a resident’s window led to safety concerns among netizens.

One of them alerted the residents to close their windows in order to stay safe whenever the monkeys are around.

Another speculated that the monkeys must’ve been on the hunt for food. Not to engage is perhaps the best in such encounters.

And this netizen gave ample advice to not feed the monkeys.

As we attempt to co-exist with the wildlife in our tiny country, knowing how to live harmoniously with them is important.

According to the NParks, we mustn’t feed them, as this discourages the animals from returning to the wild. Instead, the best way is to not engage.

MS News has reached out to the Marine Parade Town Council for a statement on the matter. Stay tuned for more updates.