Bringing joy and food to his customer.

A few days back, a food delivery rider was seen moonwalking before hanging a meal order on a customer’s gate. Here’s our remake of the performance in case you missed it:

Turns out, this isn’t just a random performance as the rider and customer knew each other personally prior to the incident.

Amused by the deliveryman’s moves, the customer reportedly gave a generous tip of $30.

Speaking to Lianhe Zaobao, the customer, Mr Syazwi, shared that he couldn’t stop laughing at the deliveryman’s performance and had watched the clip several times. 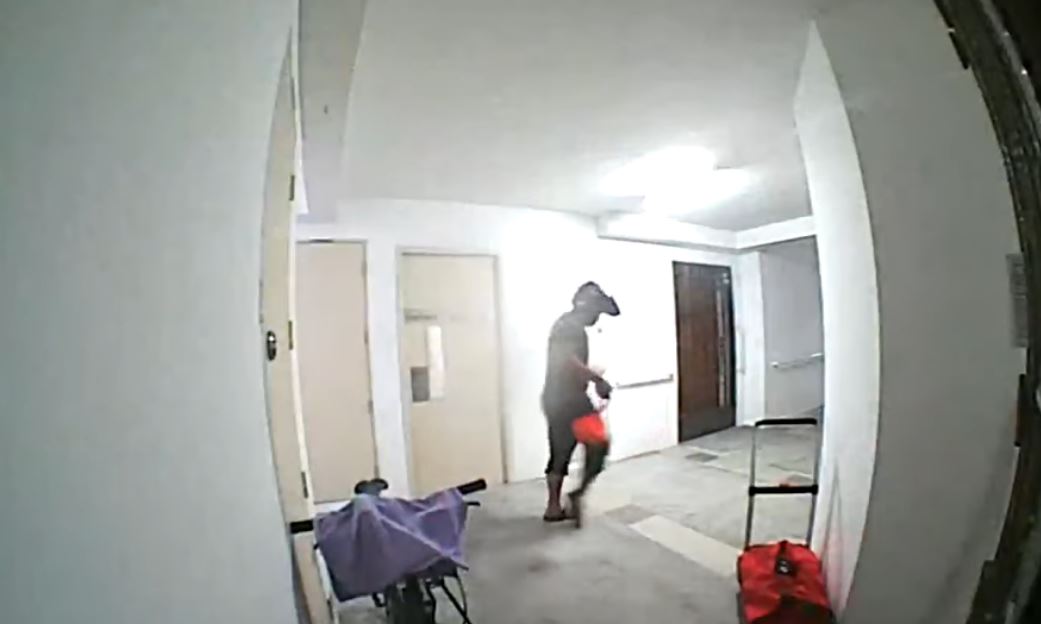 The 33-year-old explained that he wasn’t home at the time of the delivery.

However, he had installed a surveillance system at his home which notifies him whenever there’s movement outside his unit.

That day, Mr Syazwi received a notification on his phone and chuckled uncontrollably after seeing the rider moonwalking outside the unit.

Blown away by the hilarious performance, Mr Syazwi eventually gave him a $30 tip.

Speaking to MS News, he said that he knows the rider from back when they were in the National Service (NS) together.

Mr Syazwi’s clip shared on Monday (21 Jun) has since garnered 2,100 shares at the time of writing.

In the 30-second video, a food delivery rider is seen moonwalking and twirling along the corridor before hopping sideways to the customer’s unit. 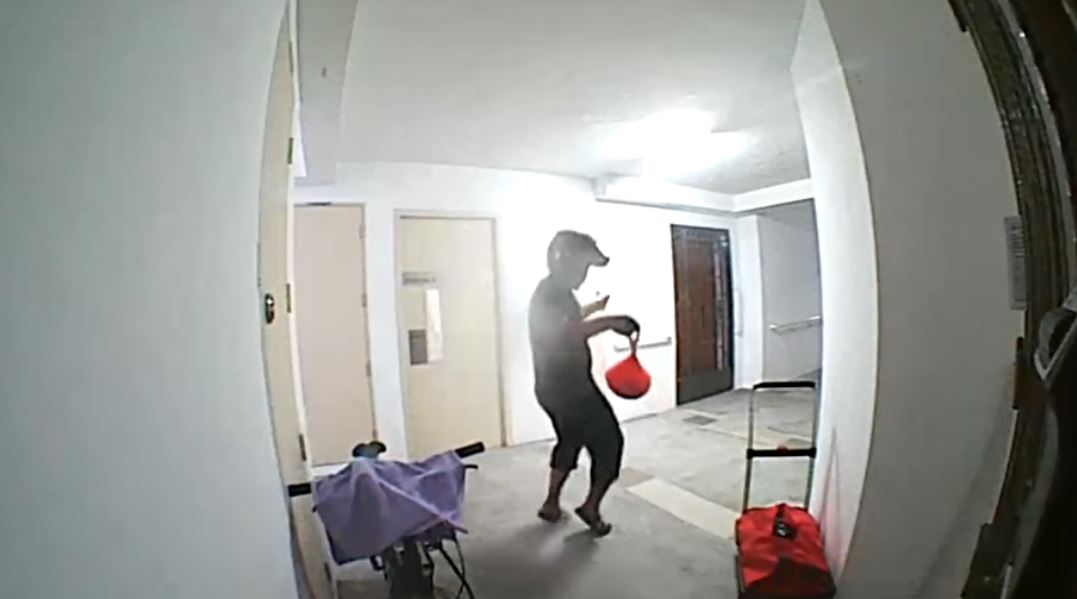 After hanging the food at the gate, the rider shows a thumbs up to the camera. 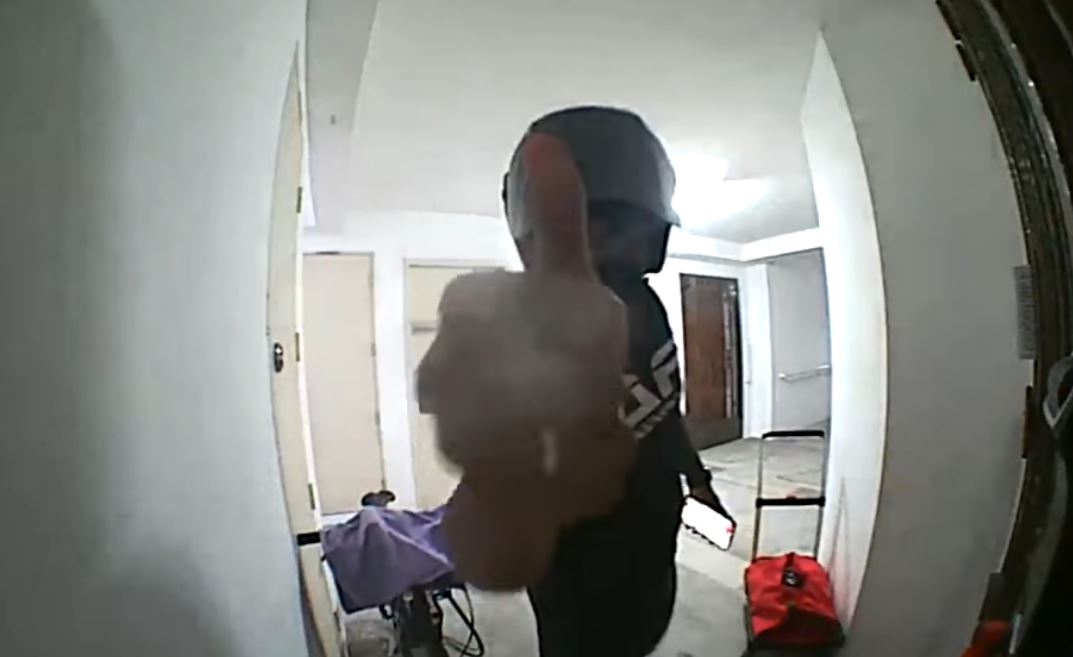 He then strikes several bodybuilding poses before heading off. 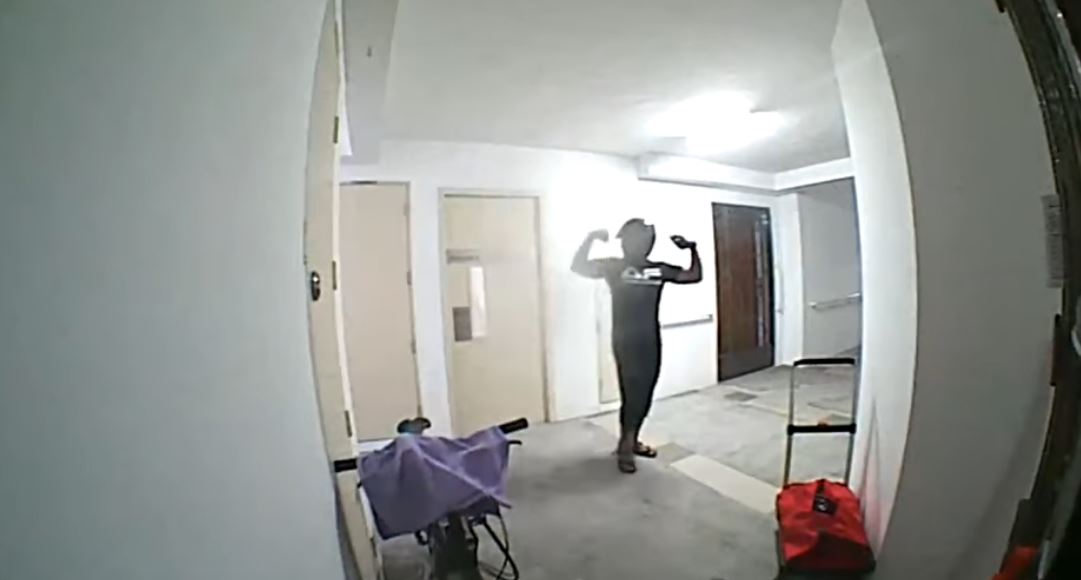 Bringing food & joy to his customer

Given how entertaining the rider’s dance performance was, the $30 tip does seem pretty justified.

At the end of the day, we’re heartened by the delivery rider’s hilarious moves, bringing not just food, but also joy to his customer.

Kudos to him for bringing laughter to everyone who has seen the footage, and to Mr Syazwi for giving the generous tip.