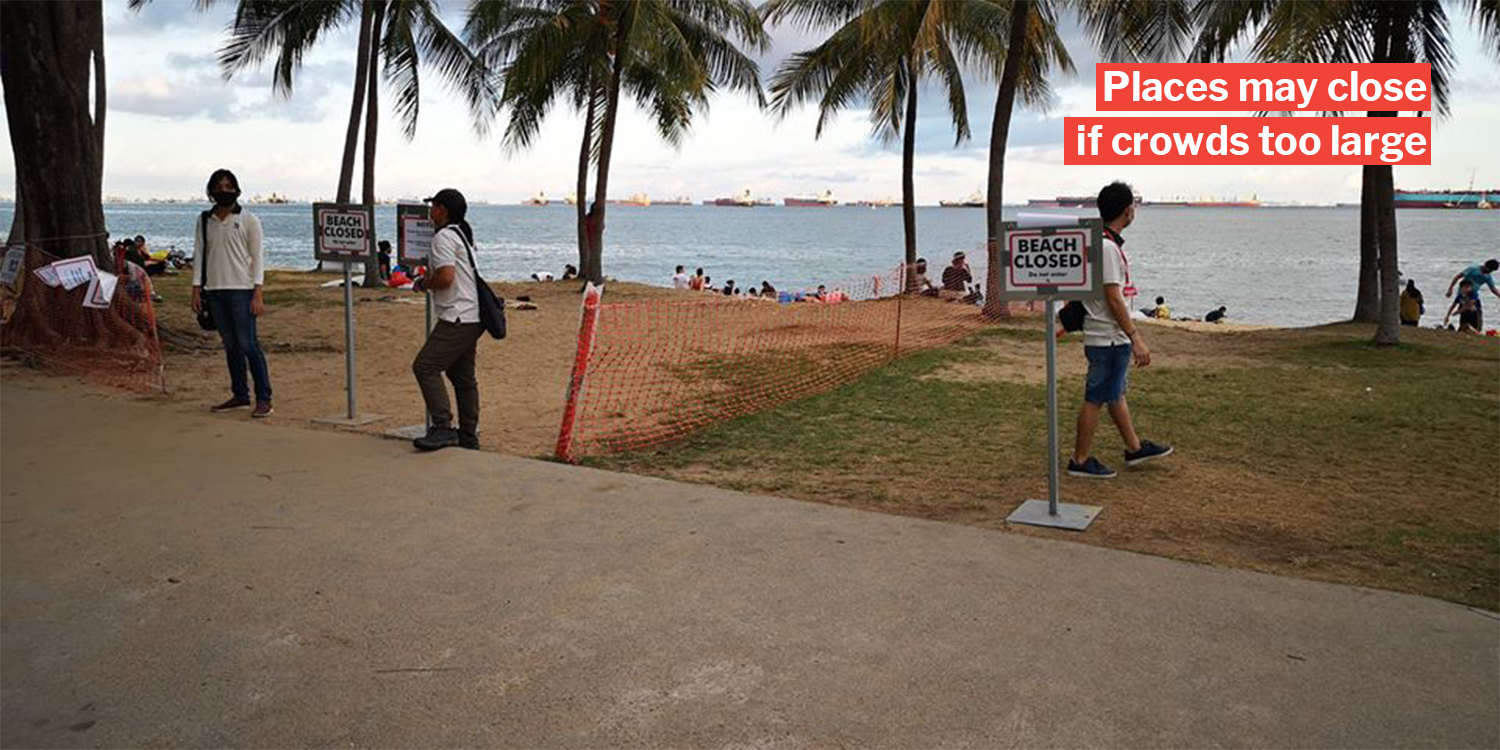 More than 5 is definitely a crowd.

During Phase 2, crowds of more than 5 aren’t allowed, but some areas still see such large groups or overcrowding.

As such, agencies will enhance crowd control measures. These agencies include the National Parks Board and Urban Redevelopment Authority (URA).

They may restrict access to places like parks and beaches if their capacity limits are about to reach, and also have more personnel deployed around popular hotspots.

The Ministry of Health (MOH) says that such gatherings risk endangering the public and may cause a resurgence of Covid-19 cases.

Over the weekend, there were reports of large crowds at places such as East Coast Park. 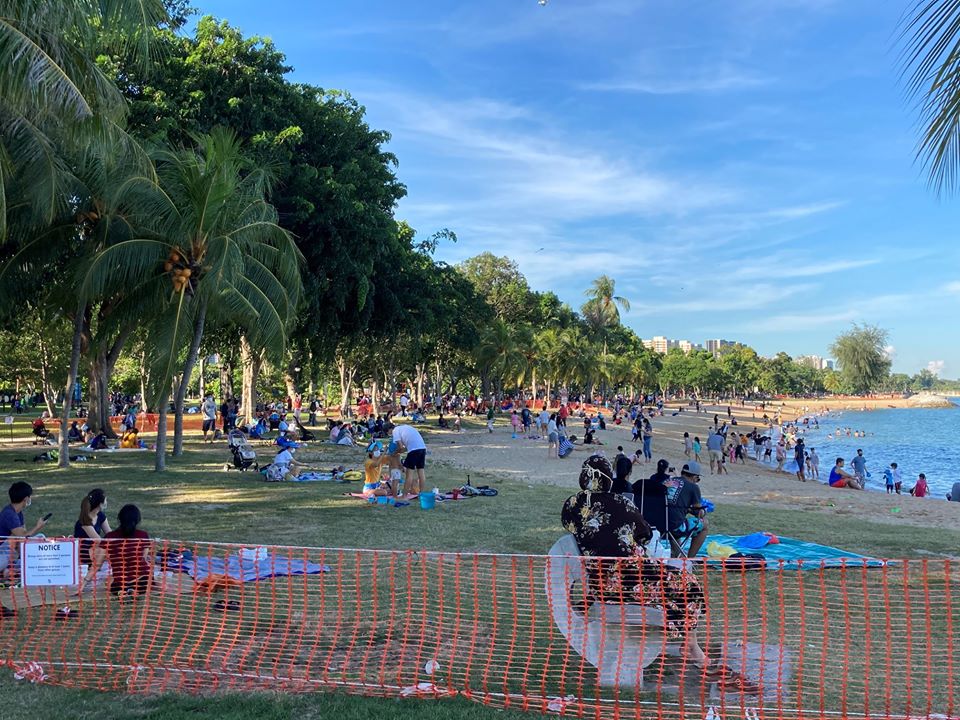 This was addressed by Environment and Water Resources Minister Masagos Zulkifli, who raised concerns about such crowds.

MOH also named night spots and some malls as such hotspots, with unacceptable numbers of gatherings.

URA gave fines and suspension notices to 2 F&B places over the weekend for breaching measures.

Agencies will enhance their crowd control measures at beaches and parks, including disallowing access if they’re too crowded.

They may also close carparks if the above occurs, and step up enforcement against those who breach safe distancing measures.

So do try to avoid places that appear too crowded, and of course, restrict your gatherings to 5 people or less.

You may be fined and if the place is an F&B establishment, they may kena fines and suspensions too.

Although community cases are indeed going down, the virus hasn’t been eradicated yet. New unlinked cases are still appearing.

So even though this is Phase 2, we all need to do our part and behave responsibly. Crowds of more than 5 are banned for a reason.

Changing our behaviours and avoiding large crowds is key to fighting the virus.