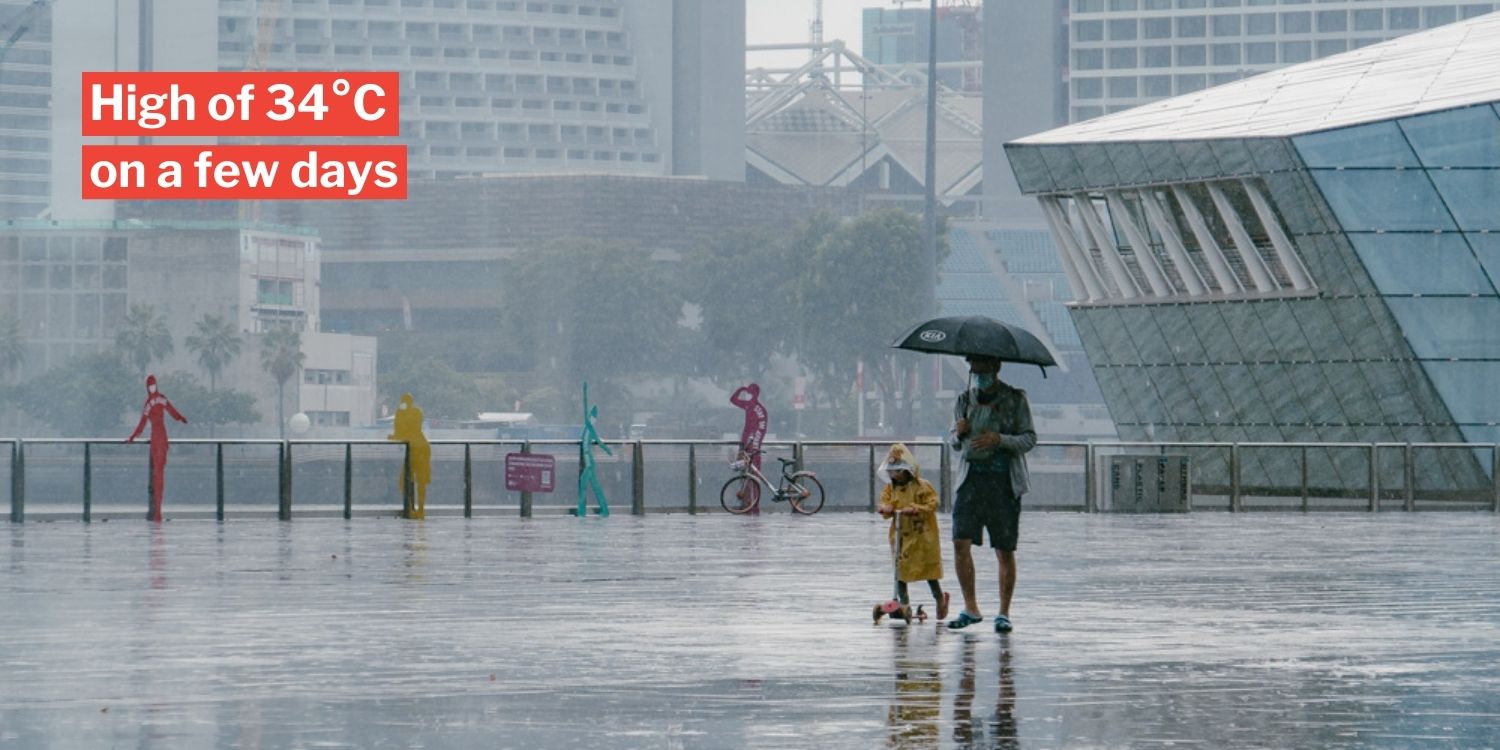 Inter-Monsoon Period Is Starting, Next 2 Weeks Will Be Wetter

The past week has brought scorching weather to Singapore, with temperatures rising as high as 32.4°C on Wednesday (13 Oct).

It’s become such that even those who’re working from home are feeling the heat if they don’t crank up the aircon.

However, the 2nd half of Oct will bring some relief, with more thundery showers expected. 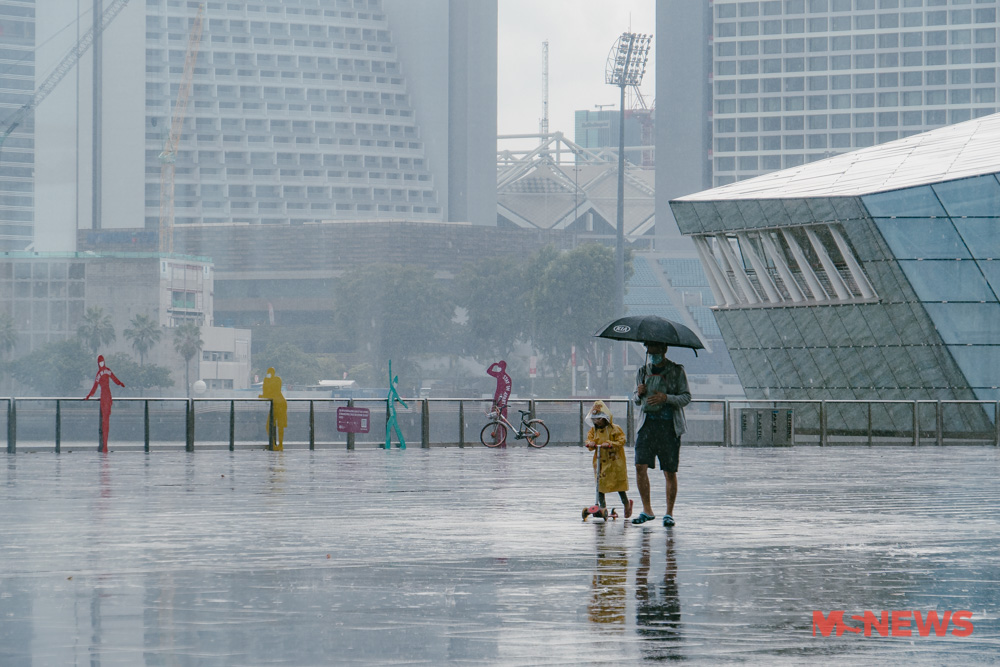 This is due to the start of the inter-monsoon period, which will bring wet weather.

Showers in the late morning & afternoon

In a weather advisory on Friday (15 Oct), the Meteorological Service Singapore (MSS) said wetter weather will be expected in the next 2 weeks, compared to the previous 2.

Strong heating of land in the daytime will combine with convergence of winds to form thundery showers.

This will occur in the late morning and afternoon on most days.

On some of these days, the showers may be heavy, because of large-scale convergence of winds over Singapore. 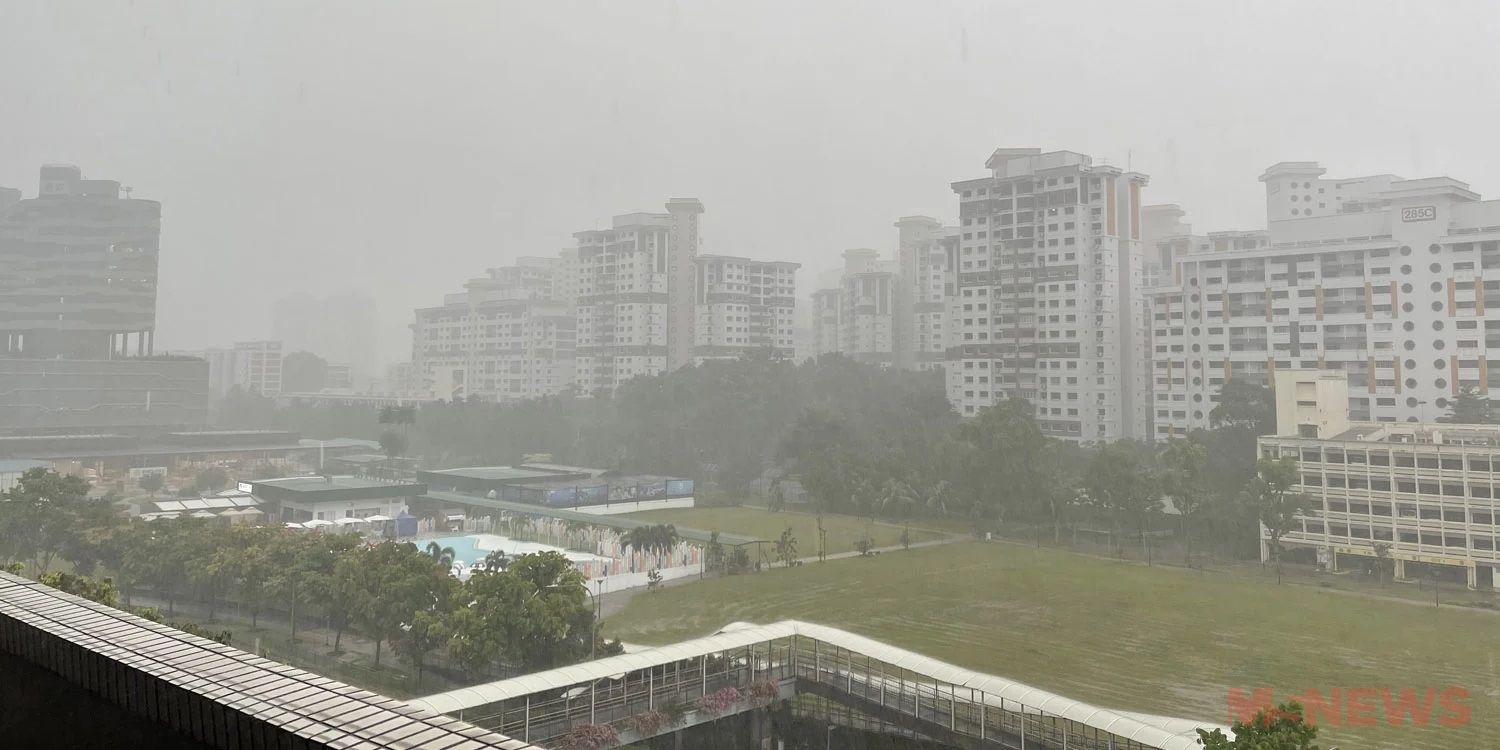 Showers in the morning, too

Most Singaporeans would already have observed that wet weather tends to occur in the late mornings and afternoon.

However, those who need to head to school or the office in the morning via public transport may be dismayed when it also rains in the morning.

We can expect that to happen on a few days in the next fortnight, thanks to the Sumatra squalls moving from the Strait of Malacca to the South China Sea.

The morning thundery showers will be widespread over Singapore and accompanied by gusty winds, MSS said.

Inter-monsoon period to last till Nov

The wet weather may be attributed to the ending of the Southwest Monsoon and start of the inter-monsoon period.

It’s characterised by thunderstorms that may sometimes become heavy; but also by warm weather and light variable winds.

Note that the inter-monoon period also tends to have greater lightning activity. 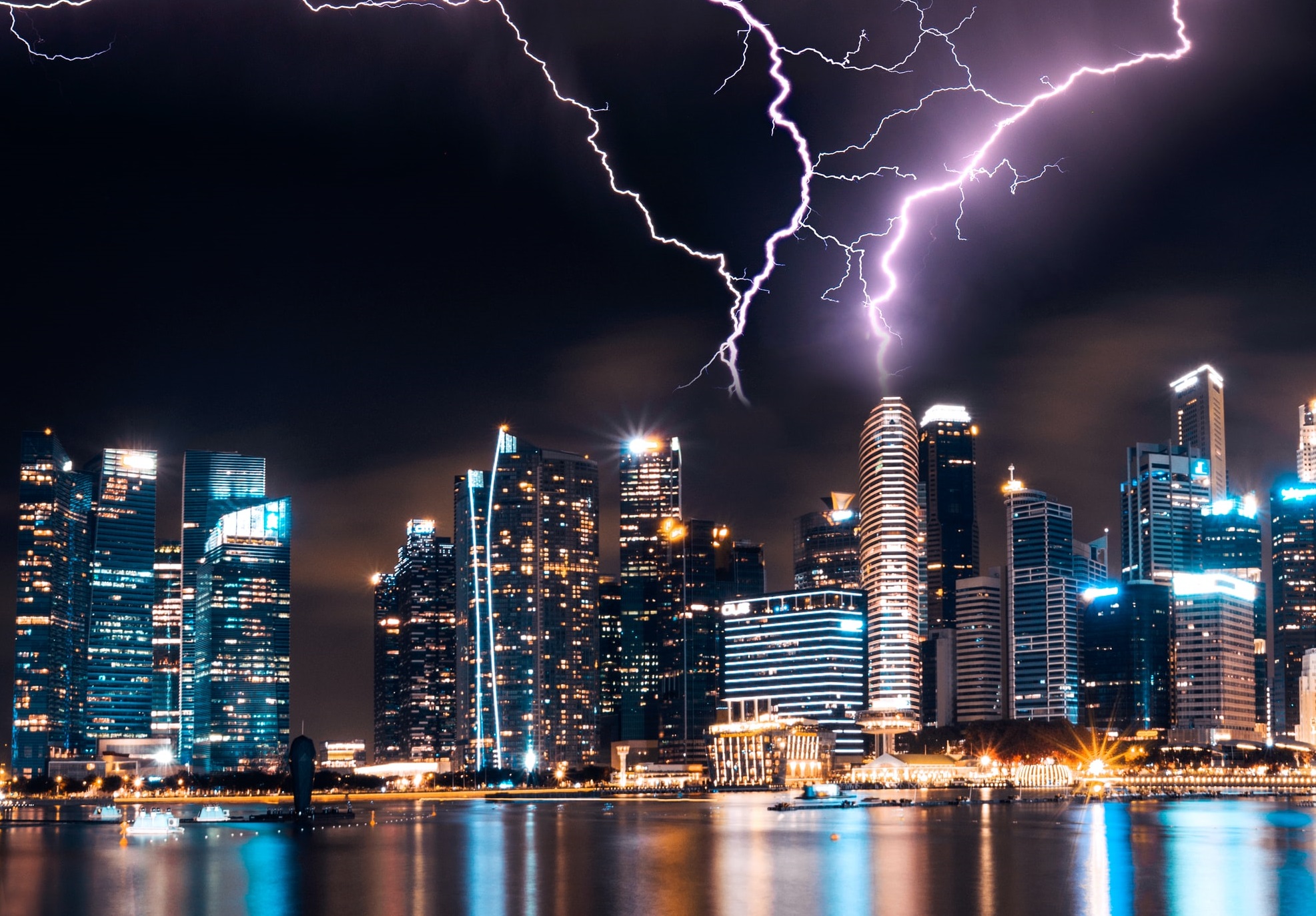 The MSS predicts that the inter-monsoon period will last through Nov.

Temperature may go as high as 34°C

Despite the showers on most days, warm weather is almost a constant in Singapore.

Thus, the 2nd half of Oct will still have a few warm days, where the daily maximum temperature can go as high as 34°C.

However, the daily temperature will range between 24-33°C on most days.

And if you think all the rain means you won’t need to turn on the aircon while sleeping, you’ll be mistaken.

There’ll still be some relatively warm and humid nights, especially in the coastal areas in the east and south. That’s when warm and humid air is brought in from the surrounding sea by the southeast winds.

Highest temperature of 35.5°C in 1st half of Oct

The MSS also confirmed that in the 1st half of Oct, we experienced warmer weather, as they’d predicted.

For a total of 9 days, the maximum temperature went up to 34°C or more.

The highest daily maximum temperature for the 2 weeks was recorded on Tuesday (12 Oct), at the Marina Barrage. The lowest daily minimum temperature was 22.3°C, detected at Pasir Panjang on 5 Oct.

On certain nights, the minimum temperature was as warm as 28°C, particularly in the south and southeast.

The MSS’ predictions are usually spot on, so it looks like we’ll continue to more rain over the next 2 weeks.

Whether that’s to your liking or not, we think it’ll at least mean fewer days of unrelenting sunshine.

If the heat and rain get too much for you, there’s also the option of hopping onto a plane and heading for the cooler weather of 11 countries that have opened quarantine-free travel with Singapore.