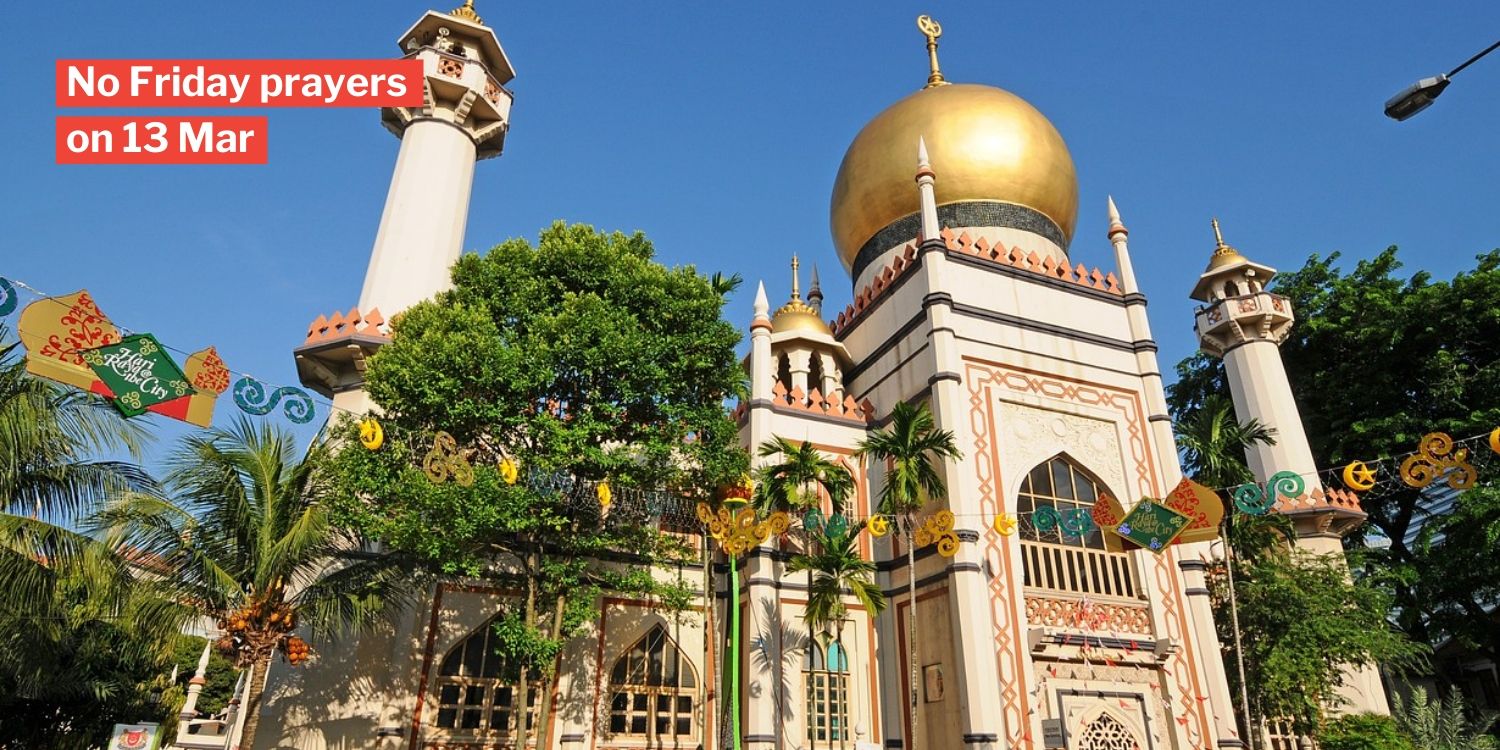 All mosque activities will be cancelled until 27 Mar.

Singaporean authorities have ordered all mosques in the country to close until next Tuesday (17 Mar), according to Channel NewsAsia (CNA).

This comes after the news that 2 Singaporeans who attended a religious event in Malaysia have tested positive for Covid-19 — at least 82 Singaporeans attended the gathering of more than 10,000 there.

More attendees of the event outside Kuala Lumpur may surface once MOH finishes tracing.

One of 2 attendees with Covid-19 visited 4 mosques

Among the 82 attendees MOH has tracked down, 2 have tested positive for Covid-19.

One of them is a mosque officer who visited 4 mosques in Singapore after returning from Malaysia.

All 4 mosques have been closed for cleaning since 1pm today, CNA reported. 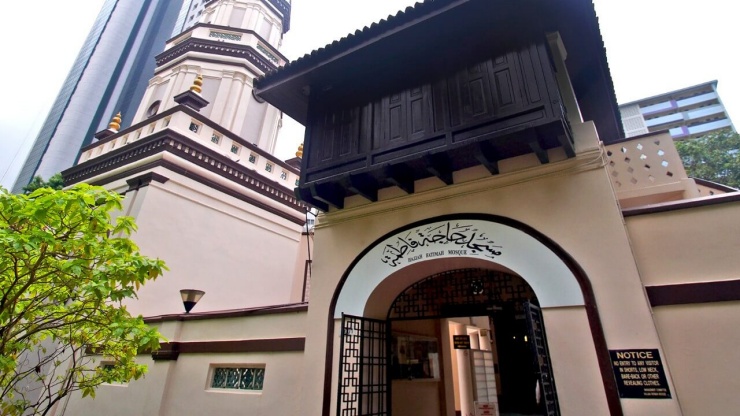 The mosque officer felt unwell “a few days” after returning to Singapore and consulted a doctor on Monday (9 Mar). After undergoing tests on Wednesday (11 Mar), his results came out positive today (12 Mar).

Not much information is available on the second case, and MOH is still conducting contact tracing. It’s unclear if he had visited any mosques since his return.

Mosques to close for at least 5 days for cleaning

Because it is not known how many other mosques the attendees visited, authorities are shutting down all mosques as a precaution.

The closure will take effect from 12am tonight (13 Mar) until 11.59pm on Tuesday (17 Mar), so that mosques can clean and disinfect their premises.

This means that Friday prayers tomorrow will also be on hold. The Fatwa (Religious Ruling) Committee has advised Muslims to perform their regular noon or Zuhur prayers instead. 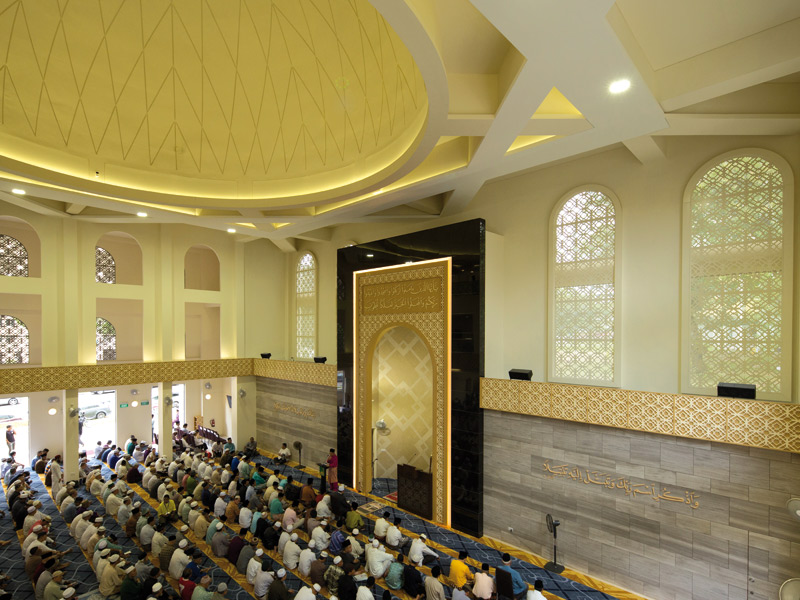 Chief executive of the Islamic Religious Council of Singapore (MUIS) Esa Masood emphasised the need for thorough cleaning as it’s common for Muslims to go to different mosques for prayers.

All activities will also be cancelled during this period until 27 Mar. 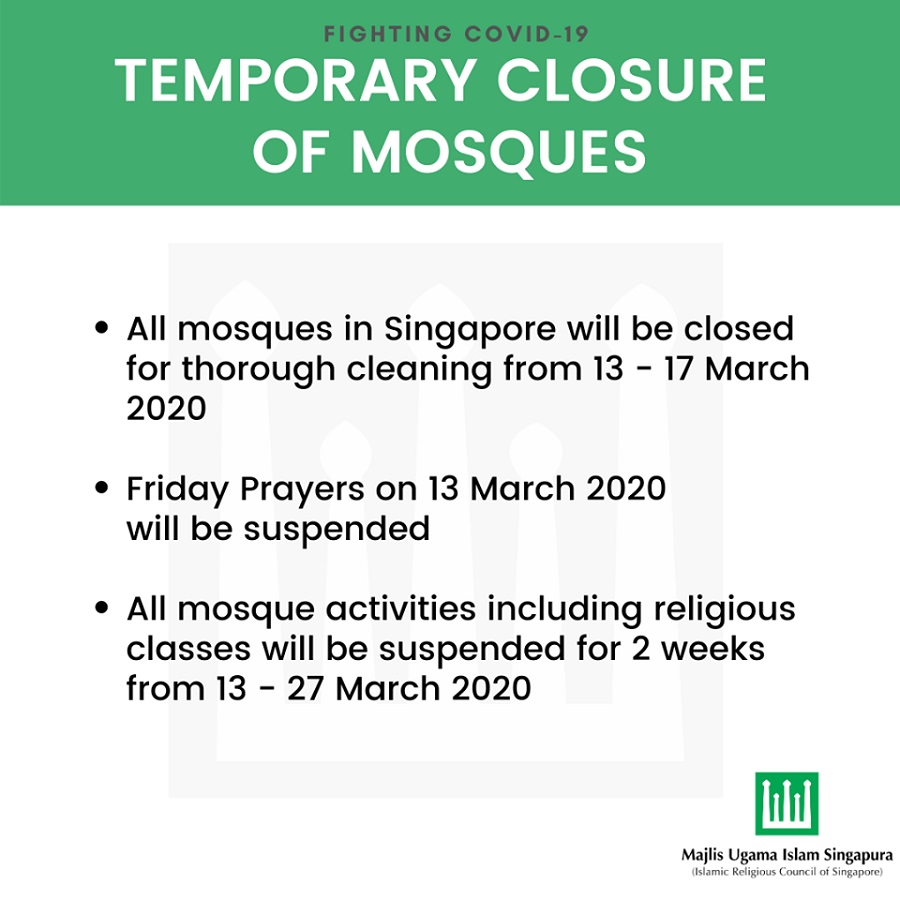 These activities include lectures, religious classes and kindergartens inside mosques.

Mosques may shut for longer if more cases emerge

Authorities are keeping an eye on the number of confirmed cases among the event attendees — if more emerge, mosques may be shut for longer, said Mr Esa.

In order to safeguard Singaporeans, Singapore is taking this drastic step — mosques have never shut on this scale before.

But Covid-19 is an exceptional case, and we have to commend the authorities for this decisive action. Hopefully community spread will be restricted with this move.