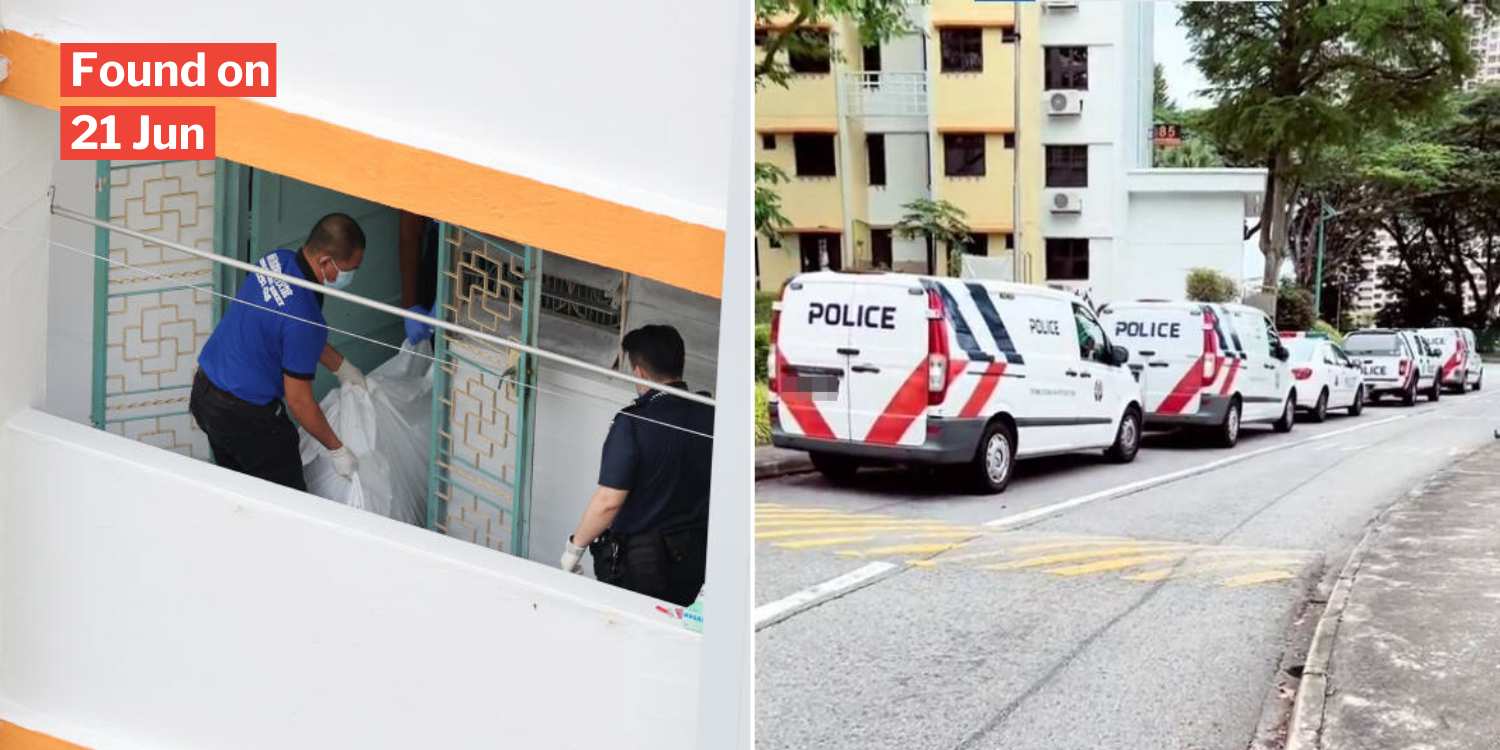 The body was reportedly already rotting.

In the eyes of parents, their children will forever be their precious little ones, no matter how old they are.

So when life unexpectedly takes them away, it can be a tough pill for parents to swallow.

Recently, an elderly mother in her eighties kept her 54-year-old son’s corpse in their Commonwealth flat for a week after his death. 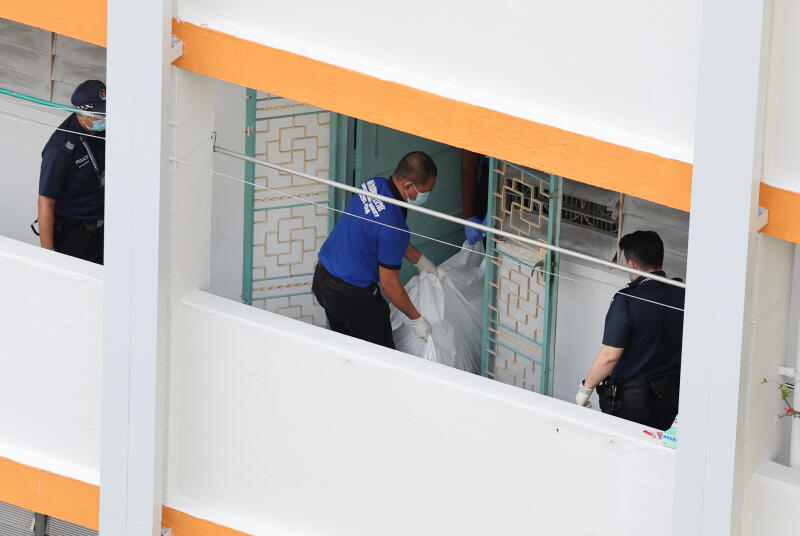 The truth was only uncovered when neighbours detected an odour and lodged a police report on Tuesday (21 Jun), reported Shin Min Daily News.

According to Shin Min Daily News, the elderly mother in her eighties lived with her 54-year-old son in a flat along Commonwealth Close.

Ms Mei, one of the neighbours described the son as being skinny and gaunt.

Every morning, she would see him along the corridors, hanging clothes or watering plants.

However, she recently realised that it had been a week since she last saw him.

Another neighbour on the same floor said she discovered a foul smell emitting from the elderly lady’s flat this week. The smell persisted and only grew more potent with time.

On Tuesday (21 Jun), the neighbour’s husband could no longer stand the smell and decided to call the police.

Police confirmed that they received a report of unnatural death on Tuesday (21 Jun) at about 12.38pm.

When they arrived at the scene, they found a man lying on the ground. He was pronounced dead on the spot.

At that point, the 54-year-old’s body was reportedly already rotting.

Shin Min Daily News reporters on site found that the fifth-floor corridor was cordoned off.

More than ten police officers were seen entering and leaving the unit as investigations went underway.

A member of the public took a TikTok video of five police vehicles, including three Crime Scene Investigations (CSI) vehicles at the foot of the block. 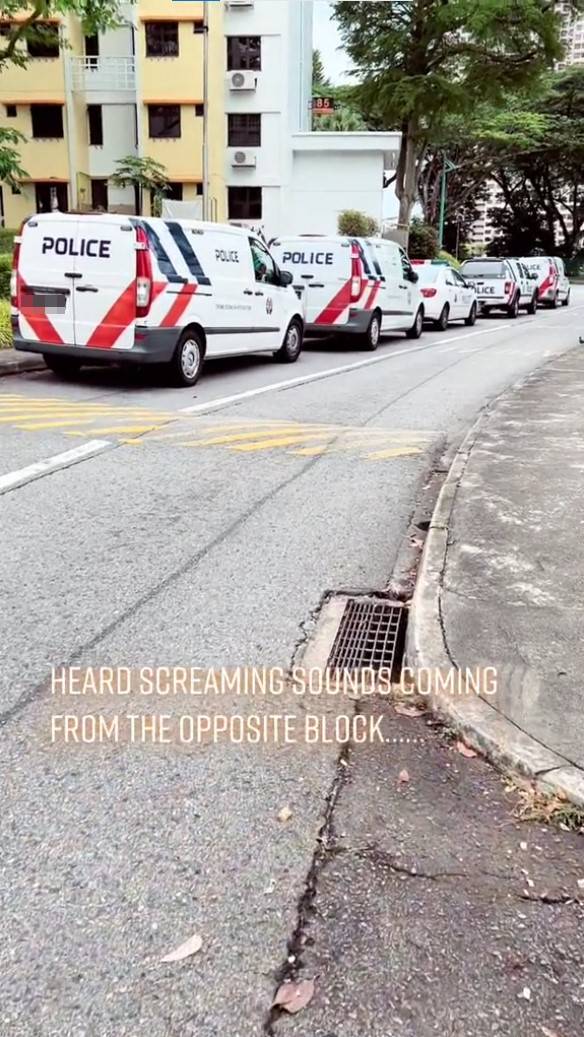 The police conducted investigations for six hours, only moving the corpse out of the flat at about 6.45pm.

When police officers first arrived, they knocked on the flat’s door.

However, even after an hour, no one answered the door and they had to engage a locksmith to open the door.

A neighbour guessed that the mother could not bear the thought of her deceased son being taken away.

After the corpse was moved away, the elderly mother was seen cleaning up the living room — the room’s floor was lined with newspapers. Another neighbour shared that they spotted many houseflies in the flat. 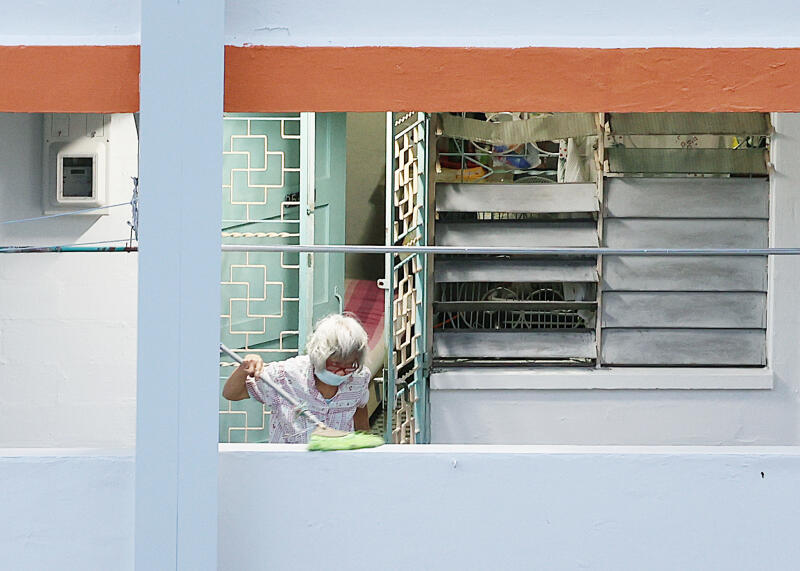 While the elderly mother is believed to have two other daughters, neighbours told Shin Min Daily News that they hardly visited the flat.

Police officers were seen leaving the flat with bags of items, believed to be the deceased’s belongings.

Based on preliminary investigations, police have ruled out foul play.

Hope she comes to terms with her son’s passing

The passing of a loved one is never easy, let alone when it’s one’s own flesh and blood.

We can only imagine the pain and grief the elderly mother was in to have resorted to such extreme measures to stay by her deceased son’s side.

While such harsh realities are difficult to face, we hope that as this case comes to light, she will begin to come to terms with the passing of her son.