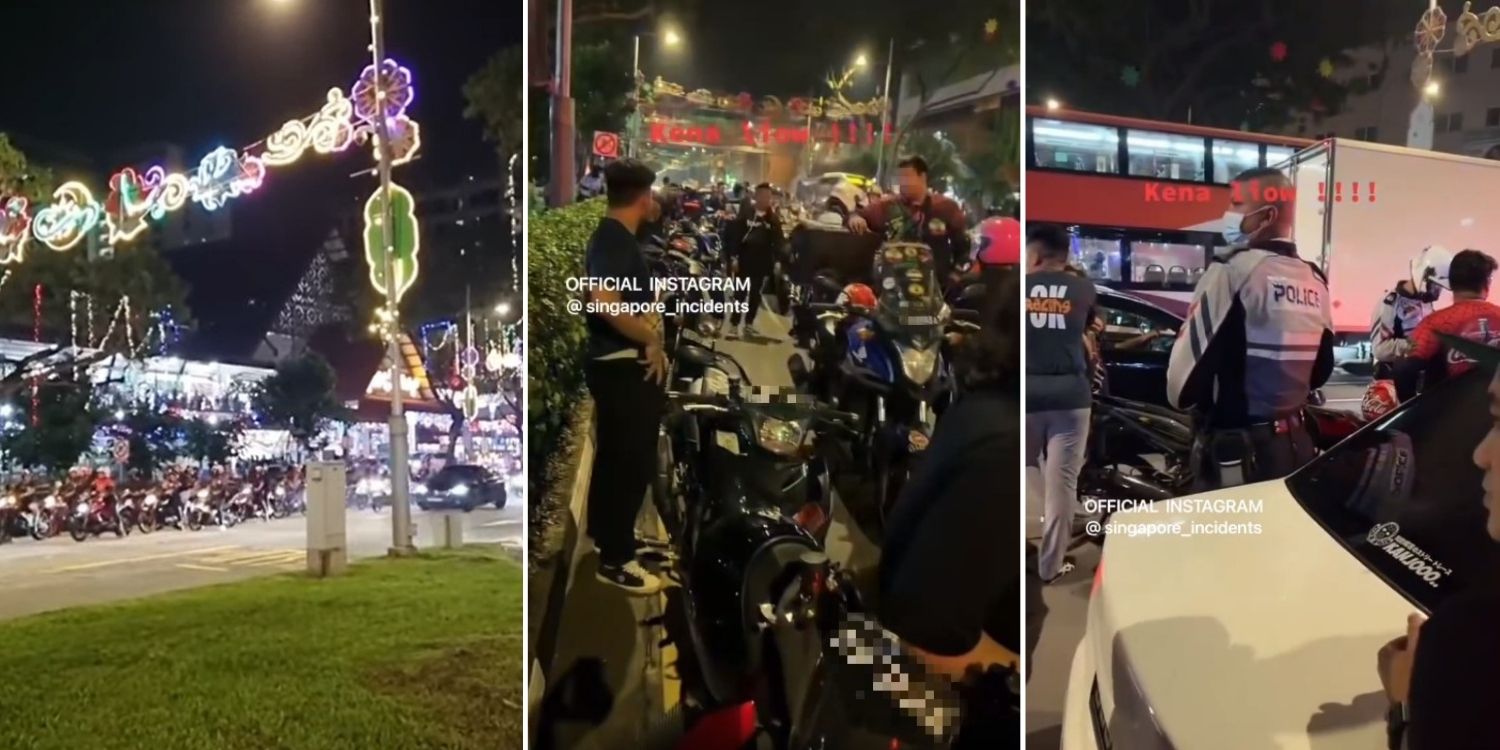 The police are looking into this and 2 other vehicle gatherings.

Those who’re still in Singapore might desire to add to the festive atmosphere by revving up their motorcycles and parading down the road with their friends.

A group of bikers did that at Geylang Serai, creating a stir on the road. Unfortunately for them, they were swiftly stopped by the police, and members of the group were summoned.

A video posted by Singapore Road Accident on 1 May showed a large group of motorcycles parading down the road just in front of the very recognisable Geylang Serai Market and Food Centre.

As they pass through crowded traffic on Changi Road, under the bright Hari Raya decorations, loud honking can be heard. However, that the noise is quickly taken over by the blare of police sirens, as at least three Traffic Police officers on motorbikes arrive on the scene.

One officer swiftly overtakes the entire group and stops right in front of them.

He gets off and gestures at the group to pull over by the side of the road. There’s no escape, as the other officers station themselves towards the rear of the convoy. 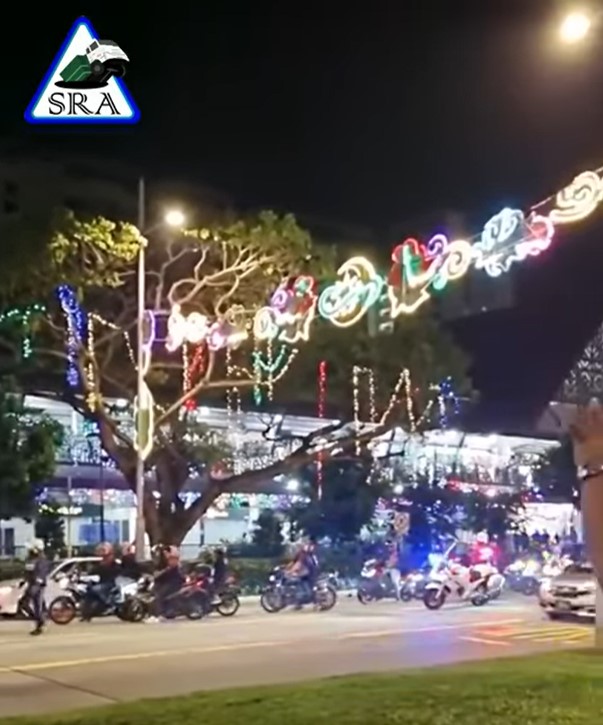 A female onlooker can be heard exclaiming “oh my God!” in the video. “What a scene,” she continues. 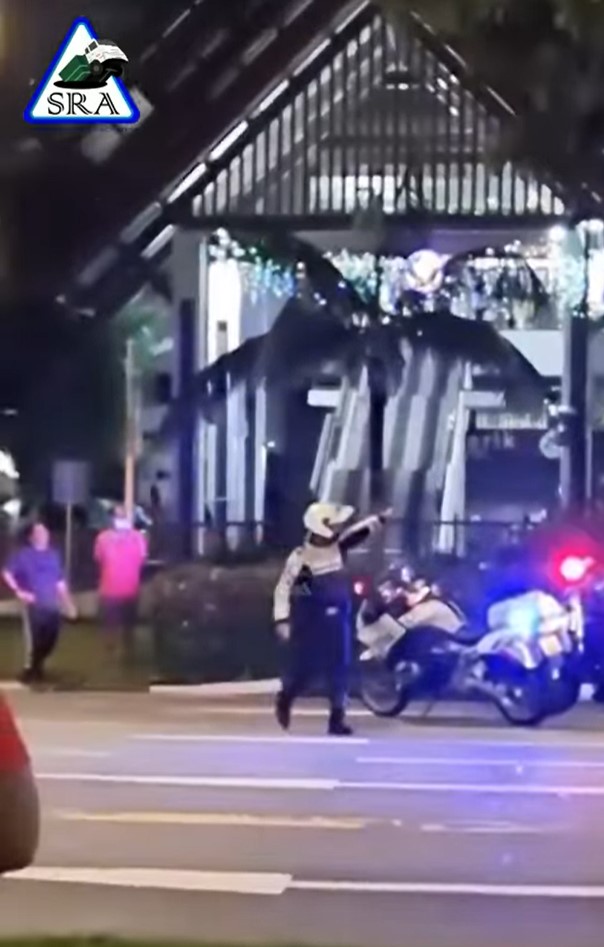 Another video posted by @singapore_incidents on Instagram, also on 1 May, showed what happened after the Traffic Police’s intervention.

In the clip, the motorcyclists are now off their bikes, sheepishly waiting by the side of the road. People walking by can be heard cheering, “Selamat Hari Raya”. The camera pans to five identity and FIN cards lying on the bonnet of a car, as the police take down the particulars of those present. They were conducting an operation with the Land Transport Authority (LTA) when they saw the motorcycle convoy on Changi Road.

From the stop, they identified two men as the organisers. They’re aged 22 and 23 years old. 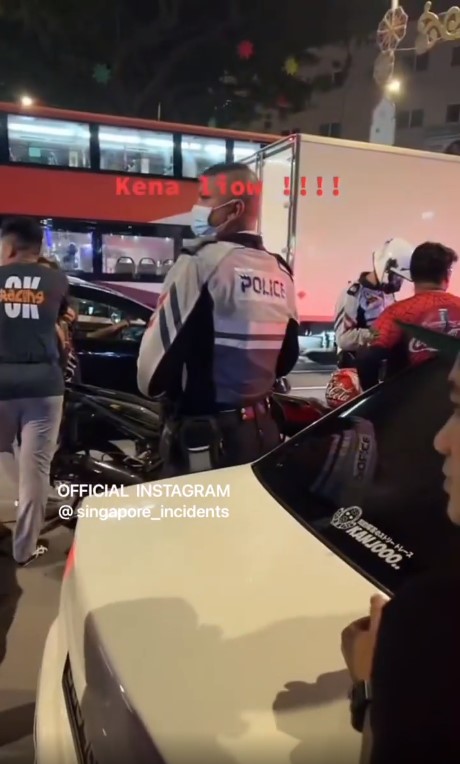 Both of them will probed “for conducting an event on the road without a permit”, ST quoted the police as saying. 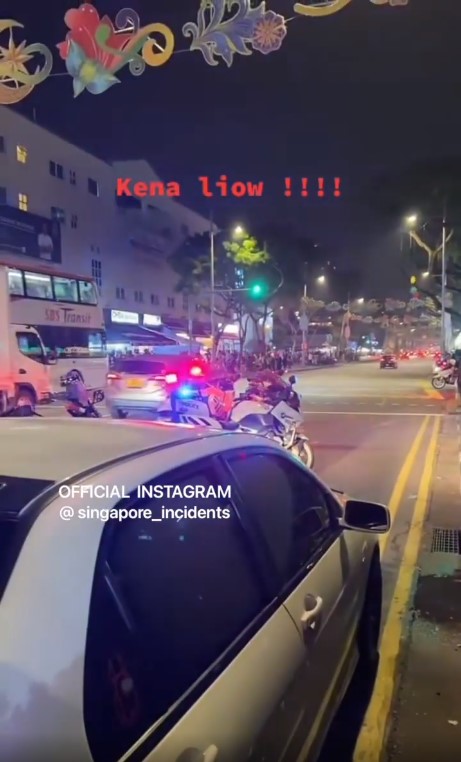 That same day, the Traffic Police posted on Facebook that they are aware that gatherings were being planned, involving “vehicles travelling in a convoy at different locations, dates and times in Singapore especially over this long weekend”. 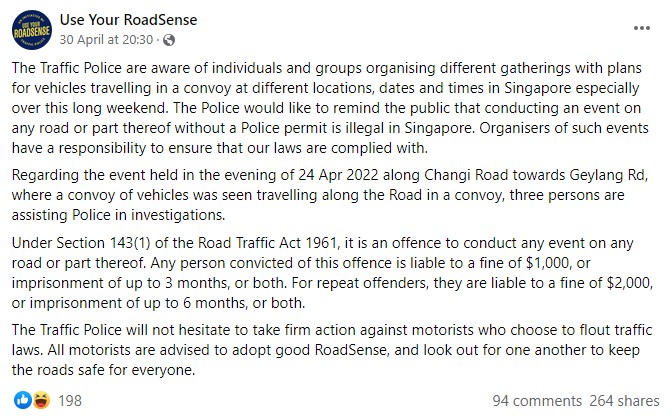 They reminded the public that such events conducted on Singapore roads are illegal without a police permit.

Footage of this incident was posted on @sgfollowsall on Instagram.

The convoy appeared to be led by a truck with the words “Team Hiroshima Singapore” emblazoned on the side. 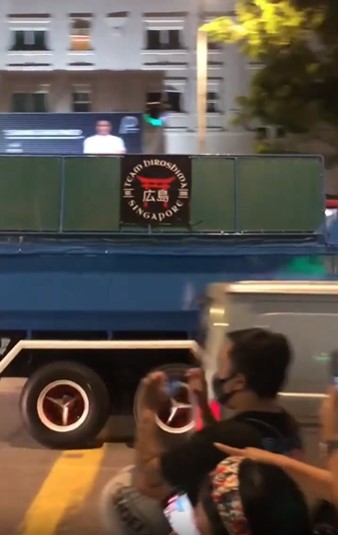 The rest of the vehicles appeared to be grouped by type, with minibuses first. 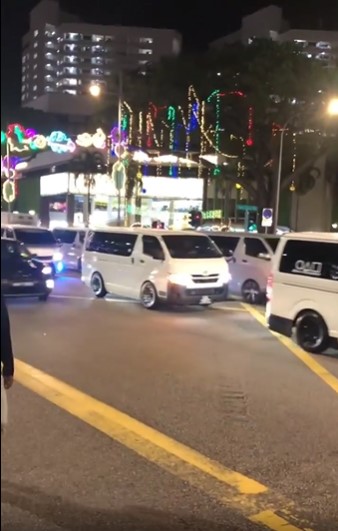 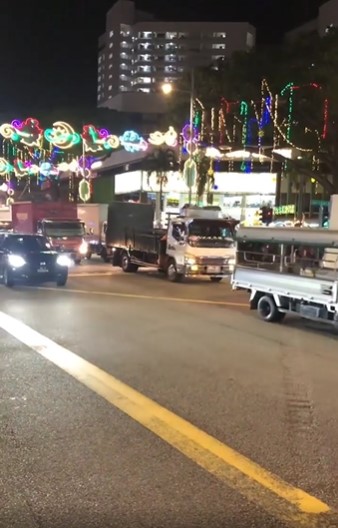 There seemed to be no end to the convoy, which took about 1-2 minutes to pass through completely, with passers-by recording it with their phones. 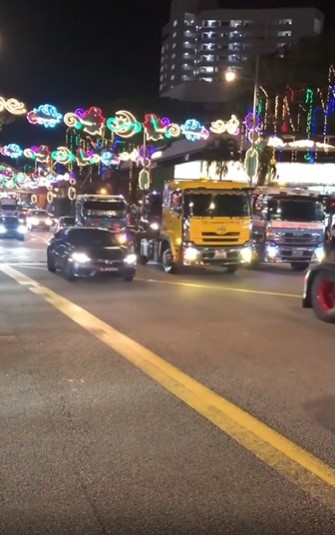 According to the Traffic Police, the organisers of the heavy-vehicle convoy have been identified as three men aged between 22 and 26 years old.

They will be investigated for conducting an event on the road without a permit.

8World News reported that a total of 37 vehicles took part in the event. 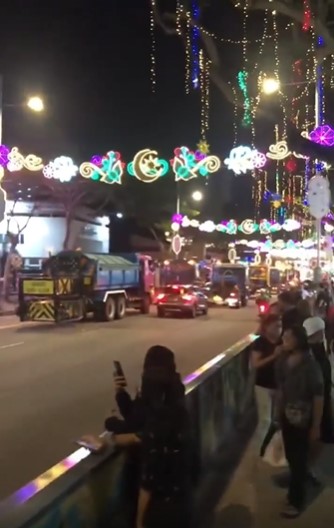 It was organised by truck driver group Team Hiroshima Singapore.

One of the organisers told the news outlet that said they’d initially wanted to head to Geylang Serai on the eve of Hari Raya (2 May).

However, after Covid-19 measures were relaxed recently, they brought the celebration forward.

The two recent incidents in Geylang Serai weren’t the only gathering of vehicle enthusiasts in the past week or so.

On 29 Apr, a supercar gathering was held near the Decathlon store in Kallang. 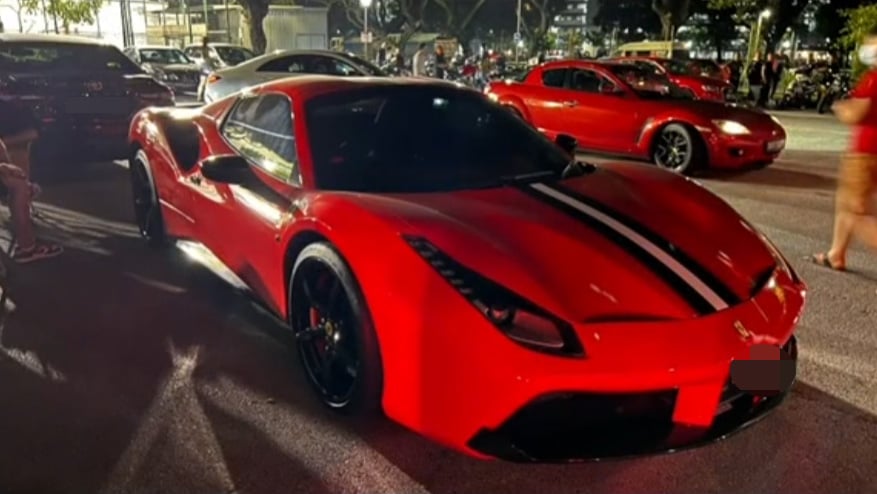 Of course, it also drew the police, who lined up in a “display” of their own. 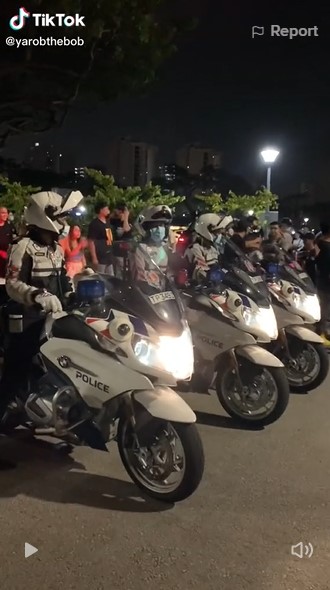 The police are looking into the Kallang gathering, they told ST.

Organisers Basement 1, a car enthusiast website, posted on Facebook that the police were already aware of the event and had given the green light to it. 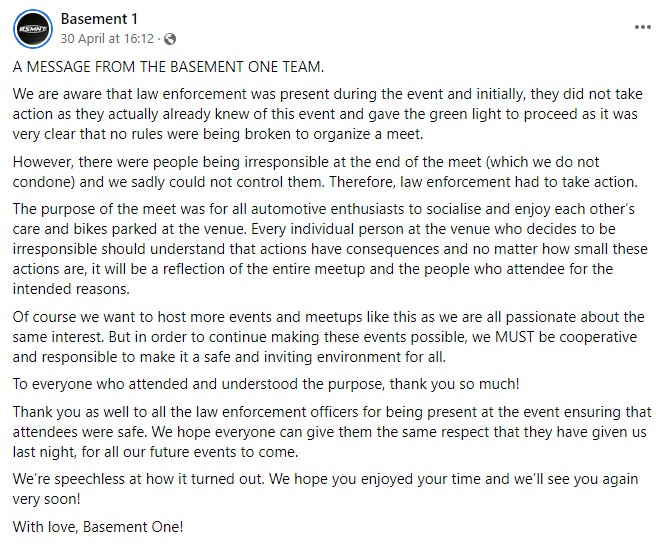 However, “there were people being irresponsible” and they couldn’t be controlled.

Thus, the police had to take action.

They urged participants to cooperate and be responsible if future events are possible.

Be considerate to other road users

As we come to the end of the long weekend, it’s understandable that people may want to let their hair down.

However, we also need to be considerate towards members of the public, especially other road users, who might be endangered by irresponsible behaviour.

Thus, if organising vehicle events, do make sure that a police permit is obtained, and participants comply with the existing laws.