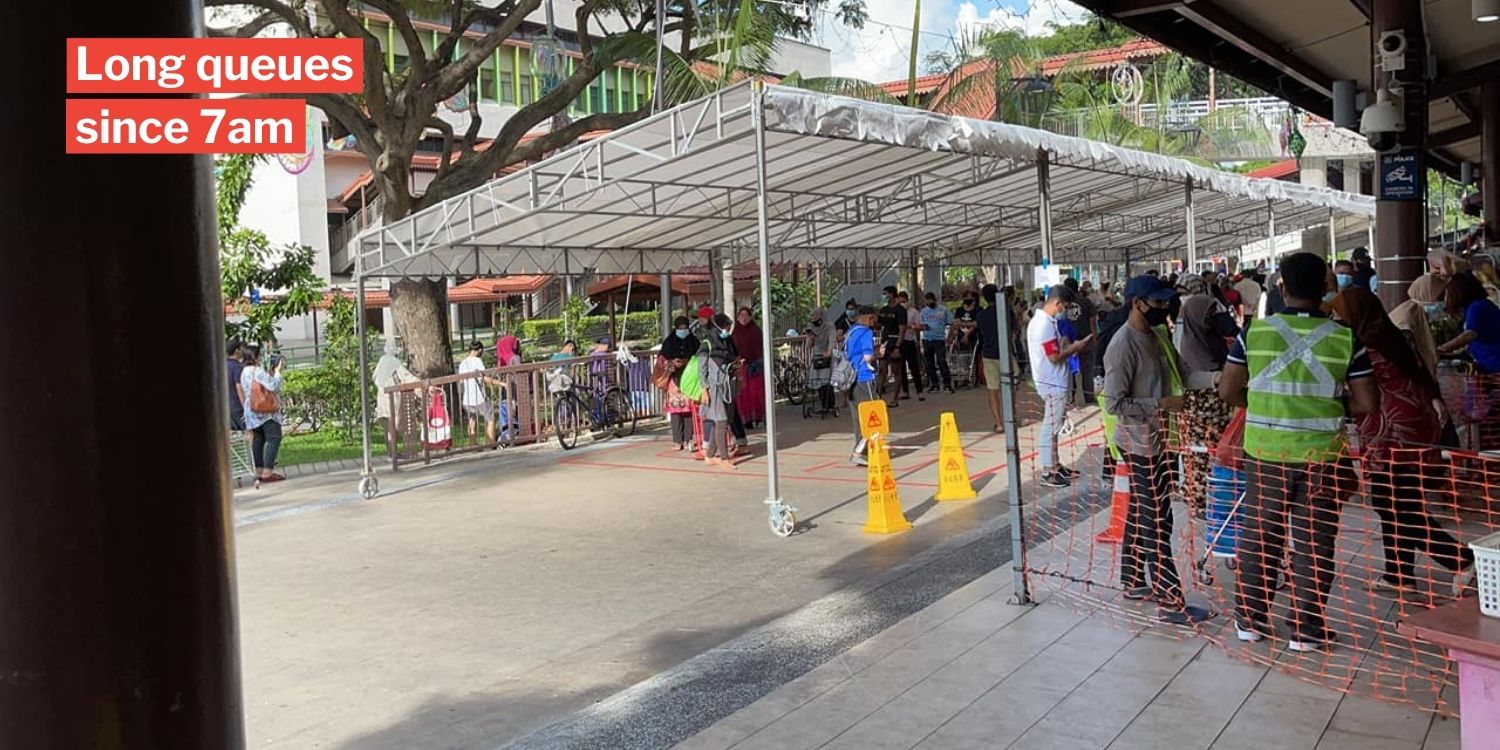 In the days leading up to Hari Raya Aidilfitri, a crowded Geylang Serai Market is a common sight, as mums and makciks commence their hauls for festive feasts. But in the context of a pandemic, seeing long queues there can raise some concerns.

Visitors to the market this morning (8 May) beheld such a scene, as officials appeared to control the crowds entering the venue. 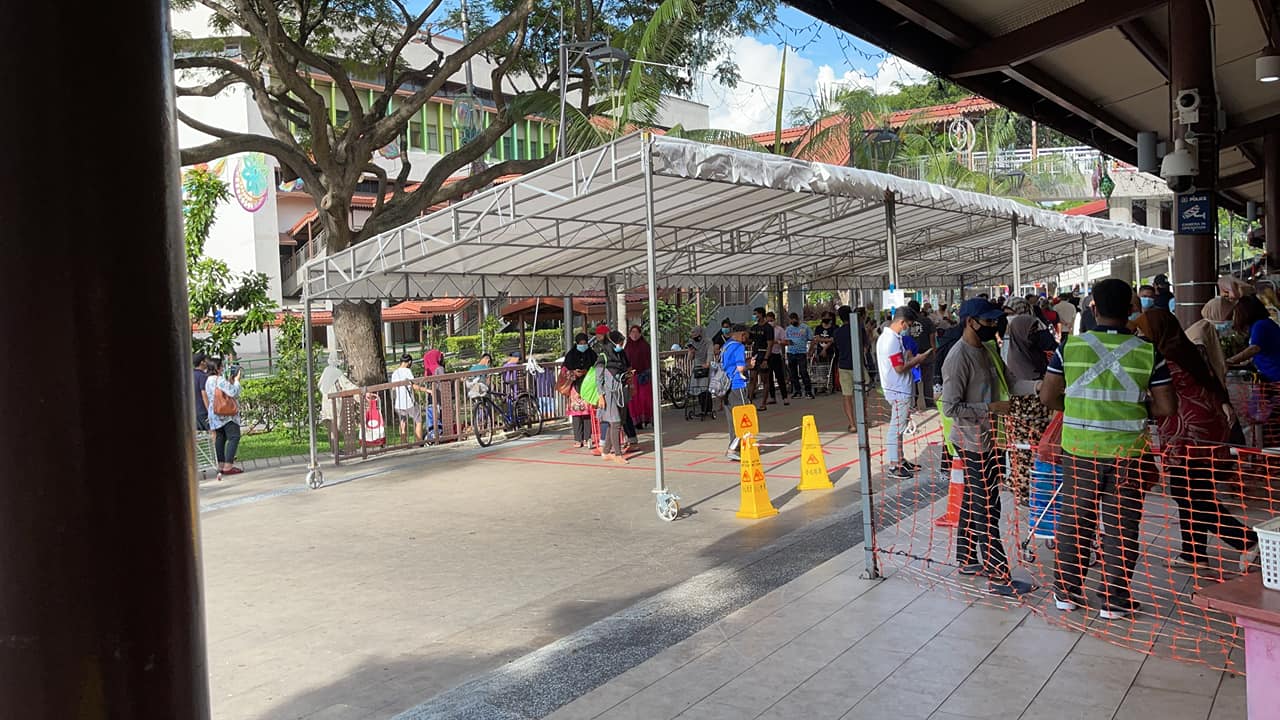 Thankfully, the situation seemed to be well in order, as everyone maintained a safe distance while waiting their turn.

Long queues at Geylang Serai Market from 7am on 8 May

Seasoned visitors would know that heading to the market early means dealing with a smaller crowd.

But that didn’t seem to be the case on Saturday (8 May) at Geylang Serai Market, which apparently saw long queues from as early as 7am.

These early risers prove that the early bird catches the worm, as the queues only grew longer as time passed.

Officials on site to manage crowds

Already anticipating the large crowds, various officials were seen patrolling the area and ensuring that everyone kept a safe distance between each other.

BERITAmediacorp, who was on location this morning, noted that Safe Distancing Ambassadors (SDAs), National Environment Agency (NEA) and SG Clean officers had the situation under control. 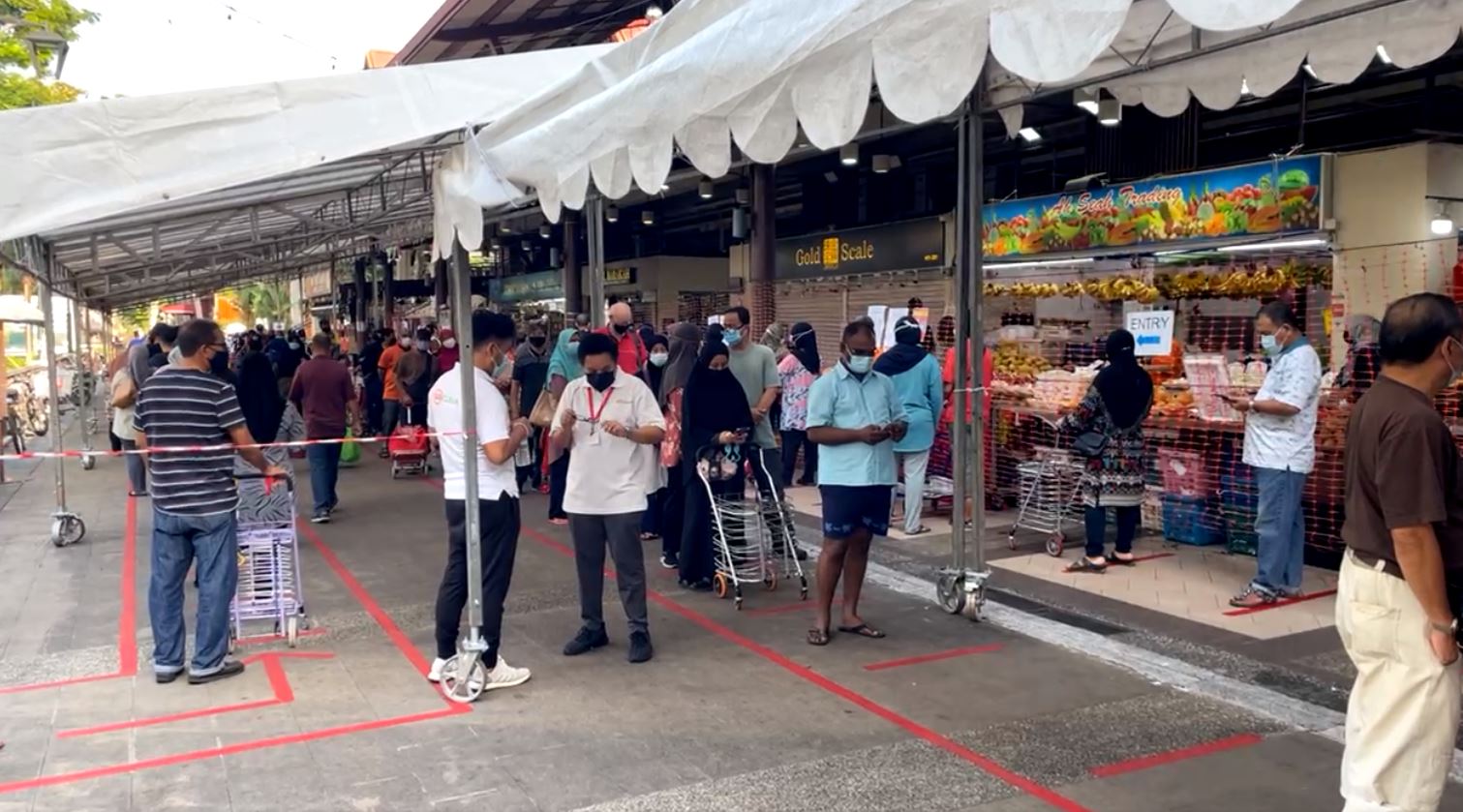 Visitors whom they interviewed also commended the officials for maintaining order.

Since the authorities have forewarned that they’ll be controlling entry if a crowd forms, waiting time at the market is rather long.

BERITAmediacorp stated that the average waiting time can range from 30 minutes to 1 hour, so let your parents know before they go.

The restrictions apparently haven’t stopped visitors from getting their Hari Raya essentials. Roughly 2,000 people reportedly visited the market in the 2 hours since its opening today (8 May).

The number shows that procedures were likely smooth, preventing any major hold-ups as visitors entered and exited the market without a glitch.

Get your festive shopping done safely

Though Hari Raya arrives amidst new Covid-19 measures, we’re glad to see that many are still keeping up with festivities.

If you’re planning to do some festive shopping, remember to follow these rules too.

We wish you happy shopping, and preparation for the upcoming celebration.