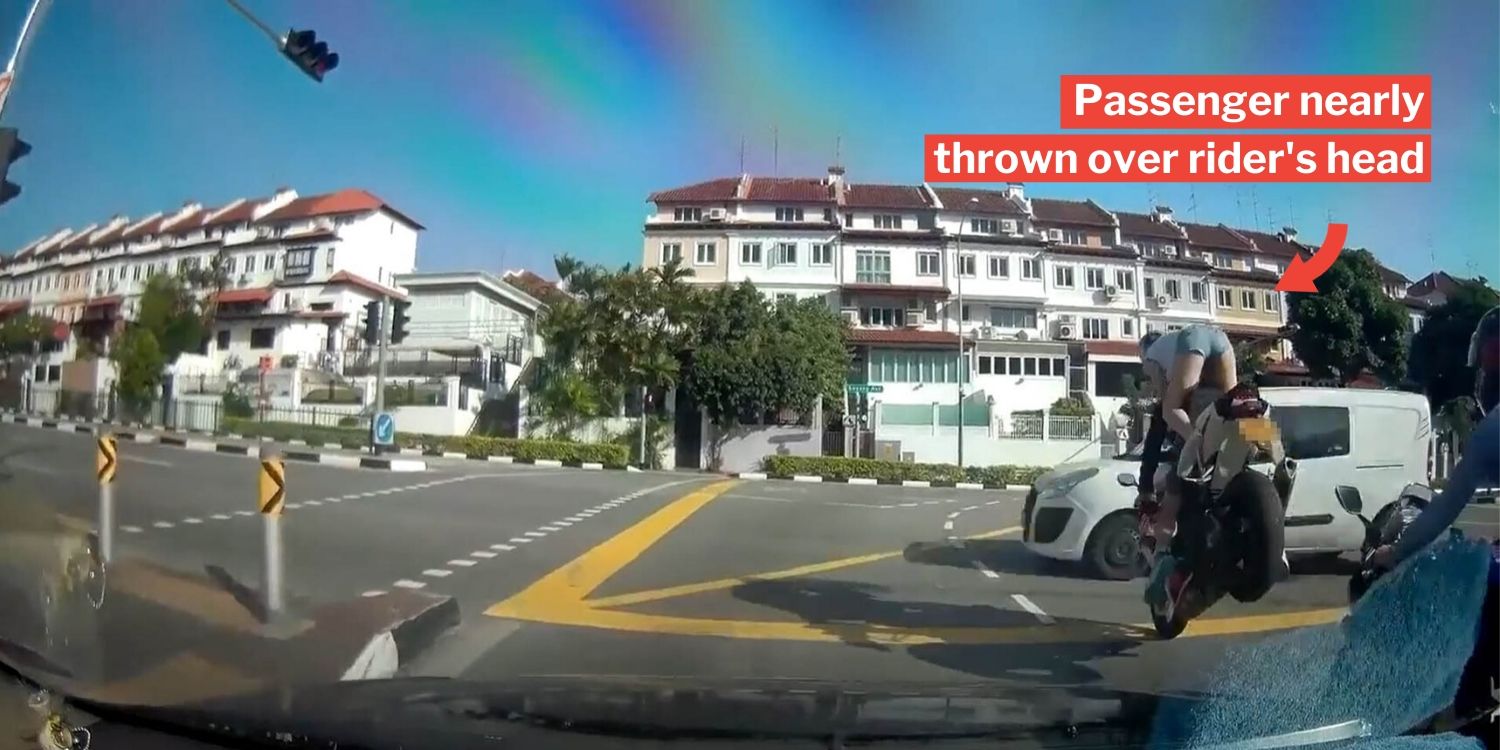 We all know to check both sides of the road before crossing, even though it might be our right of way.

Thankfully, a motorcyclist in Singapore did just that and stopped not a second too late, saving himself and his pillion from a nasty accident.

A video posted in a motorcycles thread on Reddit shows this horror unfolding at the T-junction connecting Pasir Ris Drive 1 and Loyang Avenue on 29 Feb slightly after 5.15 pm.

You can view the video here.

Reminder to always stay vigilant at lights, even when it’s green from motorcycles

The short 7-second dashcam footage starts off showing a green light in favour of the motorcyclist. 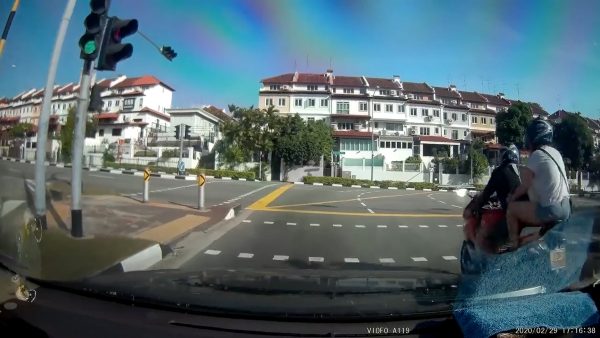 Naturally, the motorcyclist started to accelerate, turning his head right to double-check on oncoming traffic.

He then notices something and immediately puts his feet back on the ground. He then jams hard on his brakes. 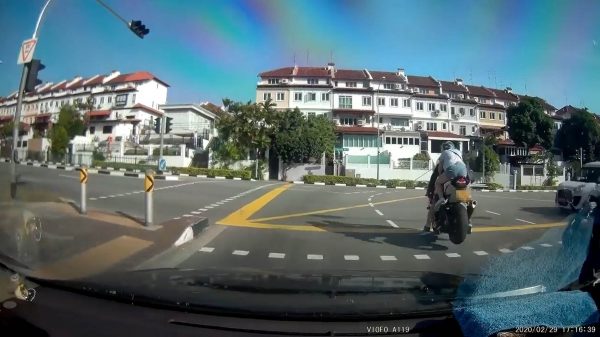 He brakes so hard that his back wheel lifts off the floor completely and his motorbike tips forward, balancing only on the front wheel.

His poor pillion rider was nearly thrown over his head from the force of the brake. At the same time, a white van speeds across their path at a fast pace. 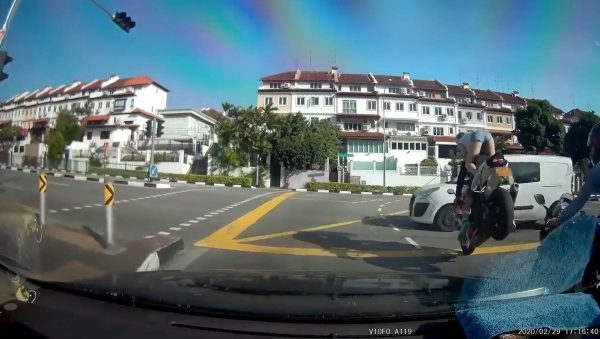 The video ends with the pillion rider toppling off the side of the motorcyclist’s left shoulder.

Thankfully, both the rider and his passenger escaped relatively unscathed.

While it was definitely wrong of the white van to dash the red light, this case shows that you can never be too careful when it comes to traffic safety, and that we should be responsible for our own safety.

Let’s all stay vigilant and not dash any red lights to make Singapore’s roads safer for everyone.