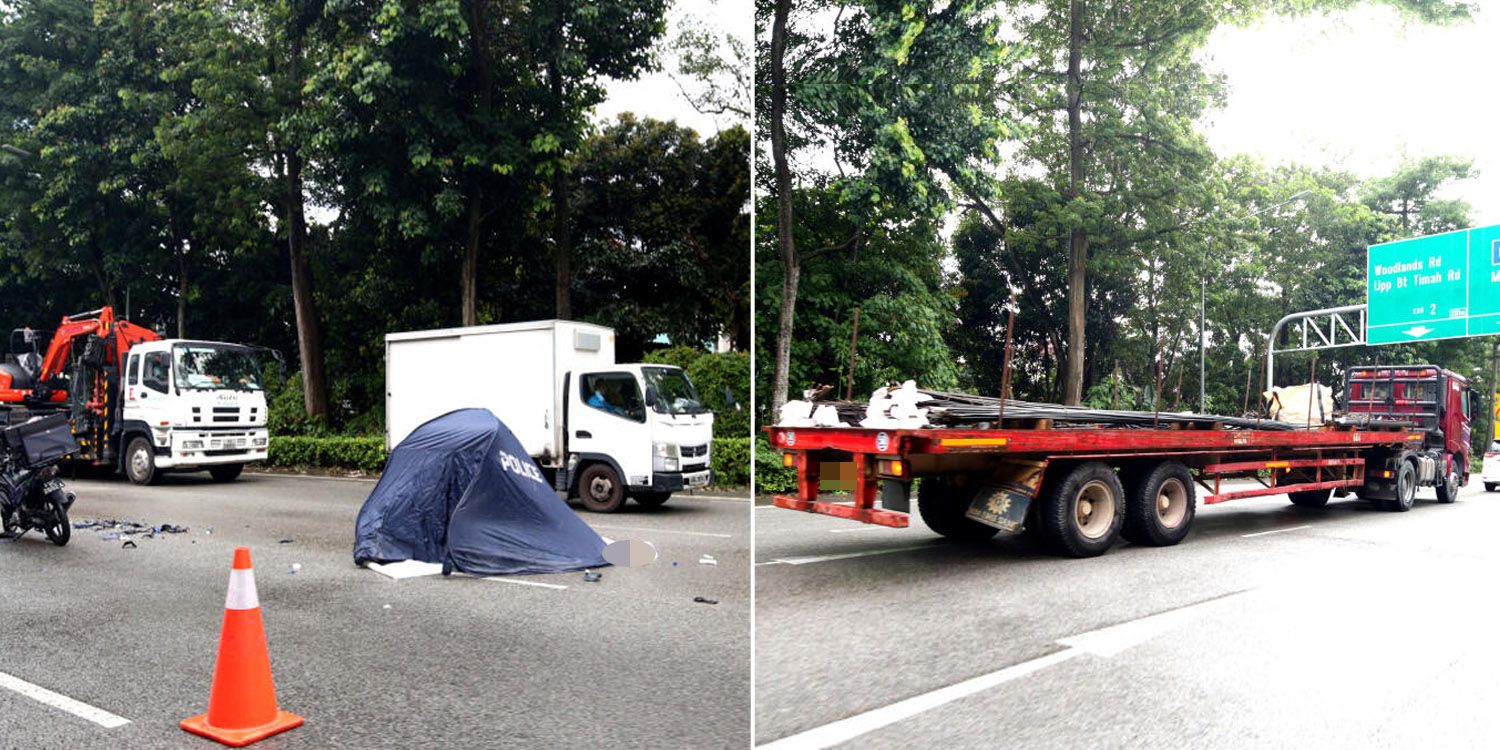 Most Singaporeans would understandably welcome the occasional rain that brings about cooler weather and breeze. While enjoyable, rainy conditions may at times amplify the dangers present on our roads.

On Monday (5 Jul), a motorcyclist was riding on the wet roads of KJE when he allegedly lost control and got hit by a trailer. 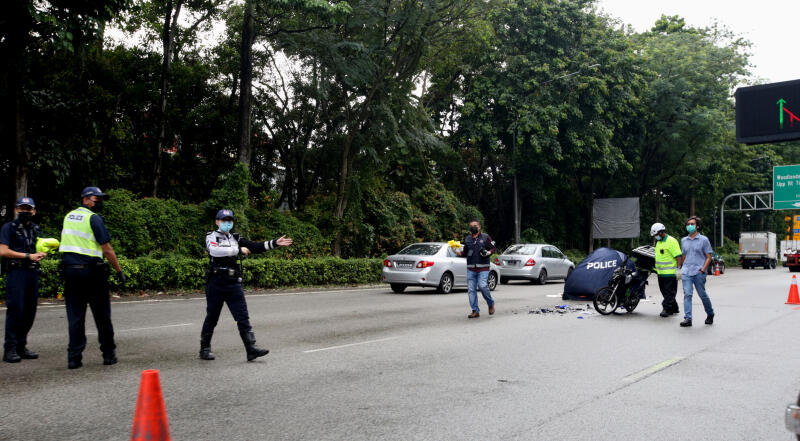 The male rider was pronounced dead at the scene.

According to Shin Min Daily News, the rider lost control due to the slippery road brought about by the rainy conditions on Monday (5 Jul).

Unable to get out of the way in time, the massive red trailer travelling behind collided with the motorcycle. 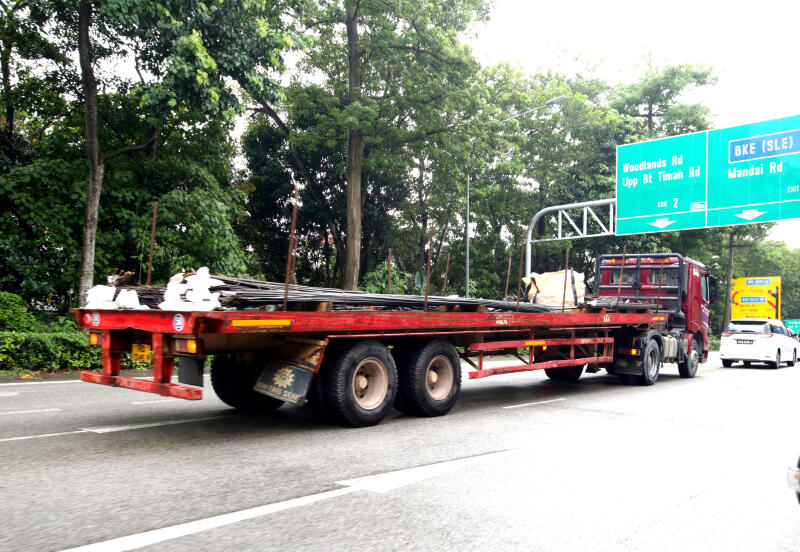 The accident reportedly happened along the KJE towards the BKE near the Woodlands Road exit at around 7.49am. Shortly after, the police arrived at the scene, and an ominous blue tent was placed at the location of the accident. 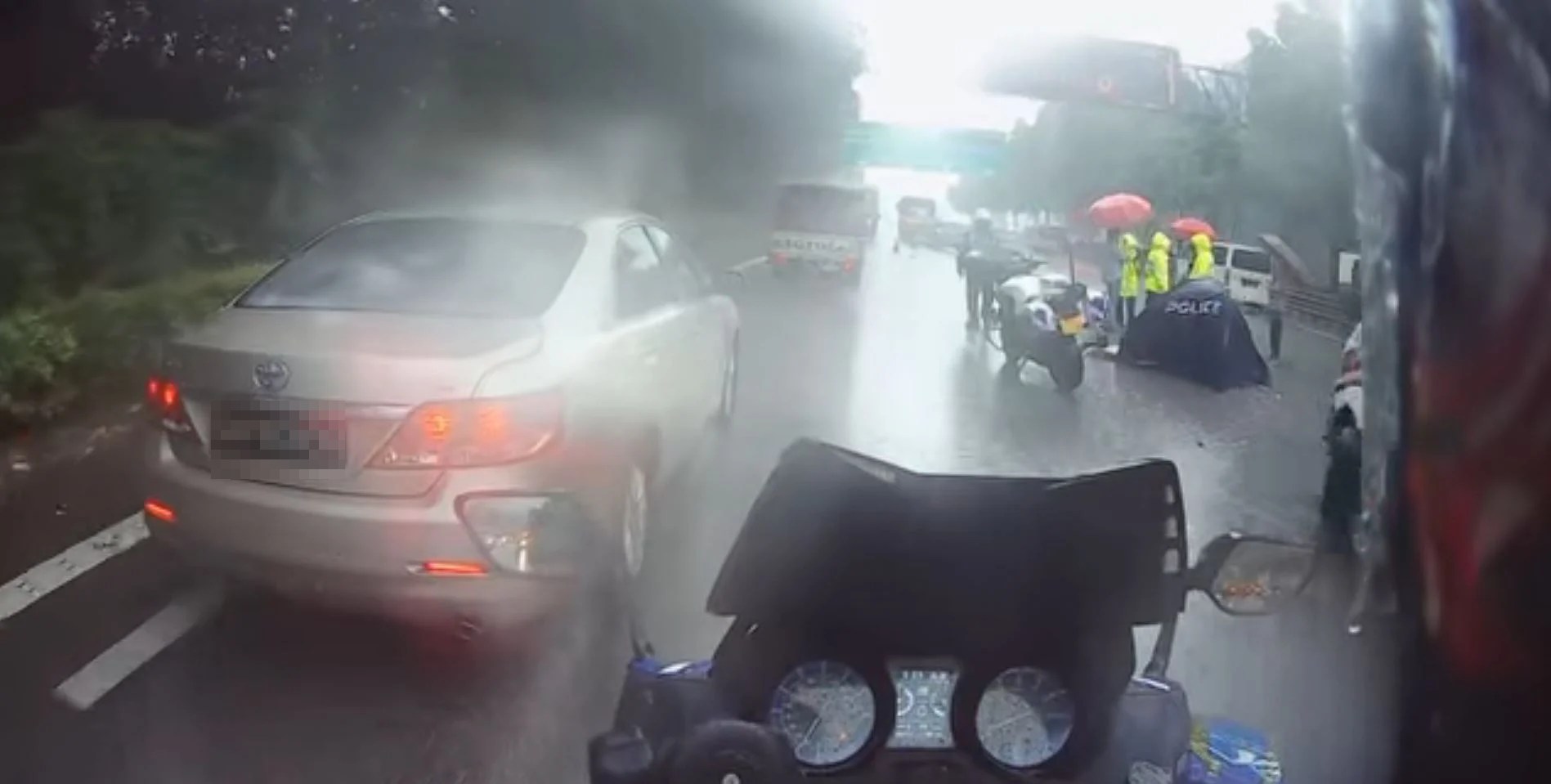 Parts and fragments, presumably from the motorcycle, were also strewn across the lanes. 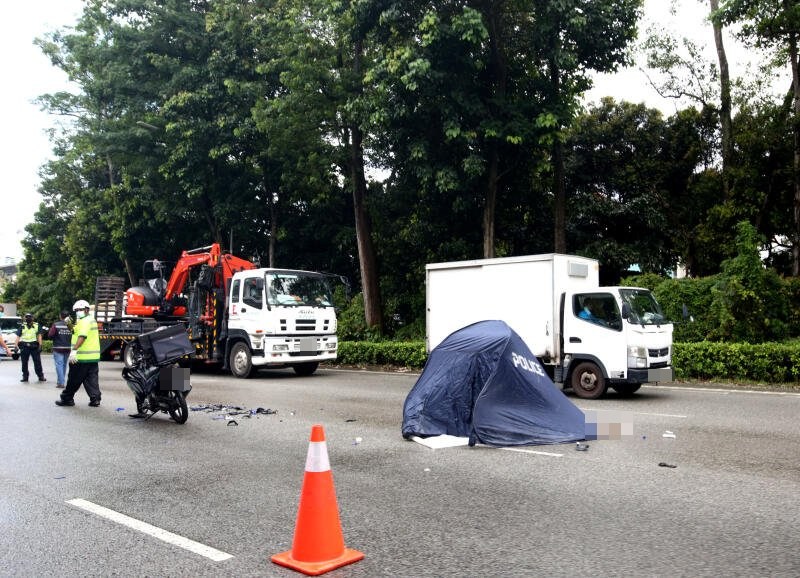 2 lanes along the road were closed, causing a massive jam that reportedly stretched till the Choa Chu Kang area.

In response to Shin Min Daily News’ queries, the police shared that a 37-year-old was pronounced dead at the scene.

The trailer driver, a 43-year-old man, is currently assisting the police with their investigations.

Be careful when driving, especially on rainy days

It’s saddening to hear of the accident and the manner in which it allegedly happened.

Our condolences go out to the family and friends of the deceased. May he rest in peace.

We hope all motorists will be careful when driving, especially on rainy days when the roads are wet.