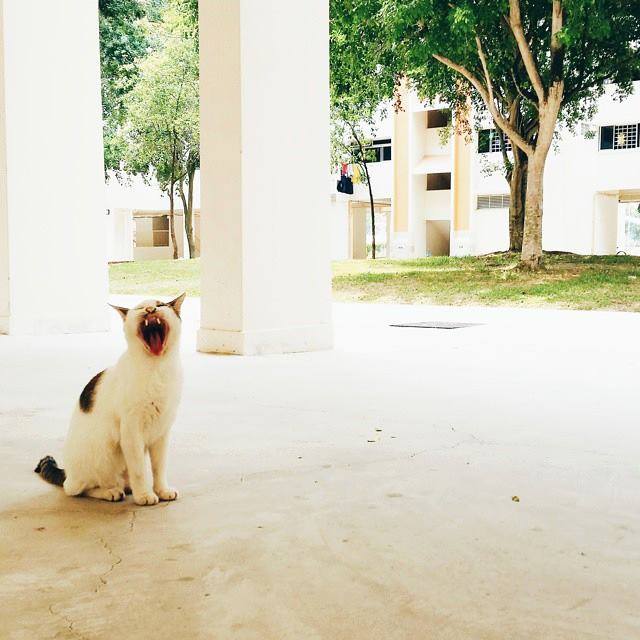 On 15 Dec, Nee Soon Group Representative Constituency (GRC) Member of Parliament (MP) Louis Ng displayed his heart of gold by setting up a fast response grassroots team following a series of feline deaths in his ward. Mr Ng, who was elected into office at GE2015, is also founder of wildlife rescue group Animal Concerns Research and Education Society (ACRES).

Looks like Mr Ng is the hero our poor Yishun neighbourhood cats needs.

Since 24 Sep, 16 furballs have been killed and only 1 cat survived the abuse. The feline fiend’s methods of abuse include strangulation, poisoning, mutilation, and hurling cats down from high levels.

What a sick fella.

Netizens have been desperately trying to find the killer by appealing to the online community.

Signs of the cat killer or killers?

Some volunteers have spotted the killer.

We saw him approach a cat once with a knife in his hand and we called the police. When the police arrived, he had disposed of the knife and said he was playing with the cat. The police could do nothing.

Aren’t witnesses enough to warrant an arrest of the cold-blooded murderer?

Despite looking through CCTV footage, investigators found no new leads for the cold-blooded murders of Yishun’s neighbourhood cats.

Were authorities able to catch the cat killer?

The Agri-Food and Veterinary Agency (AVA) and the Police are in charge of investigating Yishun’s cat deaths. So far, investigators have started to make use of high-definition cameras as well as appeals to the public for more leads.

The Fast Response Team consists of 22 cat feeders, community volunteers, and warm-hearted citizens. When an alert is raised, volunteers are gathered and go to each household to communicate with citizens and gather witnesses. The team would also leave flyers on car panels to try obtain footage from in-vehicle private car cameras.

Looks like Singapore has our very own team of “Catvengers”, who will be in charge of protecting our local Yishun cats. 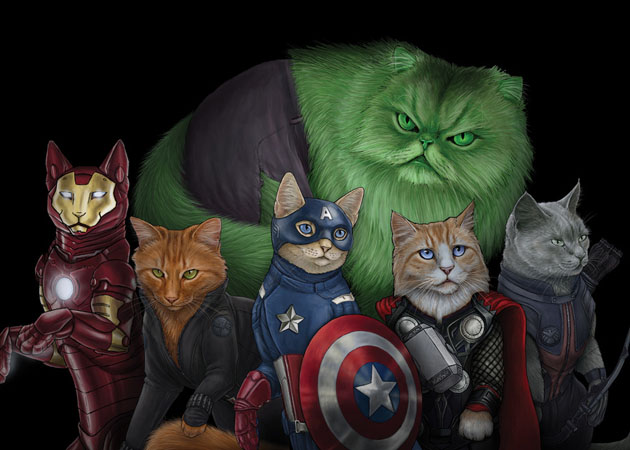 What does ACRES founder/ MP have to say?

Mr Ng has expressed support for the idea of using private-in-car cameras, saying that there were many open air carparks which would face void decks and some cars might have cameras to capture important footage.

The cat advocate added that he was worried for his feline friend “Annie”, who he met during one of his walks as a PAP candidate. Sadly, Annie has gone missing and our animal loving MP worries for the safety of his new friend.

Kudos to our loving Nee Soon MP and his valiant effort to save Yishun’s cats.

Meanwhile, Mr Ng has called out for volunteers to join and help the fast response team through stray cat volunteer group Yishun 326 Tabby Cat. The

We are doing all we can to stop these horrifying deaths and I will ensure we spare no effort to end this cruelty.

What is currently being done to protect community cats in Yishun?

The Yishun Cat killer is still on the loose, and volunteers have since been taking turns to patrol the area from 1 to 4 am — the time the sicko killer usually strikes.

Ms Sum says that the volunteers were “overwhelmed and overstretched” and still unable to cover all the important areas.

She also mentioned that the recent deaths were “more cruel” and “more bold”, which is a sign that the killer or killers were not daunted.

Appeals to public for Information about Yishun cats

The SPCA has also appealed to the general public encouraging anyone with information of the deaths of the cats to call SPCA’s 24-hour hotline at 6287-5355 ext 9 or e-mail inspector@spca.org.sg.

Similarly, members of the public with any information about the deaths of the cats may call the AVA at 1800-476-1600 or e-mail ava_cawc@ava.gov.sg.

This cat below is also begging for people to help its kind.

Our feline friends are in danger, and we can only express our feelings in the form of the meme below.

Featured Image via Cats of Singapore
With reference to The Straits Times, Today 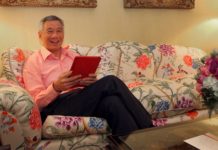 PM Lee Taking A Short Break Till 11 Jun, Looks Forward To Going Out When Restrictions Ease 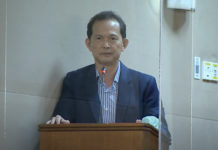 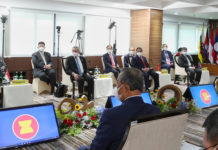