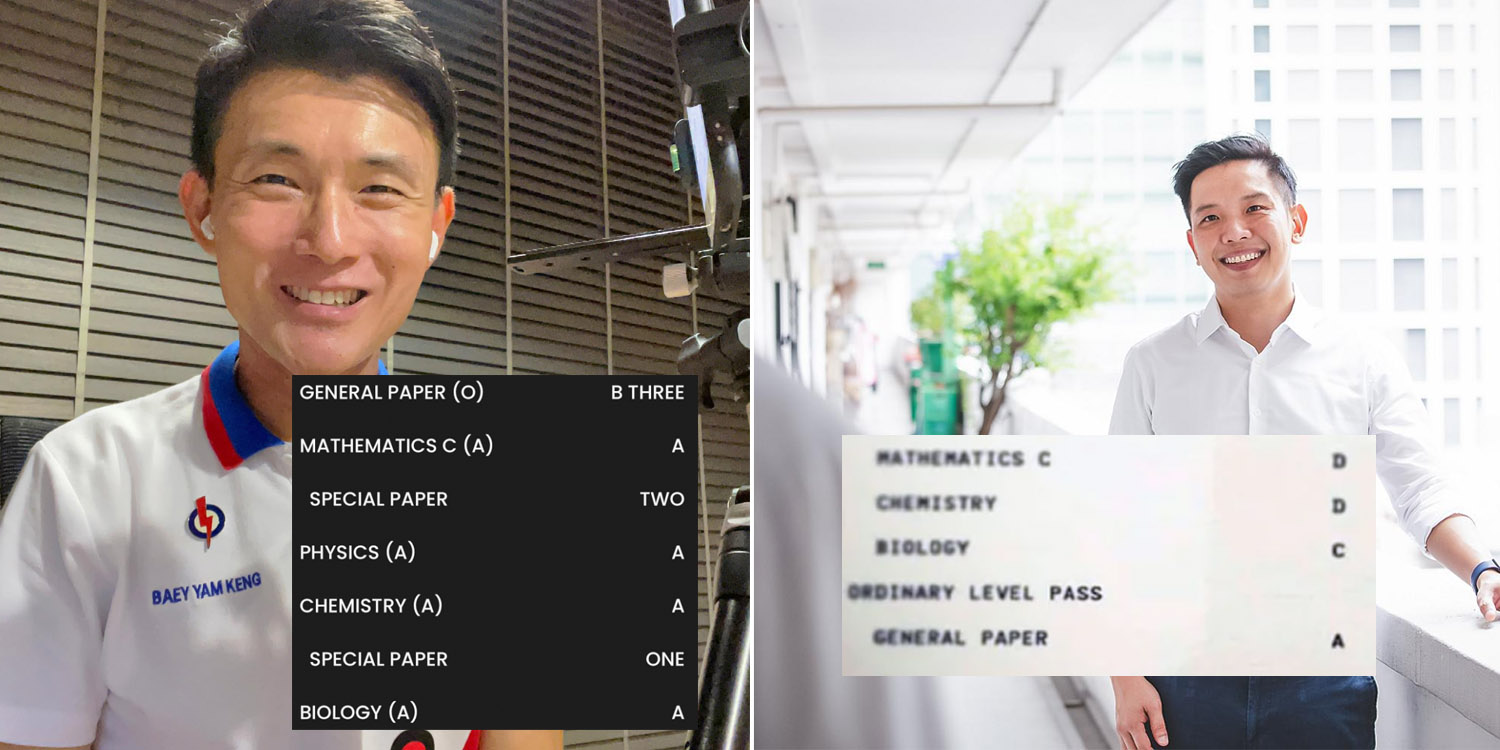 1 scored As, 1 scored Ds, both ended up serving in Parliament.

On Tuesday (22 Feb), thousands of bright-eyed 2021 GCE A-Level students returned to their Junior Colleges (JC) to receive their results. 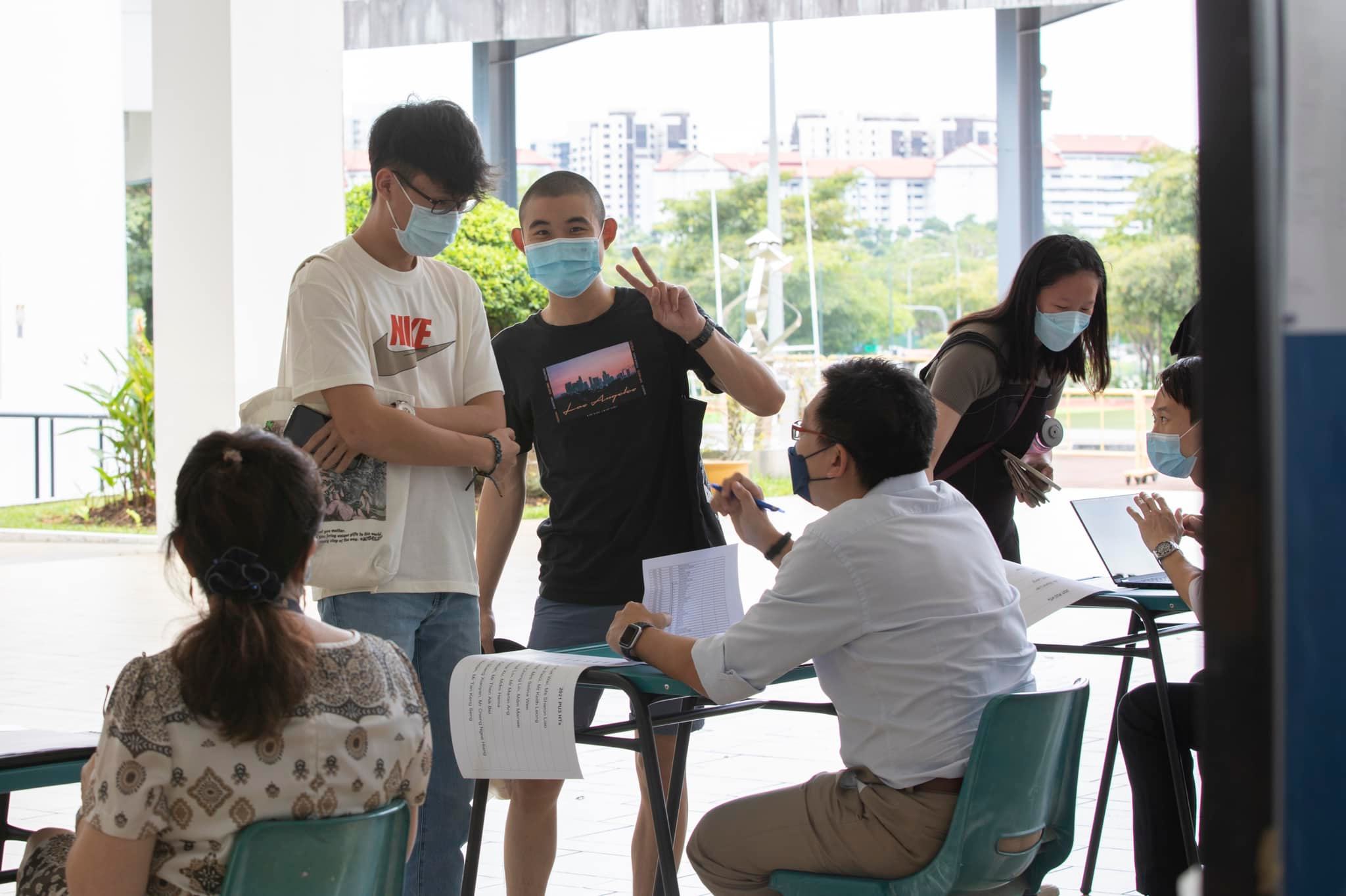 For many holding the certificate in their hands, it would feel like a defining moment in their lives.

But while the results may determine the next few years of their lives, it doesn’t necessarily dictate the trajectory of their entire lives.

MP Alvin Tan says A-Level results did not define him

On Tuesday (22 Feb), the release date of A-Level results, Tanjong Pagar MP Alvin Tan took to Facebook to share his own experience as a student. 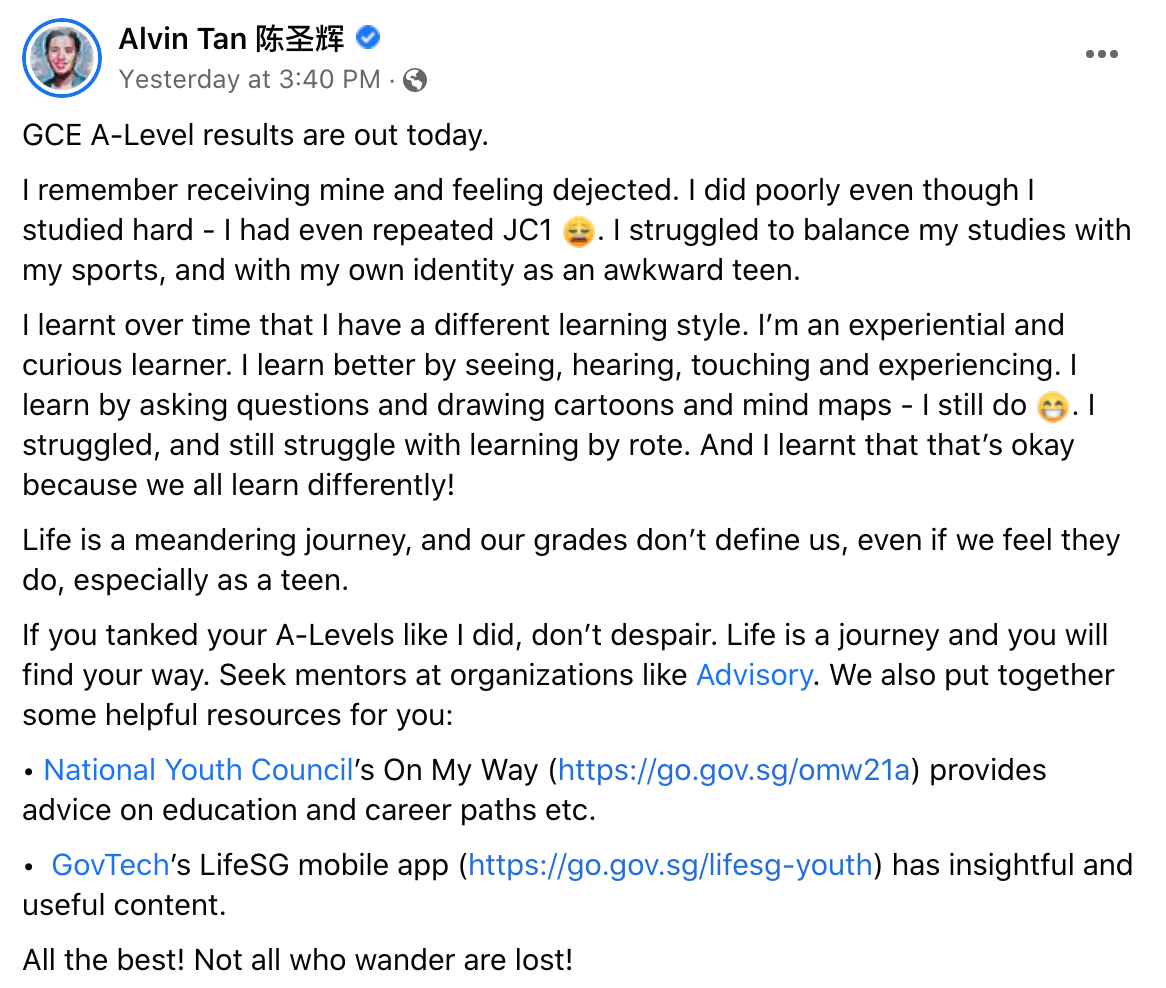 Mr Tan said that he did poorly academically despite repeating J1 and studying hard. 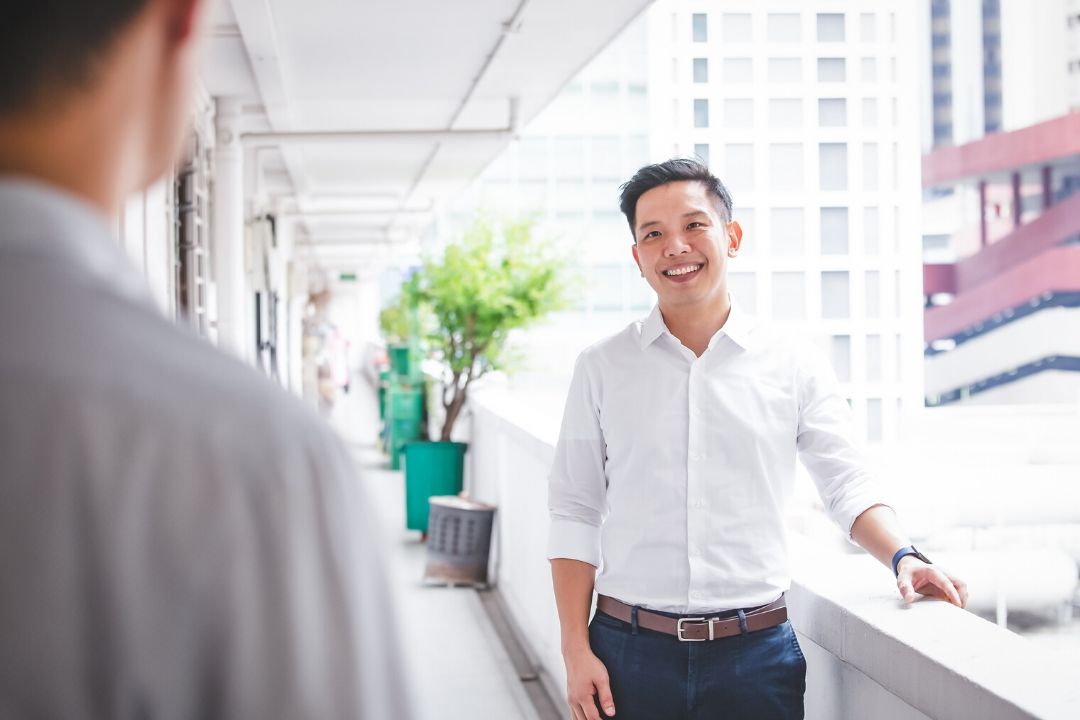 Mr Tan recalls receiving his results and feeling dejected — he scored 2 Ds, a C, and an A for his General Paper. JC was apparently a tough time for Mr Tan as he struggled to balance his studies with sports activities while finding his identity as an awkward teen.

Over the years, Mr Tan said he learned that rote learning was not his style. He was more experiential and learned better by seeing, hearing, touching, and experiencing.

While rote learning continues to be a struggle for him, Mr Tan said it’s perfectly alright to have a different learning style.

Concluding his post, he said that life is a meandering journey and that our grades do not define us, even if it feels like it as a teenager.

For those who did not do well, Mr Tan urged them not to despair. Eventually, they will find their way.

With the caveat that he was aiming high, Mr Baey shared that he did considerably well for his A-Levels, scoring As for most subjects. 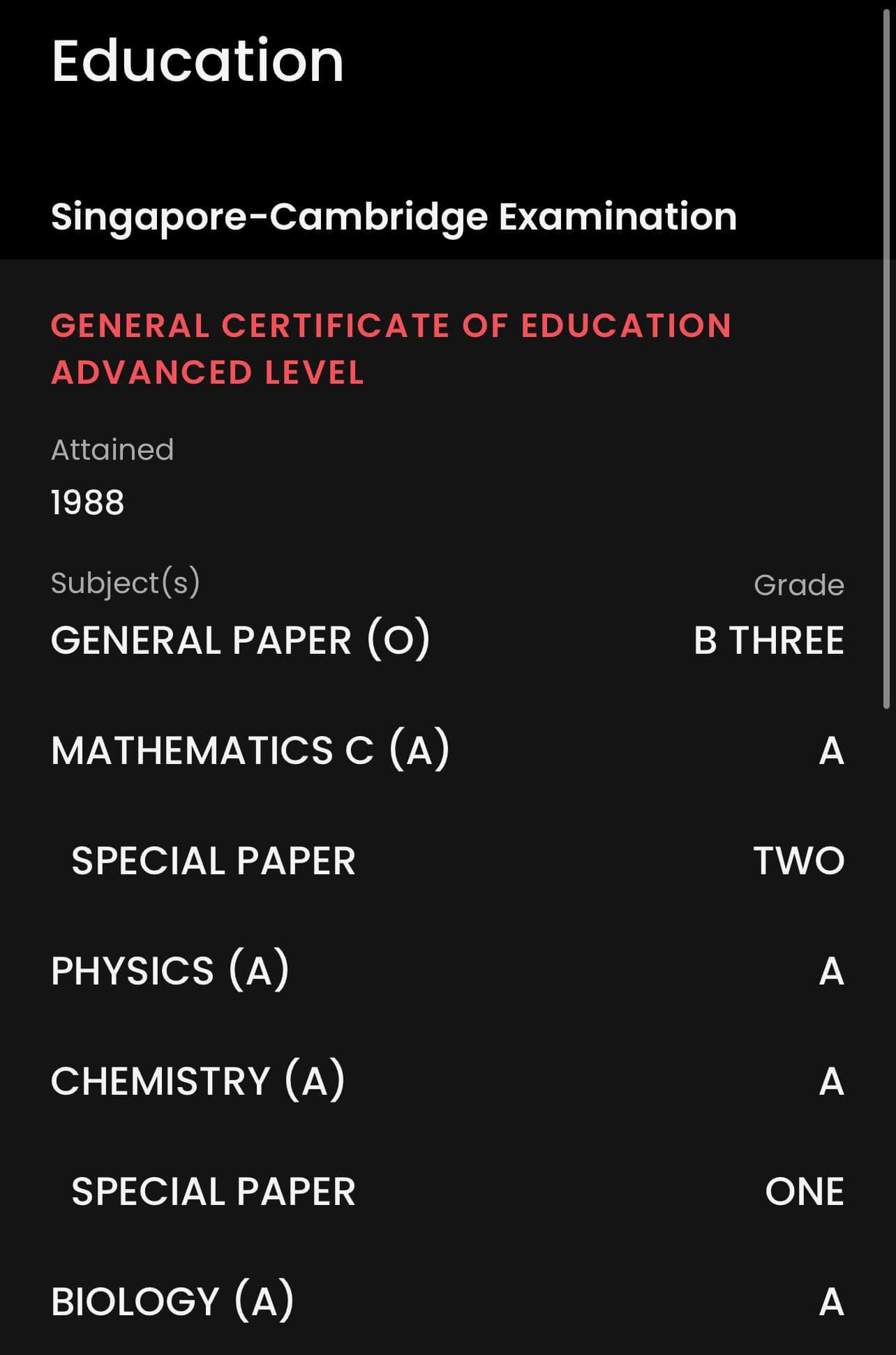 However, he wished that he had done better at the time.

Looking back, Baey shared that his grades helped secure an overseas degree scholarship. But besides that, the 51-year-old MP said the results hadn’t had much impact on his life. 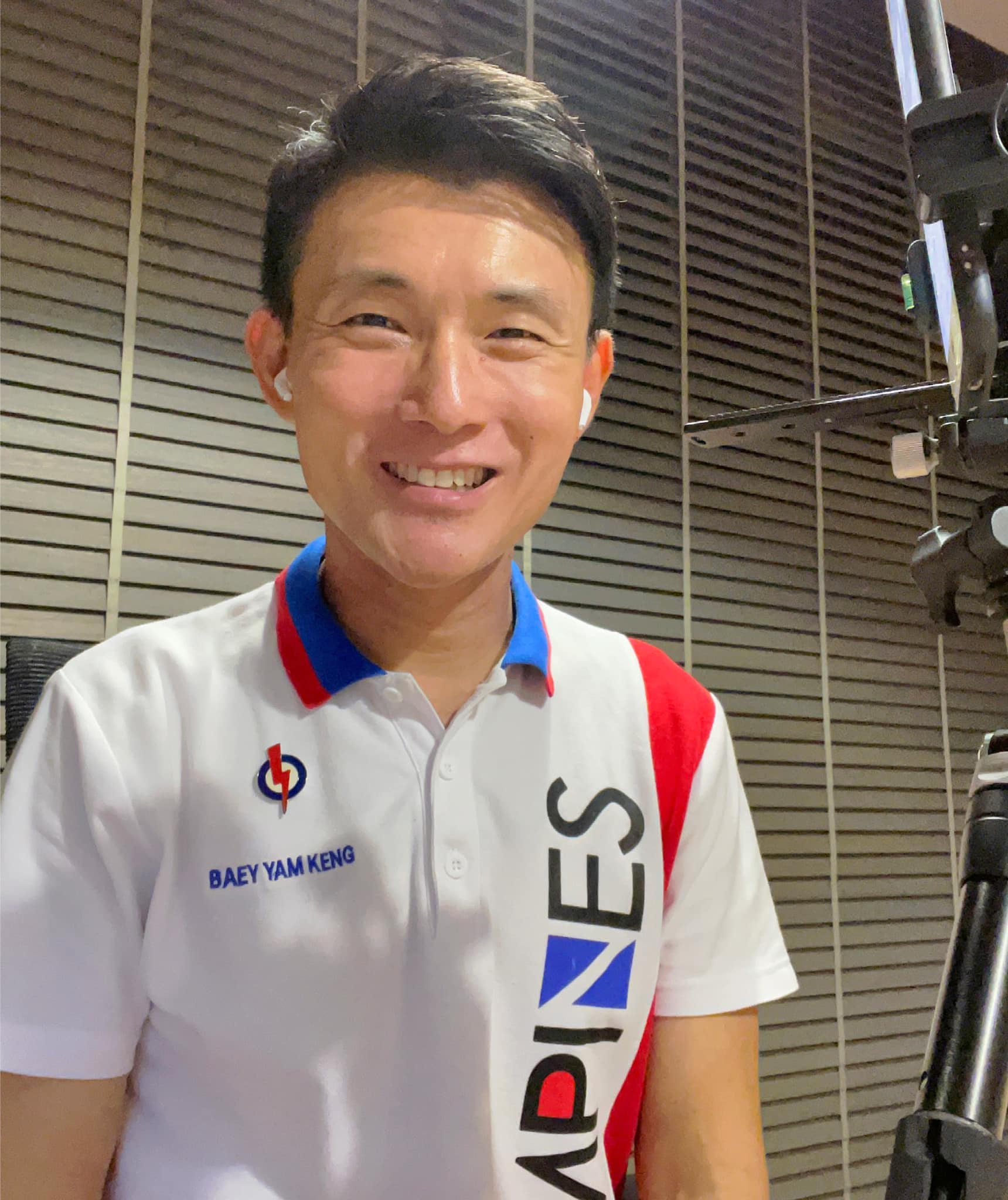 Ultimately, Mr Baey said the A-Levels is a milestone exam but only a part of our life journey.

He wished the 2021 A-Level cohort all the best, saying that as long as they have done their best, they ought to be happy with what they achieved.

Both serve in Parliament despite contrasting A-Level grades

Receiving our A-Level results is no doubt anxiety-inducing. After all, it determines where our education journey will take us for the next few years.

But as both Mr Tan and Mr Baey aptly put it, those results that seemingly mean the world now will merely be letters and digits in the years to come.

They do not define us and certainly do not define what we can do in life. If our 2 MPs are anything to go by, they both ended up serving our nation at the highest level despite their contrasting results.