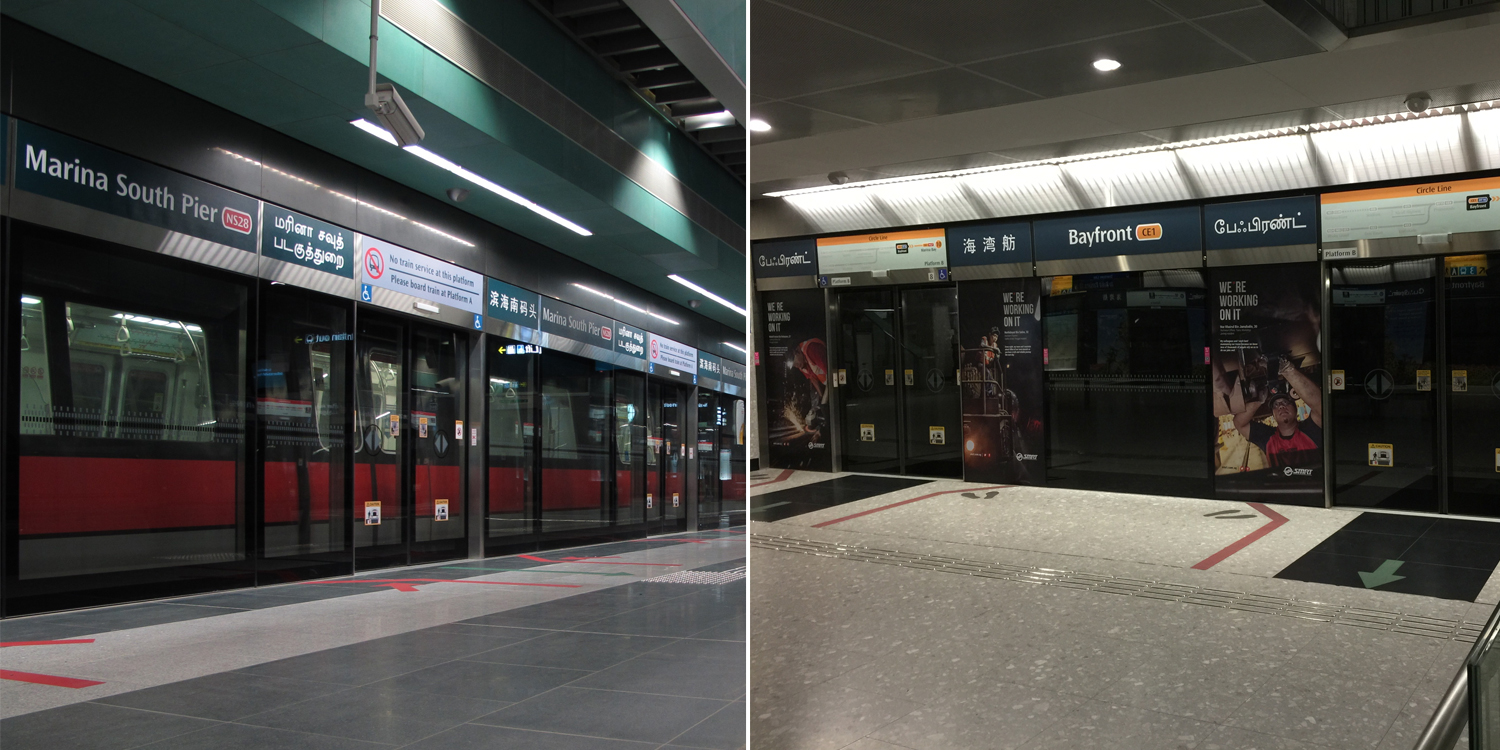 Early this morning (26 May), most of us were in bed. Probably. But for those who had errands to run in the dawn of a lazy Sunday, and who had to take the trains, would have found themselves frustrated.

The North-South Line (NSL)  suffered a power fault at about 6.30am. This was announced on a tweet from SMRT.

Accordingly, the fault caused a delay of roughly 30 minutes to commuters traveling between Newton and Marina South Pier. This stretch covers high-traffic stations like Dhoby Ghaut and City Hall.

[NSL]: Due to a power fault, pls add 30mins train travel time btwn #Newton and #MarinaSouthPier.

In alignment with protocol, free shuttle bus services were activated between the affected stations.

One fault resolved, another surfaced

An hour later, another tweet came up saying that the fault in the NSL had been cleared and that the train services were slowly being restored to proper function.

But just as SMRT had fixed one problem, another sprung up — a power fault in the Circle Line, specifically between Marina Bay and Bayfront station. Again, shuttle buses had to be deployed.

A short while later, the power fault on the Circle line was fixed and services resumed.

And the problem returns

The SMRT staff must have been wiping the metaphorical sweat off their brows after fixing the consecutive power faults. But the electrical imps hadn’t had all their fun yet. After the Circle Line was fixed, the NSL acted up again.

This time, between Marina South Pier and Orchard station.

At about 9am, the fault was resolved. All train services were back to running.

While we’ve seen – and experienced – our fair share of train faults, it’s uncommon for the faults to come one after another.

As much as some would like to blame SMRT for them, you have to hand it to the staff and technicians for getting the problem fixed so quickly — especially on a Sunday morning.

Featured image from Wikipedia and Wikipedia.