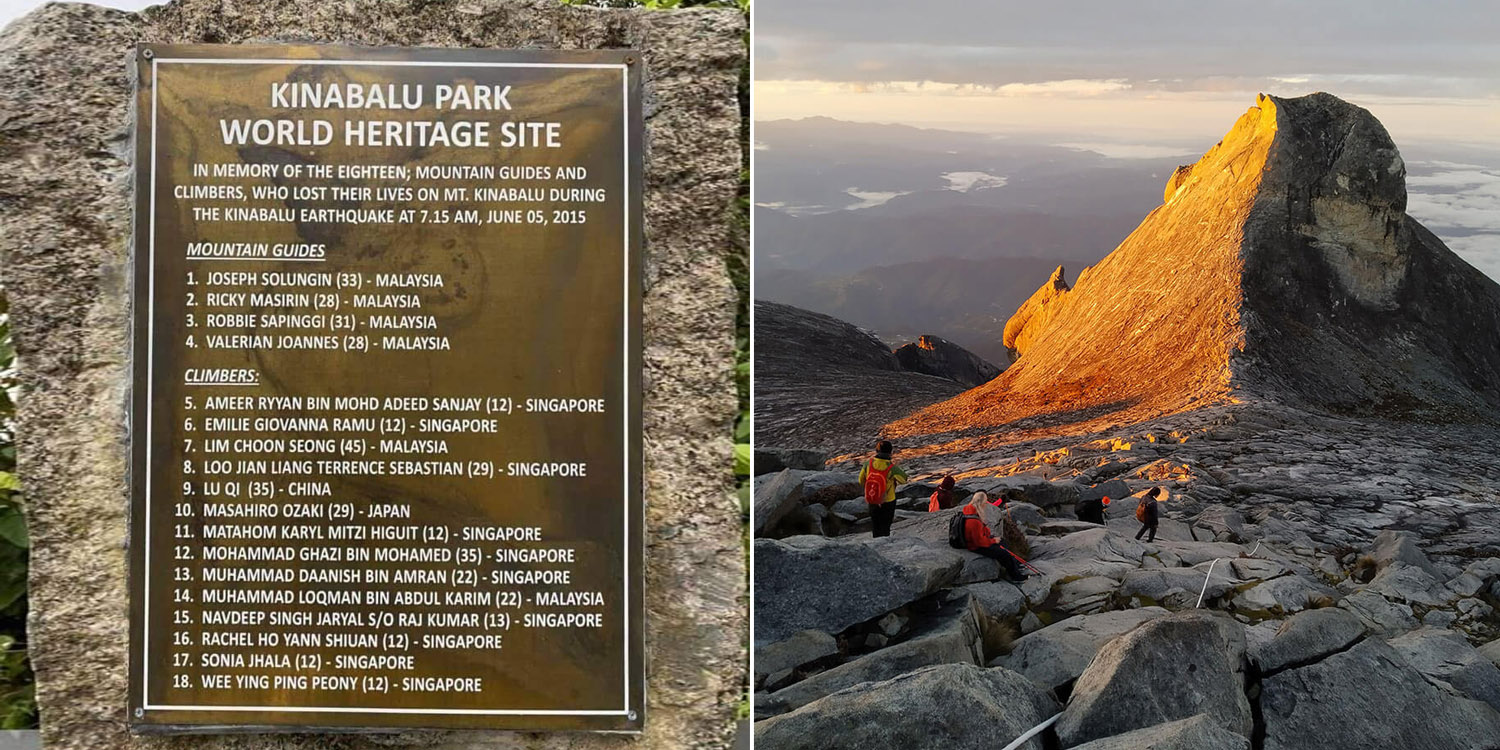 A timely reminder for us to treasure those around us.

With travel restrictions still in place in many countries, overseas hiking destinations like Mount Kinabalu might not be at the forefront of our minds. 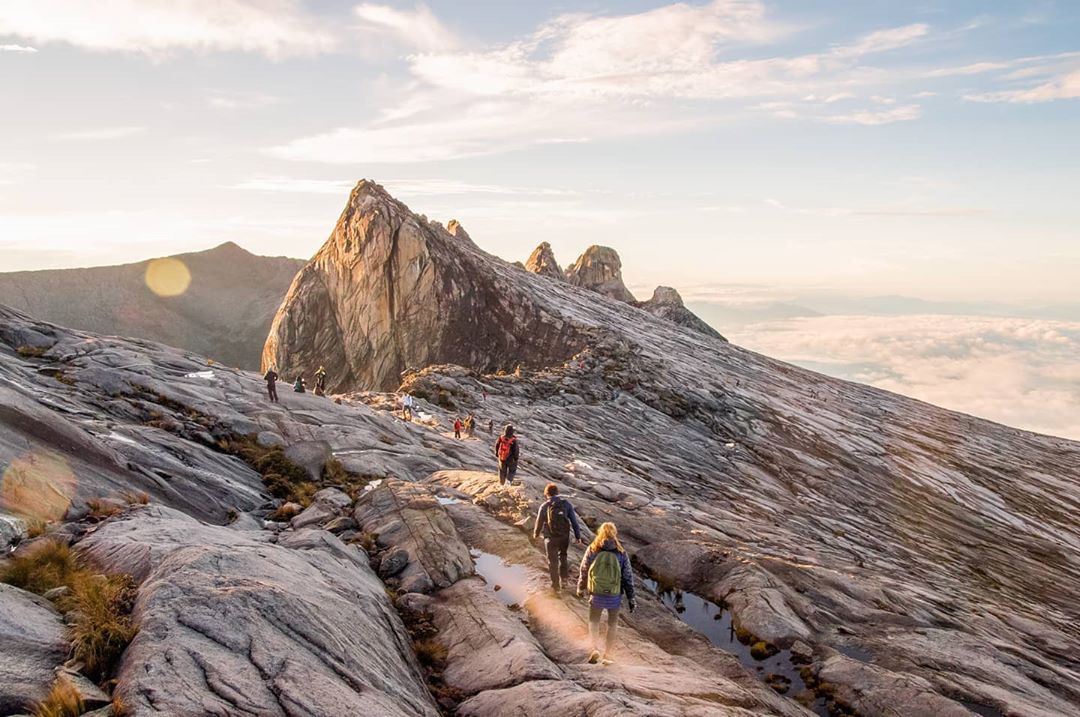 However, Saturday (5 Jun) – aka today – happens to mark the 6th anniversary of the 2015 Mount Kinabalu earthquake that tragically claimed the lives of 18 individuals — 10 of which were from Singapore.

Paying tribute to the victims, a picture of a plaque – with the victims’ names – was shared on the Singapore Subreddit. 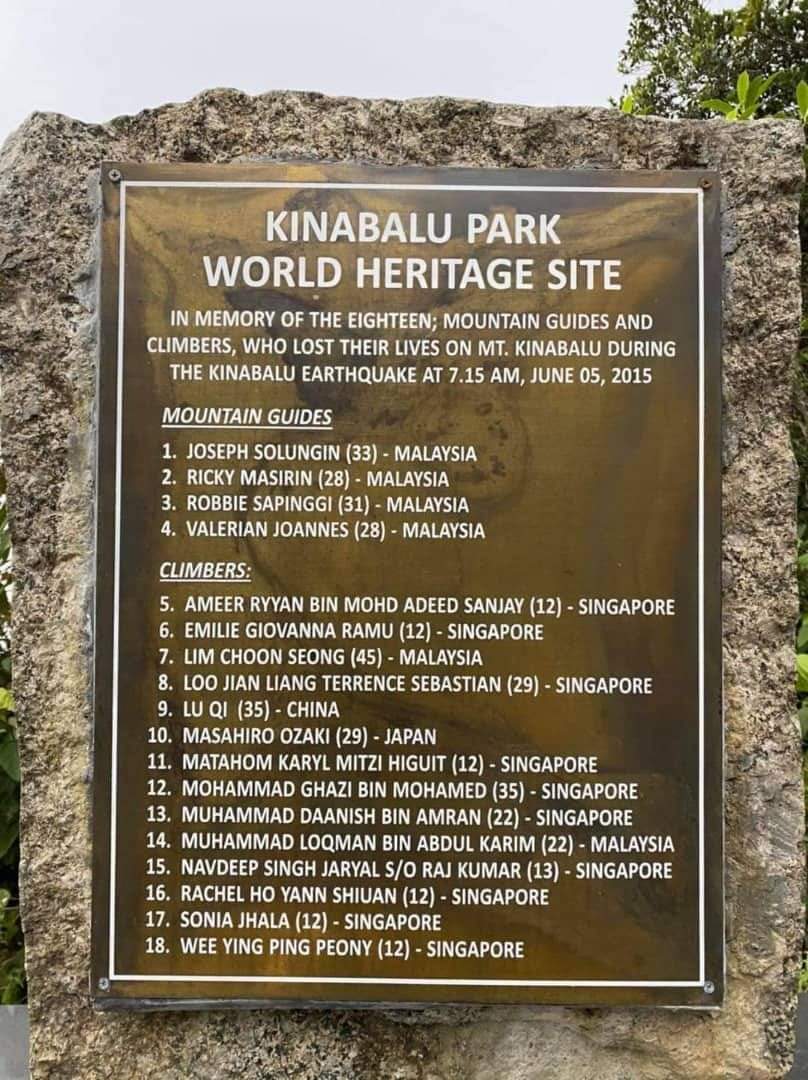 Redditors, some of which were friends with the victims, took the opportunity to pay tribute to those who lost their lives that day.

Finding its way to the Singapore Subreddit on Saturday was a visibly unassuming plaque. 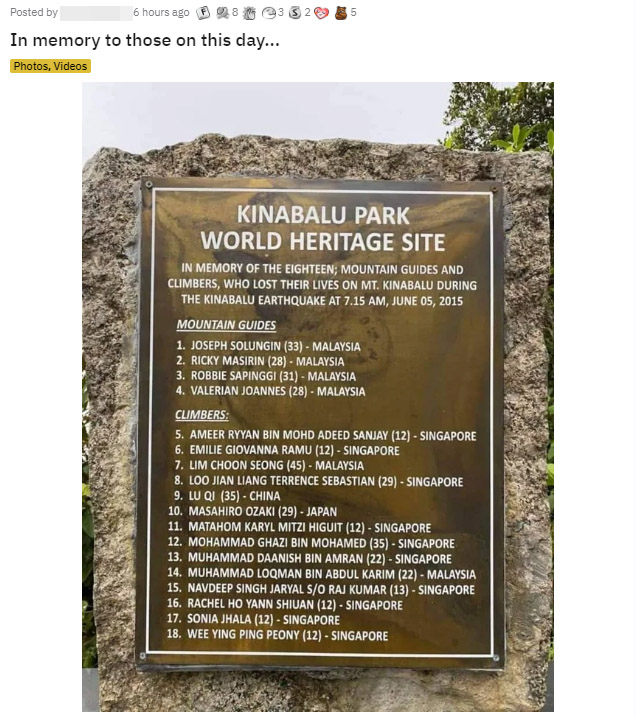 Though not the most eye-catching tablet, it serves as a reminder of the tragedy that befell the 10 Singaporeans 6 years ago.

See, the picture shows the exact brass plaque that can be found at the foot of Mount Kinabalu, paying tribute to the victims of the deadly earthquake on 5 Jun 2015. During the first anniversary of the disaster, 18 native Agathis trees were also planted near the plaque in memory of those who passed.

At around 7.15am on 5 Jun 2015, a magnitude-6.1 earthquake struck the popular trekking destination, claiming the lives of 18 individuals.

10 of the victims were from Singapore, comprising teachers and students from a Tanjong Katong Primary School climbing group. 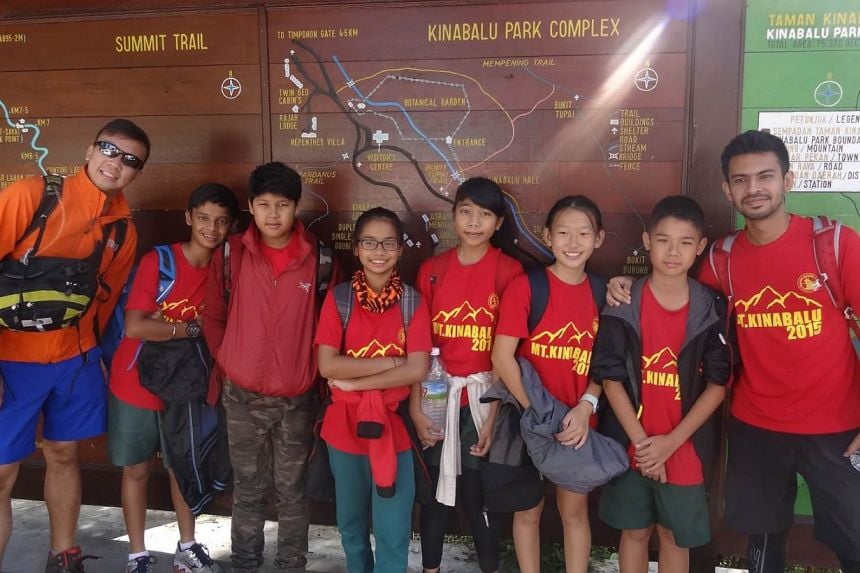 5 students from the group were just 12 years old when the disaster struck.

Redditors pay respect to those who lost their lives

The simple picture of the plaque has since garnered a fair number of comments.

The comment which received the most upvotes was from a user who’s reportedly a classmate of some of the victims.

He also shared about how he moved to another country just months before the incident and how it’s terrifying to think his name could’ve been on the plaque as well.

Another Redditor who claims to have stayed in the same condominium as one of the victims said they got along well and still found it hard to accept the group’s passing.

One Redditor also took the opportunity to urge others to treasure their friends and family for we never know when they’ll leave us for good.

Condolences to the families

Though it has been 6 years since the deadly disaster, it is still tremendously heartbreaking to revisit the incident.

We can only imagine what the families must have felt years ago upon learning about their loved one’s passing.

We hope the plaque serves as a lasting tribute to those who lost their lives that day, as well as a reminder for us to treasure our friends and loved ones.