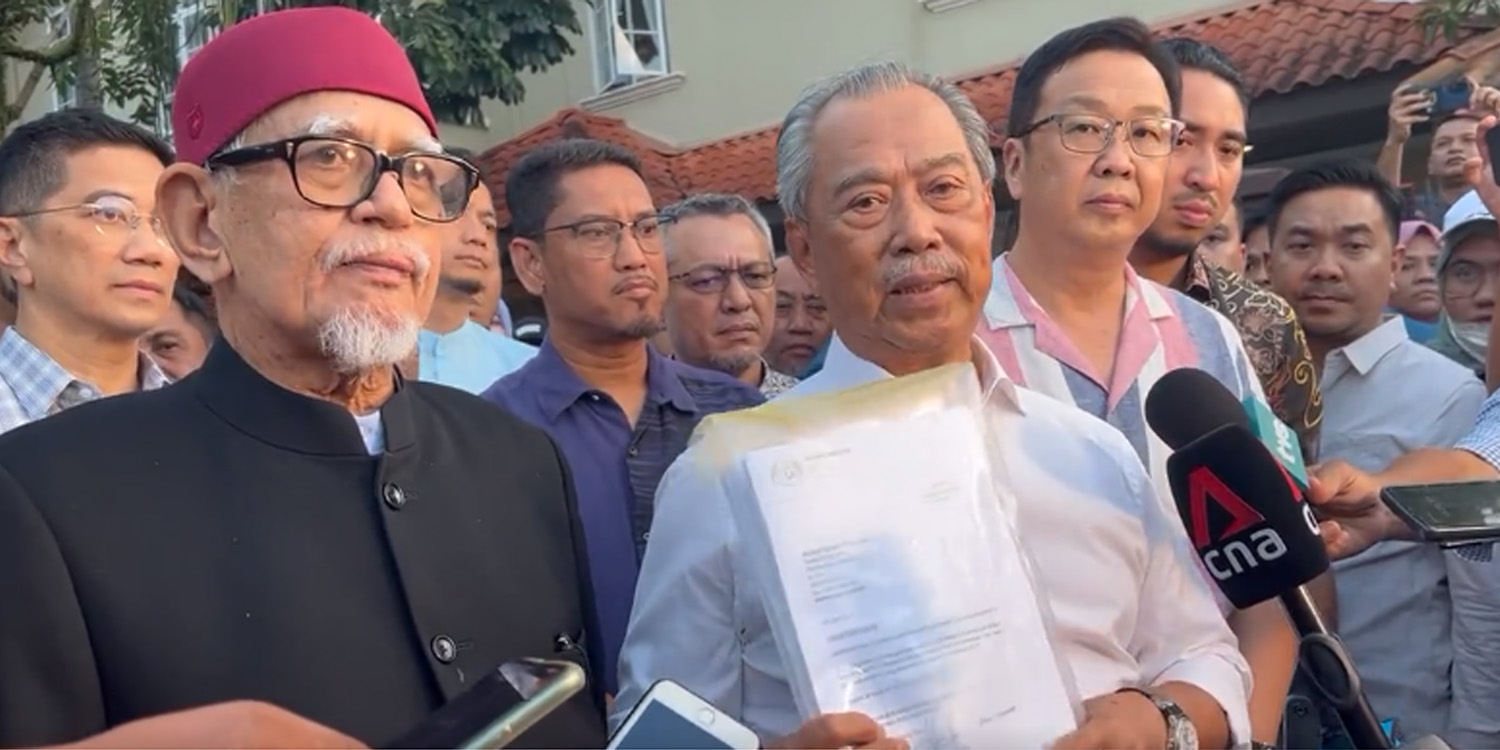 He was told his 115 statutory declarations were not enough to form a government.

Earlier today (22 Nov), it was reported that Malaysia’s king Sultan Abdullah Sultan Ahmad Shah had not made a final decision on who will be the country’s next prime minister (PM).

Mr Muhyiddin also reiterated that he has statutory declarations by 115 MPs announcing their support for him. This was more than the 112 needed to form a new government.

Speaking to reporters after his meeting at the palace, Mr Muhyiddin said the king had suggested PN create a unity government with Mr Anwar’s party, PH.

However, he has rejected the request as it goes against his party’s stance.

“Since the beginning, we already discussed that we will not cooperate with Harapan,” he said.

No matter what the purpose [is], we will not agree to it.

In addition, Mr Muhyiddin confirmed that he had submitted documents of the statutory declarations by 115 MPs as previously announced.

The king had informed him that this was insufficient despite passing the majority of 112 to form a government.

“We were confident that we had enough numbers to form the government,” he said. “However, it is said that our numbers were not enough. I don’t know why, but the proof is all here,” he said, referring to his documents in hand.

Earlier today, Mr Anwar and Mr Muhyiddin met with the king in his palace following a failure to meet a 2pm deadline to secure a simple majority.

Neither of their parties was able to win at least 112 seats during the country’s recent general elections. It will be up to the king to make a final decision.

Reports soon began to emerge that Mr Anwar was to be the nation’s 10th PM.

However, the PH leader proved these false, clarifying that the king has not announced a decision regarding who will be the country’s next PM.