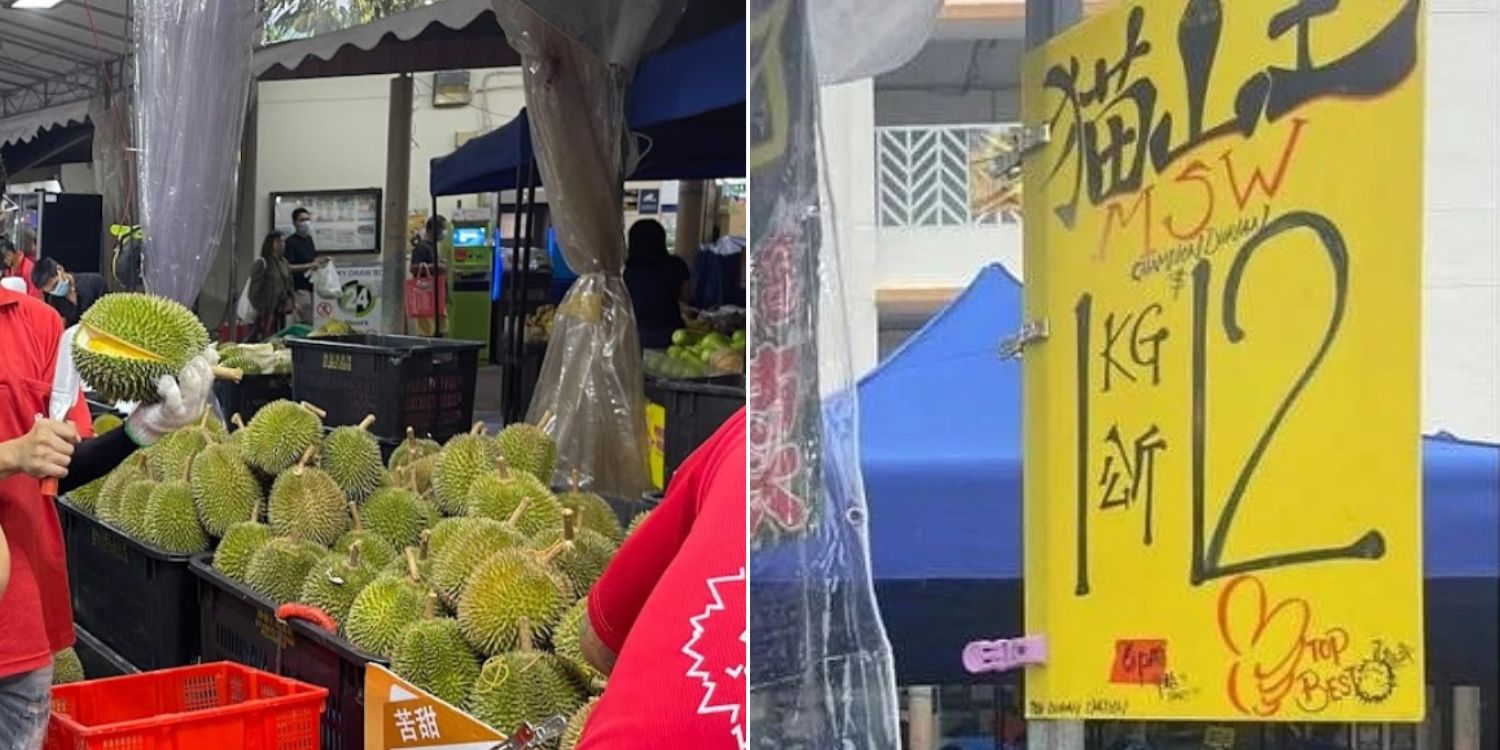 A stall owner said all bigger durian stalls would be selling their Musang King at around this price.

When it comes to durians, it seems prices can be as unpredictable as the weather (in Malaysia).

Just a month ago, durian prices were set to double due to bad weather conditions.

However, they’ve now suddenly plunged, with popular premium-grade Musang King Durians even going for as low as S$12 per kg. 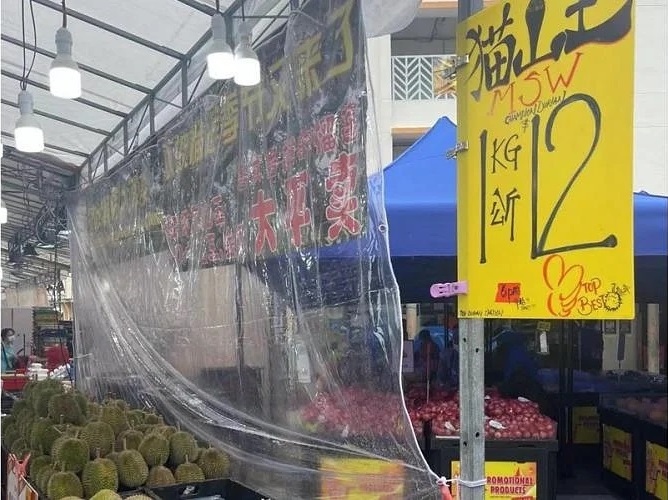 This is due to Malaysia’s production increasing by as much as 30%.

Durian season is well and truly here, judging from the influx of durians from Malaysia.

In response to the recent bumper harvest, many local durian stalls have greatly reduced their prices, reported Lianhe Zaobao. 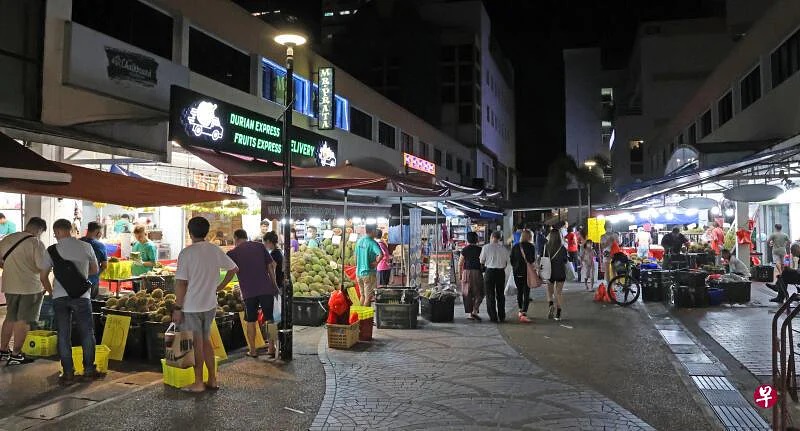 In particular, the price of Musang King, one of Singaporeans’ favourite varieties, has gone down to just S$12 per kg. At least two stalls were found to be offering this sweet bargain.

One of them is Top Durian Station (鼎峰榴梿站) at Block 156 Bukit Batok Street 11. 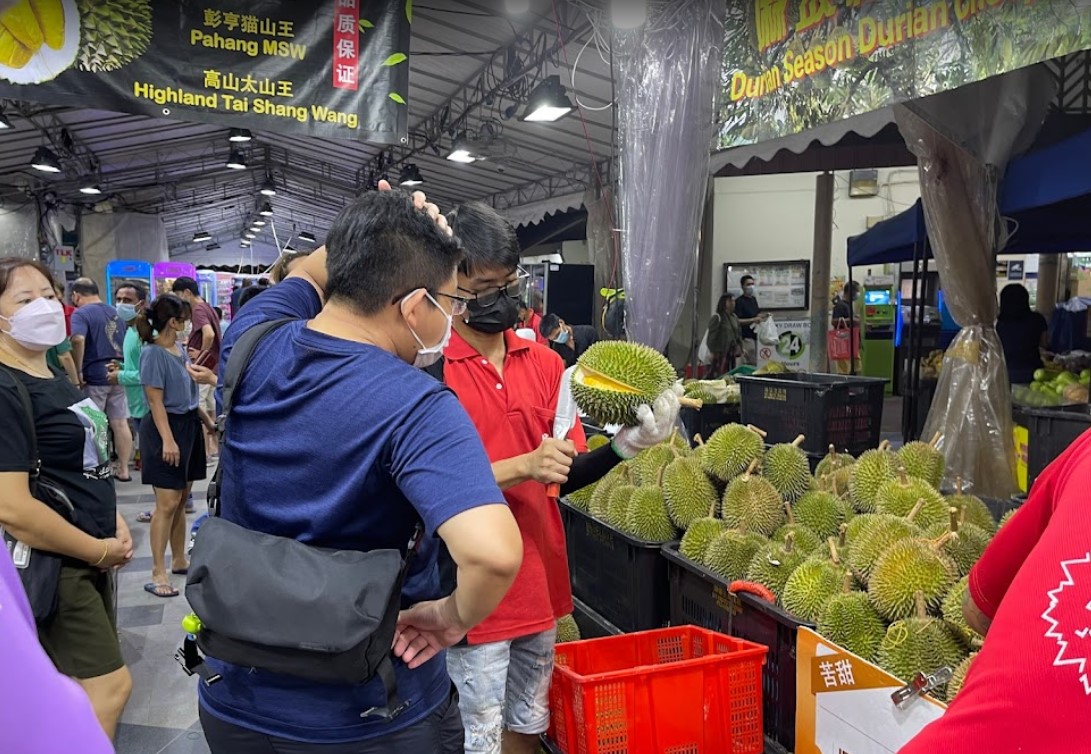 As of Monday (20 Jun), they were selling Musang King durians at S$12 per kg, according to Zaobao.

28-year-old boss Cai Mingyou told the paper that they can sell them at a lower price locally as they have a wholesale contract with Malaysian durian farmers.

Over at Bishan, business is also booming at the well-known Wang Sheng Li 95 stall in Block 513 Bishan Street 13 — right next to the bus interchange.

They’re also selling Musang King at S$12/kg, and on Sunday (19 Jun), they even upped the ante.

They started a “buy-five-get-one-free promo” for the popular durians. Those who bought 10 would’ve gotten three free. Owner Chen Ruixiang, 36, told Zaobao that all bigger durian stalls would be selling their Musang King at around this price, so it’s a good time to buy.

Durian lovers might remember this Bishan stall for the huge crowd that gathered during last year’s durian season due to their S$5 per kg Musang King promotion.

They even had to give away durians to people to avoid falling afoul of safe distancing regulations.

True enough, on Monday (20 Jun), the stall offered Musang King at S$12 per kg again, according to their Facebook post.

Later that night, they started offering a jaw-dropping price of S$2 for one Red Prawn Musang King durian.

The promotion was first-come-first-served from 11pm. Unsurprisingly, this again led to a long queue of people, undeterred by the late hour on a weekday night. 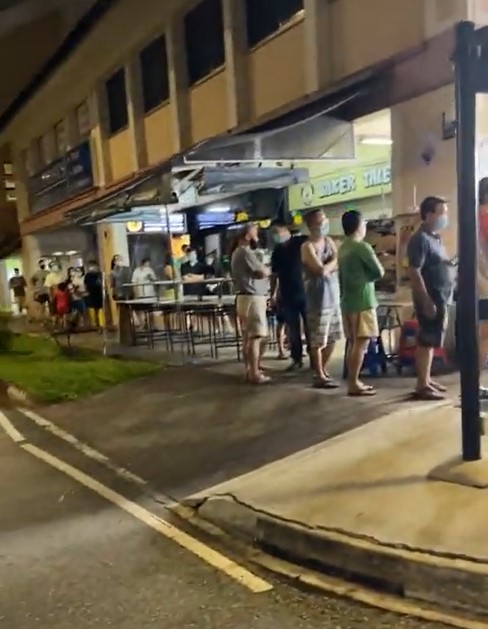 Malaysia’s durian production up by 30%

What’s behind the sudden glut of durians, though?

Mr Zheng Weiming, 34, owner of The Durian Story at Block 151 Serangoon North Avenue 1, told Zaobao that the production of durians from Malaysia has gone up by 30%.

This has led directly to the significant drop in prices across the board.

70-year-old Mr Huang, owner of another durian stall in Toa Payoh, said his supply from Pahang was expected to arrive in Jul.

However, some of the fruits ripened in Jun due to the weather. 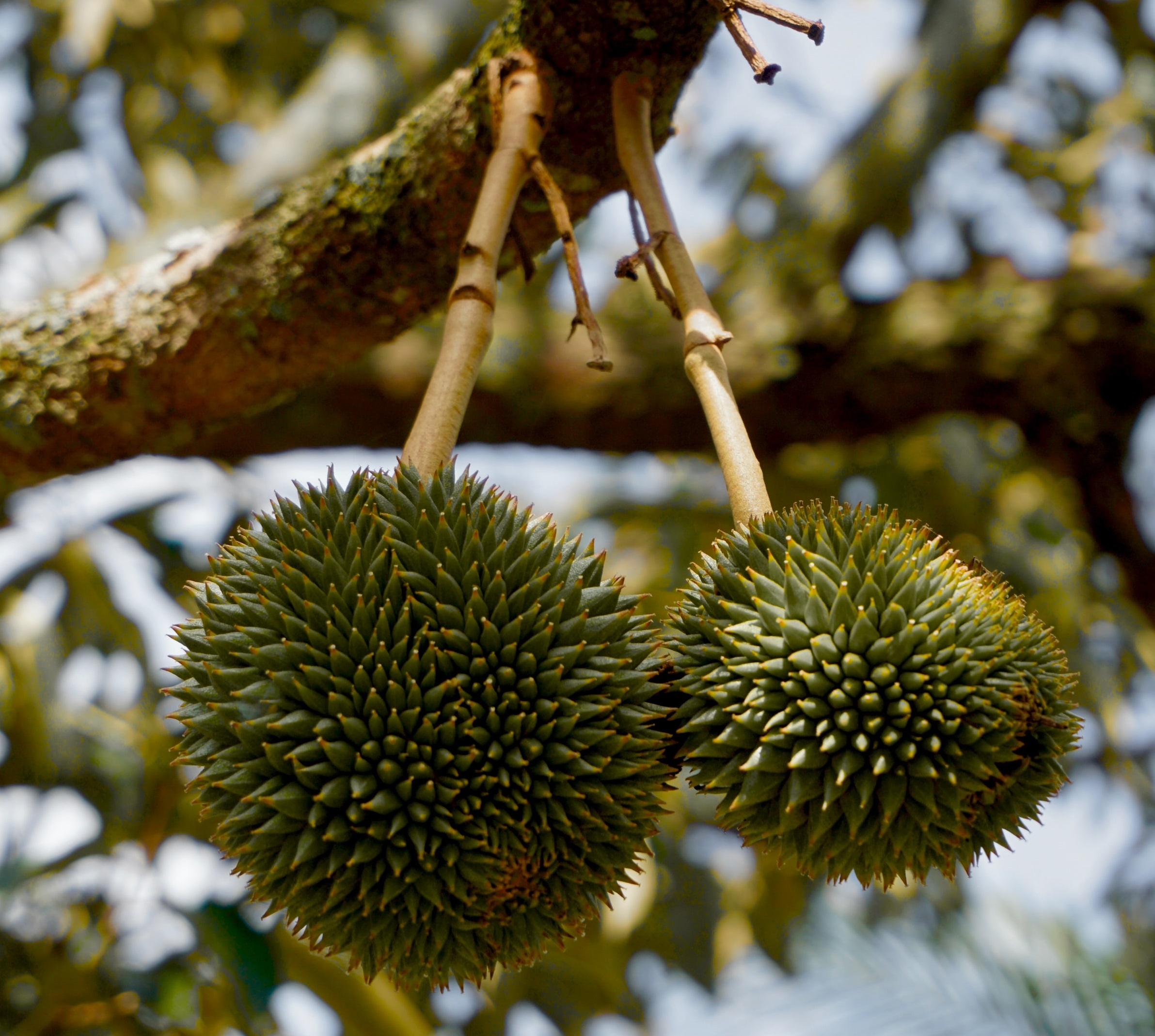 He explained that the recent surge in supply is due to the combined availability of durians from Johor and Pahang.

Mr Wang Yaolin, 58, owner of 227 Katong Durian, told the paper that it didn’t look promising three weeks ago in Johor when there was a lot of rain.

That’s because the wet weather caused the fruits to be stuck on the trees.

However, the weather got hotter in the past two weeks, and the durians started dropping.

This wasn’t the case just last month, when it was reported that durian prices would go up by 100% and even frozen durians would cost 40% more.

The hike was attributed to the rainy weather in Malaysia, causing some states to record a drop of 50% in output.

Musang King durian prices were also set to increase to as much as S$30 per kg.

Thus, the unexpected bumper harvest has caused a complete reversal in our durian fortunes. 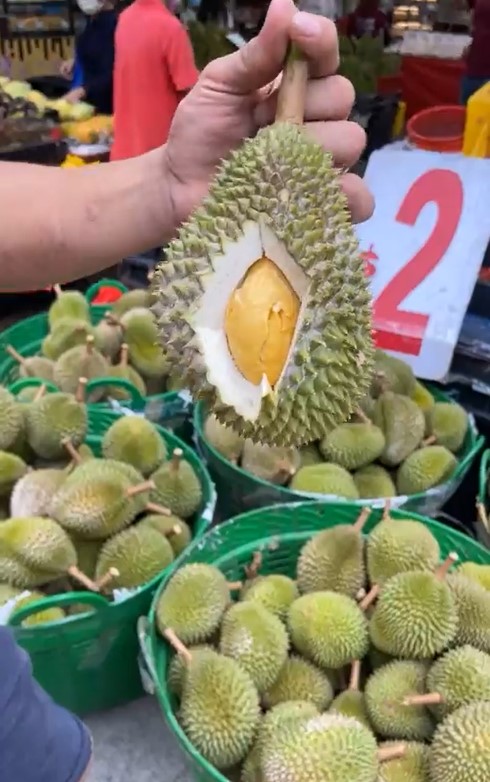 The abundance of durians has even led one stall in Choa Chu Kang to give durians to the elderly for free.

Each senior was limited to two durians, including the D13, D101 and D1 varieties. Stall owner Su Lifa told Zaobao that durian production has been good lately, so he wanted to take the chance to give back to his old customers.

It’s the first time he’s done something like this in his five to six years of business.

When a Zaobao reporter visited the stand on Sunday (19 Jun), there was already a queue of about 70 people before the durians were rolled out at 2pm.

Within 20 minutes, the durians had all been given away.

Enjoy durian season to the fullest

The bountiful supply of durians from Malaysia came abruptly indeed.

It can only be good news for sellers and customers alike, though.

That’s because we can now feast with family and friends without breaking the bank.

As we enjoy the durian season to the fullest this year, let’s thank the weather gods in Malaysia for bringing out the hot weather just in time.