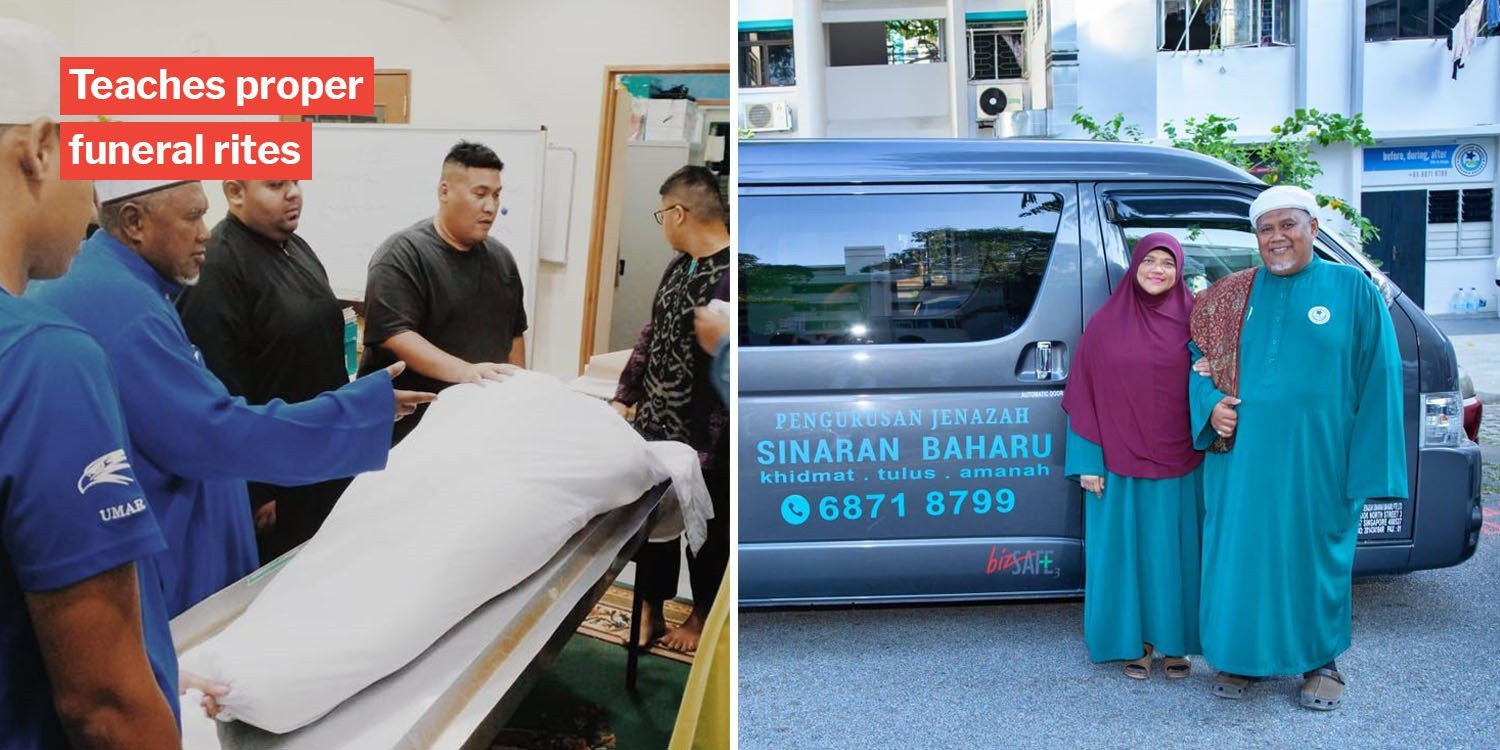 Death is a sensitive topic for many, as the notions of grief and loss are often too heavy for us to bear.

But for Muslim funeral director Haji Roslan, death is his source of income. More than that, he sees it as his calling to ease the journey for others and remind the living of the importance of proper burial rites.

Haji Roslan shared his story in a viral video by Our Grandfather Story (OGS) that has garnered over 1,300 shares since its premiere on 9 Dec.

Started business with his wife 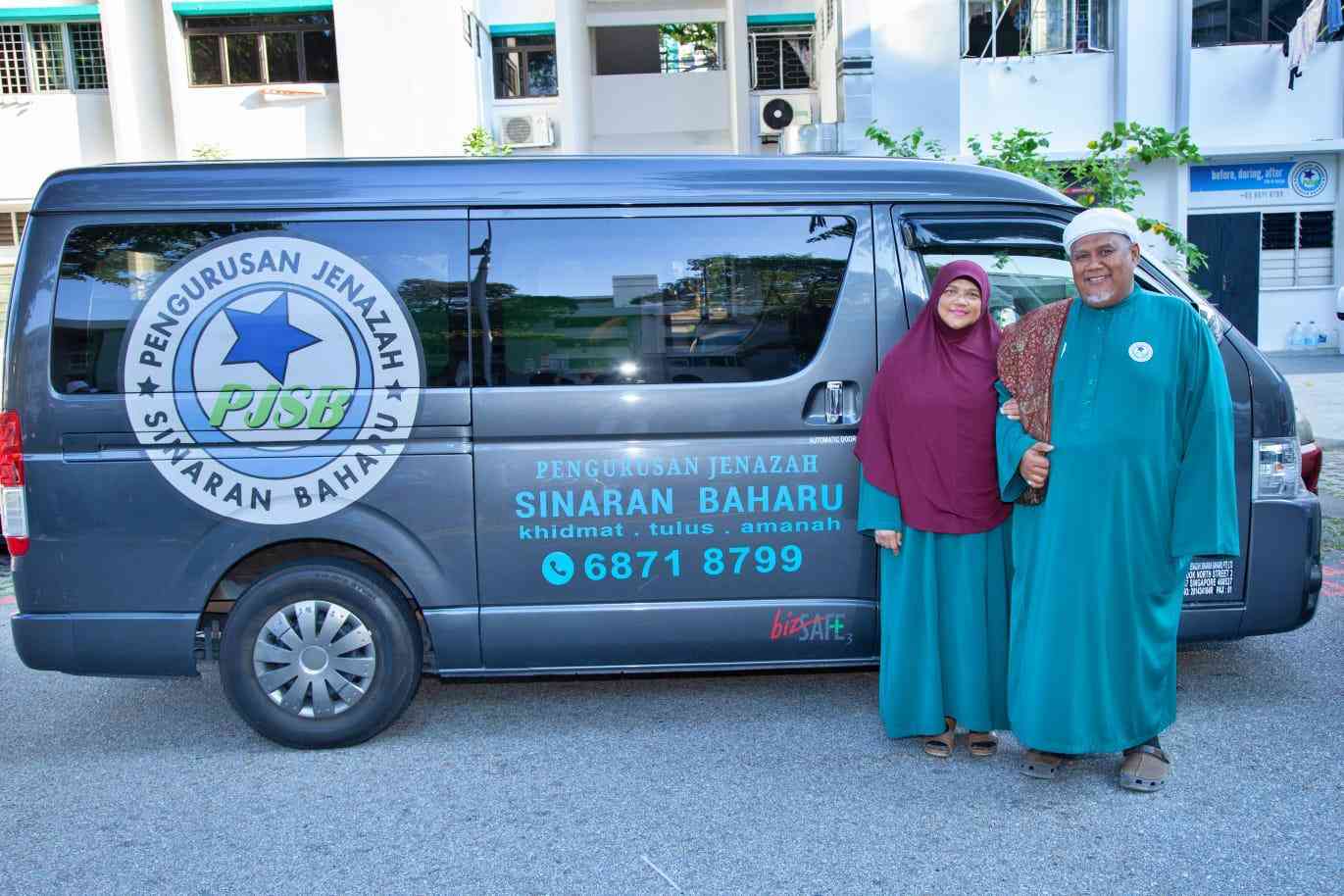 When they started out, he had doubts about PJSB’s longevity as they relied heavily on a steady stream of deaths for an income.

Speaking to OGS, he affably describes how they would wait for calls from people who had lost a loved one:

People are praying to have a long life but we are always expecting people to die.

He laughs and apologises for the brutal honesty, but admits that that’s the reality of their job. Even so, he knew they could do more, and hence started conducting funeral rites classes to those who are keen to learn. 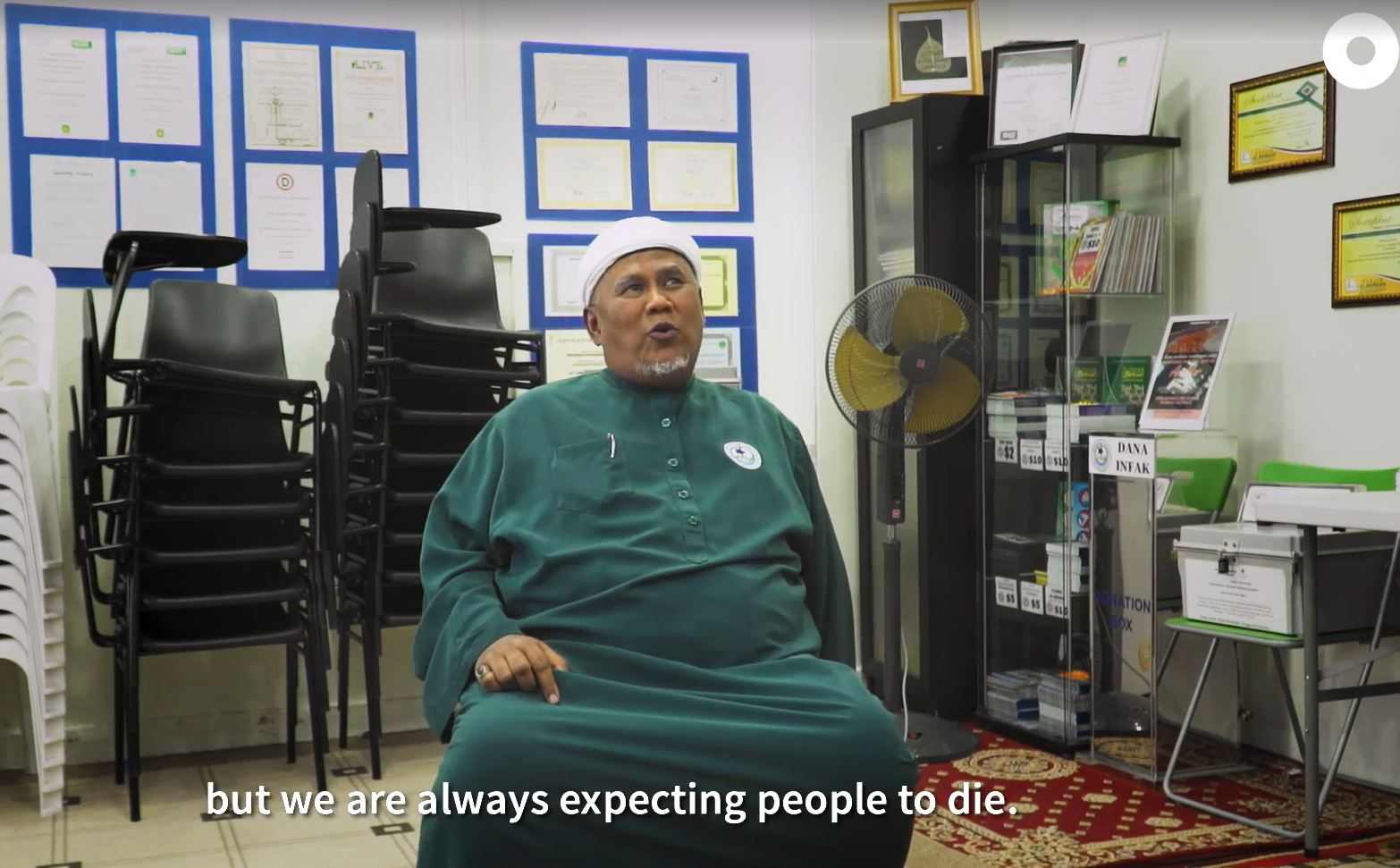 Since they launched the programme, PJSB has received continued interest from members of the public who want to equip themselves with the necessary skills and knowledge. 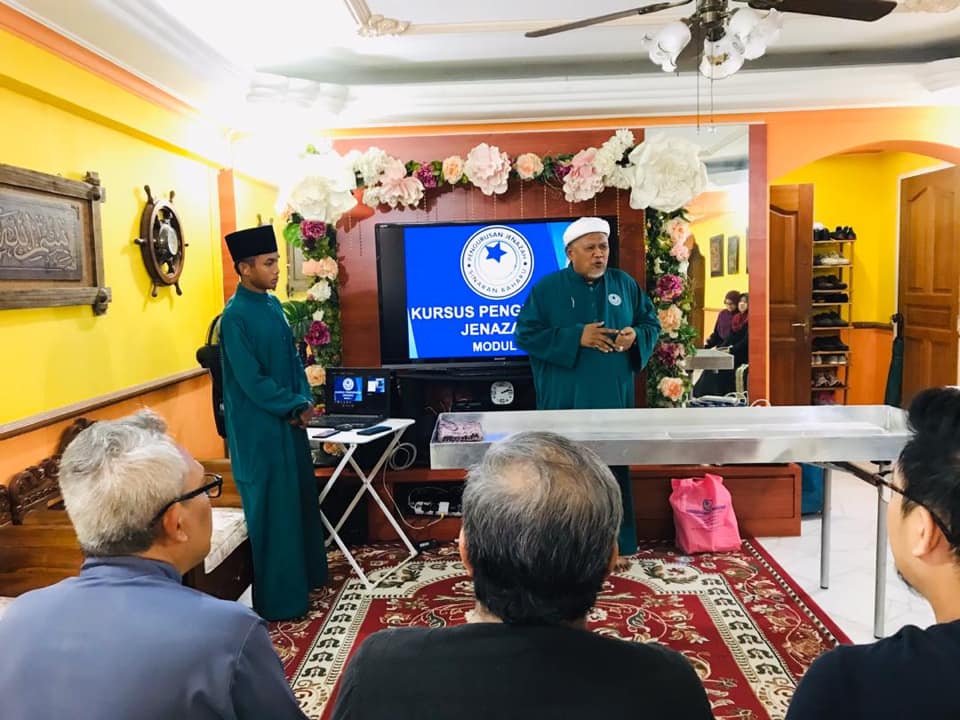 They even conduct the classes in people’s homes upon invitation, for greater convenience.

More than just funeral classes, PJSB also provides a range of other classes and services, weighing on their regard for the “Before, During, After” stages of a Muslim’s lifetime.

Explaining how he had entered the trade, Haji Roslan touched on the importance of proper funeral rites for the deceased.

To him, sending the dead off is the responsibility of the living, and every step of the process matters. 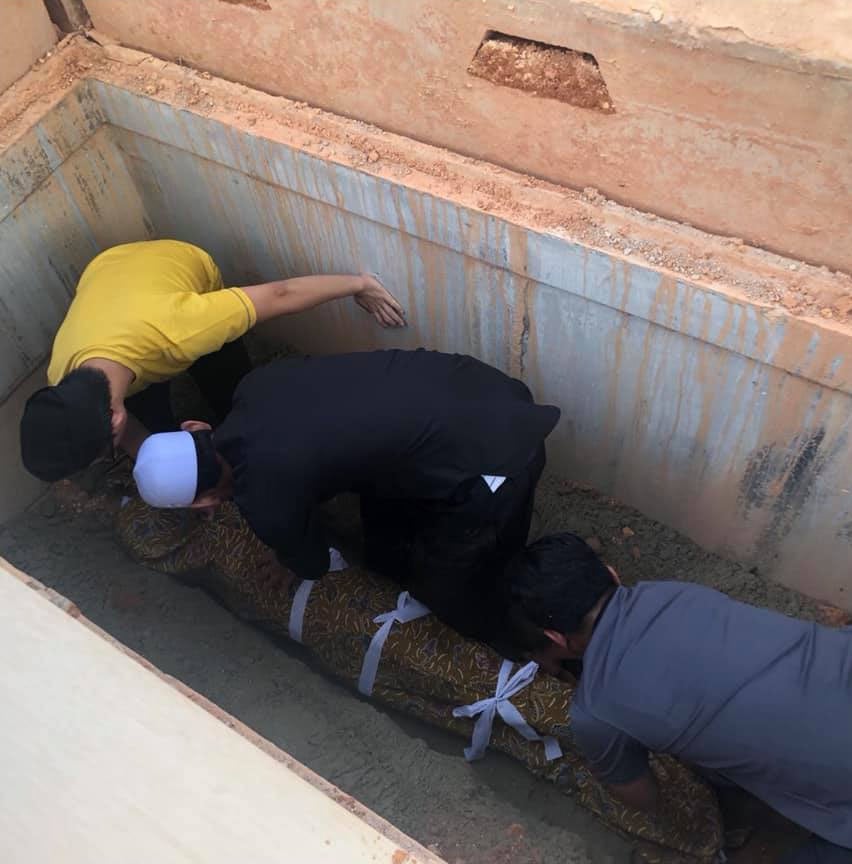 The beginning stage of showering the body is especially meaningful as it’s the final physical contact we have with our loved ones before their bodies are buried in the earth.

Haji Roslan gave the example of our parents, to whom many of us owe our upbringing:

It’s our responsibility to shower them, to shroud them. The showering process is your last touch, and this is how we should repay our parents for everything they’ve done.

This very sentiment drove him to learn about funeral rites in the first place, which had pleased his mother who prayed that her children would clean her body and pray for her upon her passing. 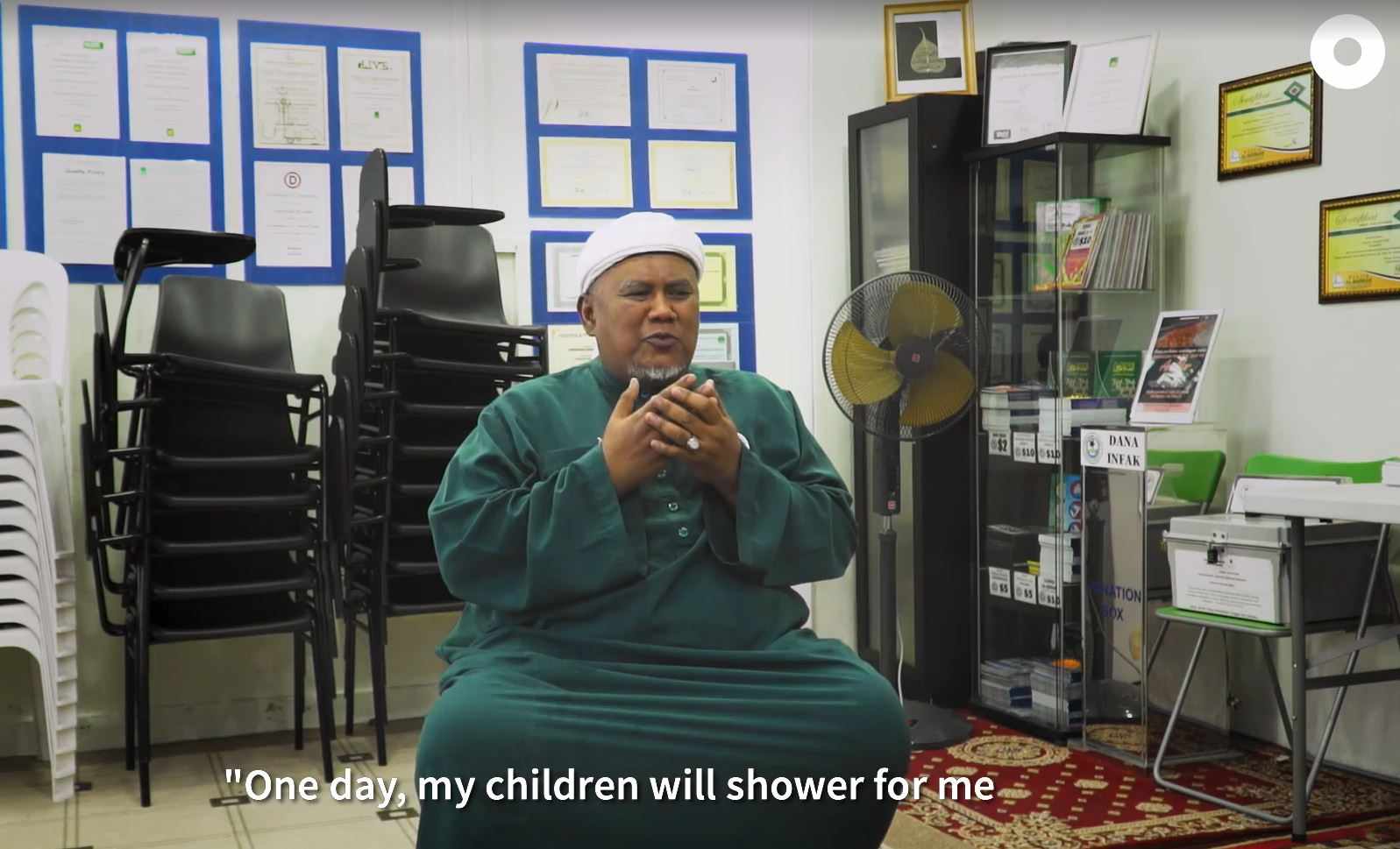 That he is now doing that for strangers would’ve probably made his mother even prouder.

Prays the best for the deceased

In the OGS documentary, Haji Roslan mentions examples of “good” and “bad” signs of death which may indicate the nature of the life lived by the deceased.

While some people may have the inclination to make their own judgements, Haji Roslan avoids doing so. His choice stems not only from being an Imam or religious leader, but from the basic respect of not assuming the worst of anyone.

Whether he died in a good way or bad way, even though he commit suicide, we as Muslim brothers, we always pray the best for him. Because punishment is all from God, not us.

At the end of the day, if one believes in a higher power, any sort of blessing or retribution will come from that and not from us humans, so there’s no point in holding grudges.