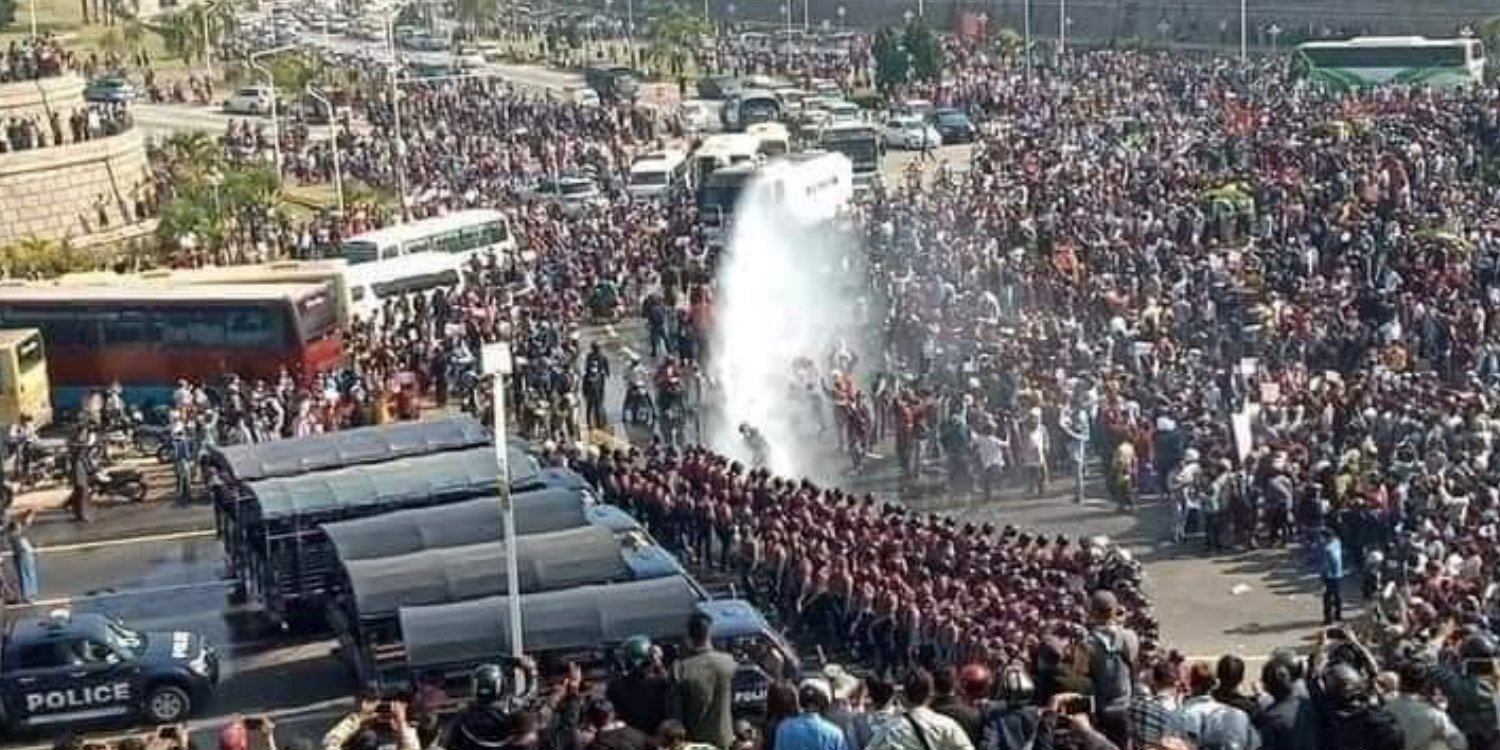 After seizing power in a coup against the government, the Myanmar military blocked public access to social media platforms such as Facebook.

As a result, massive protests erupted nationwide since last Saturday (6 Feb), and kept growing in numbers over the weekend. The protests have largely remained peaceful.

However, earlier today (8 Feb), the police allegedly deployed water cannons against crowds in the capital Naypyitaw, knocking some to the ground.

Protests swept across Myanmar over the weekend

Triggered by the military coup and the arrest of democratic leader Aung San Suu Kyi, tens of thousands took to the streets in Myanmar to protest.

According to Channel NewsAsia (CNA), the country saw its largest protests to date last weekend (6-7 Feb). 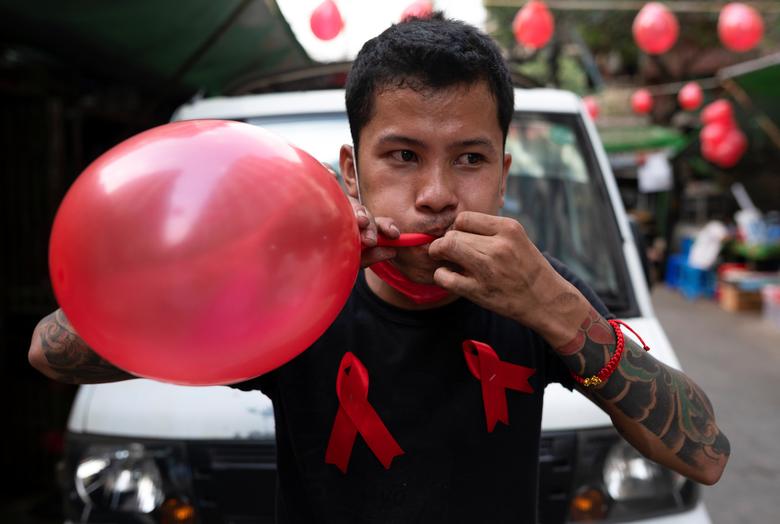 The protesters demanded democracy and denounced dictatorship and the unlawful coup.

However, things seemed to have turned downhill as protesters carried on the massive outcry.

3 days into protests of increasing scale, the police reportedly fired water cannon on protesters to disperse the crowds, according to TODAY Online. 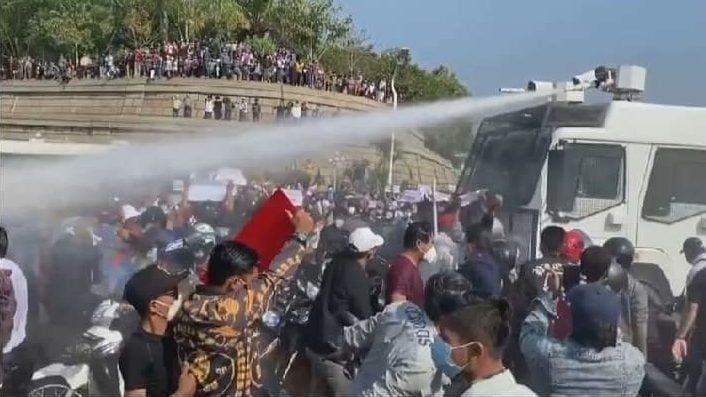 This took place in the capital city Naypyitaw. Police deployed the water cannon in “brief bursts”, targeting crowds of thousands. 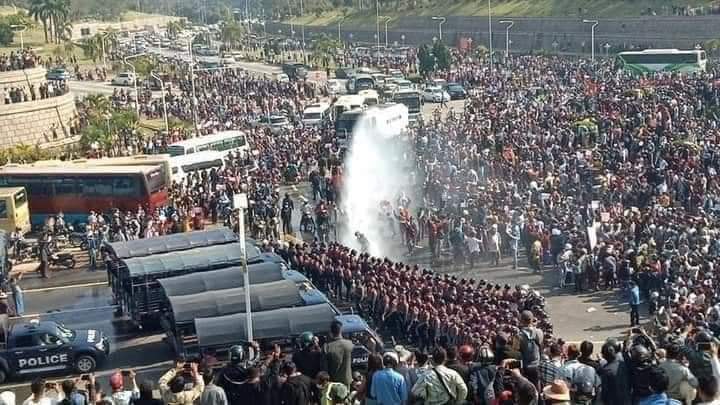 Some protesters having reportedly been hurt after being knocked down to the ground, as videos circulating on social media have shown.

The police have, however, stopped using the water cannon after protesters pleaded them against it, reports CNA.

Events leading up to protests

Myanmar is currently controlled by Gen. Min Aung Hlaing. His military blocked public access to social media platforms, Internet and electricity over the period of 4-7 Feb.

You can refer to the infographic below for a brief overview of last week’s developments. 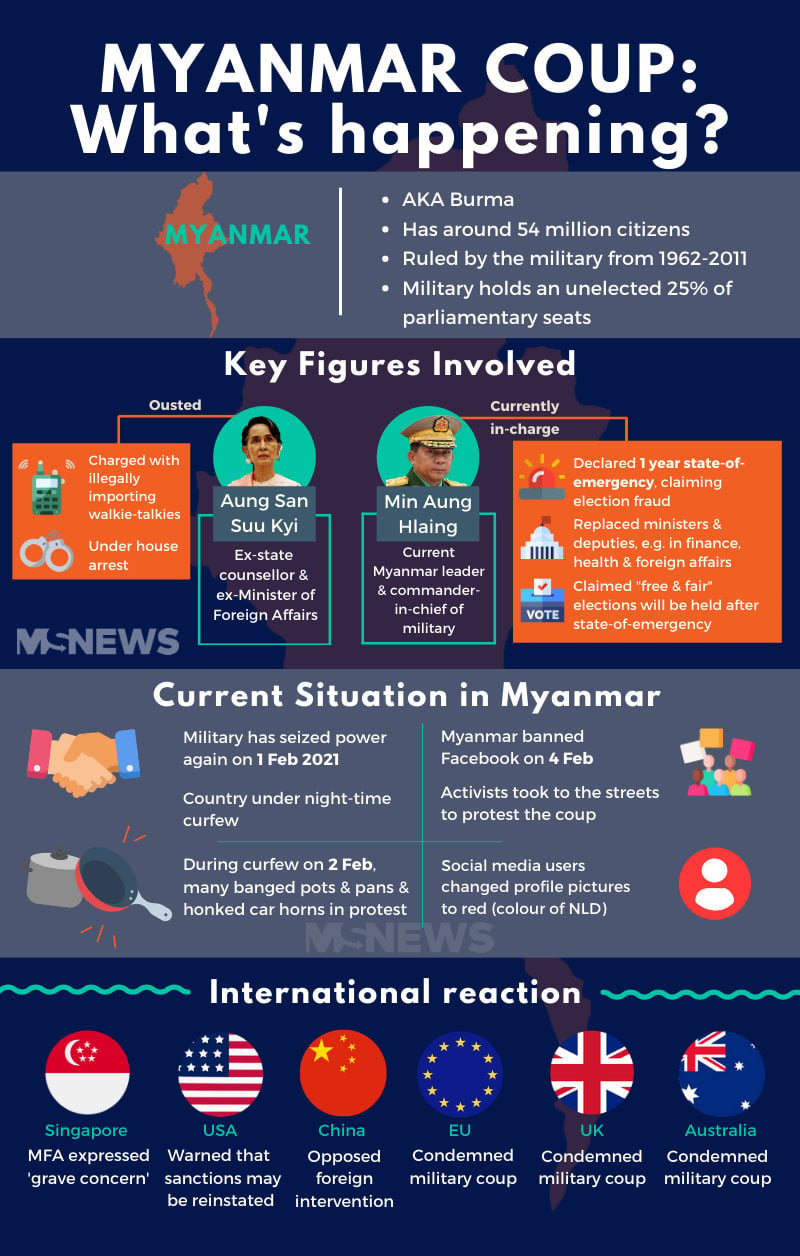 Hope no more protesters will be hurt in the process

As public sentiments against the coup grow stronger, there is a possibility of the situation escalating with potential clashes.

We remain concerned over Myanmar’s situation and protesters’ safety, and hope the conflict can be resolved in peaceful ways.