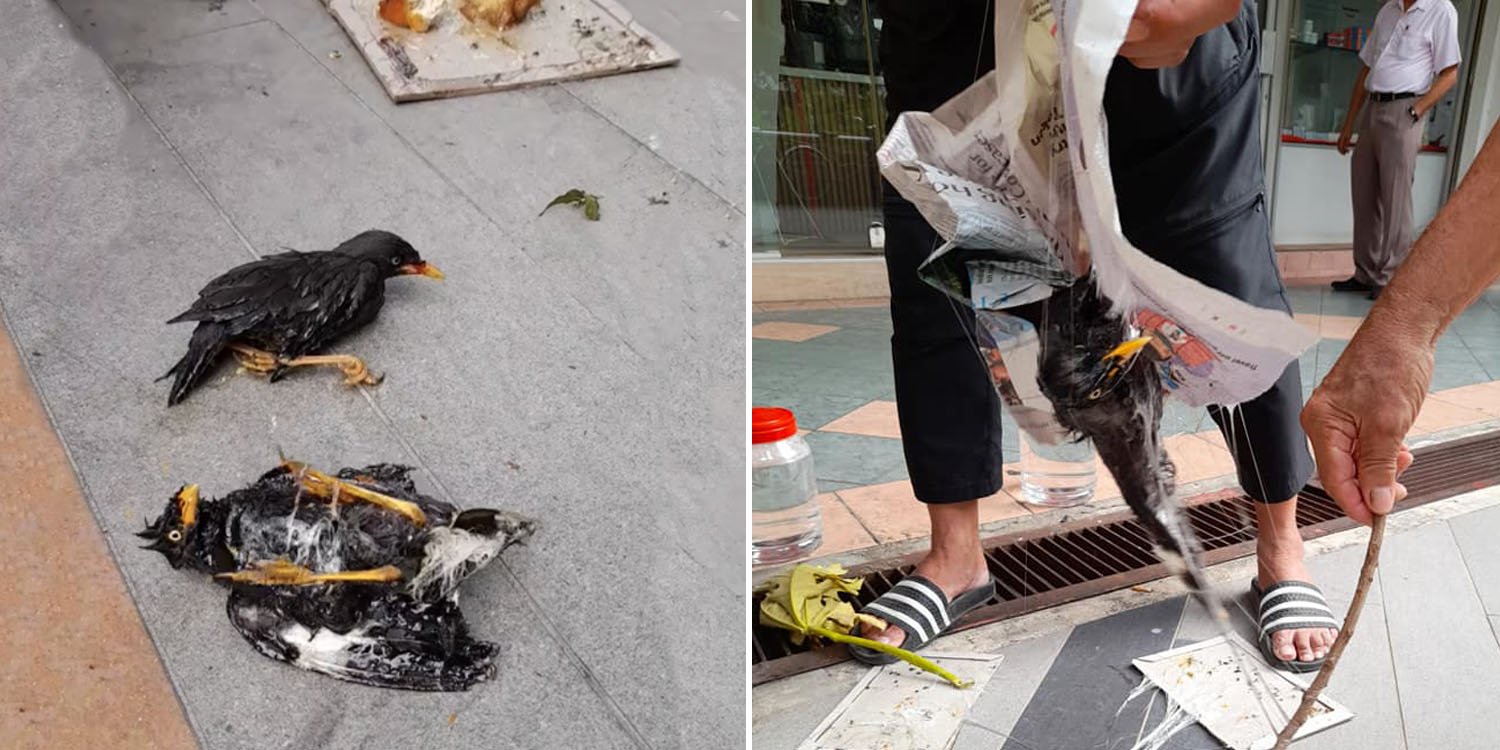 The mynahs were bleeding with visible patches of raw skin.

Walking around Singapore, you’re bound to catch sight of the common mynah. They love flocking to places that will lead them to food, which may cause people to view them as pest-like creatures.

Some have even resorted to cruel and inappropriate measures to deal with their presence.

On Thursday (6 May), a man shared on Facebook that he saw mynahs stuck on glue traps at Bedok North outside some shops. 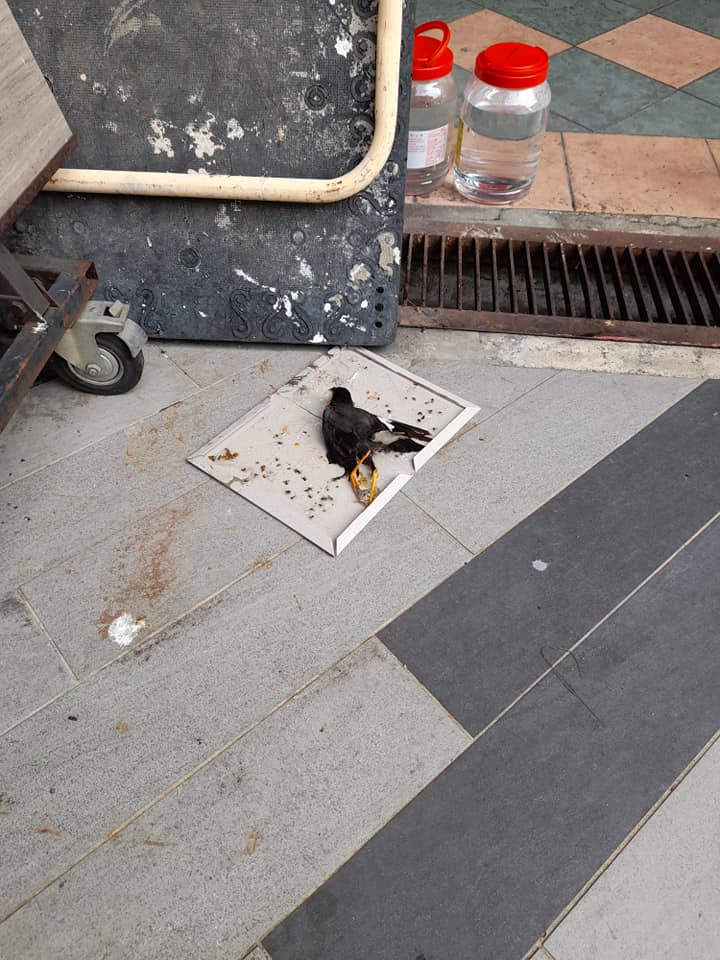 The Animal and Veterinary Service (AVS) has been alerted, and they’re currently looking into the case.

The man was at Block 539 Bedok North Street 3 when he chanced upon the shocking sight of mynahs stuck on glue traps.

According to the photos he shared, he and a few others then used newspapers and tried to help the poor birds get out of the trap. 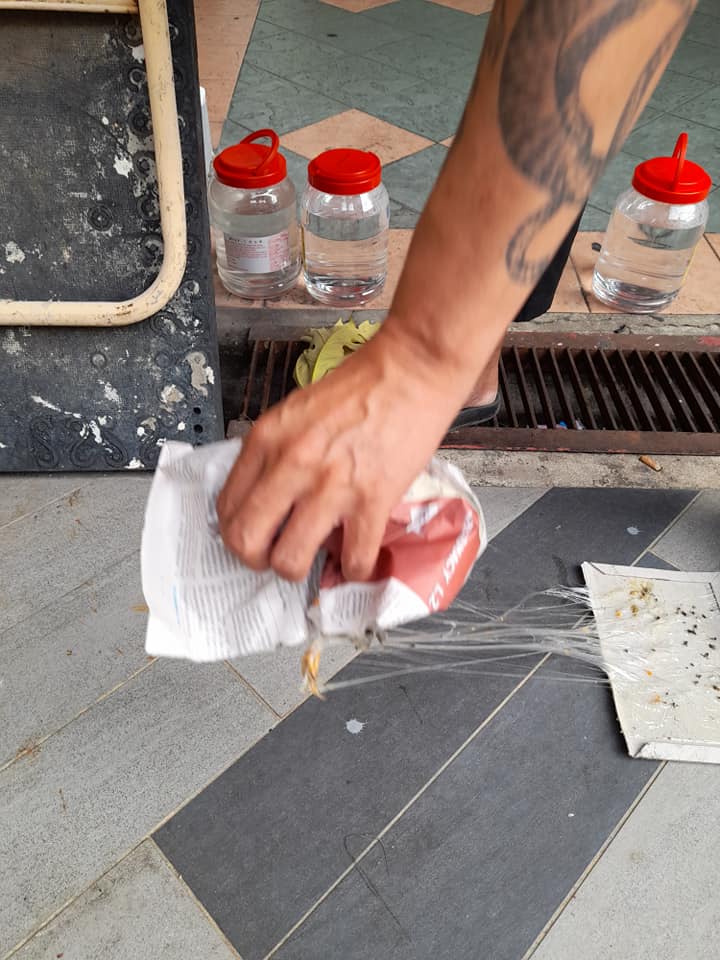 It was a huge struggle due to the strength of the glue that stuck onto the mynahs. After picking on the strings of glue, they eventually managed to free the birds. Mynahs were bleeding & had patches of raw skin

However, that did not stop the mynahs’ sufferings. We can see that both birds have feathers thickly matted with glue from the pictures. 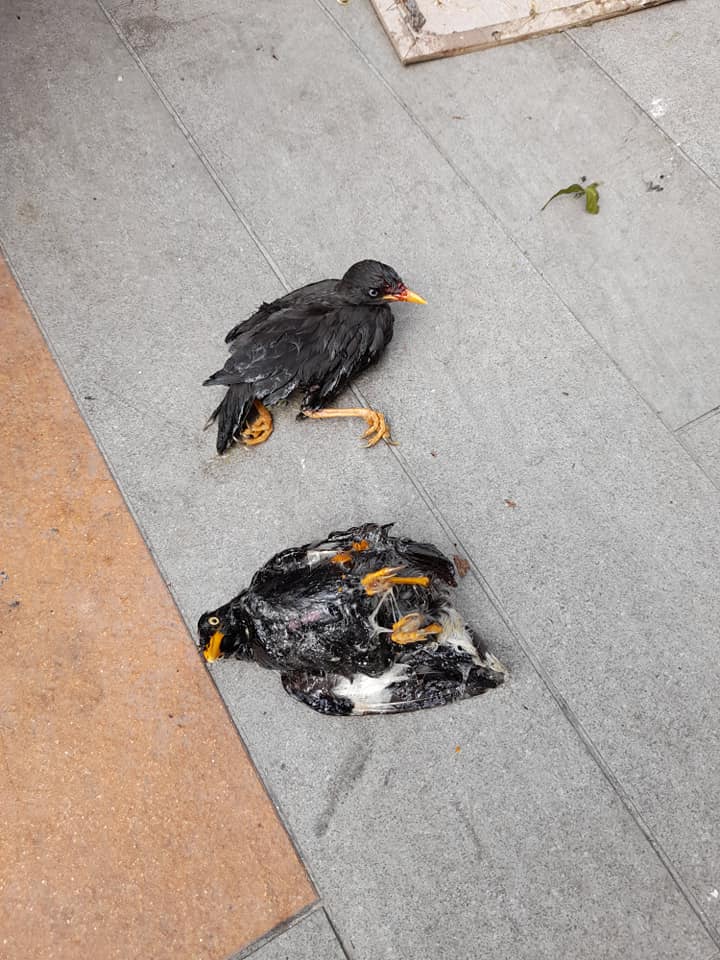 One of the mynahs was even bleeding from a head wound as it lay on the ground, unmoving.

When the man went closer to it, it chirped loudly as if in fear. 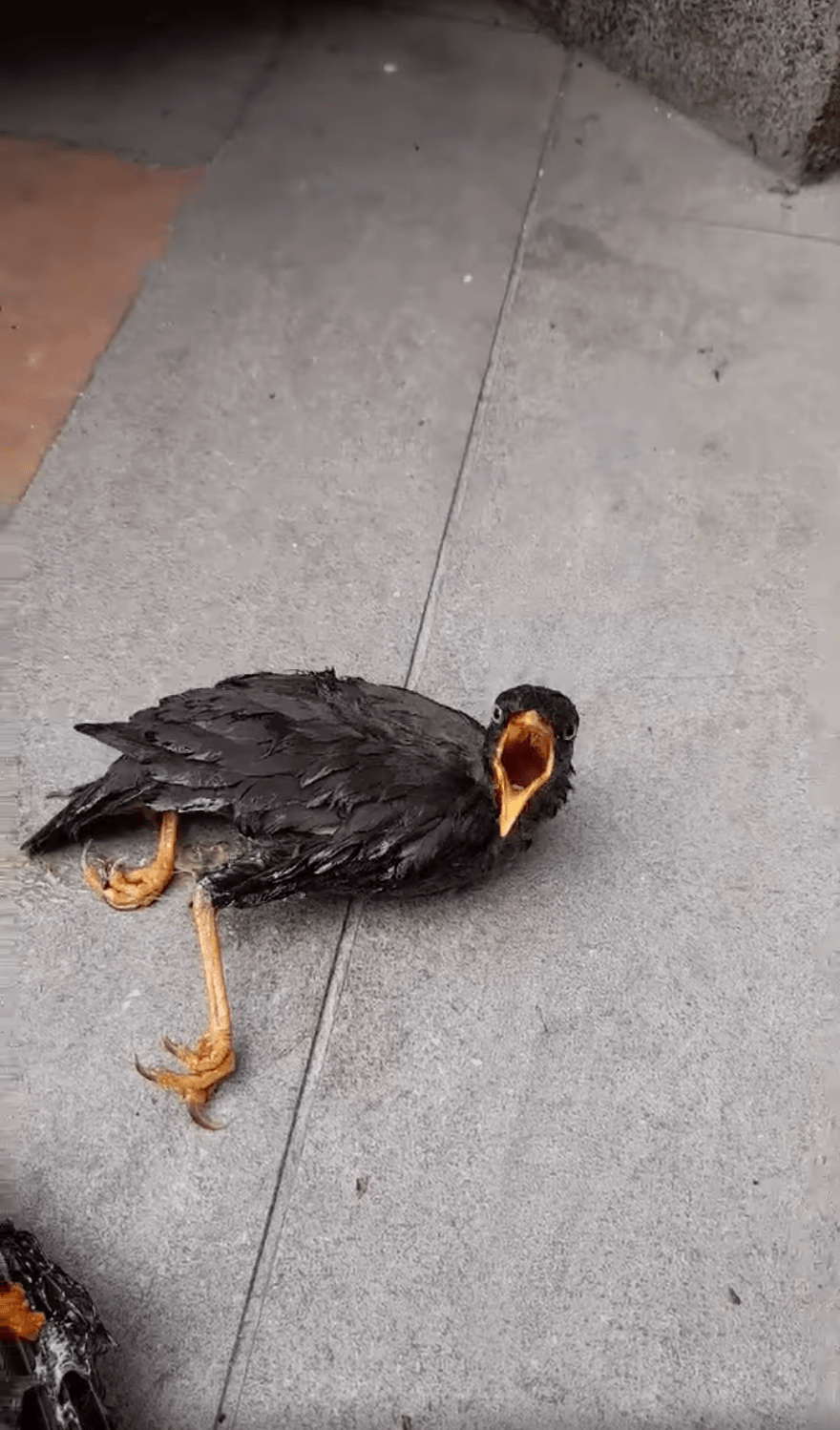 The other appeared shellshocked. Patches of raw skin can be seen where the glue had pulled it out.

Plus, with the glue still stuck all over it, it struggled even to move as it tried to free itself.

Behind the poor birds, there seems to be a glue trap with bread on it.

2 other glue traps were also lying nearby. 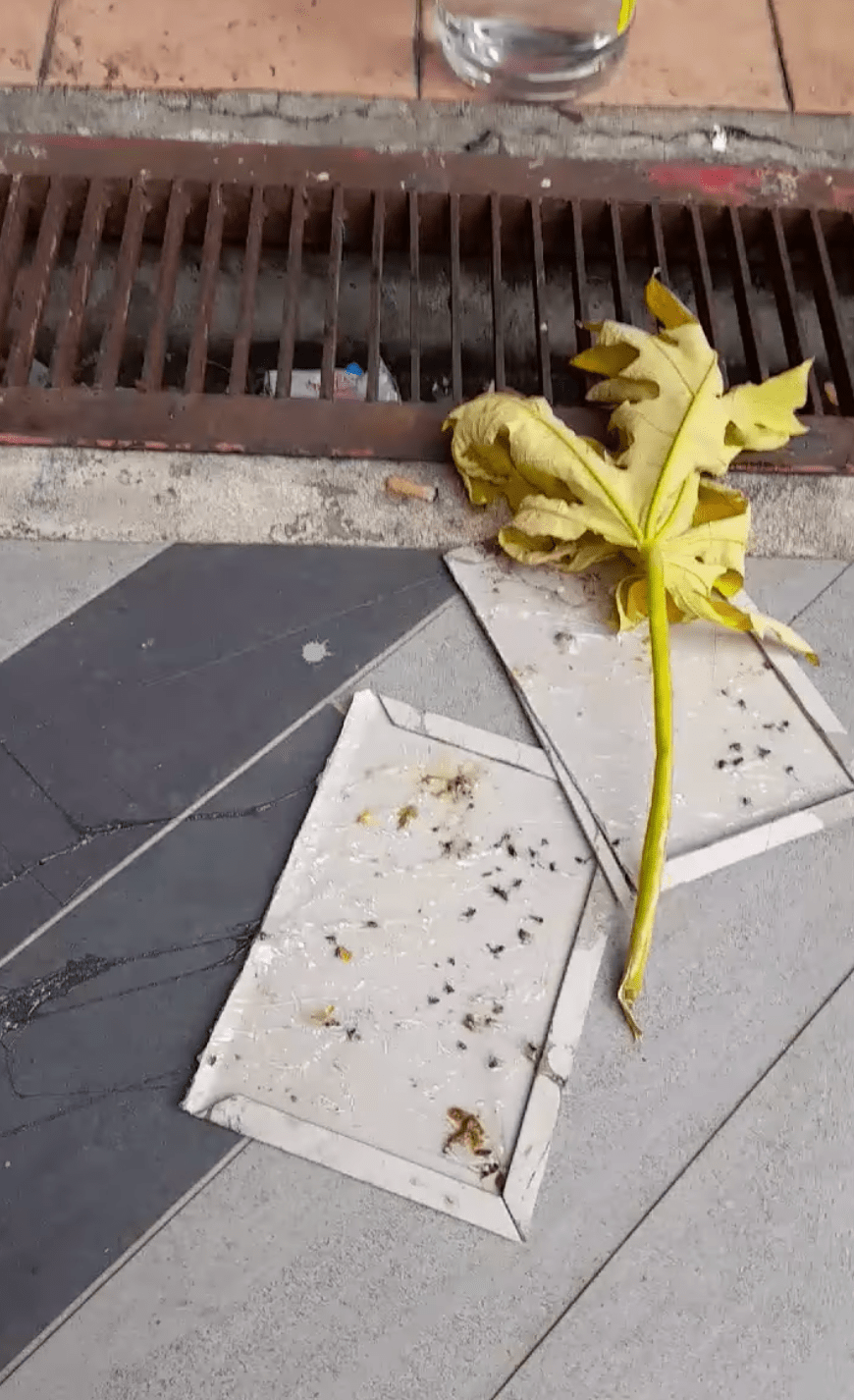 The Facebook post has already been shared over 1,000 times at the time of writing. It has also garnered countless comments from netizens, many condemning the cruel act.

Responding to MS News‘ queries, AVS group director Ms Jessica Kwok said they have been alerted to the incident.

The group is concerned to learn of the case where birds are seen to be stuck on glue traps at Bedok North Street 3.

She confirmed that AVS is looking into the case.

Regardless of which creature the glue traps were intended for, this incident shows how cruel and dangerous such contraptions are towards small creatures.

This is also not the first time such incidents have happened, and there have previously been calls to stop the use of glue traps altogether.

We hope residents can reconsider other options when dealing with pests, and refrain from using glue traps in the open, especially when smaller creatures like birds and kittens wander about the vicinity.