National Stadium Will Face A Zombie Invasion In Oct, Like Train To Busan But With Nerf Guns 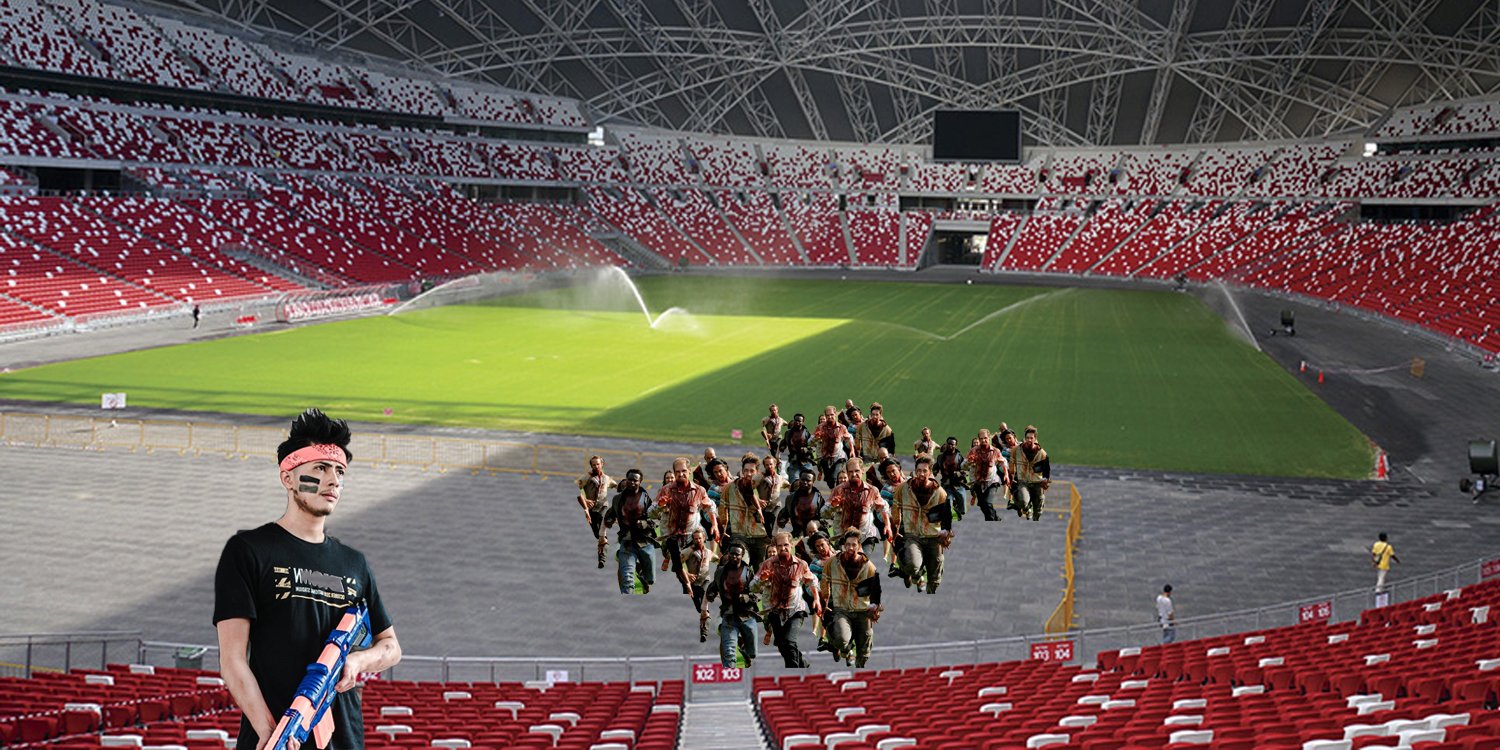 Will you survive a zombie-infested Singapore?

Fend Off Zombies At National Stadium On 26 Oct

Ever watched one of those zombie shows and thought to yourself that you could do way better than the characters?

On 26 Oct, you’ll have a chance to prove yourself. Zedtown, in collaboration with Singapore Sports Hub and TEG Life Touring in a live-action, zombie-infested, nerf-gun-laden war game. 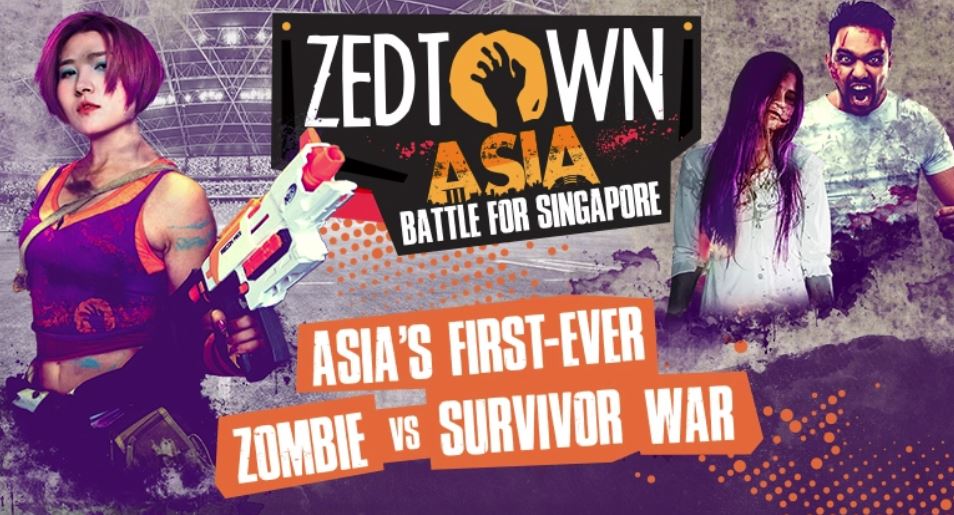 Zedtown Asia: Battle of Singapore will be Asia’s first-ever instalment of the hair-raising Survivor vs Zombie live-action experience.

Singapore will be in a “State of Emergency”

This edition will put Singapore under a “State of Emergency”. Zombies are rampant and apparently attracted, not to flesh as they are in movies, but the thick odour of durian. Of course, it had to be durian — the fascination of Singaporeans and foreigners.

For the zombies, this is zombie-heaven
Source

Now, all isn’t lost. There are still pockets of humanity left.

Of those pockets, the wealthiest have barricaded themselves in a condominium, the location of which is not disclosed. You must be thinking — who would have thought that a city run over by zombies could permit the hierarchical organisation of material and money?

An “enigmatic leader”, Count Mah Nee, heads the affluent group. This is very certainly a pun on the phrase “counting money”. Count, contrary to what his name suggests, does not actually spend every waking hour counting cash. Instead, his attention is given to more pressing needs, such as the continued survival of those in his lavish condominium. As for ammunition, participants, or should we say survivors, will be armed with every teenager’s favourite weapon — a Nerf gun. You won’t have to worry about friendly fire because those rubber bullets won’t put a dent in anyone’s belly, but it will obliterate a Zedtown zombie.

The apocalypse happening on 26 Oct will play out once in the day (12pm) and another at night (6pm).

Tickets are already on sale. The prices are as follows,

You may purchase your tickets from various channels such as:

Remember, there are limited slots for who gets to go into the lavish condominium of post-apocalyptic Singapore. So, if you’re dead keen on killing zombies with high-velocity rubber bullets, better save the ticket sales date. 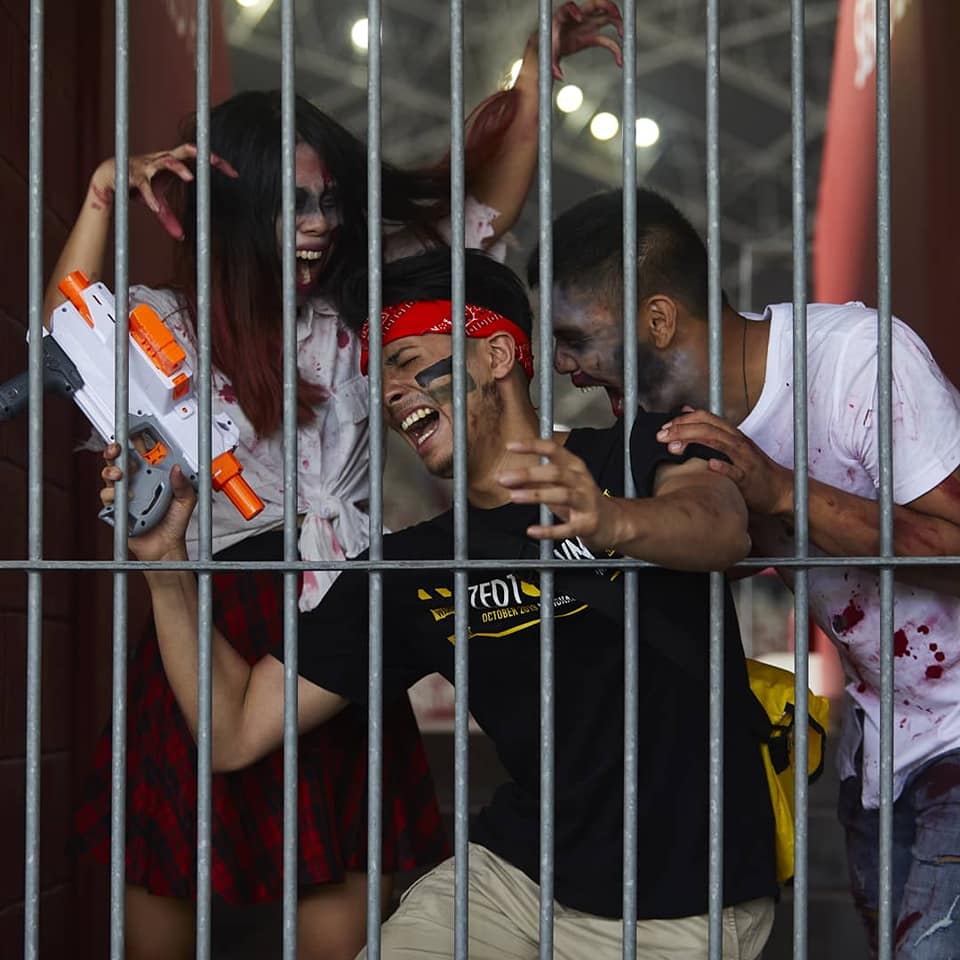 Only one thing left to do — gather your mates and have them join you in this once-in-a-lifetime zombie apocalypse survivor war.