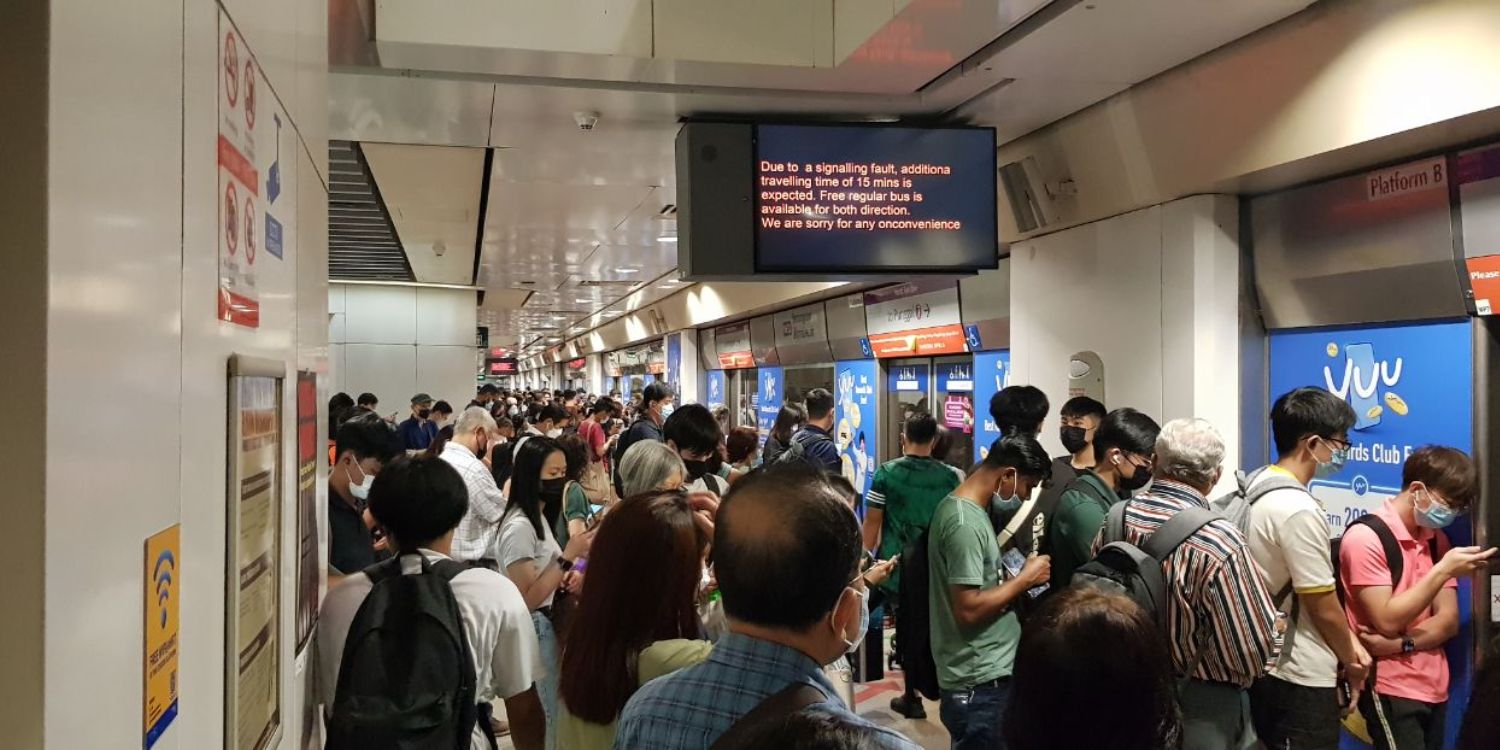 At one point, SBS Transit Ltd, which operates the service, warned of up to a 30-minute waiting time.

Train service reportedly resumed as of 6pm, nearly half an hour after the first situation update.

SBS Transit first alerted commuters to the disruption via an update on Facebook at 5.33pm.

At the time, they told commuters to expect an additional travel time of about 15 minutes.

An MS News reader at the scene said the crowd occupied roughly half of the entire platform.

Electronic signs warned commuters of the disruption and notified them about free regular bus services available in both directions of the MRT route.

In their latest update, SBS Transit announced that train service had resumed since 6pm. Free bus service also ended as of 6.11pm.

They apologised for the inconvenience that the sudden disruption caused.

Were you affected by the train disruptions? Share your experiences with us in the comments.