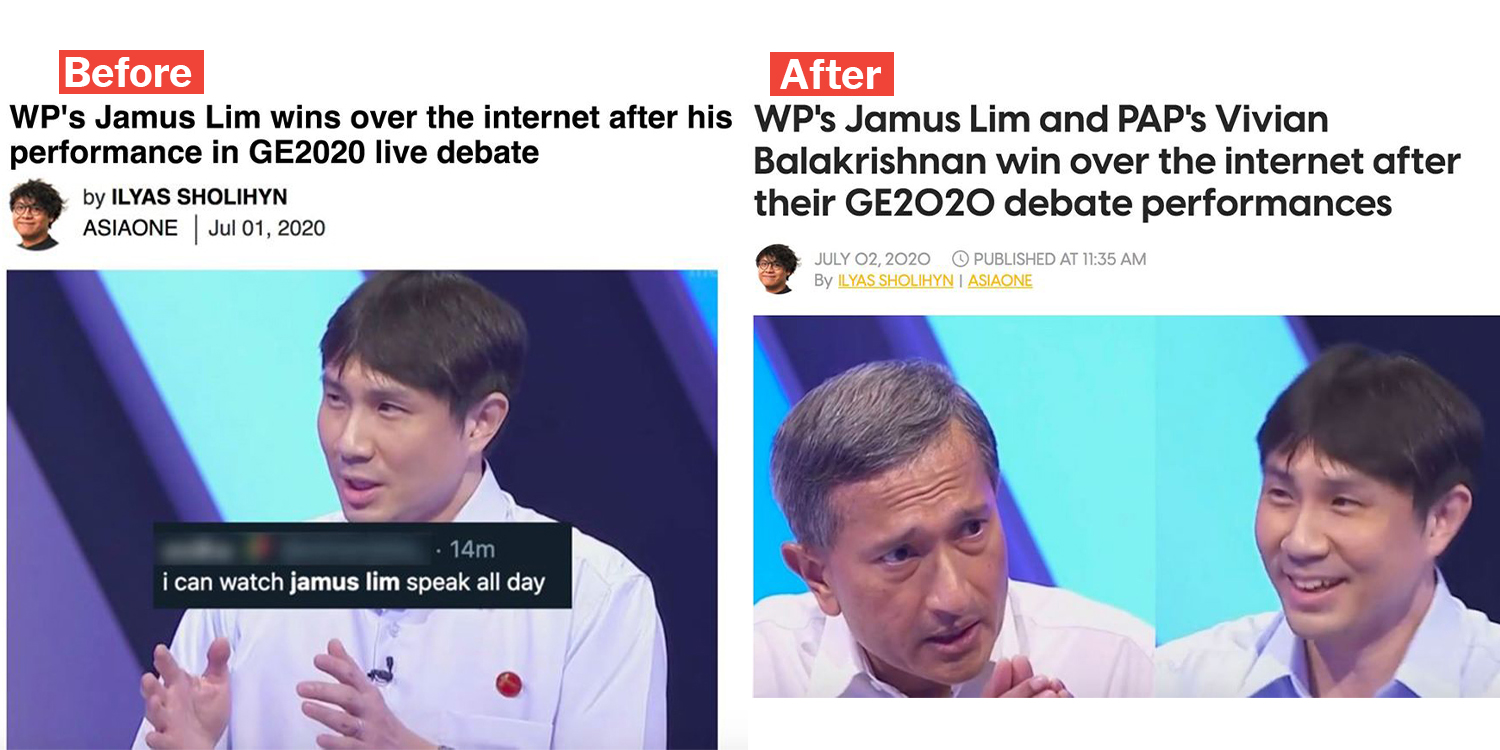 An eagle-eyed netizen noticed something had happened to a mainstream media article about the GE2020 debate overnight.

The netizen, a Mr Lim, claims that while the original headline praised Dr Jamus Lim, it appears to have been changed to praise Dr Vivian Balakrishnan as well.

Article edited to include praise for Vivian Balakrishnan

The original AsiaOne article’s headline is as follows: “WP’s Jamus Lim wins over the internet after his performance in GE2020 live debate” 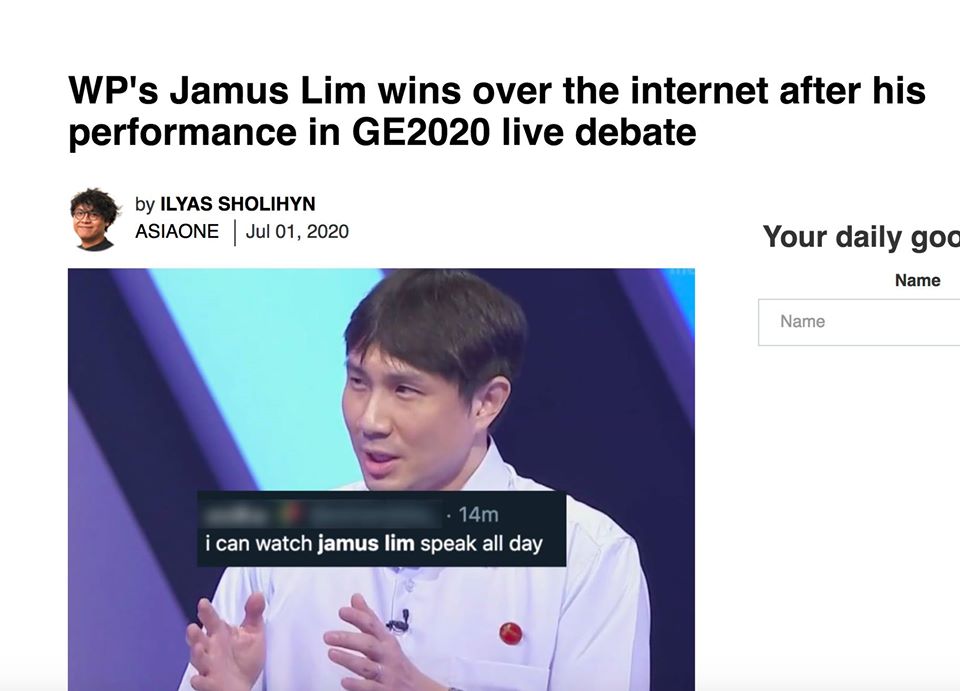 A search on Google will also return the original headline.

But today, the article appeared to be republished with a different headline, also including Dr Balakrishnan. 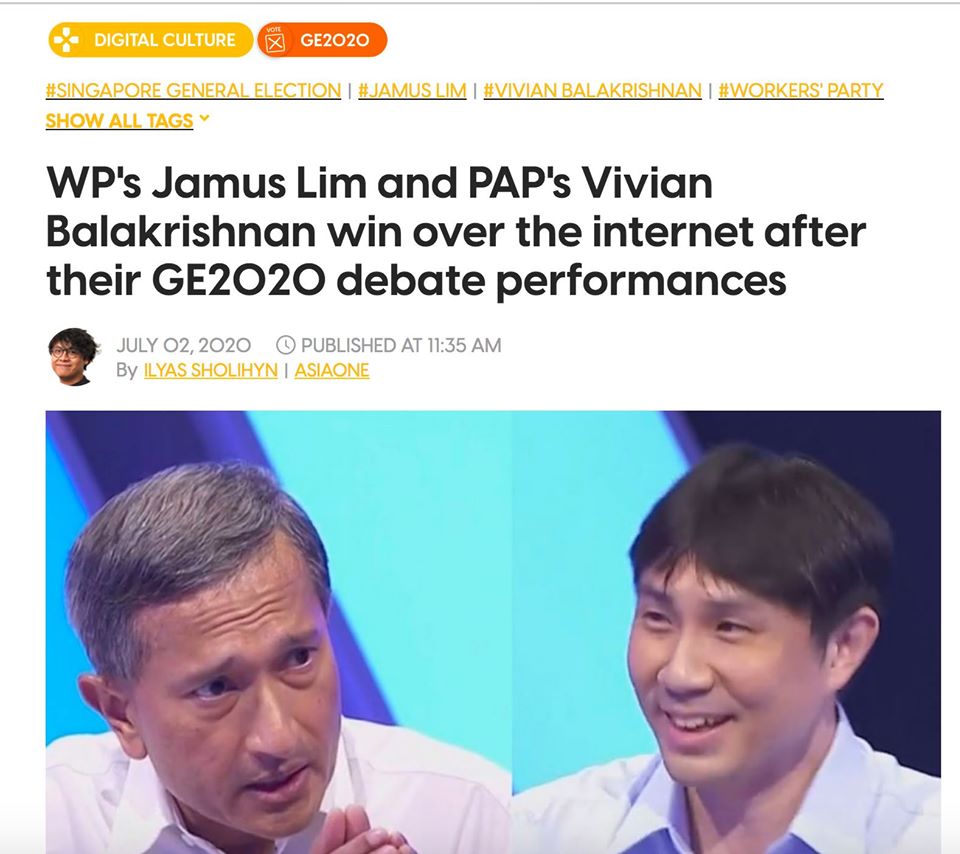 As for Dr Balakrishnan, the Minister for Foreign Affairs also scored tons of brownie points online for his composure under the keen queries fielded by the opposition

He speculates that someone told the author to change the article so that Dr Balakrishnan receives more credit.

Another netizen on Reddit, u/ElNino1993, spotted the same discrepancy and posted a comparison of the article before and after edits on r/singapore.

This drew many unimpressed reactions from netizens, likening this move as a reason why Singapore’s press freedom ranks at a measly #158 globally.

Others, however, sympathised with the author, as they’d been in similar situations before.

We reached out to AsiaOne’s editor Thiam Peng and we understand it was initially an editorial oversight. They felt the new headline was more fair as they felt both candidates did well.

So no, there probably wasn’t a memo from any government agency or Singapore Press Holdings (SPH) who are part owners.

Regardless, Dr Balakrishnan deserved praise for fending off attacks from 3 frontiers while espousing his own party’s policies, although he’s also already well-known for his orating ability.