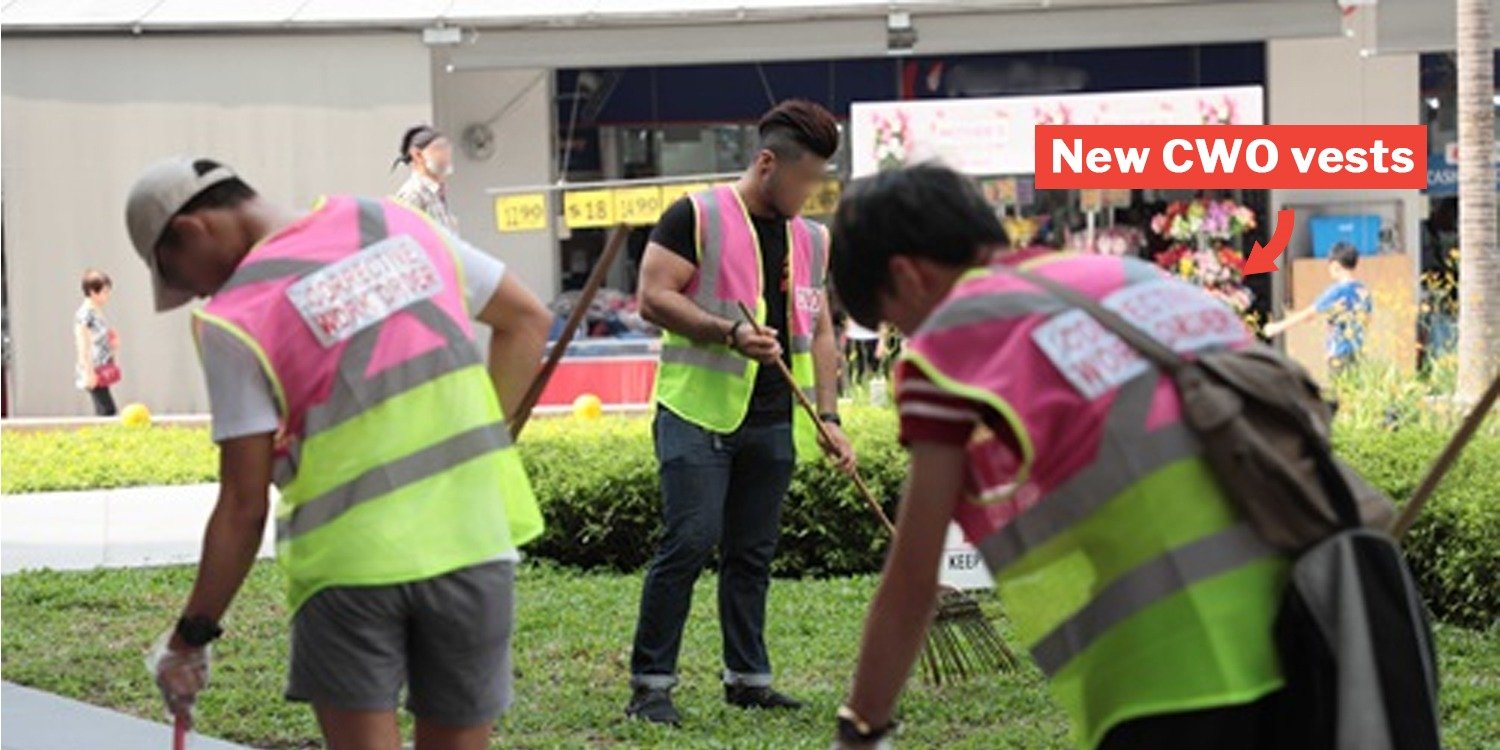 On Tuesday (7 May), the National Environment Agency (NEA) announced that starting May 2019, Corrective Work Orders (CWO) vests will be made more visible to “increase deterrence effect”.

In particular, a hint of neon pink will be added to the current vest, which was originally entirely luminous yellow. 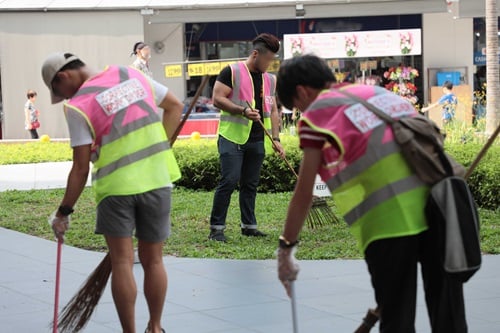 You know what this means, more shame. 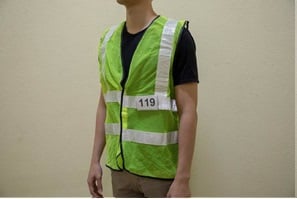 In order to make the CWO vests “easily distinguishable”, a dash of luminous pink will be added to the redesigned CWO outfits.

This new change will also be applied to the back of the vest.

Additionally, a sign will be placed in locations where CWO activities are taking place. 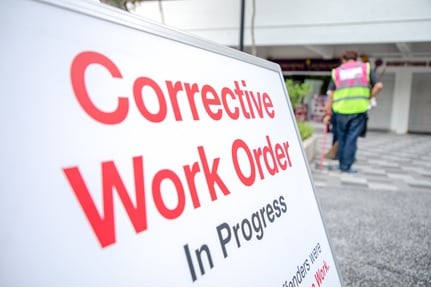 This, according to the NEA, will help to “raise public awareness” of ongoing CWO sessions.

A spike in littering cases

This change came amid a sharp increase in littering cases.

In 2018, around 39,000 tickets were issued for littering offences, a nearly 22% increase compared to the previous year.

The CWO system was first introduced in 1992, where repeat offenders had to pick up trash at public areas for anywhere between 3-12 hours.

According to the NEA, the system was introduced to educate offenders on the effects of littering and give them a “first-hand experience of the difficulties faced by cleaners”.

Under the existing system, those caught littering for the first time will be liable for a fine of $300.

Repeated offenders charged in court can be given a CWO in addition to, or in place of a fine.

We hope that the new CWO outfits will serve as an effective deterrence against littering.

If you’re someone who has a natural tendency to litter, we suggest you stop.

Otherwise, only one thing awaits — shame.