The accident happened at 2am on Nicoll Highway Bridge towards Mountbatten.

UPDATE (10 Jun, 10.05am): According to Channel NewsAsia (CNA), police confirmed on Thursday (9 Jun) that they had arrested a 39-year-old man for drink driving following the accident.

When road accidents happen, it’s only right for the responsible party to check on the victims before reporting the incident and calling the ambulance if necessary.

If the perpetrator decides to flee the scene, it can be difficult for investigations to proceed.

On 4 Jun, a group of cyclists were travelling on Nicoll Highway when a hit-and-run accident occurred. Unfortunately, one of them suffered serious injuries and is now in an intensive care unit (ICU).

His friends are now appealing for witnesses to help assist with investigations.

According to a post on the SG Road Vigilante – SGRV Facebook page, the accident happened on 4 Jun at around 2am.

A group of cyclists was travelling along Nicoll Highway towards Fort Road.

OP shared that they were travelling in a straight line on the extreme left side of the road when suddenly, three of them were “knocked down” by a vehicle.

Instead of stopping to render assistance, the driver allegedly “sped off instantly without braking”.

Three cyclists were hurt in the accident and had to be sent to the hospital. 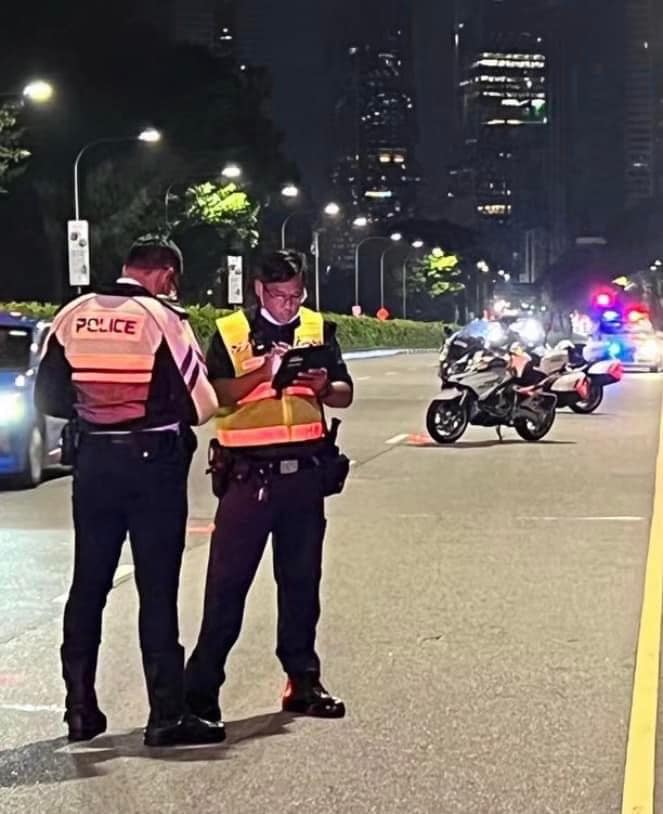 While two of them only had minor injuries and could be discharged the next day, one cyclist called AimRina Reich remains in the ICU.

The other cyclists are now appealing for witnesses who have video evidence that captures the accident.

Fortunately, not everyone was as selfish as the errant driver.

In the post, OP thanked other drivers and cyclists, as well as the paramedics and police officers, for their help throughout this incident.

In a report on Thursday (9 Jun), CNA cited a police confirmation that they had arrested a 39-year-old man for drink driving.

The police got wind of the accident along Nicoll Highway towards Guillemard Road at about 2.05am on 4 Jun.

Paramedics conveyed the three injured cyclists to Tan Tock Seng Hospital. The cyclists – two men aged 47 and 48, and a 47-year-old woman – were reportedly conscious at the time.

Investigations into the incident are ongoing.

Wishing the victim a speedy recovery

While some netizens have pointed out that the cyclists shouldn’t have been on the road in the first place, the fact remains that if someone was hurt, the driver should have stopped to render assistance.

Hopefully, the group can gather enough footage to aid in the investigations.

MS News wishes the victim a smooth and speedy recovery.