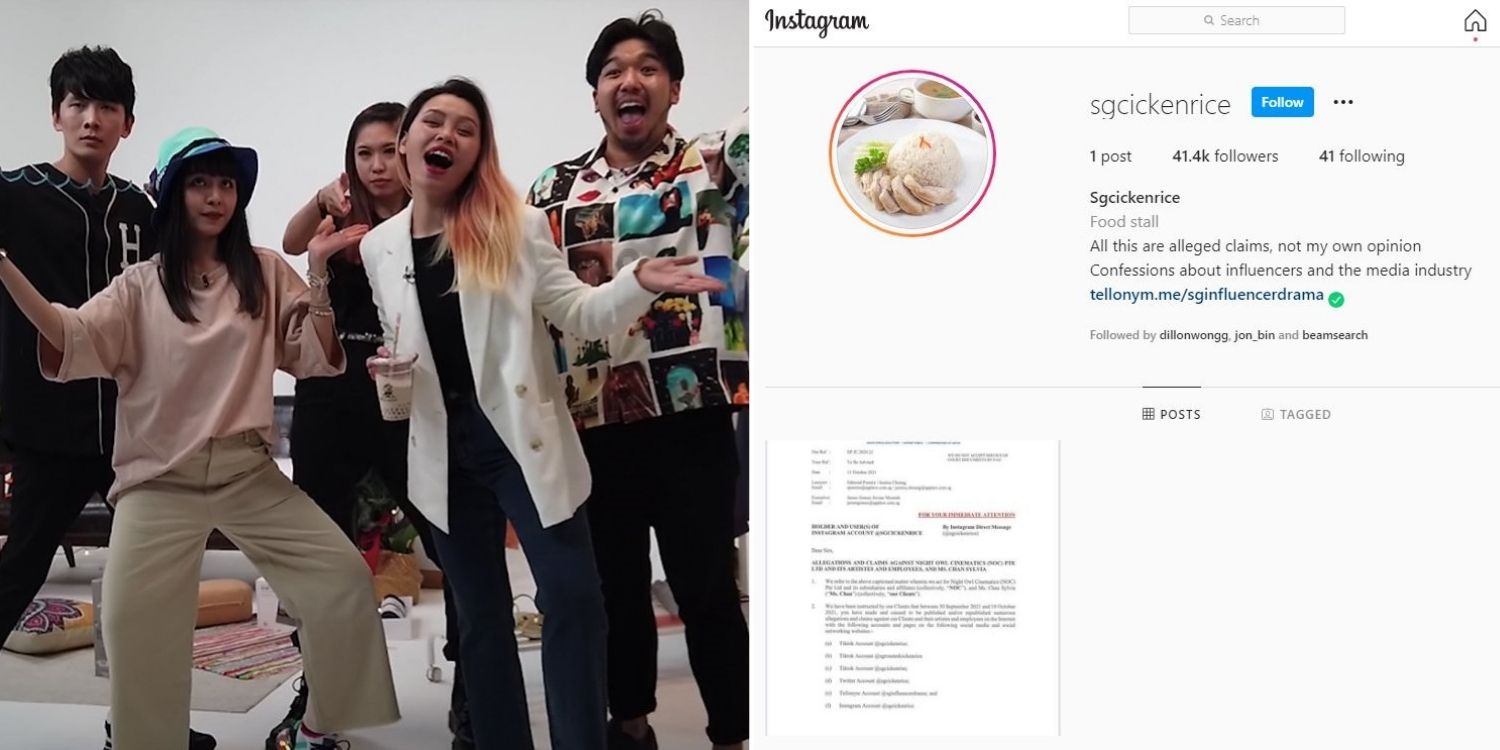 However, they finally broke their silence on Monday (11 Oct), in a 4-page statement on its Instagram account.

One of the things they said is that their lawyers are reviewing the matter.

They certainly worked fast, as the lawyers in question have sent a 6-page letter to Instagram account @sgcickenrice, asking them to cease and desist from making claims about NOC.

@sgcickenrice has since taken down all its posts, except for one.

They said they’re acting on behalf of NOC and Sylvia. It then proceeded to list out 4 pages of claims it said were made by these accounts against NOC and Sylvia.

The lawyers said the social media posts contained the personal data of their clients, as well as their artistes and employees.

The unauthorised collection, usage and disclosure of such data has caused “harassment, alarm and distress to many”, as well as disruption to business and loss of sponsors, the letter added. Thus, they demanded that @sgcickenrice cease and desist from making and causing to be published and/or republished allegations and claims against their clients.

They also told them to cease and desist from making any references to and containing allegations against NOC, Sylvia, its staff, artistes, subsidiaries and affiliates.

They’re to send written confirmation of their compliance by Tuesday (12 Oct), 10am.

All posts taken down

However, as of Monday (11 Oct) night, @sgcickenrice had removed all its posts except for the one that contains the lawyers’ letter. 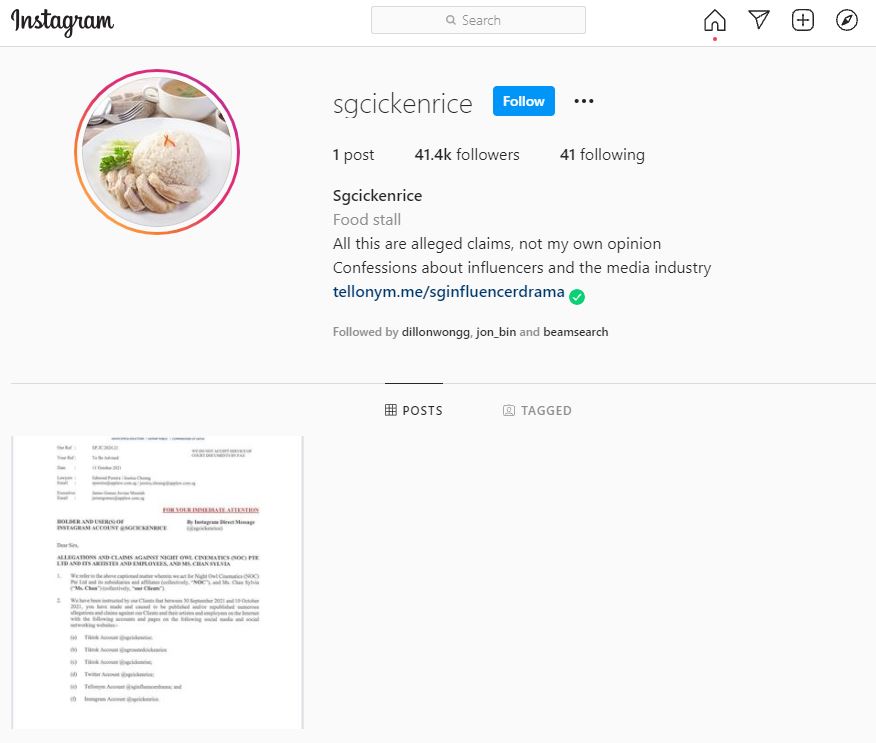 They also added a disclaimer, saying that all their claims are alleged.

In a reply to queries from MS News, the account said it doesn’t have the financial means to fight any possible lawsuits.

They aren’t able to set up a GoFundMe page either, as they want to remain anonymous.

However, they called for lawyers to contact them if they’re willing to work pro bono (i.e. for free) on this case.

In case you’ve not been keeping up with the saga, @sgcickenrice is the anonymous Instagram account that first published allegations of Sylvia allegedly using abusive language towards employees.

On 7 Oct, they uploaded screenshots of text messages allegedly from her, that appeared to show her using the F-bomb several times while describing a talent named Samantha.

The messages were apparently sent in Feb 2020.

The Instagram page also shared a recording of someone whom they claimed to be Sylvia describing Samantha as a “b*tch who’s f*cking dumb”.

The posts caused significant backlash, with netizens questioning whether the remarks were discriminatory in nature.

Queries from netizens also prompted 2 companies – Colgate and Milo – to say that they’re no longer working with Sylvia.

Colgate & Milo Respond To NOC’s Sylvia Saga, Clarify They No Longer Work With Her

Later, NOC employees spoke up on the allegations, saying NOC is made up of more than 1 or 2 employees, and urged that hate not be directed at either the company or employees.

The end of the saga?

Now that the proverbial sh*t has hit the fan, it seems @sgcickenrice won’t be posting anything more about this case.

Does this mean that the saga has ended? We honestly don’t know.

What do you think of NOC’s response to the saga? Let us know in the comments below.