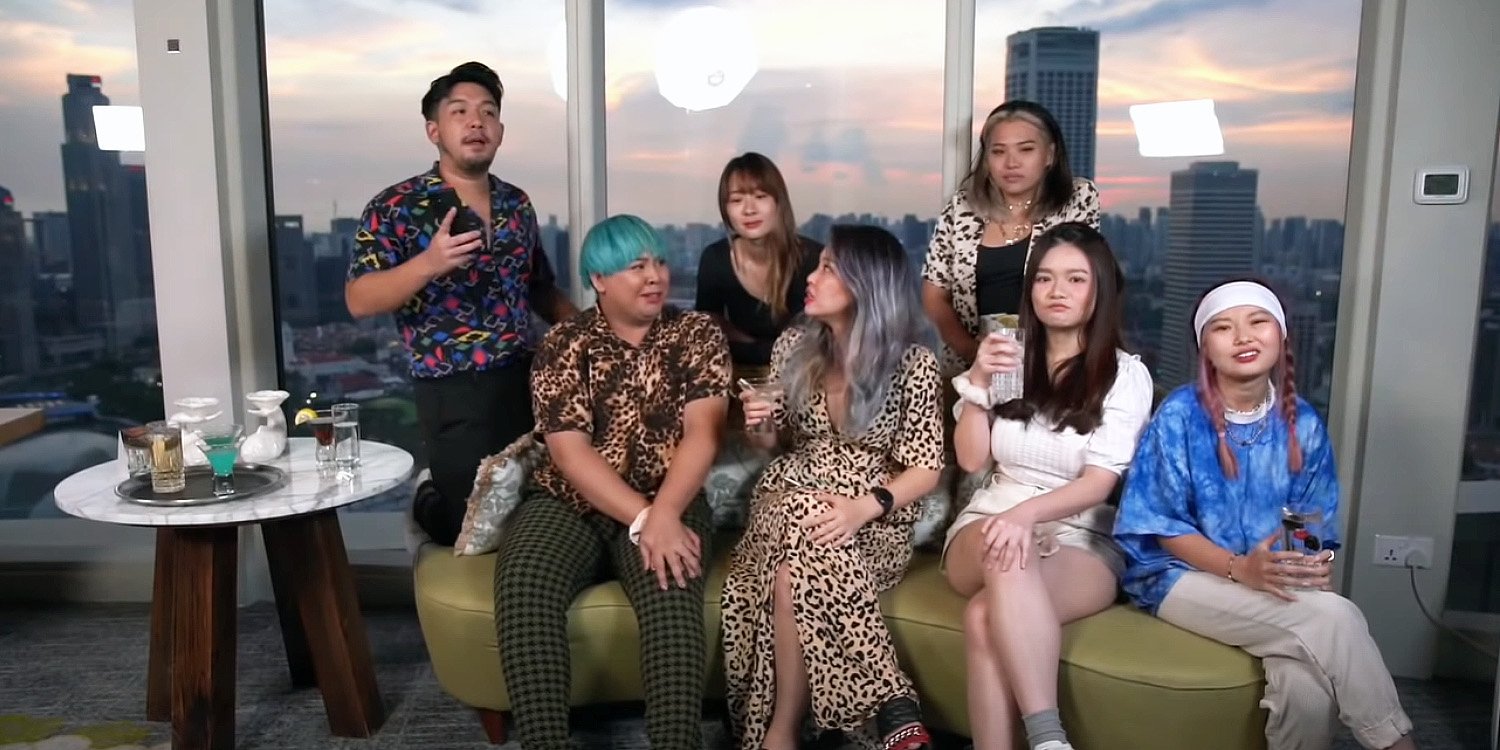 Since then, Colgate and Milo have dropped their sponsorships with Chan.

Colgate & Milo Respond To NOC’s Sylvia Saga, Clarify They No Longer Work With Her

While Chan is yet to publicly address the allegations, NOC employees have also spoken out via sgcickenrice, the Instagram page that first revealed the allegations.

They noted that the company isn’t only made up of Sylvia, and that there are many employees who work hard to make the content.

In Instagram stories shared by sgcickenrice, someone who claimed to still be working at NOC spoke out regarding the recent allegations. 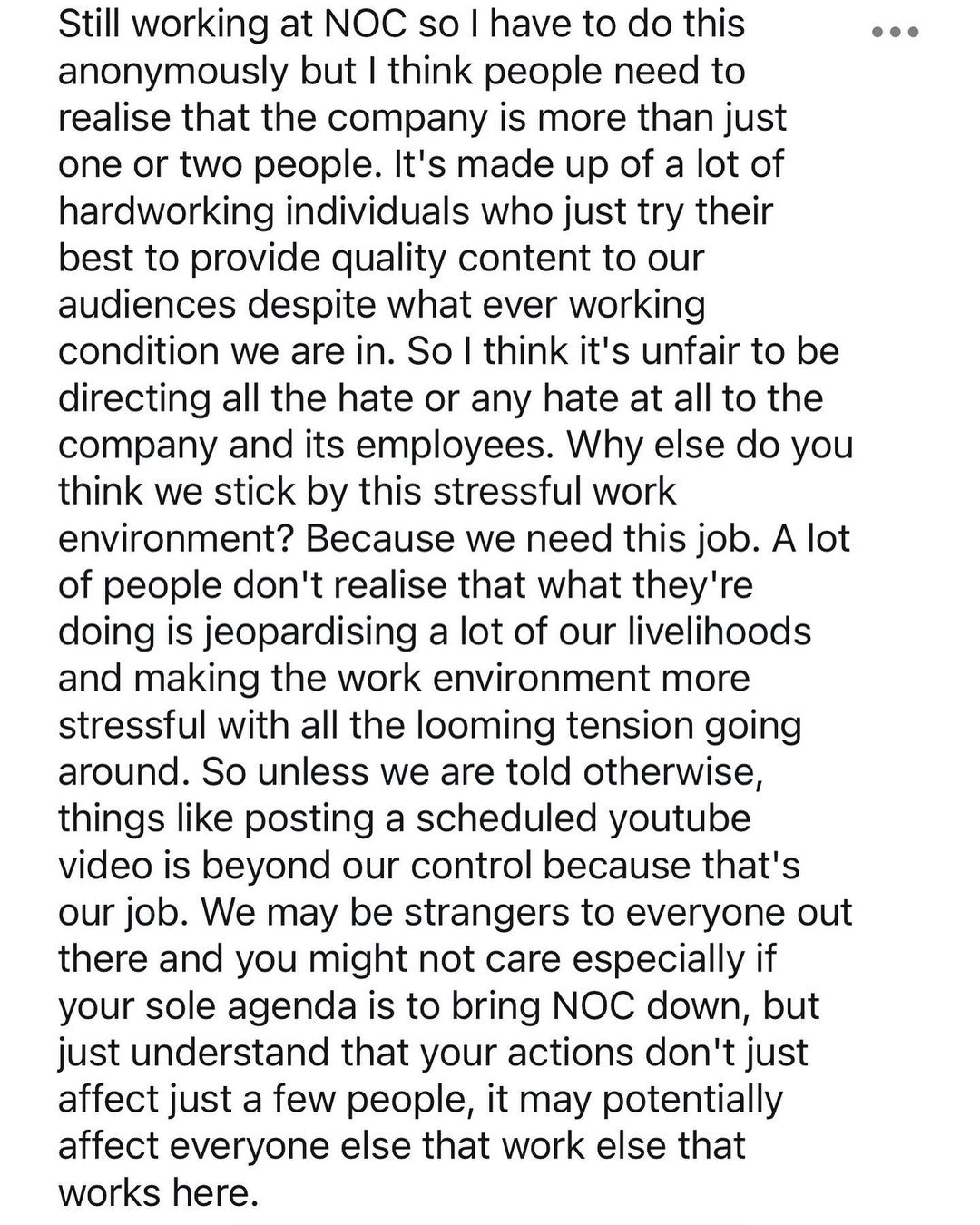 The employee noted that NOC is made up of more than 1 or 2 employees, and urged that hate not be directed at either the company or employees.

Although they noted the “stressful work environment”, they pointed out that they continue to work because they need the job.

“A lot of people don’t realise that what they’re doing is jeopardising a lot of our livelihoods and making the work environment more stressful with all the looming tension going around,” they said.

They also stated that things such as posting a scheduled YouTube video are beyond the employees’ control.

Recent NOC videos have received a significant amount of backlash due to the ongoing saga surrounding Chan.

Finally, they ended the post by asking for understanding — netizens’ actions may potentially affect everyone who works at NOC.

As noted earlier, recent NOC videos have received significant backlash, even though they merely happened to be scheduled for release when the saga erupted.

One of these videos, a Food King video featuring DanielFoodDiary, received many negative comments and dislikes.

Similarly, he praised the “extremely hardworking behind-the-scenes crew” and hoped that their efforts won’t be undermined by the ongoing saga. 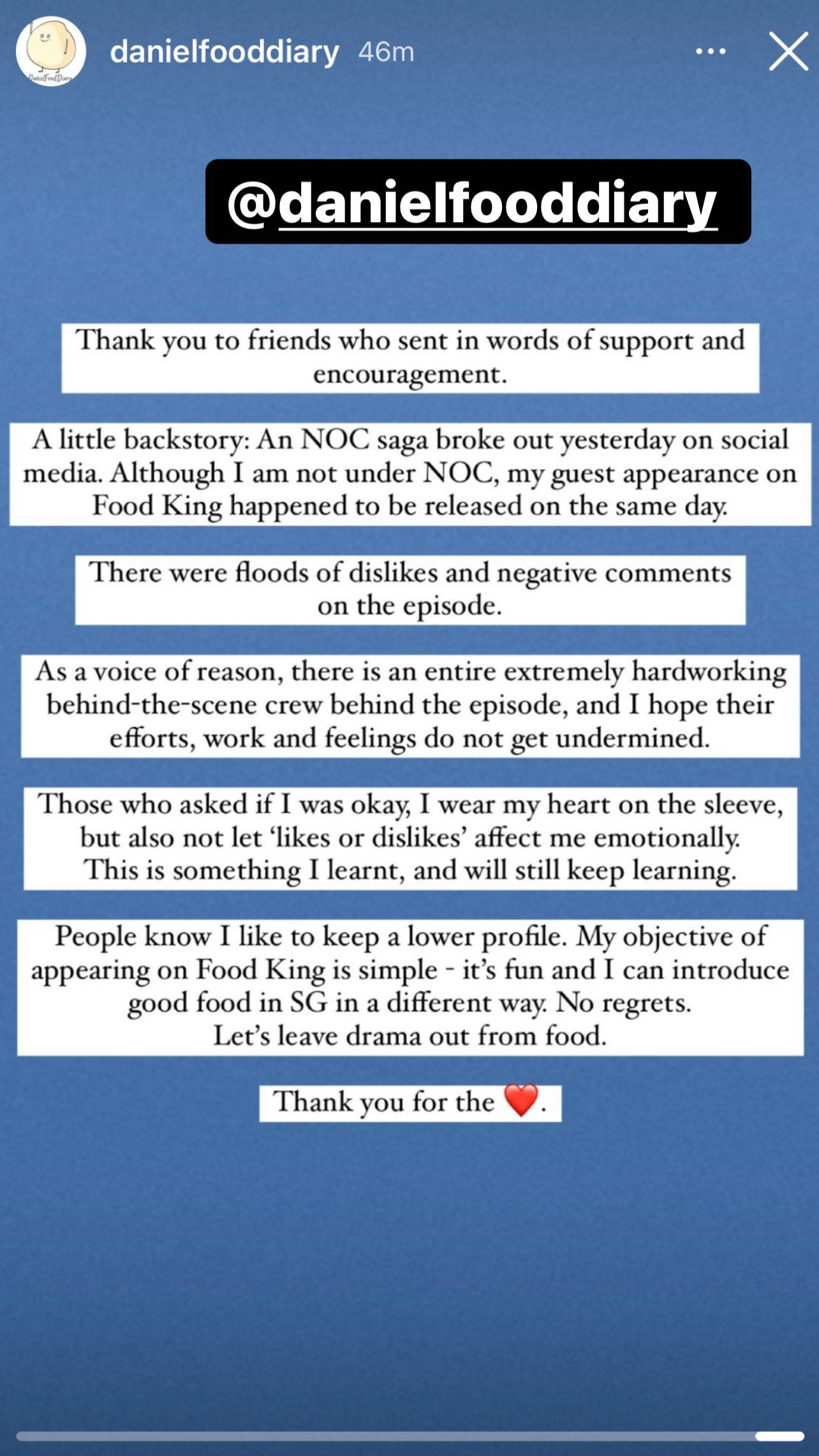 He also wishes to “leave drama out of food” as he has a simple objective — which is to have fun and introduce food in a different way on Food King.

Others have also reached out to sgcickenrice to shout out some employees at NOC that’ve historically been good to others and apparently help defend them.

The commenter said they wanted to share because there are and used to be good people at NOC. Many others have also publicly backed Ryan, the other co-founder of NOC.

Saga does not define all of NOC

While the NOC saga surrounding Sylvia Chan has resulted in a lot of nastiness, we have to remember that there are other people affected by the saga as well.

Even as defences and attacks continue on social media, please remember that negative actions that target NOC as a whole can adversely affect current employees there.

They’re all doing their jobs and as such, it’s unfair to target them as well.