Commuters travelling on the North East Line (NEL) during this morning’s rush hour experienced a delay due to train fault at Outram Park station.

One train user told MustShareNews that she was stuck at Punggol for around 10 minutes.

She had been at the station since 8.05am, but the announcement on SBS Transit’s Twitter page only came belatedly after 15 minutes.

Prior to that, warnings about the train delay from her friends, had already begun to flood her phone’s notifications. 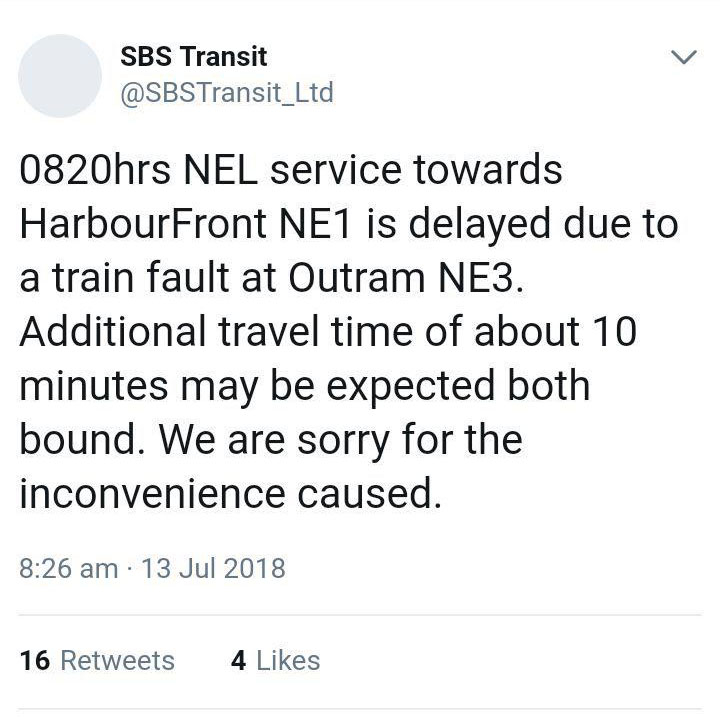 Some commuters learnt of the delays on unofficial social media channels such as crowd-sourced MRTWatch instead. 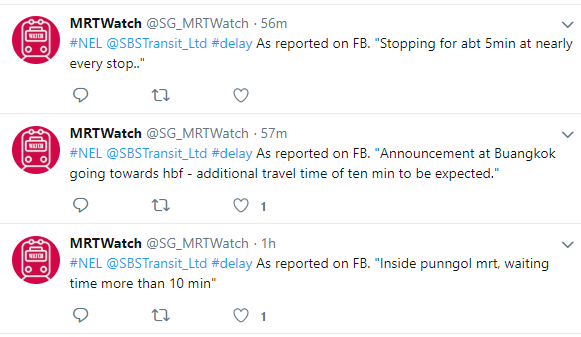 Another train user told MustShareNews that the crowd at Sengkang was so bad, she didn’t even have to enter the platform to know something was amiss. 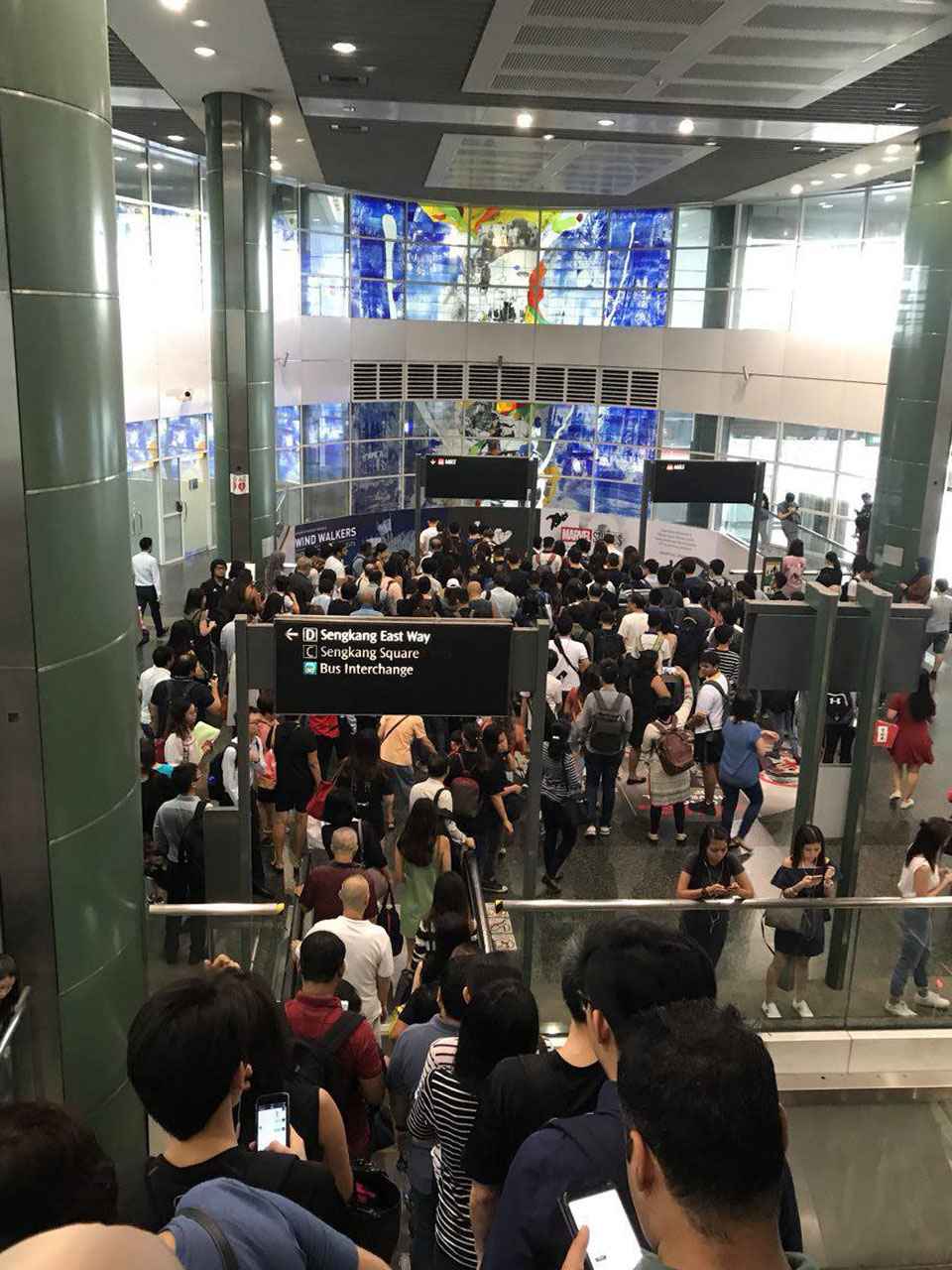 But the situation wasn’t dire, as train service recovered promptly and it caused 10 minutes of additional travelling time.

NEL train service officially fully resumed by 8.30am, but some users reported constant crowds of people at NEL stations till 9.30am.

Speed of announcement could be faster

We asked some affected users to rate their overall experience, for this train delay managed by SBS Transit.

They commented that it wasn’t too much of an ordeal for them and gave SBS Transit a 6.5/10 on average, as compared to SMRT incidents they faced.

SBS Transit did handle this incident relatively well as compared to their previous hiccup during May this year.

However, there’s definitely room for improvement in terms of their speed in getting the news out.

Different passengers apparently had vastly different experience on their commute to work today.

While it is people mountain people sea on the train service towards HarbourFront, 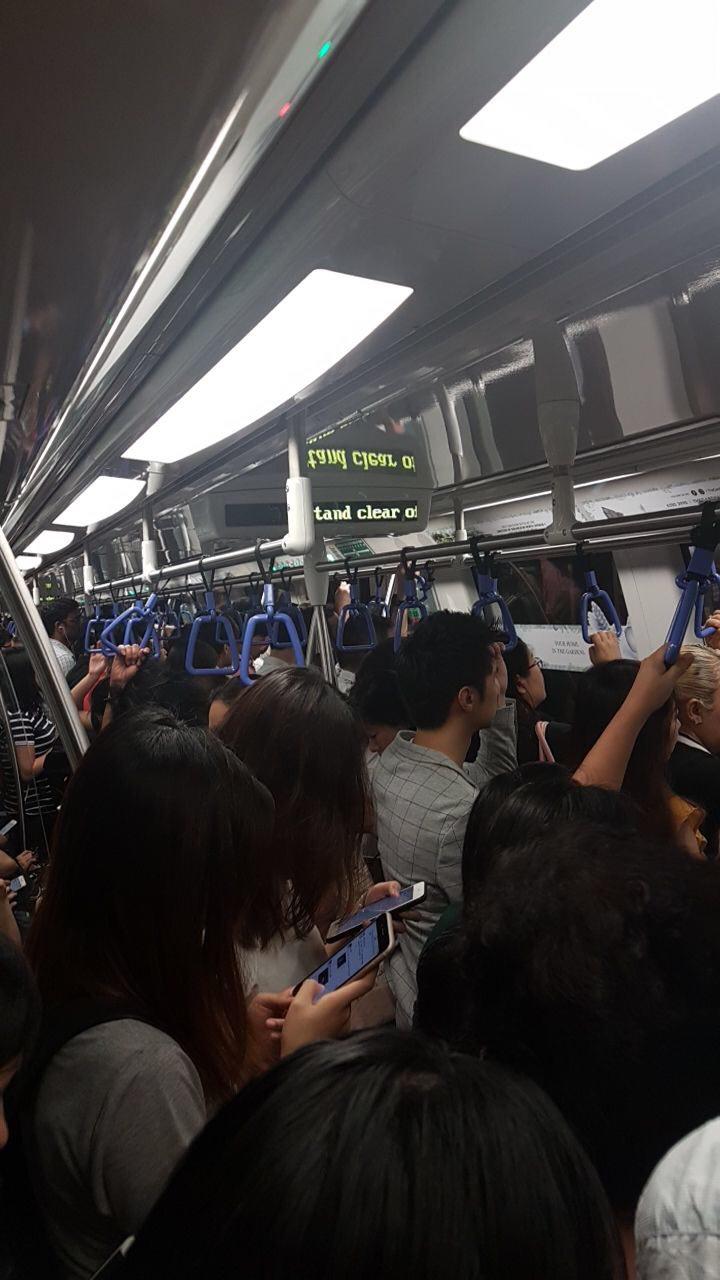 Train service towards Punggol was pretty much a ghost town. 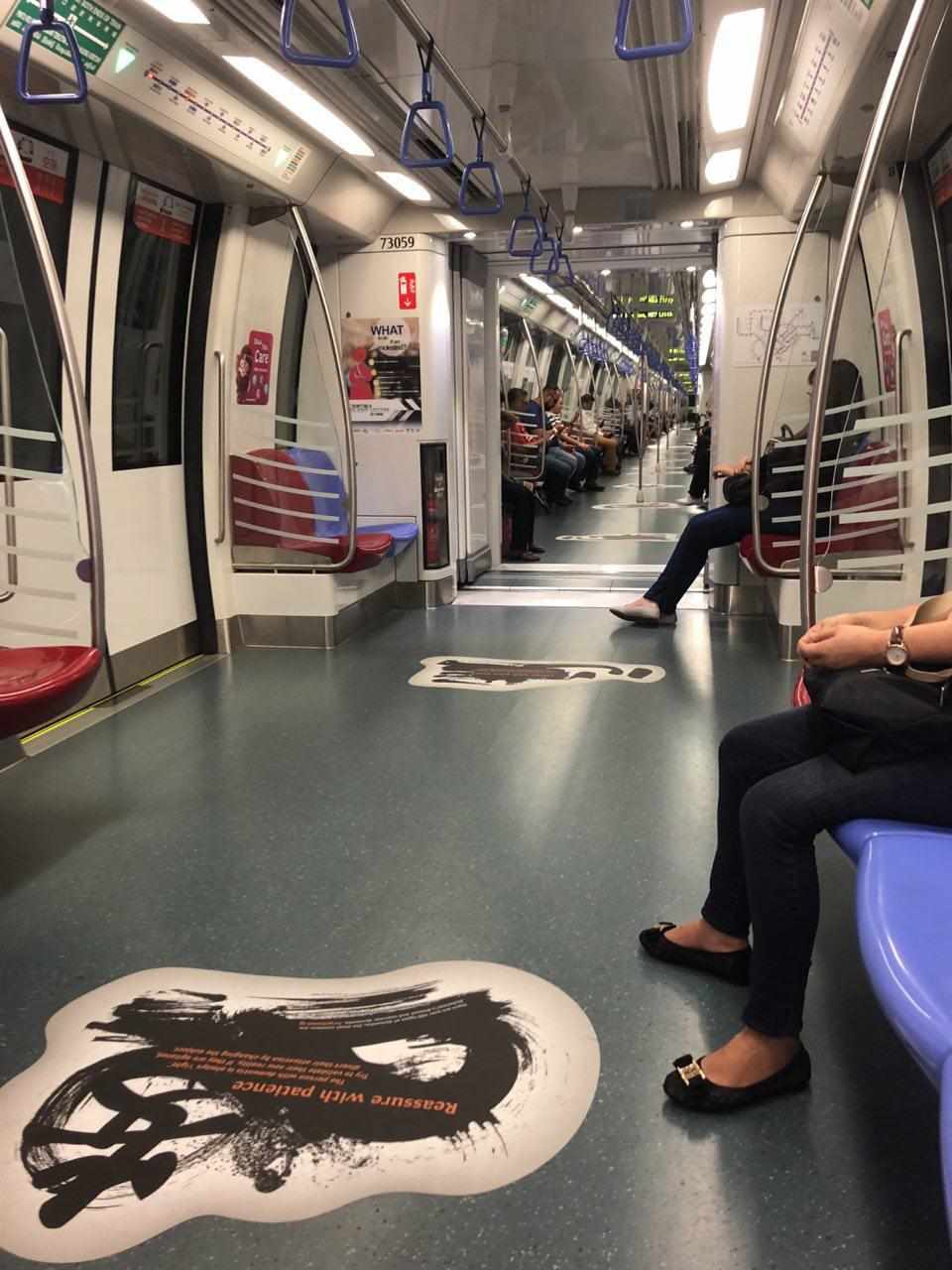 Were you affected by the train delay this morning? Let us know which experience you faced in the comments section below.

Featured image via a MustShareNews reader.