Must Share News – Independent News For Singaporeans
Home Lifestyle FRESH Have $5,000 To Spare? North Korea Invites You To Visit For Business... 5-Day Trip For Businesses Looking To Venture Into North Korea

Hot on the heels of the Trump-Kim summit is warming relations between North Korea and Singapore.

North Korea has apparently sent us an invitation for a business trip to the hermit country to explore potential tie-ups there.

Dr Michael Heng, who runs a business consultancy firm, received the invitation from North Korea’s Korea Committee for the Promotion of International Trade.

Dr Heng has personal ties with the staff working at the North Korean embassy in Singapore.

Since receiving the invitation, Dr Heng has been reaching out to the business community for a trip to North Korea from 18 to 22 Sep 2018. Pamphlet sent out to other companies

He’s calling for entrepreneurs, companies, investors, CEOs and the like. The trip will set you back by $4,950 if you depart from Singapore, and $4,500 from Beijing.

However, there is a caveat – participation is only by invitation.

Go North Korea for what?

In the invitation letter, the Committee said that the trip made in co-operation with the DPRK Ministry of External Economic Relations would be a “good chance…to confirm our will (in) desiring to develop economic and trade relationship with Singapore and other countries”.

Dr Heng commented that the situation is similar to China in the 1980s, where Singaporean businesses ventured early into a largely unexplored market.

Only 18 will make the cut

Of the lucky nominees for the trip, only 18 will make the cut because of the limited spaces.

Right now, four companies have confirmed that they will be joining, while three others are considering.

Hopefully, one day, all of us will get to visit a larger swathe of the Korean peninsula.

Bilateral trade between the two countries stood at S$39 million in 2015.

Unfortunately, it dropped to S$700,000 last year because Singapore cut economic ties with North Korea, in accordance with UN sanctions.

While sanctions against North Korea remain, the business community here is looking forward to new opportunities in North Korea.

VNT Global Consulting founder Velle Niqo Tay said that it is only a matter of time before the UN sanctions are lifted and business deals are struck.

Singaporeans who earlier ventured into North Korea have already proven they can succeed.

The first fast food joint in North Korea was set up by Singaporeans anyway.

So there’s every reason for us to be optimistic about the baby steps our businesses are taking towards North Korea.

Because one day, they’ll turn into great leaps across the ocean for the average Singaporean whose next holiday destination happens to be Pyongyang. 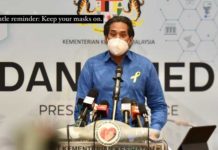 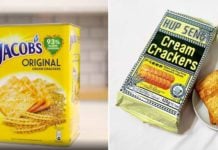