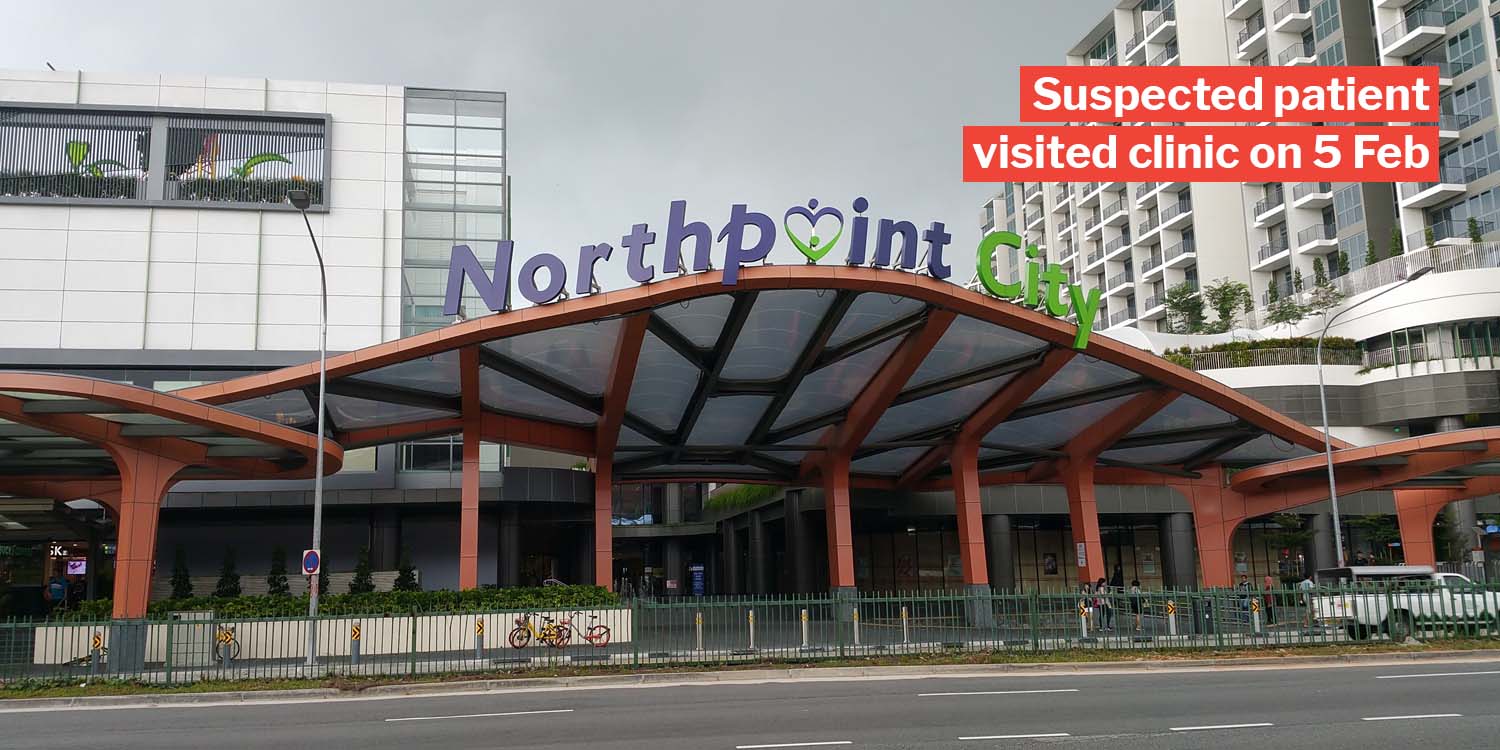 The patient was brought to an ambulance pick-up point via a designated route.

Update (6 Feb): A Northpoint City spokesperson confirmed that a patient suspected of having the Wuhan coronavirus visited the mall on Wednesday (5 Feb).

The patient was transported to a pick-up point via a designated route, and the affected areas have since been disinfected.

At 3.20pm on Wednesday (5 Feb), we were notified by Raffles Medical, a clinic located in Northpoint City that a patient suspected to have the Novel Coronavirus (2019-nCoV) required an escort to the mall’s ambulance pick up point.

We also thoroughly disinfected the affected areas thereafter. As part of MOH’s protocols to safeguard public safety, personal protective equipment was used when facilitating the movement of the patient.

Trading at the mall continues, and we are conducting twice daily temperature checks for centre management staff, and contractors entering the mall.

We have advised staff and tenants to remain vigilant, practice good hygiene, and to immediately seek medical attention should they exhibit any symptoms associated with the 2019-nCoV.

Northpoint City, located across Yishun MRT, is a popular mall among Singaporeans who live in the north. 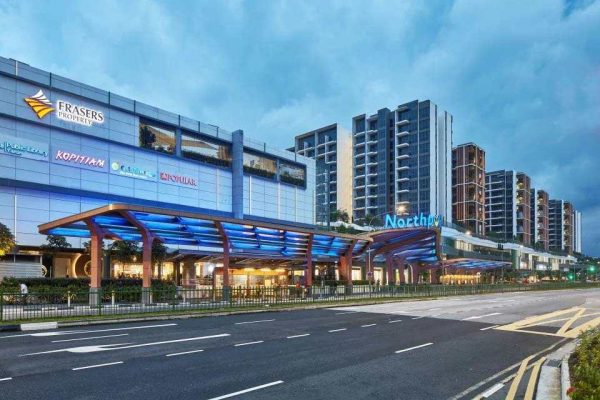 On Wednesday (5 Feb), a patient suspected of having the Wuhan virus apparently visited a clinic located at the mall.

In a letter to tenants dated the same day, the building’s management stated they have disinfected the affected areas and have put in place additional precautionary measures.

According to the letter, the suspected patient visited Raffles Medical on Wednesday (5 Feb) at around 3.23pm.

The clinic is located on the 3rd floor of the shopping centre’s North Wing.

The patient was then escorted to a mall’s ambulance pick up point via a designated route “designed to minimise exposure of the patient to the general public”.

The affected parts of the route have also been thoroughly disinfected.

In light of the virus outbreak, Northpoint City management has increased the frequency of cleaning in common areas of the mall.

Hand soap and sanitisers can now be found in common areas for shoppers to maintain their personal hygiene.

They are also conducting temperature checks for staff twice a day and are issuing surgical masks and sick leaves to those who are feeling unwell.

On the same day, images and clips showing a female patient being wheeled into an ambulance at Northpoint started circulating on social media. 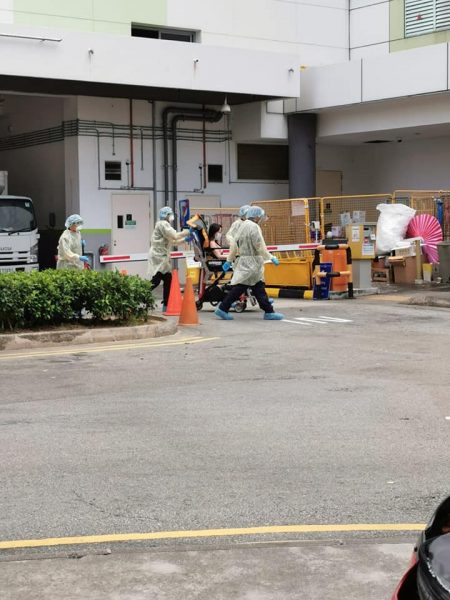 The medical staff seen in the clips also donned protective gear from head to toe.

The female patient was also seen wearing a mask, further adding to the theory that she could be the suspected case in question. 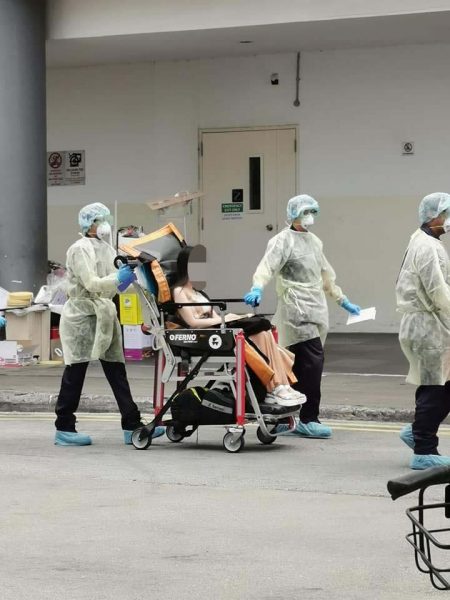 Heartening that malls in Singapore are introducing measures.

We’re glad that shopping centres in Singapore are taking precautions and going the extra mile to introduce precautionary measures to safeguard against the virus.

That said, let’s not forget to do our parts as individuals and practice good hygiene by washing our hands with soap often and wearing a mask should you feel unwell.