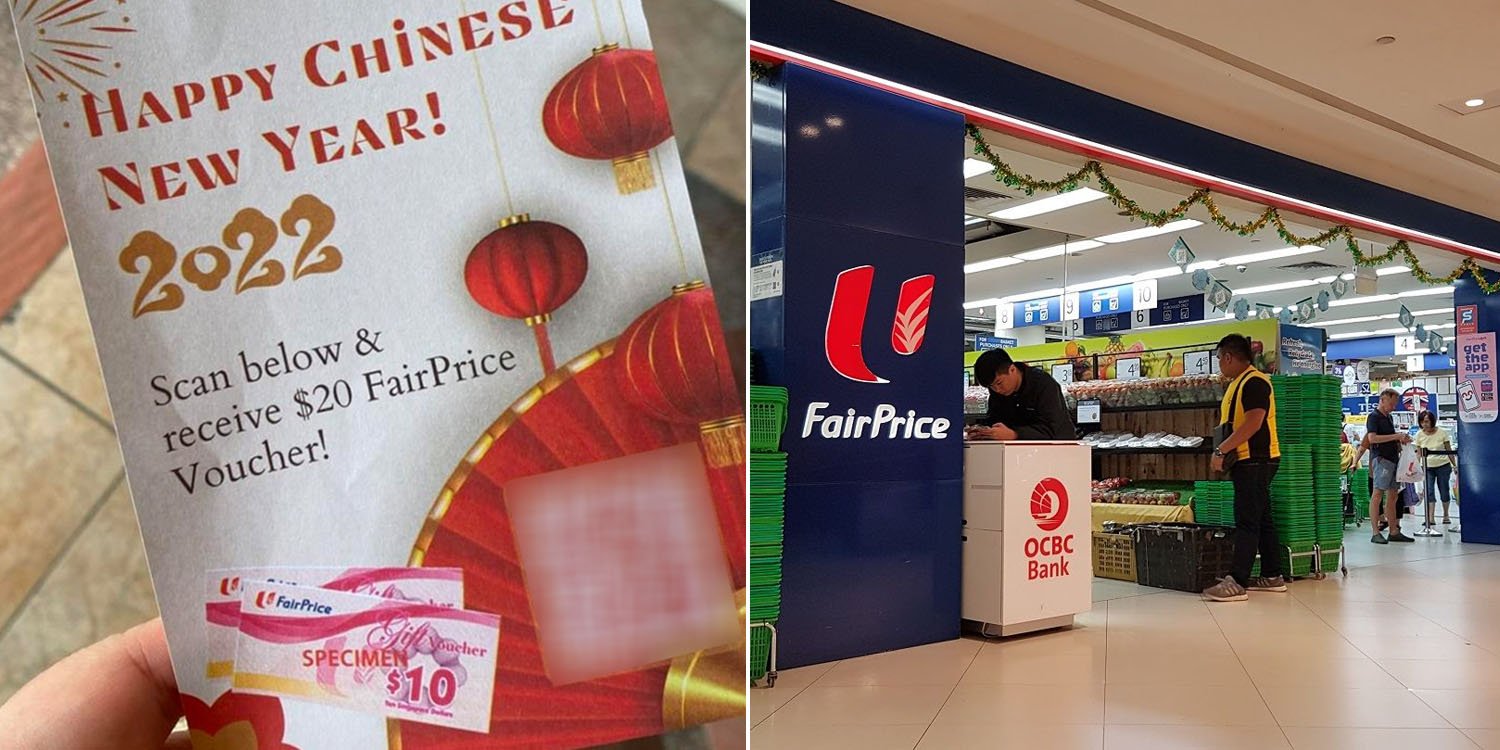 The recent OCBC phishing scam has put many Singaporeans in a heightened state of vigilance.

While much has been said and done about preventing banking scams, we mustn’t forget that fraud exists in other entities too.

Apparently, a sus flyer has been going around, claiming to be giving away NTUC FairPrice vouchers.

On Monday (24 Jan), NTUC FairPrice clarified that the flyer was neither created nor endorsed by them. 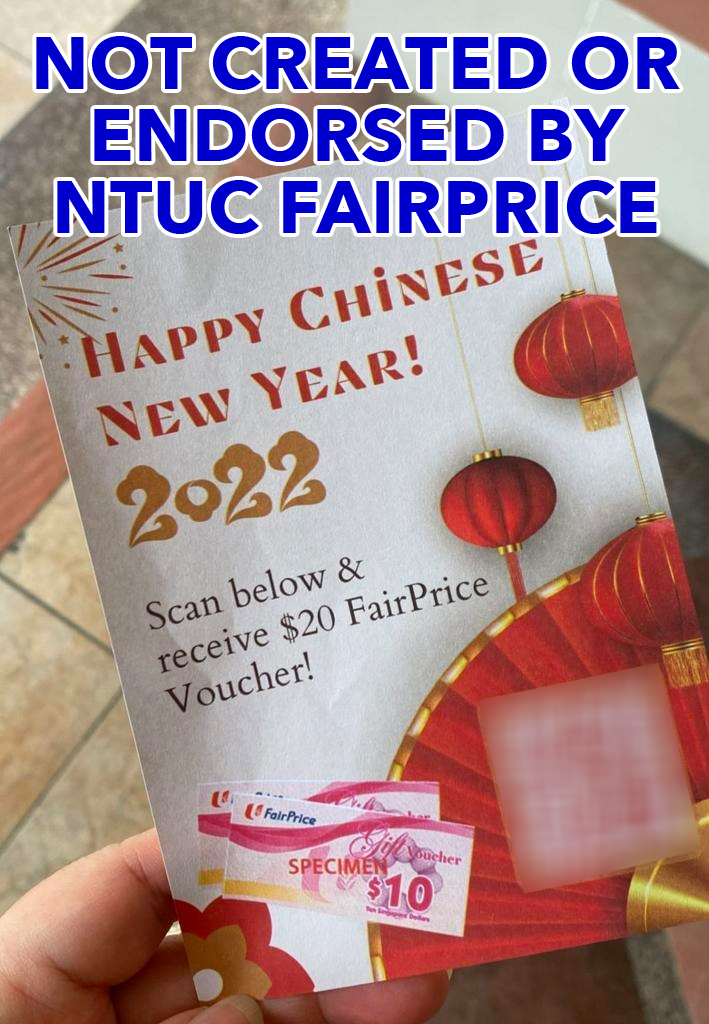 They also urged Singaporeans to verify the relevant details before divulging their personal information.

In a Facebook post on Monday (24 Jan), NTUC FairPrice said they were informed of a circulating flyer that claims to be giving away FairPrice vouchers.

The flyer has a QR code printed on it, which leads to an online financial survey.

While the promotion may seem enticing to many, NTUC FairPrice clarified in the post that the flyer was neither printed nor endorsed by them.

They also shared that they do not have any ongoing promotions that require users to complete a survey in exchange for gift vouchers. 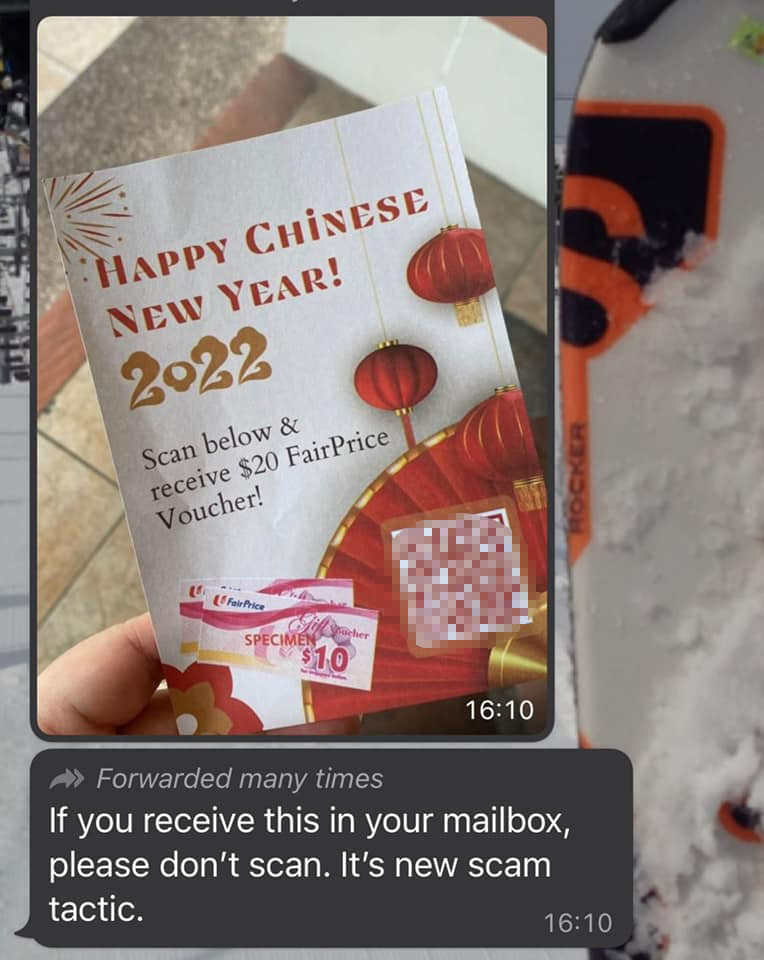 According to WhatsApp messages shared by netizens, the flyer in question is reportedly circulating via mail.

Users advised to do their own research

While NTUC FairPrice did not disclose the nature of the survey, they urge users to do their own due diligence before sharing personal information.

Should they be in doubt over similar promotions, they can also reach out directly to NTUC FairPrice via the following channels:

While it remains unclear if the people behind the flyers had malicious intentions, it never hurts to be vigilant whenever it comes to sharing sensitive personal information.

Featured image adapted from NTUC FairPrice on Facebook and CapitaLand.