NUS freshmen may soon have peace of mind regarding their security on campus during the upcoming orientation camps starting in June.

In an interview with The Straits Times, NUS Students’ Union (NUSSU) president Benjamin Loo shared that the union will be conducting night patrols to deter Peeping Toms.

This is following the recent voyeurism cases which compelled universities to find ways to prevent such incidents from recurring.

The night patrols will occur during the freshman orientation camps, which run from June to the first week of August.

NUSSU will deploy pairs of male-female members from the union’s exco to all the rooms in the residential colleges and residence halls, as well as multi-purpose rooms, where the freshmen will be sleeping in.

They will also patrol the corridors and washrooms at night together with a campus security guard.

The teams will check that students do not partake in any “unfavourable activities” like smoking, drinking or having multiple people in a single room.

Anyone who flouts the rules will be reported to the NUS Office of Campus Security. Offenders risk facing disciplinary measures if they are caught.

Details to be finalised

In addition to the night patrols, NUSSU intends to set up a 24-hour hotline to provide support for first-year undergraduates.

Today (15 May), Mr Loo will meet staff from the Office of Student Affairs and the Office of Housing Services to finalise the proposal.

Associate Professor Peter Pang, the NUS Dean of Students, has expressed support for the initiative.

With the night patrols, the NUSSU hopes to be able to prevent any inappropriate activities.

However, it is worth noting that the initiative only acts as a deterrent.

At the heart of the problem, students need to learn to take responsibility for their own actions.

What other measures could the university take to put a clean stop to voyeurism cases? Sound out your views in the comments below. 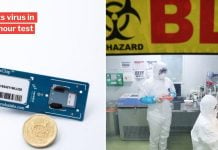