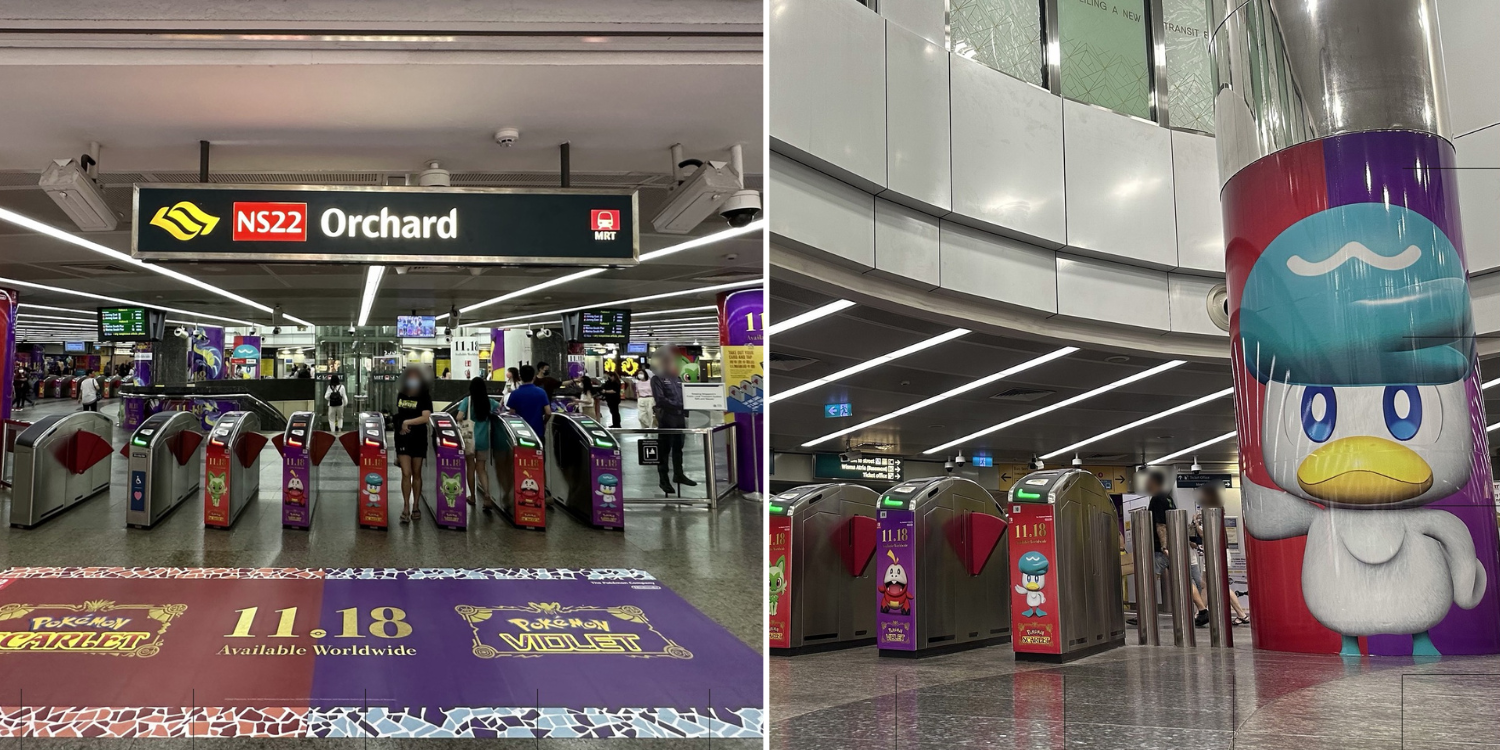 The new edition will be released worldwide on 18 Nov.

Most of the time, MRT stations and trains in Singapore exhibit colourful decor to mark festive occasions.

But Orchard MRT station is sporting a new look in line with a different yet equally exciting event — the upcoming release of the Pokémon Scarlet and Violet Edition on Nintendo Switch.

Pokémon fans may want to drop by the station soon to take in the posters in all their glory.

On Friday (4 Nov), Pokémon Singapore shared a series of photos on Facebook of Orchard MRT station covered in posters promoting the launch of the new game. 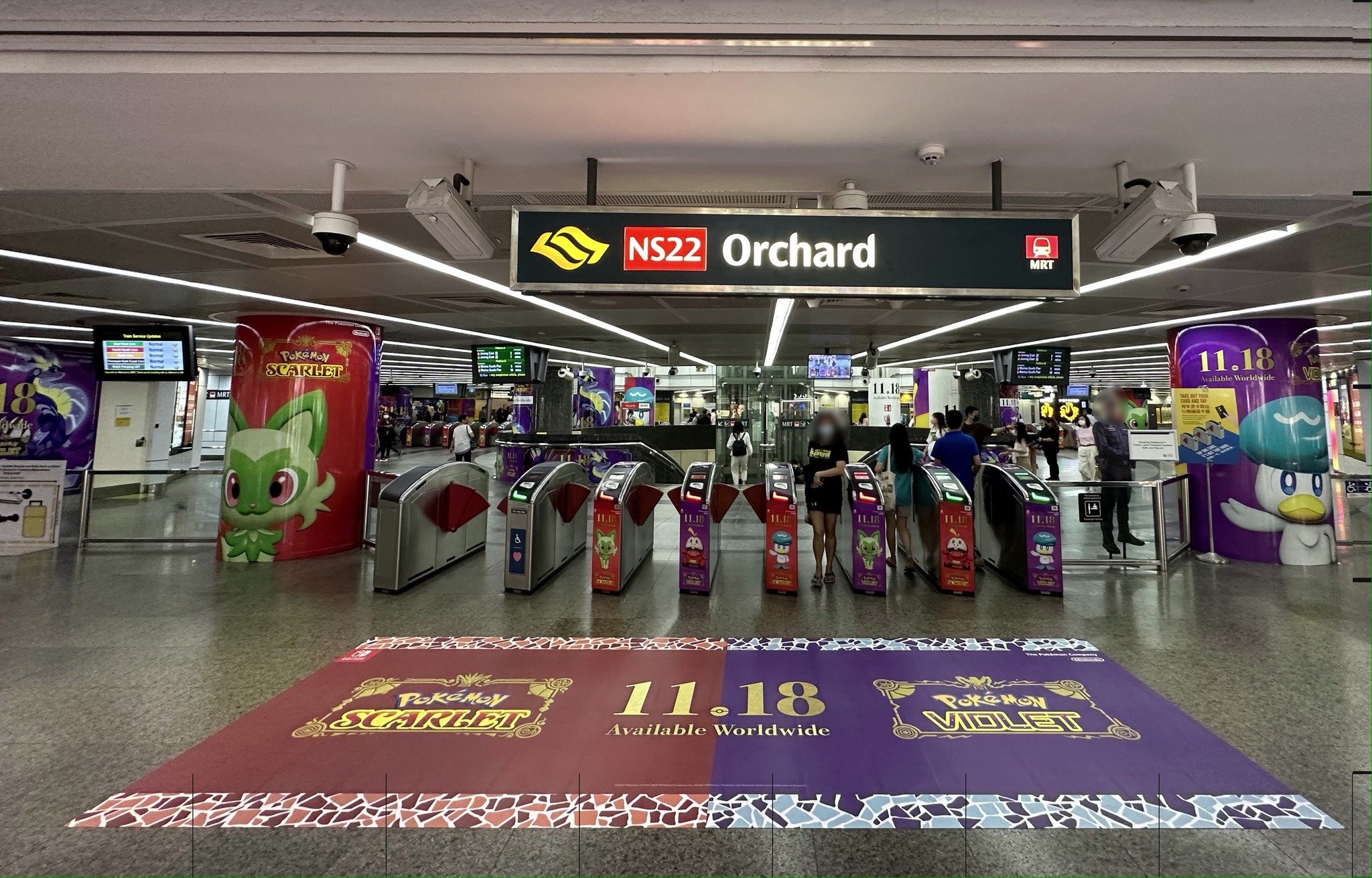 Graphics of the new starter Pokémons cover the station’s pillars, greeting commuters on the main platform. Besides adorning entire pillars, various Pokémons including the beloved Pikachu mark each gantry, as if welcoming you to the station or waving goodbye as you leave. 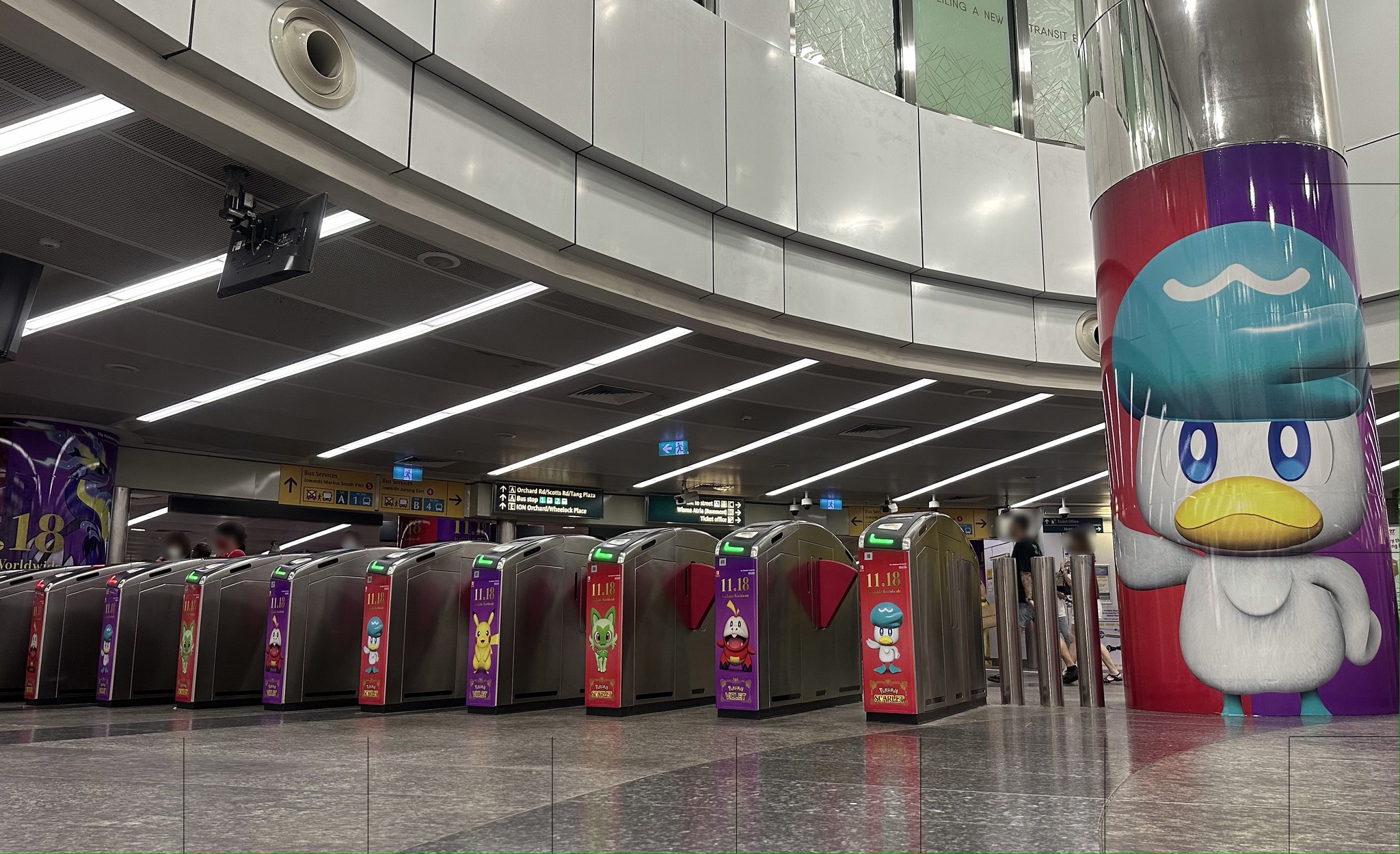 Besides Pikachu, the gantries feature alternating starter Pokémons like Sprigatito, Fuecoco, and Quaxly, so you can choose to pass through the one you like best. 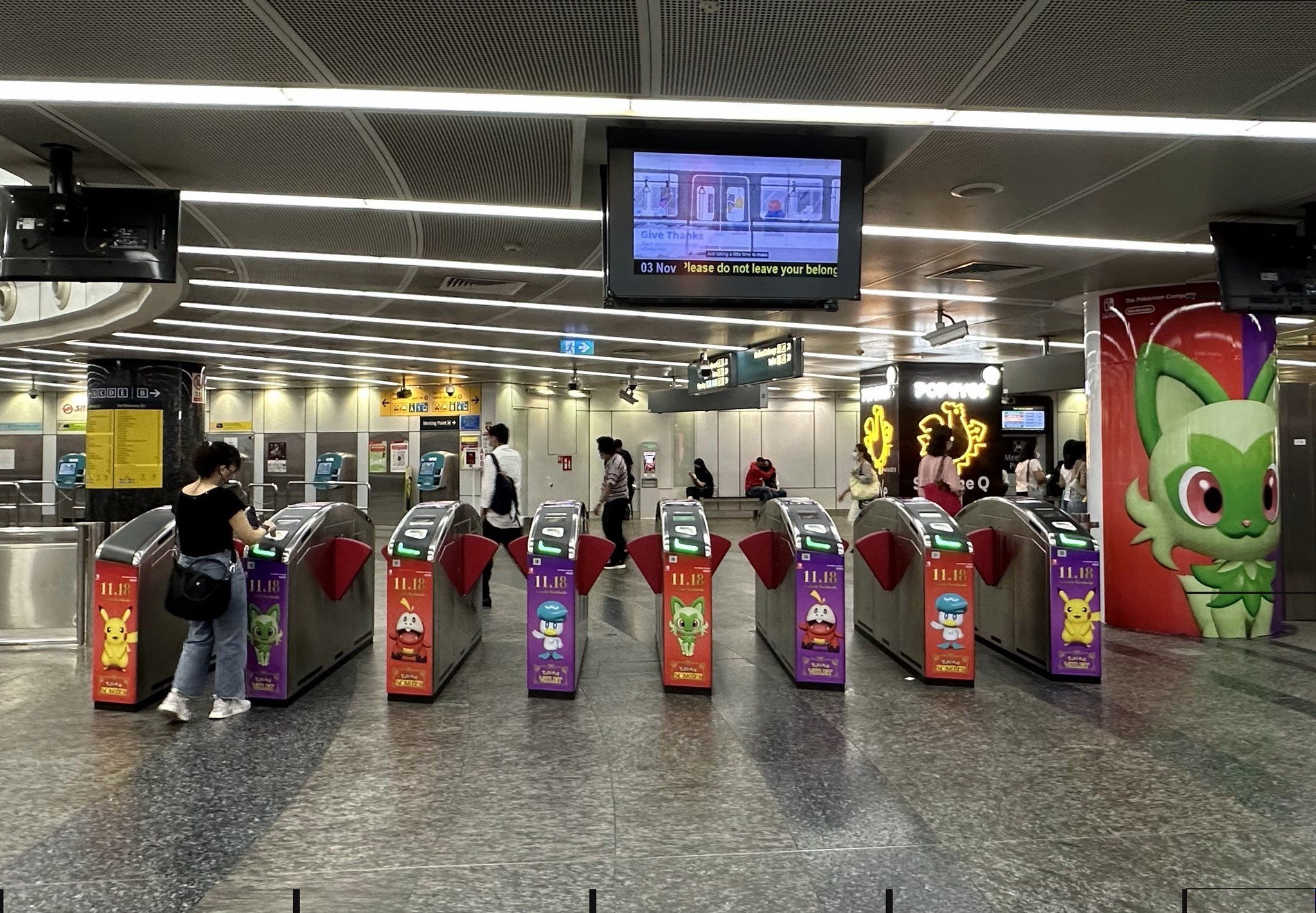 Meanwhile, large posters of the legendary Pokémons Koraidon and Miraidon are on display on some walls, giving fans a glimpse of what they can expect when they play the game. 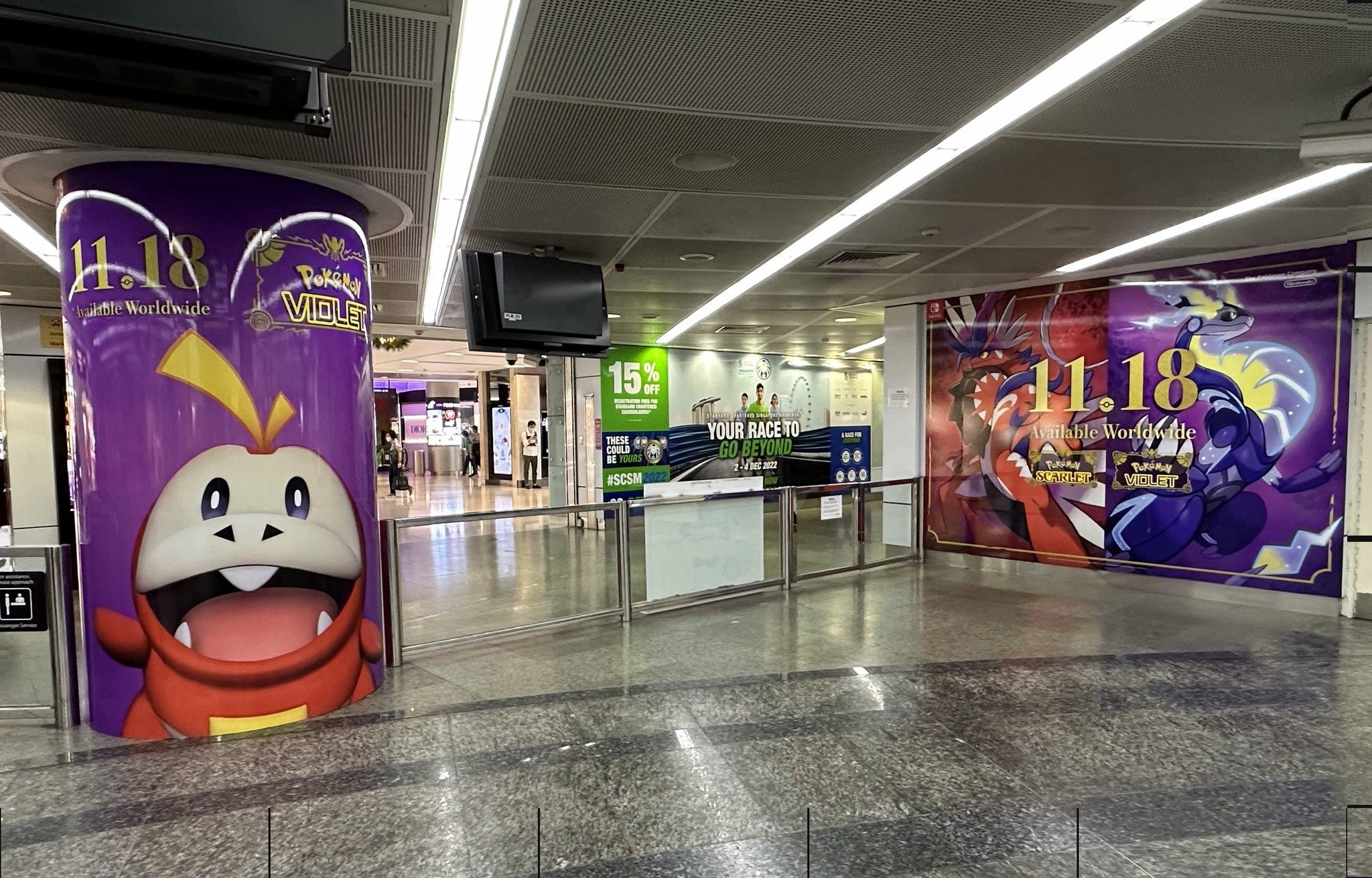 With their fierce yet majestic appearances, it feels like they’re standing guard to ensure our safe travels.

According to Polygon, Pokémon Scarlet and Violet will be released on 18 Nov on Nintendo Switch.

The developers announced the first details of the game, such as the names, on Pokémon Day in February.

The advertisements at Orchard MRT, however, will only be available from 3 to 30 Nov 2022, so do head down to catch a glimpse of them soon before they disappear.